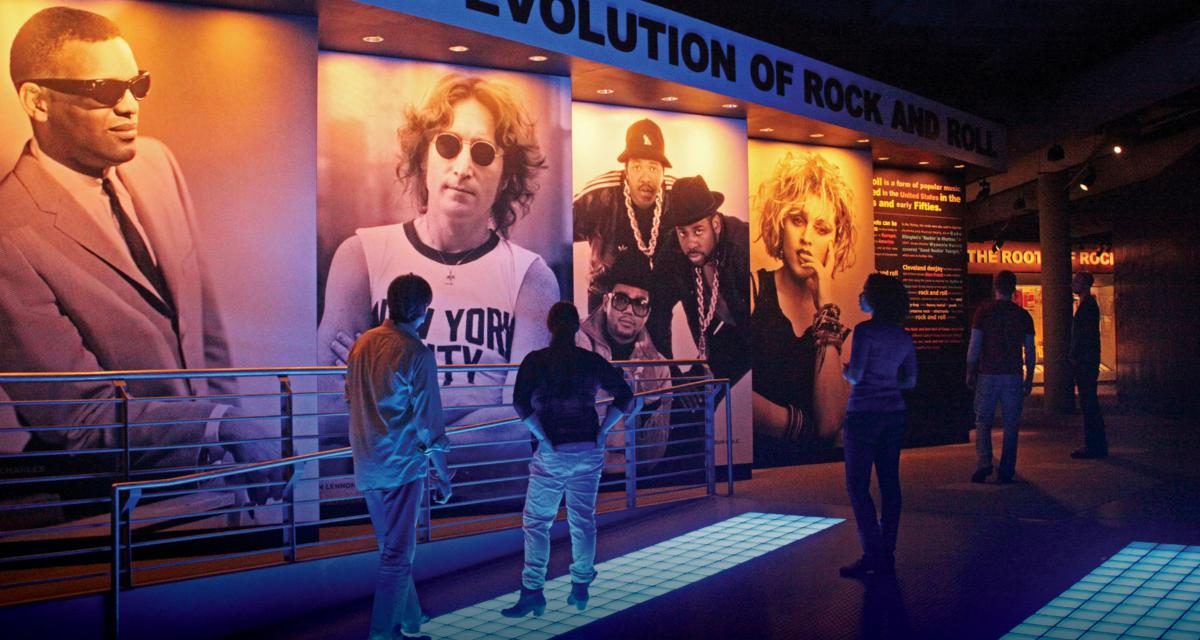 These museums honor legends in aviation, sports and music

American creativity and ingenuity have given the world rock music, football and flight, and it’s logical those disciplines all honor their best in Ohio. The state has been a cultural crossroads for centuries, and the heart of the Midwest is a perfect destination not just for travelers, but for these contributions to American culture as well. Whether your group prefers a flying pigskin or gliding airplane, Ohio is home to a hall of fame that will amaze your group. 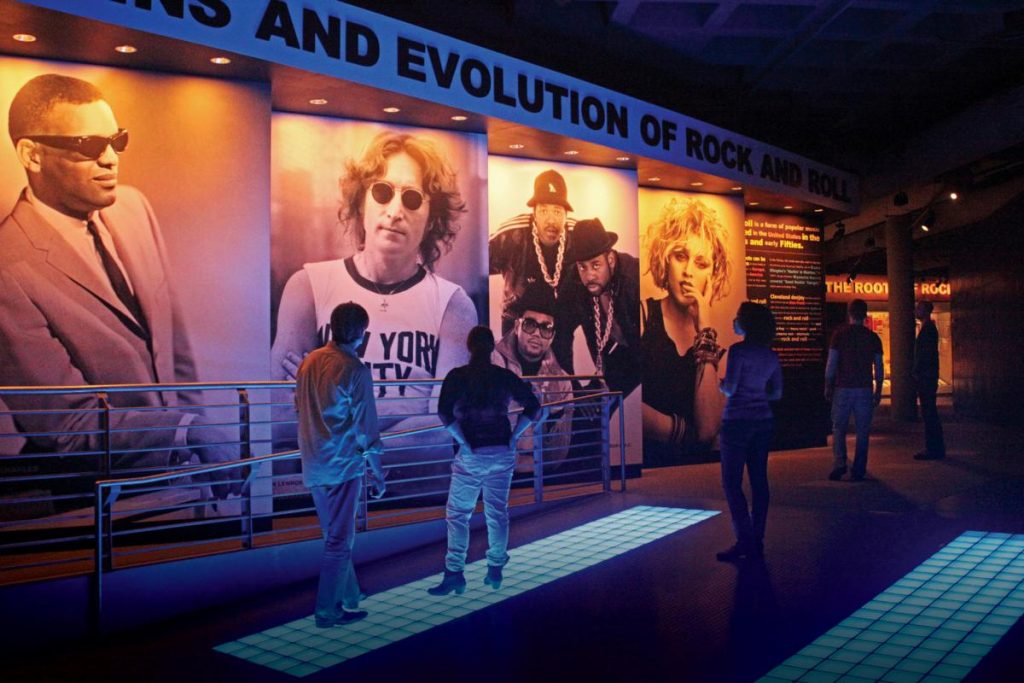 Local Cleveland DJ Alan Freed coined the term “rock ‘n’ roll” in 1951 after hearing a new breed of energetic music that blended blues, country and R&B. Rock music would soon take youth culture by storm, and groupscan explore its history in this enormous I.M. Pei-designed glass pyramid along the Lake Erie shore. Begin with the “Legends of Rock” exhibit in the museum’s basement, which chronicles the genre’s evolution from the Mississippi Delta blues tradition to a global phenomenon. Iconic items like Michael Jackson’s sequin glove and David Bowie’s Ziggy Stardust costume are on display, and there are dedicated areas to the British Invasion and classic hip-hop. Nearby is the “Cities and Sounds” area, which explores the scenes and subgenres of America’s urban areas. Memphis soul, San Francisco psychedelia, Los Angeles punk and Seattle grunge are all represented, along with an area dedicated to local Cleveland bands. Younger group members will want to explore “Right Here, Right Now,” which includes items donated from contemporary acts like Taylor Swift, Beyonce and Bruno Mars.

Next, head upstairs to the “Power of Rock Experience,” a multimedia “concert” created by Academy Award-winning director Jonathan Demme. The 12-minute film is projected in a theater that simulates a concert, complete with smoke effects, rumbling seats and songs performed by Bruce Springsteen, Metallica and Prince. The floor is also home to the Hall of Fame itself, which includes signatures of every member and a designated display area for 2018 inductees Bon Jovi, Dire Straits and Nina Simone. 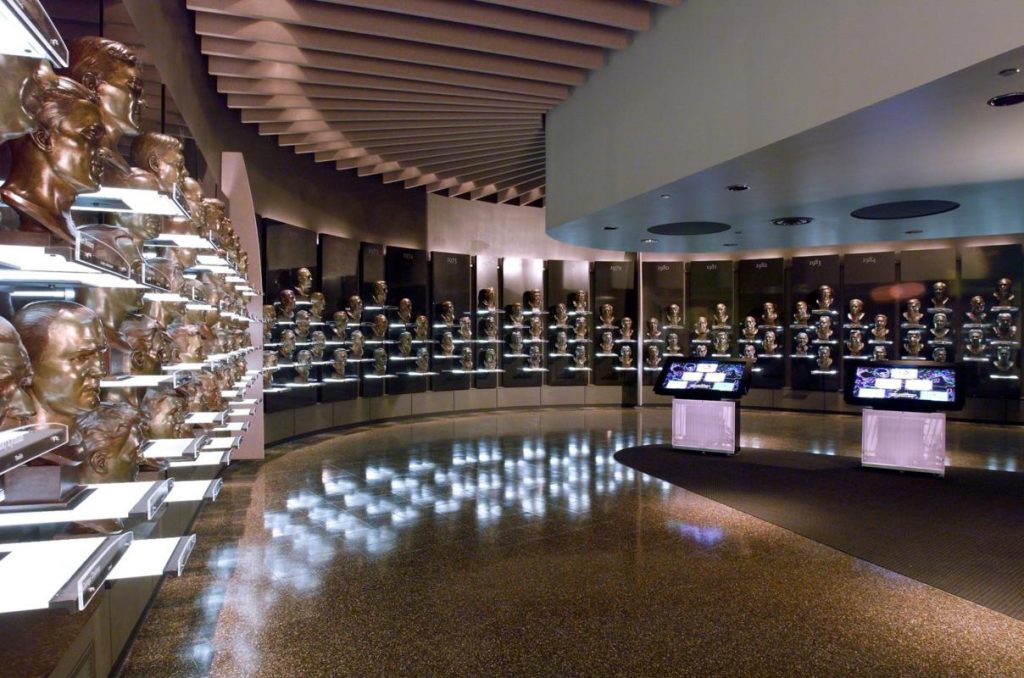 Legends of the gridiron are honored in this enormous complex that includes a museum, athletic fields and soon an adjoining hotel and waterpark. Groups will spend the most time in the museum building, an 118,000-square foot space that honors America’s most popular sport with galleries, films and interactive exhibits. Begin your tour in a rotunda that chronicles the history of the National Football League, which was established in Canton in 1920. Group members can see memorabilia from every NFL franchise, wear regulation pads or channel their inner referee and step inside an instant replay booth. Continue through the building and take a seat for the hall’s newest experience: “A Game for Life.” This cutting-edge, multisensory theater attraction features holographic versions of Joe Namath, George Halas and Vince Lombardi interacting with a “magical chalkboard” to discuss how football can instill lifelong lessons of commitment and integrity. Next is the Lamar Hunt Super Bowl Gallery, which contains memorabilia from every Super Bowl such as jerseys, rings and trophies. The adjoining Super Bowl Theater chronicles the seasons of the previous season’s AFC and NFC champions. Conclude your visit to the Hall of Fame Gallery, where busts of every member are displayed along with touchscreens that allow you to sort inductees by team, position and induction year. 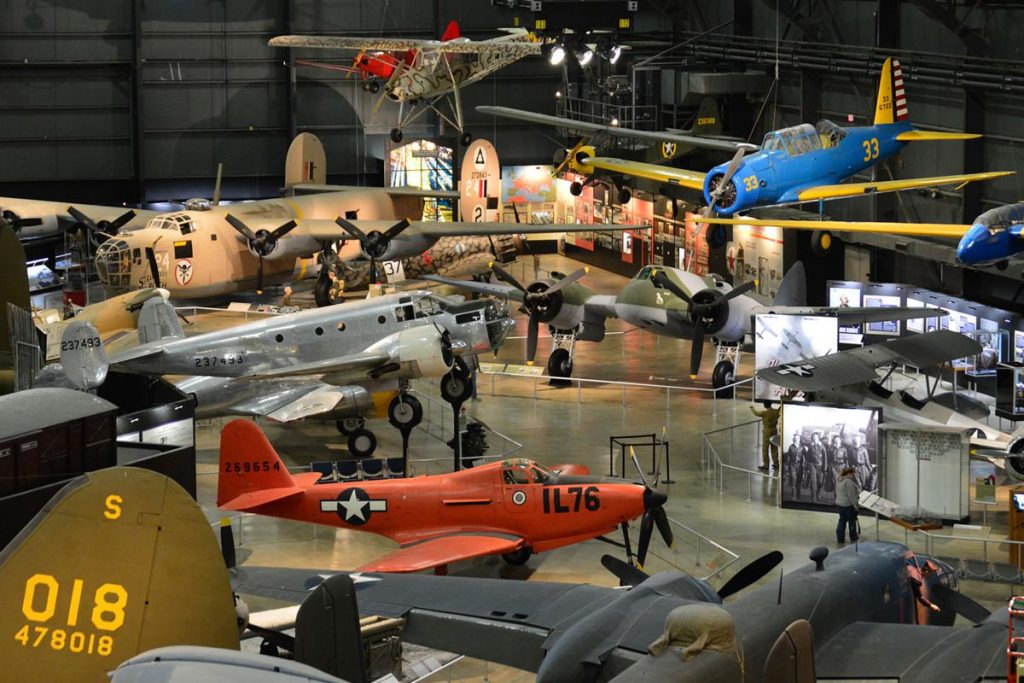 When Ohio bicycle entrepreneurs Wilbur and Orville Wright invented the first successful airplane in 1903, they had no idea their hometown of Dayton would bloom into the “Aviation Capital of the World.” Today, the area is home to 19 fields, museums and historic sites that showcase aerospace’s past and continued innovation, most notably the National Aviation Hall of Fame. This free experience houses artifacts by early innovators like the Wright Brothers and iconic “Golden Age of Flight” pilots such as Charles Lindbergh and Amelia Earhart. Various interactive kiosks allow visitors to read biographies of every enshrinee, and the rotunda displays portraits of every Hall member. Attached to the hall is the National Museum of the U.S. Air Force, an enormous facility that houses a B-2 stealth bomber, a Wright Brothers plane and the Air Force One aircraft that flew John F. Kennedy’s remains from Dallas to Washington, D.C. Groups with further interest in flight should explore the area’s many other aviation attractions, starting with the Dayton Aviation Heritage National Historical Park. This property includes the Huffman Prairie Flying Field, where the industrious Wright Brothers perfected their airplane prototype, and the Paul Lawrence Dunbar House, former residence of the Wright Brothers’ childhood friend and noted African-American poet. Also of interest is the Wright Cycle Company Complex, the Victorian storefront where the brothers honed their engineering skills on bikes before advancing to aircraft.