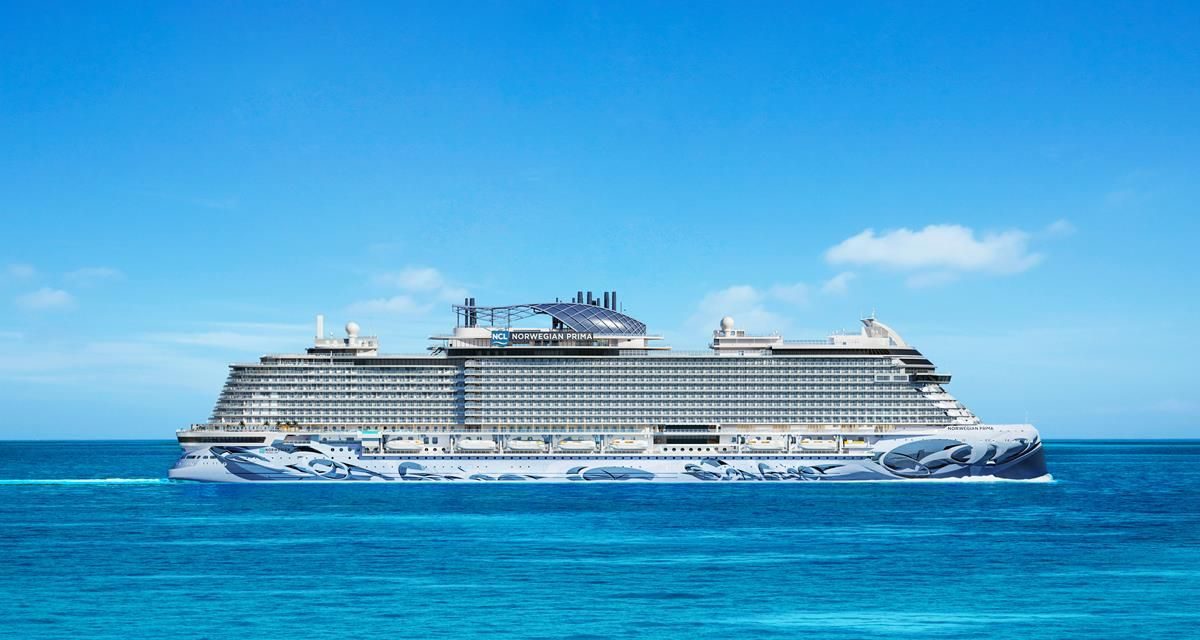 Norwegian Cruise Line continues to grow, and its Prima Class vessels are building excitement. The first is the Norwegian Prima, currently under construction and set to debut in August.

She’ll be offering inaugural voyages to Northern Europe beginning August 12 from Southampton, England, Amsterdam and Reykjavik, Iceland. Then the Prima will do Bermuda sailings from New York City beginning October 6. Caribbean itineraries will begin on October 27.

The Norwegian Prima is the first of six vessels in the Norwegian Cruise Line’s Prima class. This cutting-edge class will bring new dining and beverage venues, taking the line’s food and beverage innovations to new levels.

Katy Perry Will Be Godmother 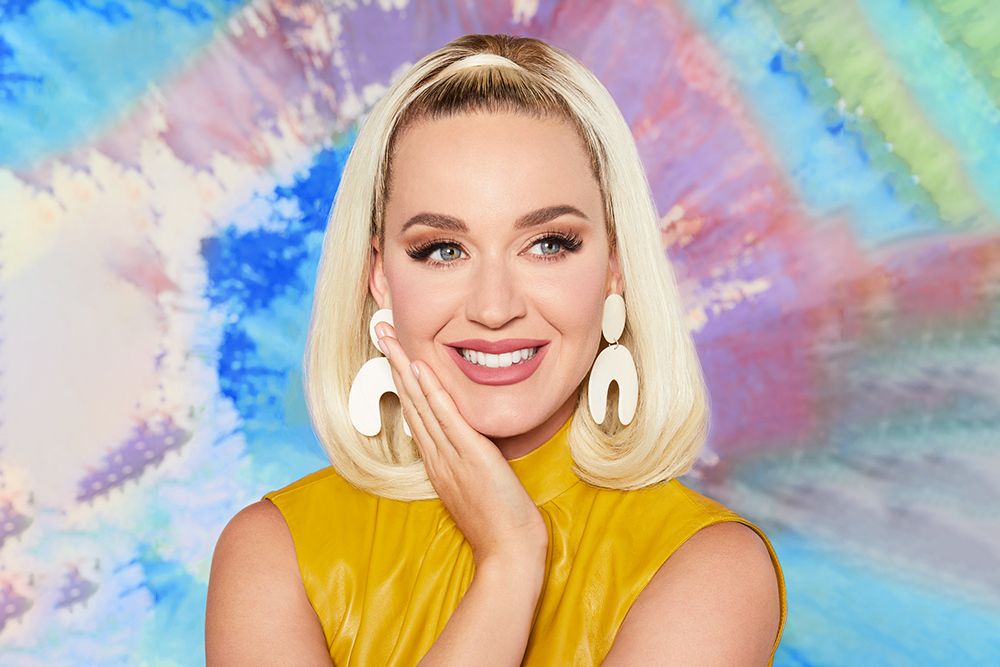 “My most favorite way to vacation with my family is on the water,” Perry says in a release. “Every morning that you wake up, you get to experience an incredible new view. I love that I get to christen her with my good vibrations, and I’m so excited for this new, beautiful, high-end, high-tech ship to take the seas and provide once-in-a-lifetime vacations for so many families.”

The highly regarded tradition of appointing a ship’s godmother to officiate a ceremonial breaking of a champagne bottle on the ship’s bow to bid the vessel and its travelers “good fortune” dates back many centuries. A fun fact about the Norwegian Cruise Line: godfathers have christened its ships. One was Pitbull, who served as the godfather of the Norwegian Escape, which was christened in 2015.

More about the Norwegian Prima

While onboard, guests can enjoy Ocean Boulevard, which features multiple infinity pools, as well as Oceanwalk glass bridges that provide destination and ocean views. A new upscale international open-air dining marketplace is called Indulge. And the Concourse features an outdoor sculpture garden with “Instagrammable” installations by artists Alexander Krivosheiw and David Harber. 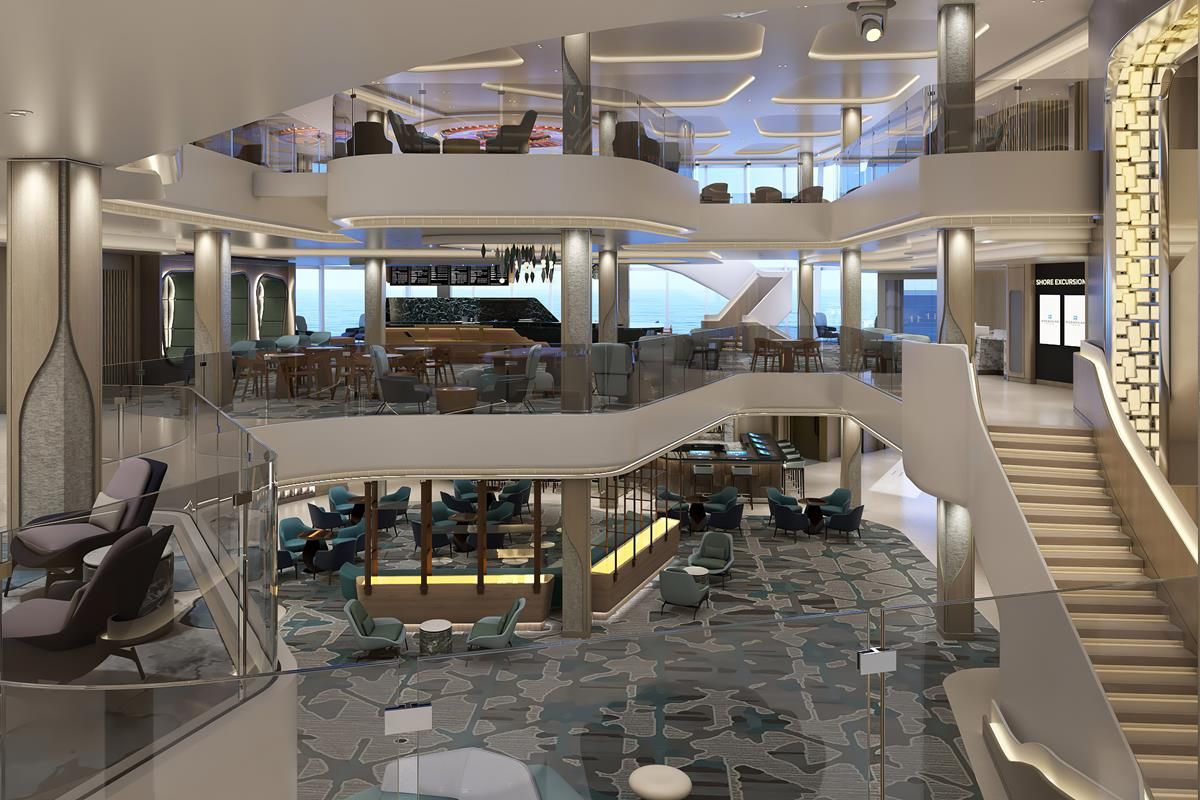 One focal point of the Norwegian Prima is the Penrose Atrium. A first for Norwegian Cruise Line, the Penrose Atrium is a three-story, glass-wall space that spans decks six, seven and eight. A large-scale chandelier custom built by the renowned Czech lighting design firm Lasvit will feature moving fixtures weighing more than 7,300 pounds. The light feature conveys the feeling of the sun rising on the horizon and surrounds a three-level wall art piece that resembles a topographic map. High-end shops will also be located throughout the Penrose Atrium’s three levels. Penrose will be home to the decanter-inspired Whiskey Bar, where guests can enjoy a curated selection of drinks; the Penrose Bar, which features video poker machines; and Prima Casino.

The Norwegian Prima has a 750-seat theater that can be transformed into a night club, a dancehall or a stage for a game show.

Another difference on the Norwegian Prima? Norwegian Cruise Line has invested $6 million in art, including more than 700 pieces of commissioned originals. 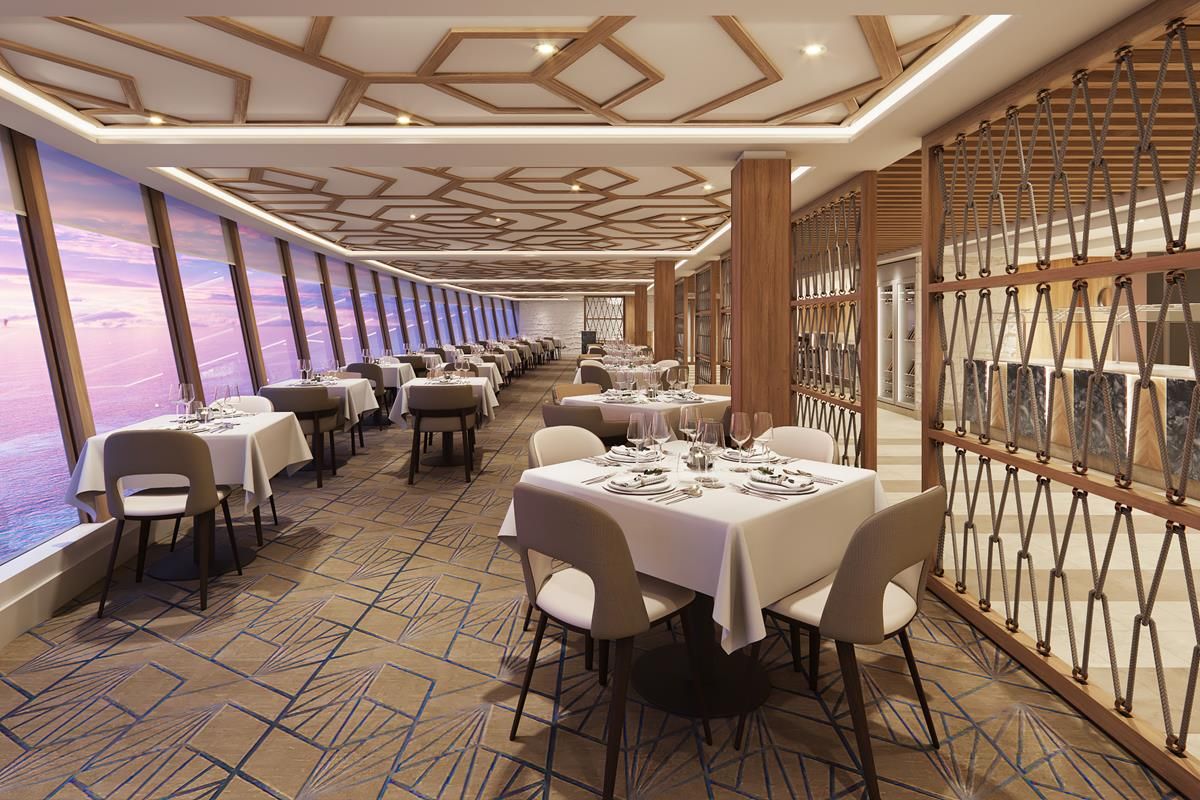 Other Culinary Experiences on the Norwegian Prima

Norwegian Cruise Line has been an innovator in food and beverage for more than three decades. It was the first cruise line to offer specialty dining and introduced Freestyle Cruising, a concept that gave guests the choice of when and where they wanted to dine. On the Norwegian Prima, enhancements have been made with Le Bistro, Food Republic, Cagney’s Steakhouse and the Observation Lounge.

The Surfside Cafe and Surfside Grill, located on Deck 17, feature a diverse menu, with self-serve casual dining, plus items prepared “a la minute” upon a guest’s request. 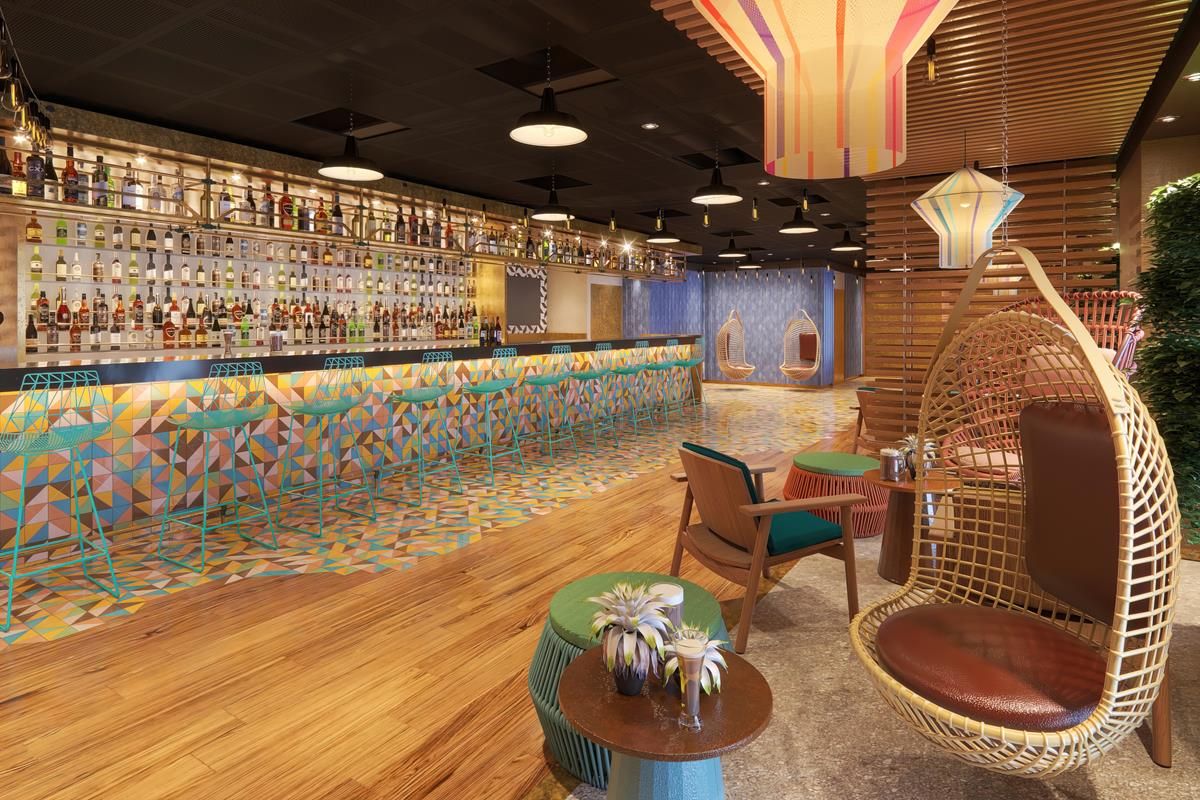 The new Metropolitan Bar will premiere on the Norwegian Prima as part of the Norwegian Cruise Line’s Sail and Sustain Program. Metropolitan Bar features responsibly crafted, zero-waste cocktails that have been prepared with surplus ingredients, and offers a fully sustainable spirits menu and biodynamic wines.

Norwegian Cruise Line has been working with “The Drinks Business” Green Awards 2020 recipient, Gerard Bertrand, and the Metropolitan Bar showcases more than 20 biodynamic wines that have been produced using organic farming methods such as employing compost as fertilizer and avoiding many pesticides.

Norwegian Cruise Line has once again partnered with James Beard Award nominee and Bar-Lab founder Gabe Orta to pair elevated libation with sustainability-focused practices. The Metropolitan Bar has a signature sustainably made cocktail called the Primadonna. A play on the Old Fashioned, it’s crafted using surplus banana peels with Flor De Cana rum that is produced with 100% renewable energy. 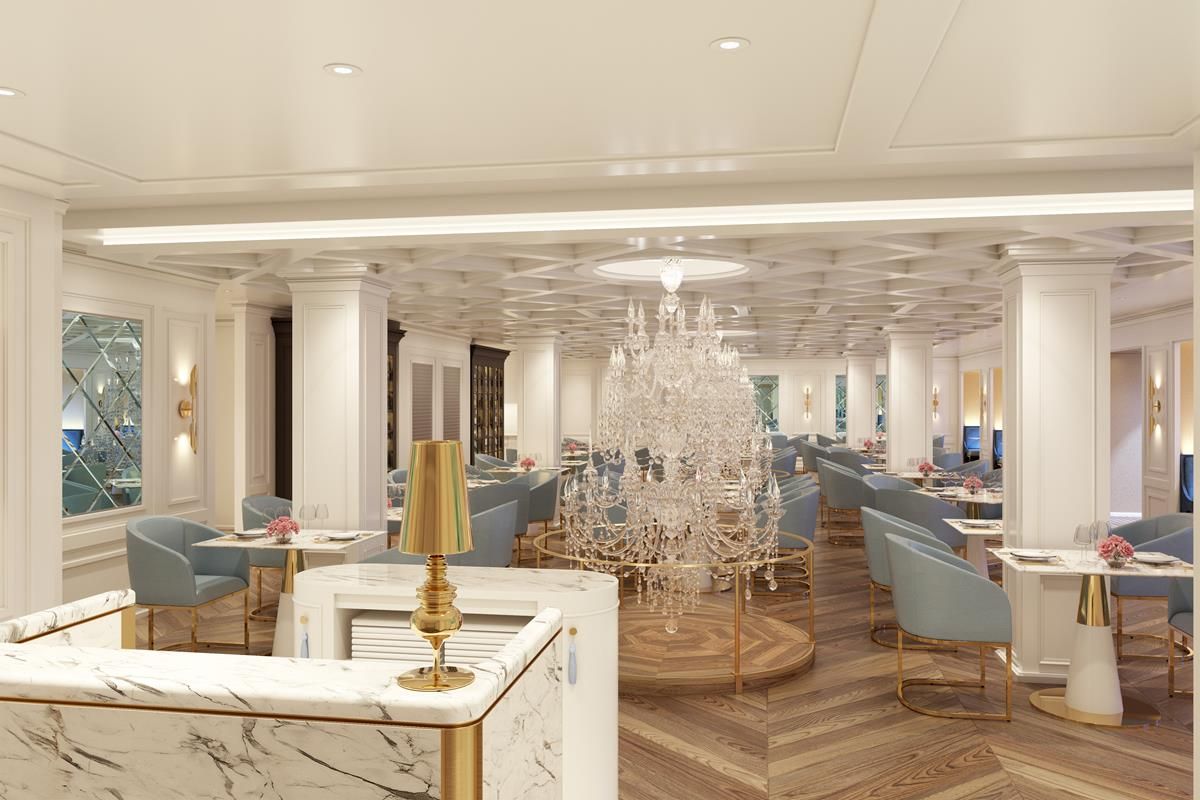 Returning Favorites on the Norwegian Prima

Cagney’s Steakhouse has a refreshed design and features new decor that celebrates the 20th-century architecture of Chicago. Food Republic, the Asian-fusion specialty venue, has an elevated decor as well as a larger restaurant space and better views of the outdoors. Le Bistro, a French specialty restaurant, showcases a sophisticated decor, including three floor-to-ceiling chandeliers.

Norwegian Cruise Line will have six ships in the Prima class. After the Norwegian Prima, the Norwegian Viva is scheduled to debut in 2023. Four other Prima-class ships will enter service in 2024, 2025, 2026 and 2027. These ships are each 142,500 gross registered tons and will accommodate 3.250 guests based on double occupancy.

As a member of Norwegian Cruise Line’s new class of ships, the Norwegian Prima offers some elevated experiences and provides an exciting new option to consider when you organize and book your group’s next cruise.