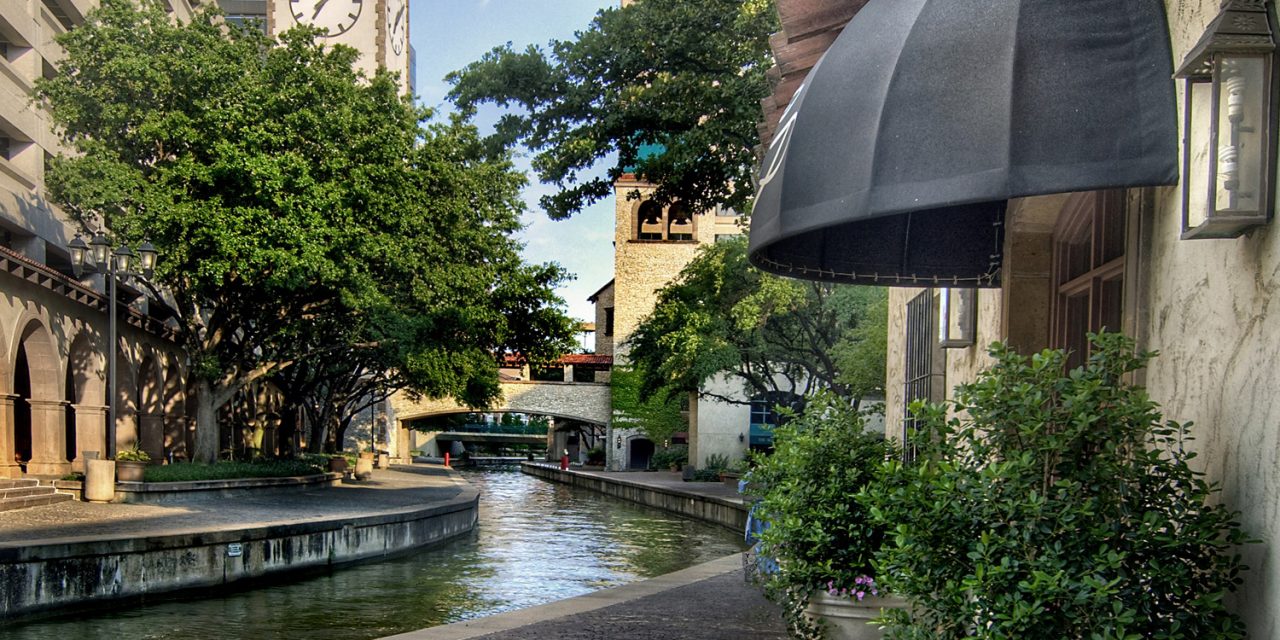 In the Metroplex, you can see it all when big cities are minutes away from rustic towns—topped off with that country flair that makes Texas, well, Texas

Residents of the area informally refer to it as the Dallas/Fort Worth Metroplex, DFW, or the Metroplex. According to the North Texas Commission (NTC), the term originated from an ad agency’s combination of the terms “metropolitan” and “complex.” It encompasses 9,286 square miles, making it larger than the states of Rhode Island and Connecticut combined. Here are seven must-see cities and attractions to explore in the Metroplex.

Known as “Where the West Begins,” Fort Worth is the place to channel your inner country. The Old West comes to life, especially during the Fort Worth Herd’s twice-daily cattle drive in the Stockyards National Historic District. While there, stop in Billy Bob’s Texas—the World’s Largest Honky-Tonk—or catch a rodeo at Cowtown Coliseum. Learn all about Annie Oakley, Georgia O’Keeffe, Patsy Cline and Jessie from Toy Story 2 at the National Cowgirl Museum and Hall of Fame, the only museum in the world dedicated to honoring women of the American West. Texas Civil War Museum is the largest Civil War museum west of the Mississippi. At the Vintage Flying Museum, see dozens of rare and historic aircraft, from bombers to fighters to civilian planes, and memorabilia from World War II. Amon Carter Museum of American Art and Kimbell Art Museum, in close proximity of each other, abound with masterpieces. The Fort Worth Water Gardens is a beautiful and refreshing oasis located downtown, adjacent to the Fort Worth Convention Center. Sundance Square is a dazzling, 35-block shopping and entertainment district. Did you know that over half of the nation’s currency order is produced in Fort Worth? Learn how billions of dollars are printed at the Bureau of Engraving and Printing‘s (BEP) state-of-the-art Tour and Visitor Center. 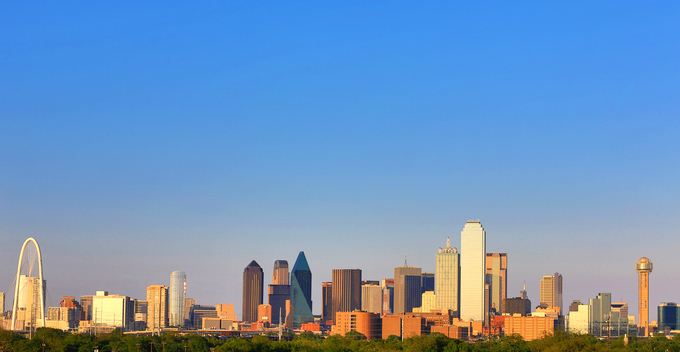 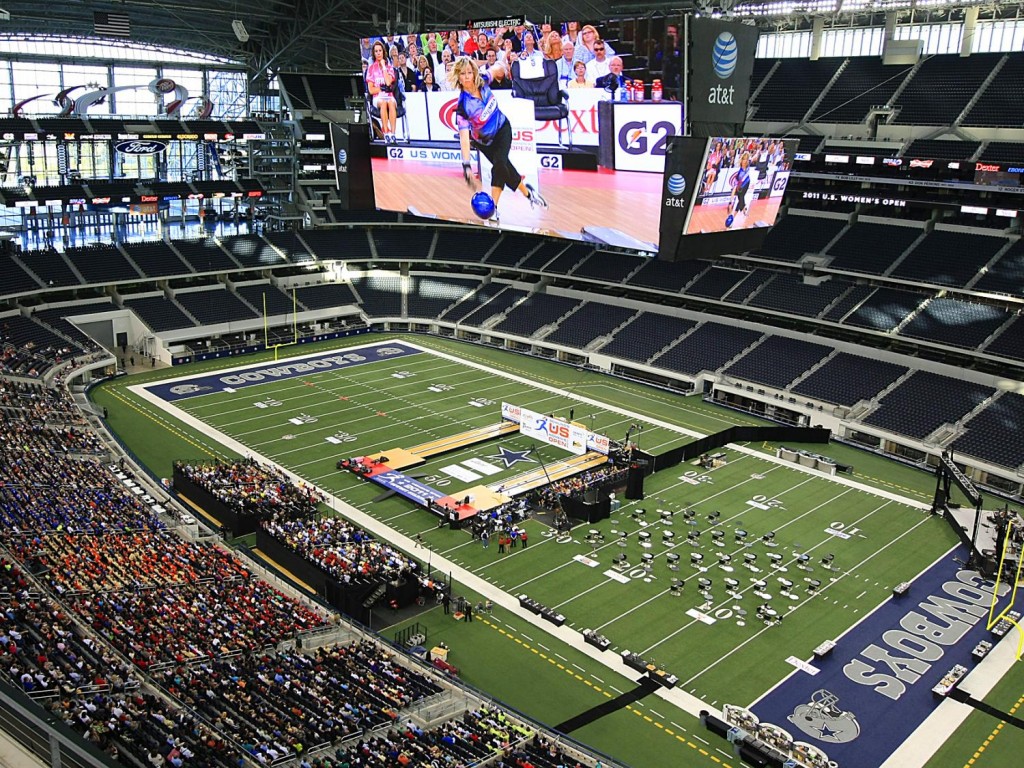 Six Flags Over Texas theme park and Six Flags Hurricane Harbor water park anchor Arlington’s entertainment district. At the International Bowling Museum and Hall of Fame, located just across the street from Six Flags, explore early Egyptian bowling games, see what Middle Age lawn bowling was like and actually bowl on the “Highway 66” mini lanes. The Levitt Pavilion’s performing arts stage offers the perfect setting for an array of programs in music, dance and performance art. Tour and enjoy the tea garden at Top O’ Hill Terrace, known as “Vegas Before Vegas,” which was once alive with gambling and nightlife in the early 1920s. AT&T Stadium, home of the NFL Dallas Cowboys, and MLB Rangers’ Globe Life Park are available for tours; if the season’s right, catch a game!

Grapevine holds true to its name in its wine tour offerings. With Grapevine Wine Tours you’ll sample vintages from Grapevine’s most-acclaimed wineries while your tour guide recounts the history of wine-making in North Texas. Delaney Vineyards & Winery, the largest vineyard in North Texas, is in a French chateau-inspired building with an Old World feeling and a Texas twist. Hop aboard Grapevine Vintage Railroad and ride the rails along the historic Cotton Belt Route between downtown Grapevine and the Fort Worth Stockyards. Riders can wine and dine or simply enjoy the ride in authentic Victorian-style coaches that simulate the early 1900s. You’ll want to stop at the 9/11 Flight Crew Memorial, the nation’s only memorial specifically honoring the 9/11 air personnel.

The Mustangs of Las Colinas, located in Williams Square of Las Colinas Urban Center, are nine giant bronze statues of galloping mustangs—the perfect photo spot and largest equestrian sculpture in the world. Nearly everyone has had some experience with the Boy Scouts; visit the National Scouting Museum of the Boy Scouts of America and learn about the evolution of the organization. Heritage Park features historic structures including one of the city’s original cabins, a windmill and a reconstructed railroad depot. The waterways of the Mandalay Canals and Lake Carolyn in Irving’s Las Colinas Urban Center are home to neo-Venetian gondolas available for rides.

You won’t want to miss life-size wax characters and the mysteries of The Palace of Wax and Ripley’s Believe it or Not! Watch a performance at historic Uptown Theater, a fully restored 1950s theater and performing arts center. For another taste of Texas, see exciting thoroughbred and quarter horse racing at Lone Star Park or browse Traders Village, Texas’ largest weekend flea market. It spans 120 acres with more than 3,500 dealers every weekend.

Recently relocated from Dallas’ Fair Park, the Museum of the American Railroad has transported its collection of more than 40 pieces of railroad rolling stock and historic structures to its new home in Frisco. Bronze Cattle Drive Depictions is the longest themed bronze sculpture collection in the nation where longhorns, cowboys and a chuck wagon bring the Shawnee Trail to life.