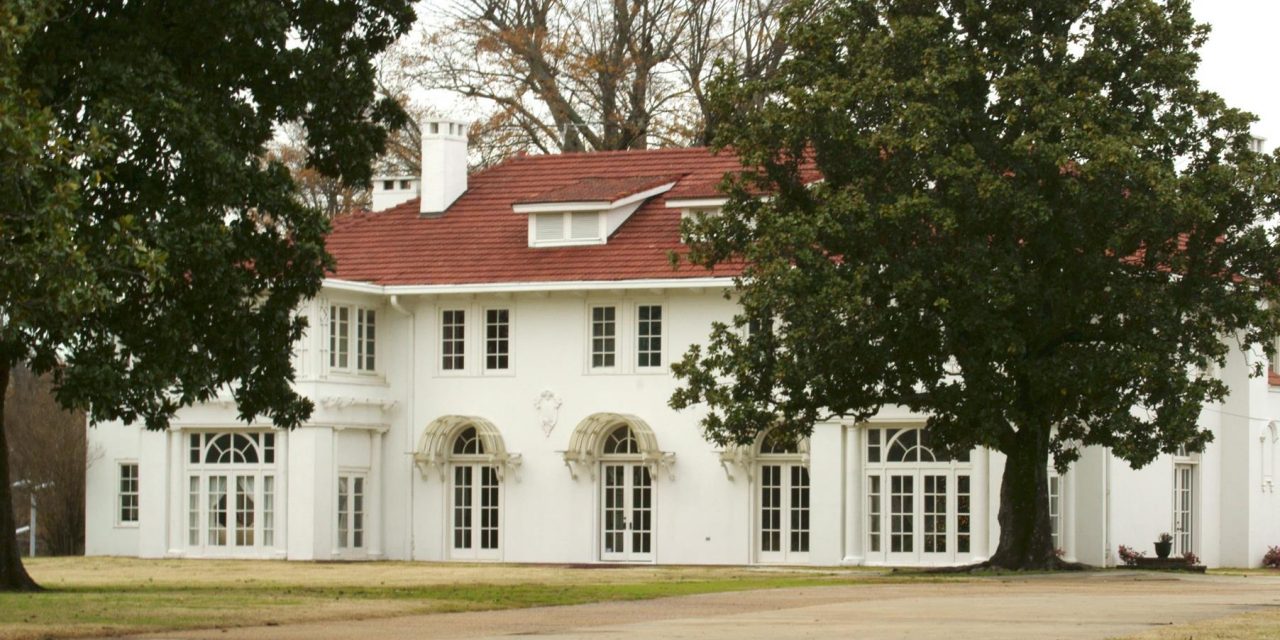 Mississippi writers have made vast contributions to the literary world. The state has produced a poet laureate, a Noble Prize winner, a National Book Award recipient and a Pulitzer recipient. Every region of the state will have inductees in the Writers Trail.

Born 1909 in Jackson, Welty is considered an important author of the 20th century. Although many of her stories were set in the South and portray the region’s language and culture, many critics believe Welty’s themes transcend regional lines. Her novel The Optimist’s Daughter won the Pulitzer Prize in 1973, while a Presidential Medal of Freedom and Order of the South have also been awarded to Welty. 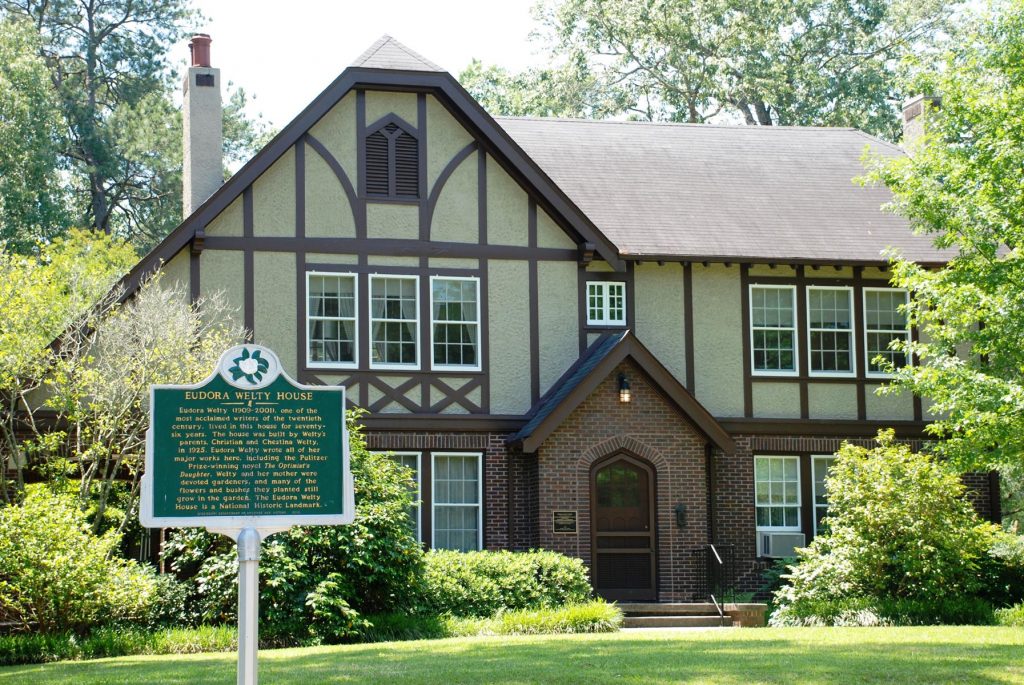 Her house in Jackson is designated a National Historic Landmark and open to the public. Her parents built the Tudor-style home in 1925. She resided in the Eudora Welty House for almost 80 years writing in an upstairs bedroom. Guided tours of the house and garden are offered Tuesday through Friday and second Saturdays. A group rate is available and reservations can be made by calling 601-353-7762, or weltytours@mdah.state.ms.us.

Born in Birmingham, Alabama she moved to New Orleans with her family and attended school and college before moving to Chicago. She is a Northwestern graduate. The following year, she began work with the Federal Writers Project, a President Franklin D. Roosevelt depression project. She was an active part of the Chicago Black Renaissance and in 1943, she married Firnist Alexander and moved to Jackson. She obtained a masters degree from the University of Iowa and returned to obtain a Ph.D. in 1965. Her 1942 collection For My People won the Yale Series of Younger Poets Competition. One of her best-known works, Jubilee, tells the story of a slave family during and after the Civil War.

Walker was a literary professor at what is now Jackson State University from 1949-70. Open to the public, the Margaret Walker Center honors her academic and artistic contributions with collections and exhibits of her work. Open Monday – Friday groups are welcome. You can make reservations by calling 601-979-3935, or email mwa@jsums.edu.

Born 1921 in Carrollton, Mississippi, upon graduation from Belhaven College in Jackson, Spencer taught at Northwest Community College for two years and obtained a master’s degree from Vanderbilt University. She accepted a position at the Nashville Tennessean, but returned to teaching at the University of Mississippi. In 1953, she was awarded the prestigious Guggenheim Fellowship and traveled to Italy to pursue a writing career. In Italy, she married John Rusher and the couple moved to Montreal in 1956 where they remained for 30 years before moving to Chapel Hill, North Carolina. She taught creative writing until her retirement.

Spencer’s first novel, Fire in the Morning published in 1948 was followed by eight additional novels and eight short story collections. The Light in the Piazza, published in 1960, was adapted to the wide screen in 1962 and became a Broadway musical in 2005. Elizabeth Spencer was a five-time recipient of the O. Henry Award for short fiction. The Mississippi Writers Trail marker honoring Elizabeth Spencer is located in front of the Merrill Museum on the Carrollton Courthouse Square. visitcarrolltonms.com/

Born in New Albany, Mississippi, Faulkner was the oldest of four brothers. After his first birthday, the family moved to Ripley and just prior to his fifth birthday the family moved to Oxford. His mother, maternal grandmother and Callie Barr, the African American nanny that raised him, introduced and influenced Faulkner’s view of visual language. Less than the perfect student, he often played hooky, repeated the 11th and 12th grades and never received a high school diploma.

However, Faulkner was an outstanding listener and grew up hearing stories about the Civil War, slavery, the Faulkner family and the region they lived in. Faulkner is best known for his novels and short stories set in the fictional Yoknapatawpha County, not surprisingly based on Lafayette County where he resided much of his life. 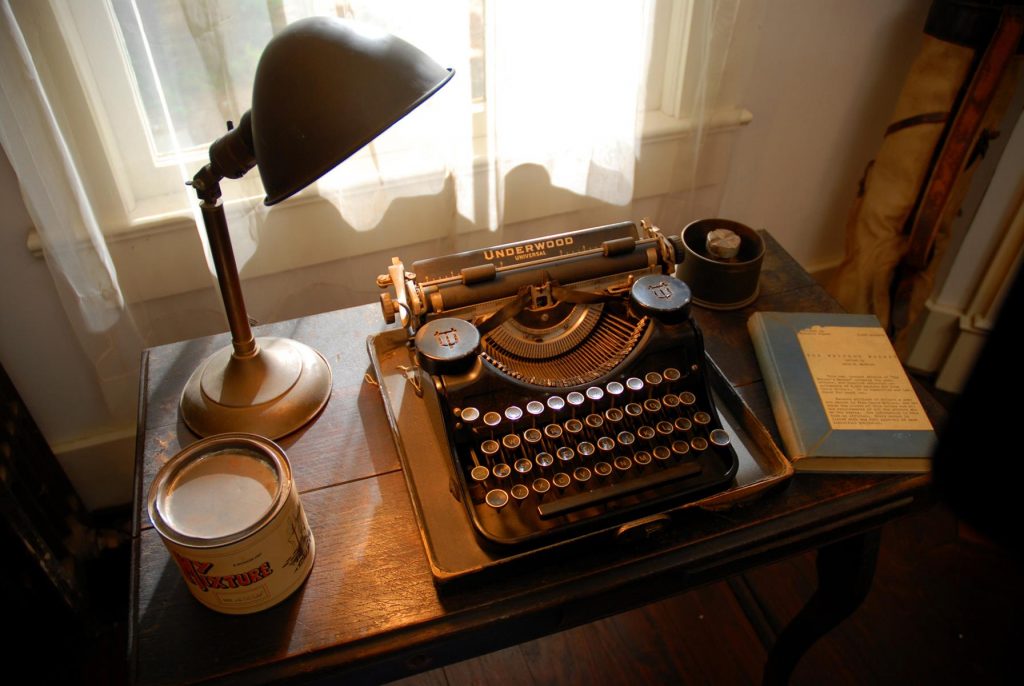 Some of his most notable works are The Sound and the Fury (sixth on the list of the 100 best English language novels in the 20th century), As I Lay Dying, A Rose for Emily and Light in August. In 1949, Faulkner was awarded the Nobel Prize for Literature. Twice he received the Pulitzer Prize for Fiction and twice the National Book Award.

The Mississippi Writers Trail marker honoring William Faulkner is located at Rowan Oak, home to the writer and his family for more than 40 years. The 29-acre property is located just south of the Oxford Square. Faulkner’s years at Rowan Oak were prolific as he brought much of his outstanding work to life there. Both adult and youth groups are welcome Tuesday through Saturday.  Significant Faulkner materials reside at the University of Mississippi.

The Mississippi influence on playwright Tennessee Williams had a lasting impact. Born in Columbus, Mississippi, the family shortly thereafter moved to Clarksdale. Although Williams struggled early in his career with both education and his writing, The Glass Menagerie turned the tide for him. A Pulitzer Prize winner, some of his other most notable works are Summer and Smoke, Cat on a Hot Tin Roof, Orpheus Descending, and A Streetcar Named Desire. In total, he authored more than two dozen plays, 10 screenplays, more than 70 one-act plays, numerous short stories and two novels.

The Tennessee Williams Mississippi Writers Trail Marker is located at Cutrer Mansion in Clarksdale. A young Tom Williams (later to become Tennessee Williams) often visited with his grandfather Rev. Walter Dakin. The Cuterers and the Mansion inspired characters and settings in several of Williams’ plays.

Friends since their 1940s teenage days in Greenville, Mississippi, the two began a correspondence that continued until Percy’s death in 1990. A highly regarded writer, Walker Percy wrote six novels, most notably The Moviegoer, numerous essays and two philosophical volumes. Shelby Foote had modest success as a novelist, but his reputation is mostly tied to his three-volume narrative history of the Civil War and his role as commentator of Ken Burn’s The Civil War.

The two writers are recognized together as a result of The Correspondence of Shelby Foote and Walker Percy. The story traces their lives from the beginning of their careers, including ambitions, artistic challenges and problems. Although serious problems were discussed, good-natured kidding and sly humor are transparent throughout the letters. Both markers are located in front of the E.E. Bass Cultural Arts Center in Greenville. The Center is home to the Greenville Arts Council and houses GAC sponsored exhibits.

As you build your Mississippi itinerary, be certain to include as many stops on the Mississippi Writers Trail as possible. You’ll soon be seeing them in every region of the state. Still in its infancy, there are so many more significant Mississippi writers to be unveiled. It’s a story we cannot wait to tell. Begin your Mississippi travel by visiting.