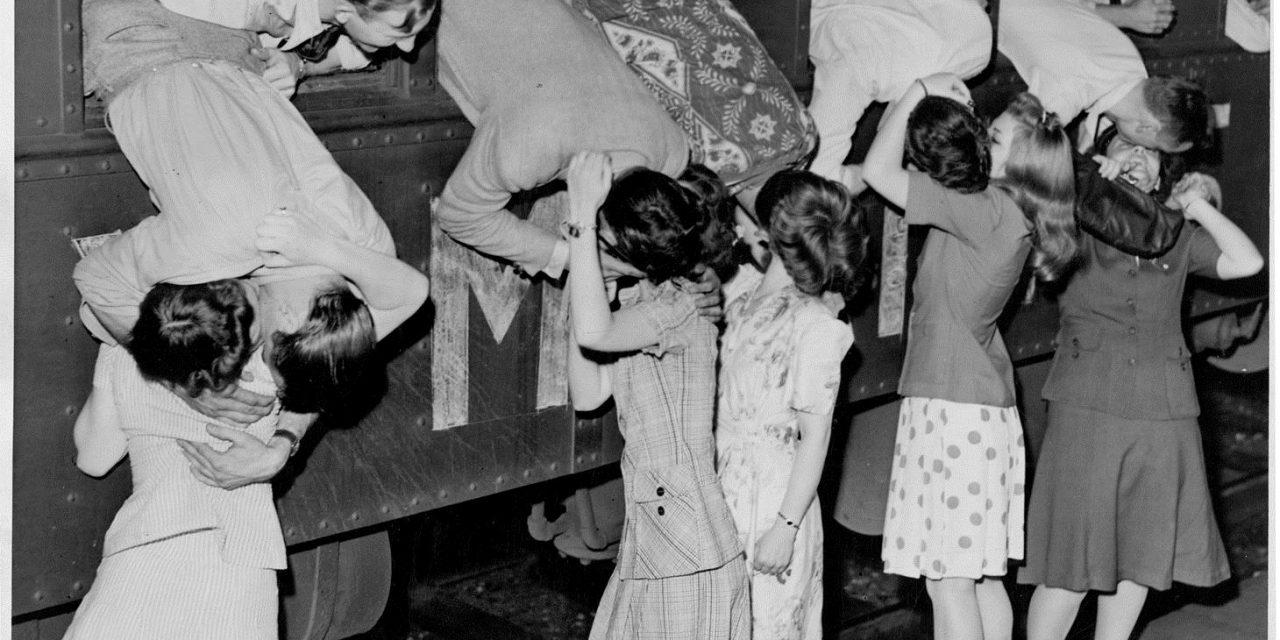 Minnesota’s historical treasures, from museums to opulent mansions to gangster tours, prove there’s more to see than water and trees.

Reminders of Minnesota’s history and heritage—from opulent mansions and humble houses to state-of-the-art museums—can lend depth and touches of nostalgia to any tour itinerary. Take your group back to frontier days on the Mississippi River or expose them to Minneapolis’ past as a flour milling capital. Revisit the gangster era, delve into the early logging industry or see how small-town Minnesotans went on to become big names.

St. Paul, the state capital, brims with historical tours and attractions. It’s also the location of the Minnesota History Center, headquarters for the Minnesota Historical Society and a popular tourist attraction that provides the perfect starting point for an overview of Minnesota’s heritage. Permanent exhibits include Minnesota’s Greatest Generation, a look at those who grew up during the Depression, came of age in World War II and participated in the post-war boom. 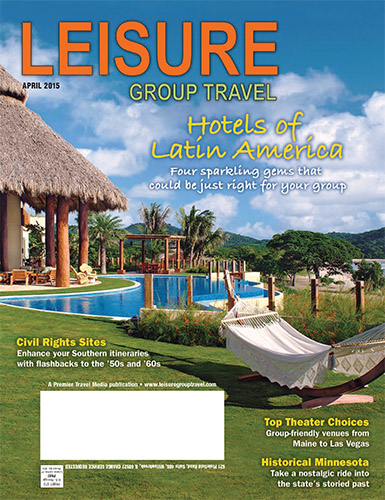 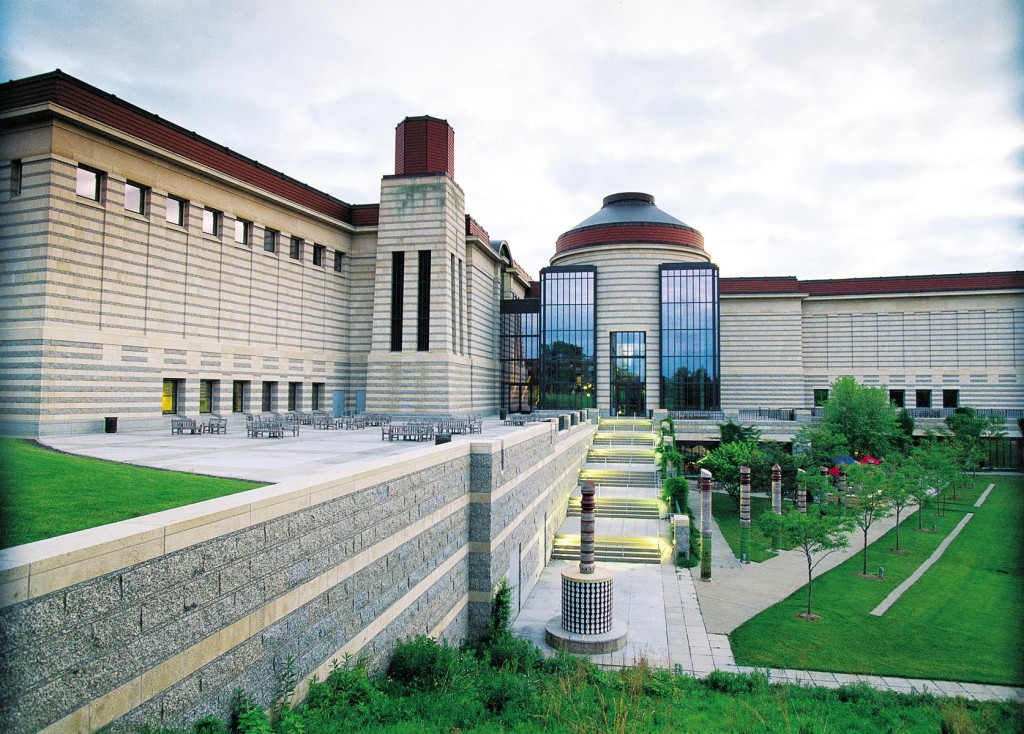 Visitors view classic film clips in a 1930s-style movie theater, get behind the counter of a soda fountain from the era, watch a re-creation of a WWII combat flight and join a Rosie the Riveter-style assembly line packing ammunition shells. In Then Now Wow, a hands-on exhibit for kids of all ages, you can ride a Twin Cities streetcar and peek out the windows as different times and places go by, descend underground into an Iron Range mine and drill the ore, sit in a tipi and learn about Dakota history and culture, and learn what life was like in an 1870s sod house. For some recent history, see the emergency exit door from the school bus in the I-35W bridge collapse (2007) signed by all the children and adults aboard. 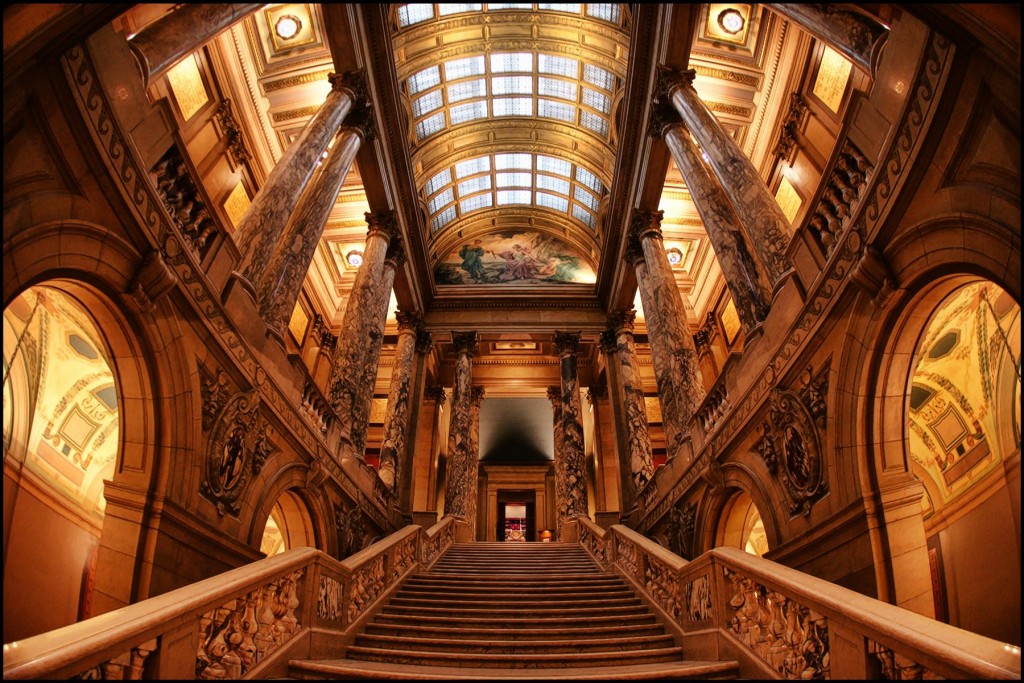 The Minnesota State Capitol, neighboring the Minnesota History Center, boasts one of the world’s tallest marble domes and is known for its gilded horses, murals, stenciled ceilings, and lavish use of granite, marble and limestone. Highlights of a guided tour include the Governor’s Reception Room and chambers of the Senate and House of Representatives

One of the most entertaining city tours in Minnesota is the two-hour “Saint Paul Gangster Tour.” Offered by Down In History Tours and led by characters in gangster garb, this premier crook’s tour explores the sites of nightclubs, kidnappings and gun battles associated with 1930s gangsters like John Dillinger, Ma Barker and Babyface Nelson. For groups of 25 or more, Down In History has other themed tours, such as the “Mill City Mobs Tour,” “No Blarney Tour” (Irish history), “Uff Dah! Tour” (Scandinavian history) and “Rivers & Roots Tour” (growth of the Twin Cities along the mighty Mississippi). It also offers 45-minute tours of the Wabasha Street Caves, three manmade sandstone grottoes carved into the side of a Mississippi River bluff in St. Paul. A hangout for mobsters during Prohibition, the caves housed a speakeasy and today are used for mystery dinners, music shows and private events.

On bluffs above the confluence of the Mississippi and Minnesota rivers in St. Paul, costumed soldiers and settlers bring frontier days to life at Historic Fort Snelling. There are cannon and musket drills, cooking and blacksmith demonstrations, and a short orientation film. 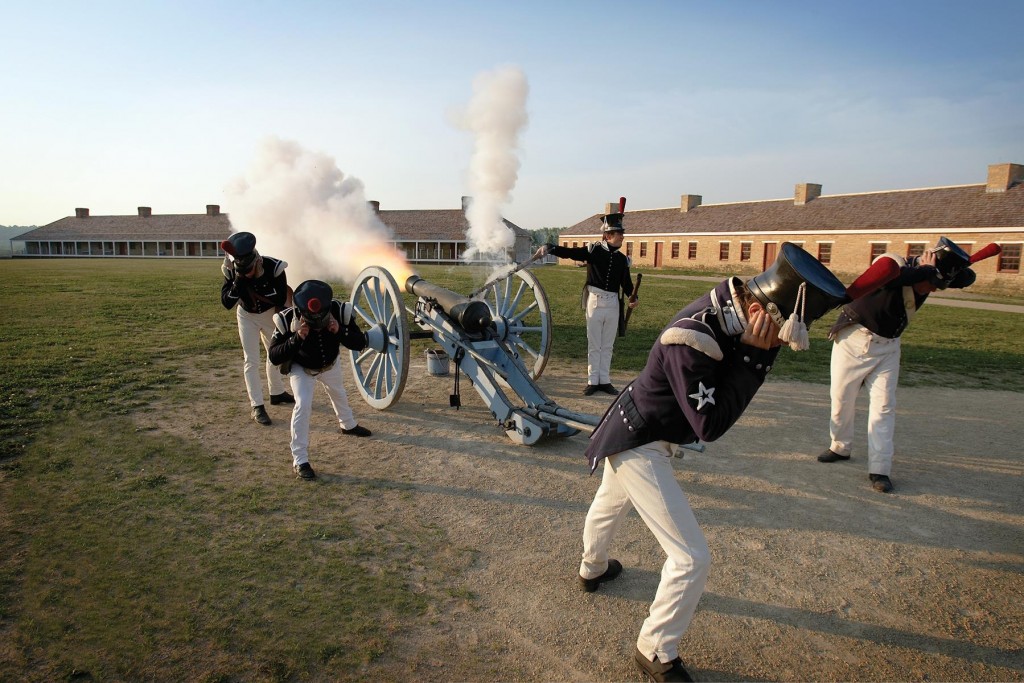 In downtown St. Paul, Landmark Center, a former courthouse noted for its grand Richardsonian Romanesque architecture, offers free tours and houses five museums, including a gallery of wood art. The Schubert Club Museum shows the evolution of the piano, features musical instruments from around the world and has original letters from composers like Mozart and Beethoven. Group meals at Landmark Center can be arranged in Anita’s Cafe or in one of the historic rooms ornately decorated with marble and carved wood. 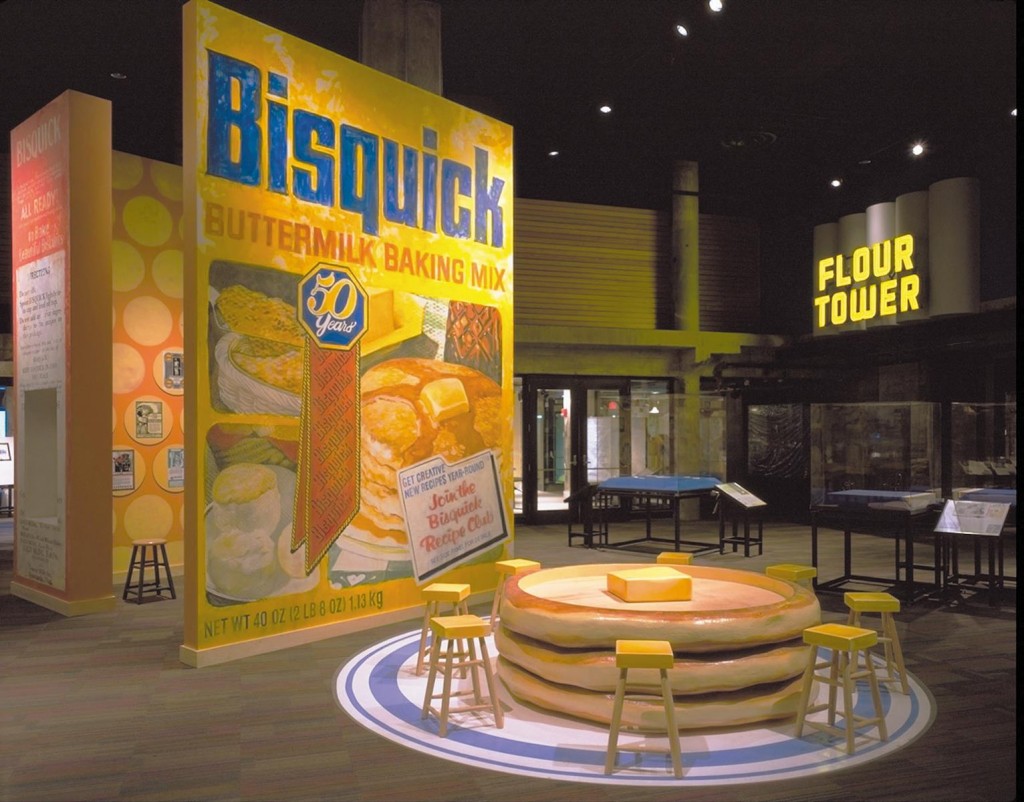 The riverfront in downtown Minneapolis has a historical attraction that recalls the city’s flour milling heyday. Mill City Museum is built on ruins of the Gold Medal Flour mill, once the largest flour mill in the world. The Baking Lab whips up goodies to sample, lending a delicious aroma to the place. Everyone likes the Flour Tower, an elevator that takes seated riders to different floors, each with a milling scene described by a “worker.” Minneapolis in 19 Minutes Flat, a movie in the museum’s theater, provides a humorous, fast-paced glimpse of the city. 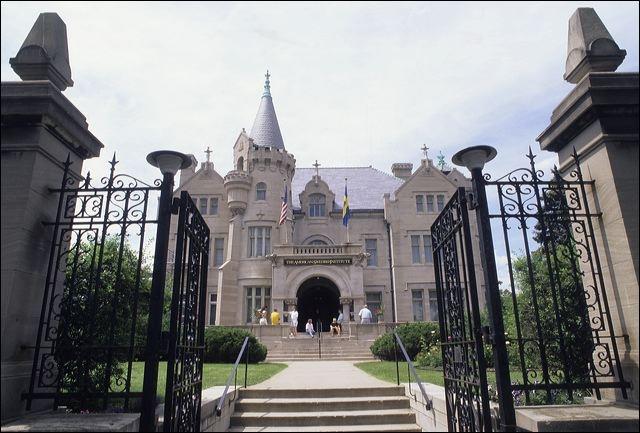 The American Swedish Institute occupies Minneapolis’ only castle, the former Turnblad Mansion. Tours of the 1908 home of a wealthy publisher/civic leader showcase hand-carved mahogany, ornate plasterwork and 11 porcelain-tile stoves from Sweden. Some rooms host Nordic art and culture exhibits. Groups can combine their tour with a Swedish meal and/or a session that involves making a Swedish-inspired craft.

On Summit Avenue in St. Paul, the country’s longest street of Victorian architecture, sits another imposing mansion, the 1891 James J. Hill House. A gem from the Gilded Age, the red sandstone mansion, once the largest and most expensive residence in Minnesota, was home to the man who built the Great Northern Railway. 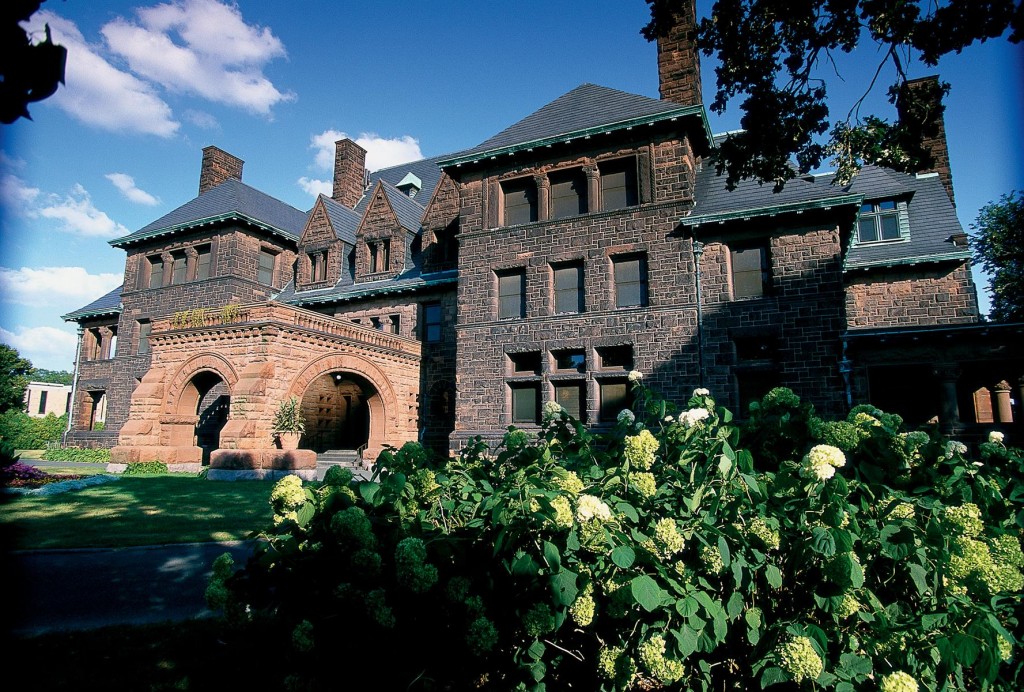 While James J. Hill is not exactly household word, several historical sites in Minnesota preserve the legacies of names we know. In the Mississippi River town of Little Falls, north of St. Cloud, groups can tour the Charles A. Lindbergh Historic Site, boyhood home of the famous aviator. The Lindbergh History Center next door shows a film of his life, and visitors can climb inside a replica of the Spirit of St. Louis’ cockpit to relive Lindbergh’s 1927 trans-Atlantic flight. 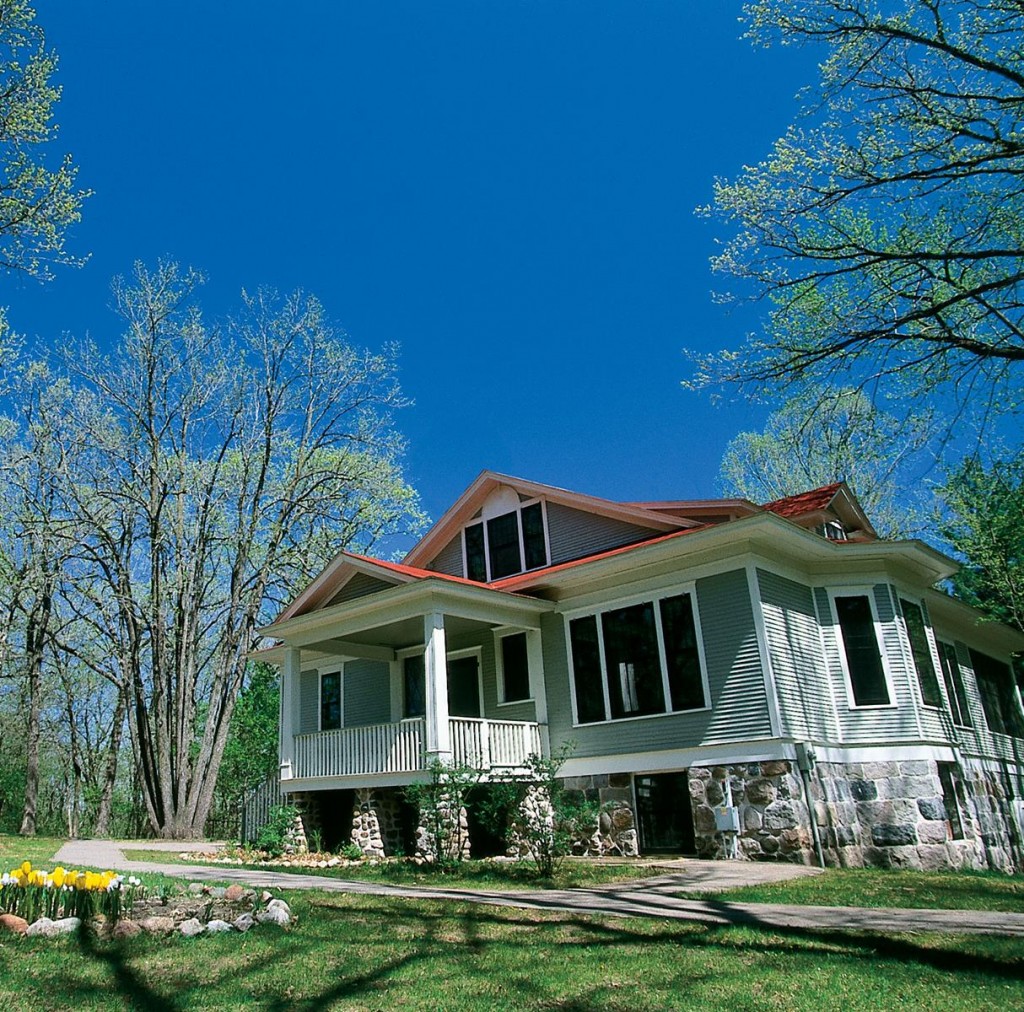 Sauk Centre remembers a native son at the Sinclair Lewis Interpretive Center, where exhibits and a10-minute video shine the spotlight on the first American to win the Nobel Prize for literature. Lewis’s Main Street sold millions of copies in the 1920s, striking a nerve in the American middle class by portraying small-town life as provincial, smug and dull. Gopher Prairie, the town in his book, was based on his experiences growing up in Sauk Centre. He also wrote 22 other novels, including Babbit, Arrowsmith and Elmer Gantry. On display are his writing desk, typed manuscripts and framed Nobel Prize. The Sinclair Lewis Boyhood Home on Sinclair Lewis Avenue is open from June through August.

Judy Garland, the actress/singer best known for her role as Dorothy in the movie Wizard of Oz, grew up as Frances Ethel Gumm in Grand Rapids. Today her life is enshrined at the Judy Garland Museum, which is attached to the white frame house where she and her sisters grew up in a musical/theatrical family that was considered a curiosity in this northeastern Minnesota logging town. 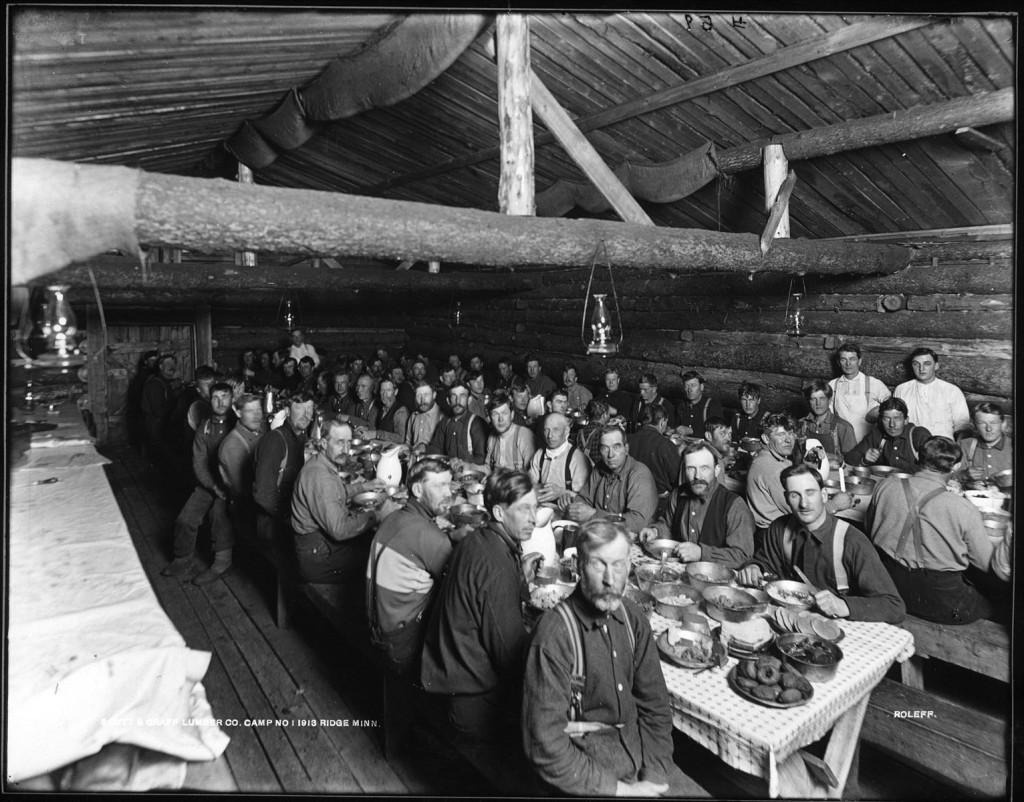 A northeastern Minnesota itinerary also can follow the early life of Bob Dylan, who was born in Hibbing. Highlights include his childhood home (where he grew up from 1948-1959), high school and places he frequented. Dylan haunts also can be visited on tours of Duluth, where he was born Robert Zimmerman in 1941.