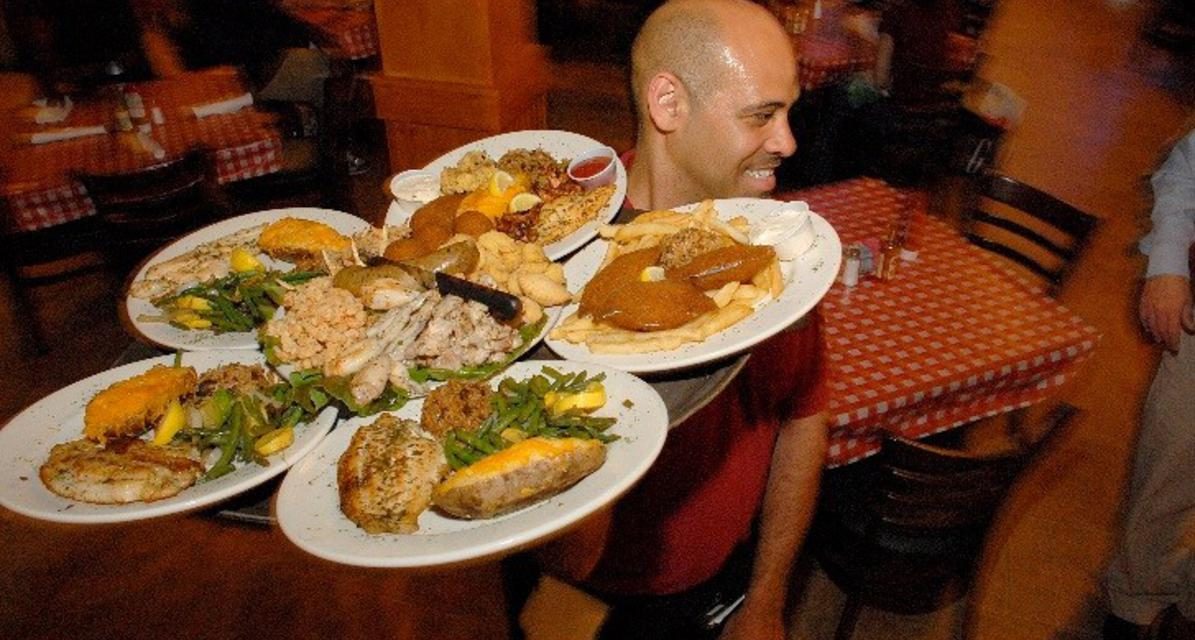 Few places in New Orleans are more popular with tour groups than The Court of Two Sisters, famous for its daily Jazz Brunch. There’s nothing like dining in casual elegance around the fountain on the leafy brick patio tucked away from the frenzy of the French Quarter.

Or maybe your group is up for a night of dancing to the toe-tapping sounds of a Zydeco band at Mulate’s – The Original Cajun Restaurant. Both places, along with other New Orleans venues, combine entertainment with food, making them ideal fits for group itineraries in one of the most musical cities in America. Call it one-stop shopping.

The Court of Two Sisters

A jazz trio serenades brunch-goers in the spacious, wisteria-shaded courtyard of The Court of Two Sisters, a restaurant run by the third generation of the Fein family. The 200-year-old building at 613 Rue Royale once housed a colonial governor of Louisiana and later had a shop owned by two sisters, Emma and Bertha Camors, who sold Parisian perfumes and other niceties to upper-class ladies. 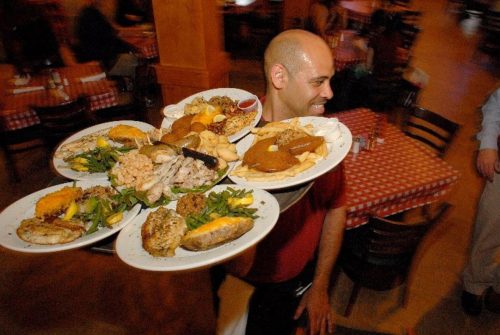 Mulate’s, a rustic, down-home place with a dance floor and wood-beam ceilings, preserves the culture found in small towns along the bayous of southern Louisiana. Billed as the “King of Cajun dine-and-dance halls,” it features Cajun and Zydeco bands nightly. Group dinner menus include a house salad or seafood gumbo followed by a choice of entree served with jambalaya and a potato side dish. Among the entrees are catfish, red beans and rice, crawfish etouffee and fried shrimp. Bread pudding with butter rum sauce rounds out the meal. Mulate’s is located in the downtown Arts District. (mulates.com)

A French Quarter tourist haunt, House of Blues is a concert venue/eatery showcasing the best in jazz, country and rock as well as blues and soul. Part of the famous chain, the Decatur Street joint charms its 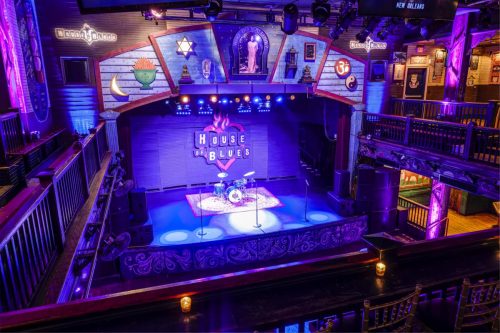 guests with colorful folk art, a Delta roadhouse atmosphere and Southern-inspired cooking. Fare ranges from fried chicken, burgers and ribs to jambalaya, gumbo, Cajun pasta, shrimp po’boys, and shrimp and grits. The all-you-can-eat Gospel Brunch buffet on Sunday mornings, featuring the signature chicken and waffles, is great for large parties, but be warned—you could end up on stage waving a napkin and dancing off some of that delicious cuisine with the gospel singers. (houseofblues.com)

Hard Rock Cafe, part of the worldwide chain of rock music-themed restaurants, lures groups with live performances, rock memorabilia and American food. The group menu offers a choice of entrees, which include, among others, the Legendary Burger (a half pound of Angus beef with smoked bacon, cheddar cheese and onion ring) and Twisted Mac Chicken & Cheese (cavatappi macaroni with roasted red peppers and grilled chicken breast in a three-cheese sauce). The Bourbon Street hotspot displays items like Louis Armstrong’s silver trumpet, an Elvis Presley microphone, a Bob Dylan harmonica and an outfit worn by Britney Spears. (hardrock.com)

At the National World War II Museum, groups can enjoy live entertainment with a dinner, Sunday brunch or Wednesday matinee buffet lunch at BB’s Stage Door Canteen, a venue that brings back the 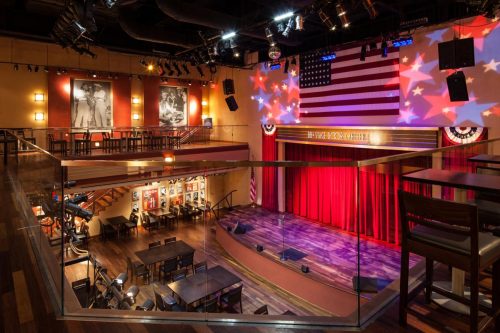 1940s when Hollywood favorites performed for GIs. Dinner and brunch are three-course plated meals with wine. Food is provided by the museum’s American Sector restaurant, and service concludes prior to the start of the show. Themed menus are based on the show offered. The playbill ranges from swing bands (with dancing) to tributes to the Andrews Sisters, Bob Hope and Frank Sinatra. The Victory Belles put on shows with dazzling costumes and Rockettes-style choreography. If a group of 50 or more wishes to see a dinner or matinee show when one is not scheduled, a show can be added, based on talent and Stage Door Canteen availability. The museum is nine blocks from the French Quarter. (nationalww2museum.org)

Combine music, food and Mississippi River landscapes on the Dinner/Jazz Cruise aboard the Steamboat Natchez paddlewheeler, with entertainment by the Dukes of Dixieland. The buffet menu includes carved 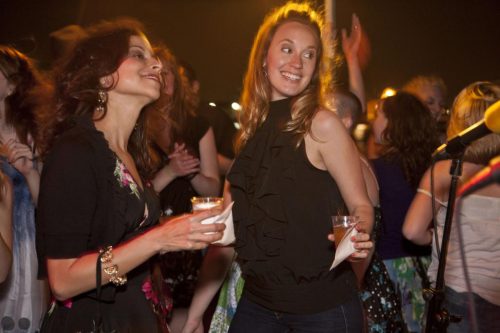 For something a little different, plan an evening of music, food and recreation at Rock ’N’ Bowl, a combination bowling alley and night club in the Uptown neighborhood. From each of the 19 lanes you have a view of the stage where bands entertain with musical genres ranging from Cajun and Zydeco to blues and R&B. The limited menu revolves around burgers, hot dogs and chicken wings. (rocknbowl.com)

In addition to its many restaurants, New Orleans also plays host to world-class food festivals. Plan an itinerary around them!