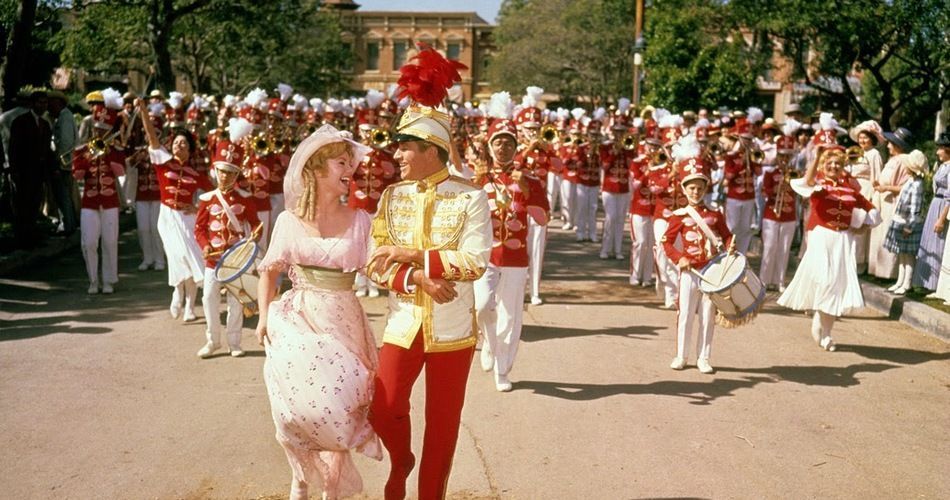 Mason City, Iowa, the boyhood home of composer Meredith Willson, was the inspiration for one of the American theater’s most popular musicals of all time.

Since it opened on Broadway in 1957, The Music Man has been in constant production somewhere in the world and twice adapted for film. The popularity of the 1962 movie sparked a resurgence in high school band and orchestra programs, and it brought attention to the hometown of the show’s brilliant writer, composer, and lyricist.

The Music Man has been revived on Broadway three times, most recently in a triumphantly successful run starring Hugh Jackman and Sutton Foster. Generations old and young are familiar with songs like “76 Trombones” (led the big parade), “Ya Got Trouble” (right here in River City), and “Gary, Indiana.” The show has long been a favored choice for high school and college musical productions.

It could be said the true music man was Meredith Willson (1902-1984), who set his theatrical story in the fictional River City, Iowa, an innocent small town modeled after his memories of growing up in Mason City in the early 1900s. He never forgot his roots, and the town’s affection for him shines through at The Music Man Square, a prime tourist attraction that leaves no stone unturned in chronicling a remarkable show business career. 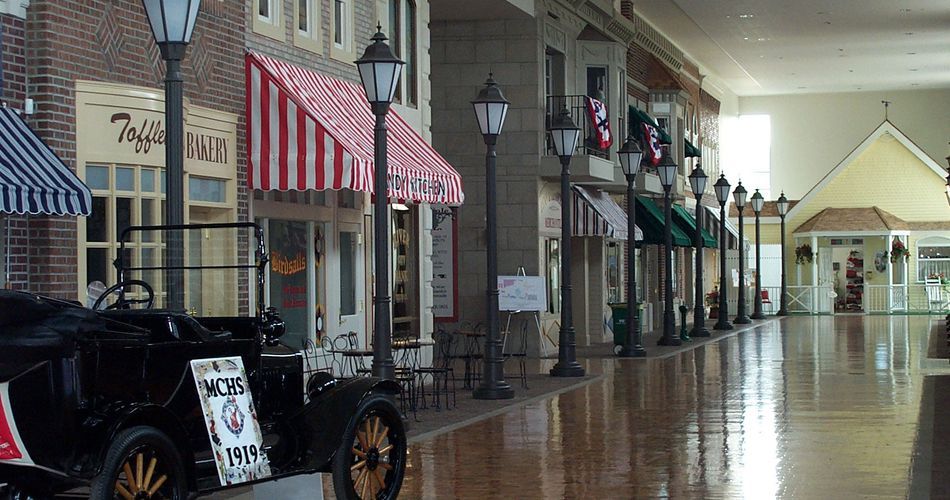 The 1912 streetscape sets the stage for visits to the Meredith Willson Museum in Mason City. (Photo credit: Visit Mason City)

Large groups split up between the Meredith Willson Boyhood Home (for a guided tour) and Meredith Willson Museum (self-guided). A meal can be arranged at the adjacent Decker House Bed & Breakfast.

In the museum, it’s best to start by watching “Meredith Willson: Making The Music Man,” a 27-minute Warner Bros. video made in 1998 and narrated by Shirley Jones, who co-starred in the 1962 movie with Robert Preston (Professor Harold Hill, the Music Man). Clips from the film adaptation and interviews with the choreographer and actors (like comic Buddy Hackett) provide behind-the-scenes insights.

Viewers learn, for example, that some studio executives wanted Frank Sinatra to play Hill, the fast-talking traveling salesman who comes to town and convinces citizens to buy instruments, uniforms, and instruction booklets to start a boys’ band. But Willson insisted the role go to Preston, who had earned a Tony Award for his portrayal of the con artist in the Broadway play, a smash hit that won the Tony for Best Musical and ran for 1,375 performances over almost four years. The cast album spent 245 weeks on the Billboard charts.

Jones mentions that during filming—all done at the Warner Bros. studio in Burbank, California—she found out she was pregnant (with her son, future actor Patrick Cassidy) and was told not to spread the news, revealing the production team did its best to cover up the bump. Jones, who played town librarian Marian Paroo, and Ron Howard (then Ronny Howard, her little brother in the movie) are the only featured cast members still alive.

Mason City’s Palace Theater hosted The Music Man’s gala premiere. Attended by Willson and the Hollywood stars, the event highlighted a weekend of special festivities timed to coincide with the North Iowa Band Festival (which celebrates its 84th year on Memorial Day weekend 2023).  Performing were more than 100 marching bands from across the U.S. One who never let fame and fortune go to his head, the internationally renowned composer often would come back to Mason City to visit family and friends, and several times returned for the annual festival. 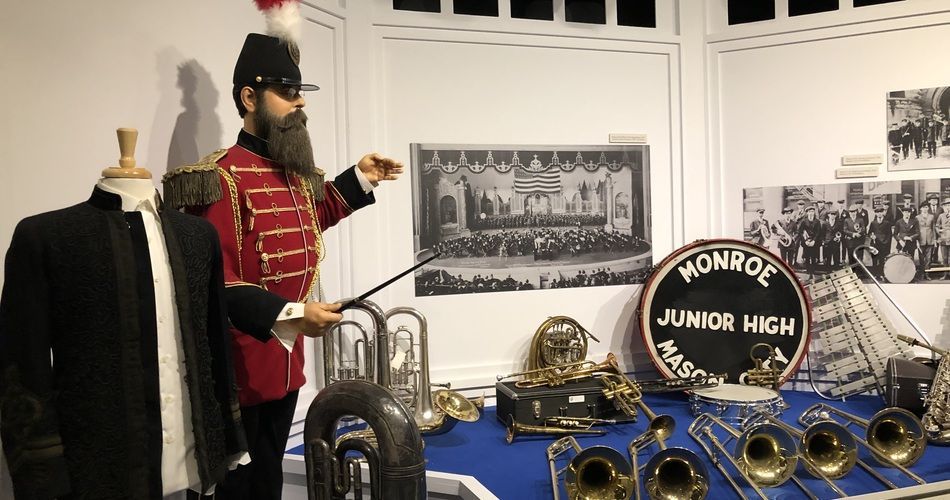 At the festival in America’s Bicentennial year of 1976, Willson conducted the local municipal band, recalls Janice Rod, a band member back then and today a guide at the boyhood home. The only current staff member at The Music Man Square who had met Willson, she enjoys telling guests that he took an interest in her flute and asked if he (a flutist himself) could take a look at it. “He was so personable,” says Rod, who is heartened by the fact that he would come back to Mason City for such events.

Willson, in fact, was always willing to conduct and appear at music events around the world, gladly traveling far to lead a marching band or host an opening night for a local production of his signature show, one of the most universally cherished treasures of the American musical theater.

An exhibit focuses on the horse-drawn Wells Fargo wagon, which delivered all sorts of goods to small towns during the late 19th and early 20th centuries. Willson remembered the wagon’s much-anticipated arrival in Mason City, and The Music Man song “The Wells Fargo Wagon” reflects townsfolks’ excitement. In the story, the wagon was delivering the musical instruments that people had ordered.

Museum-goers also get a look at Willson’s studio, which was transplanted from his southern California home. It is furnished with pianos, musical scores, awards, and personal items. 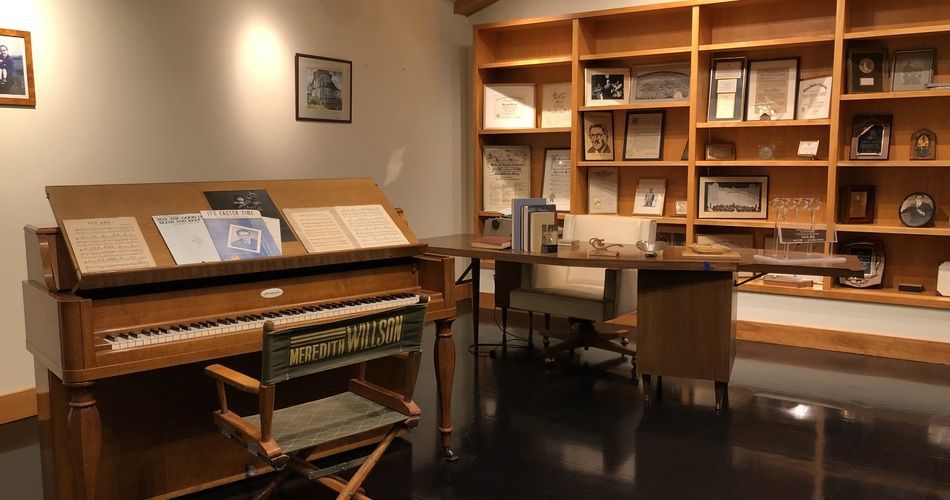 The famous composer’s studio, transplanted from southern California, is on exhibit at the Meredith Willson Museum in Mason City. (Randy Mink Photo)

Reading exhibit descriptions as they explore the galleries, guests learn these facts about the native Iowan’s long list of accomplishments: 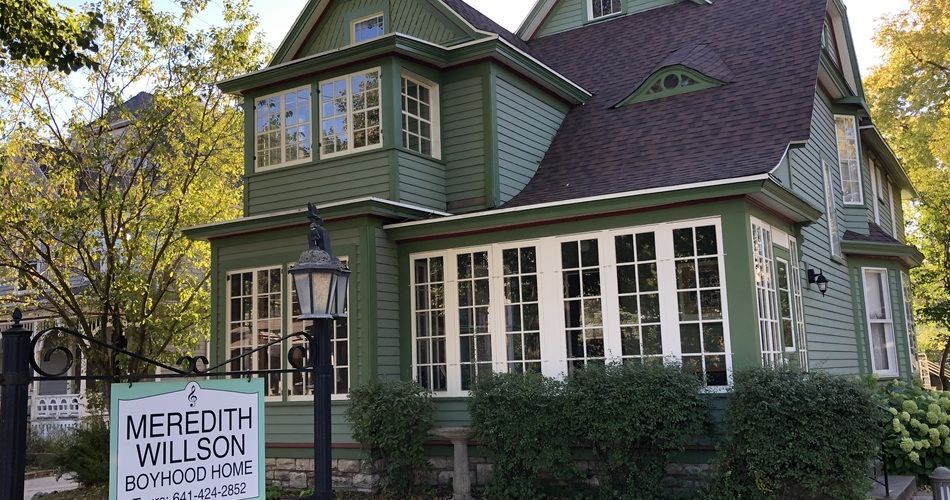 On a guided tour through the boyhood home at The Music Man Square, visitors learn that when Robert Meredith Willson came into the world in 1902, he was the largest baby born in Iowa at the time, tipping the scales at 14 pounds, 6 ounces. The 1895 Queen Anne-style house is furnished with period pieces, including a few original family items and archival photos such as Meredith, his mother, and brother on their knees in prayer at bedtime.

Other Things to See and Do in Mason City, Iowa

In the heart of downtown Mason City, within easy walking distance of The Music Man Square, is the 27-room Historic Park Inn, the last remaining hotel of the six designed by Frank Lloyd Wright, America’s best-known architect. Docent-led tours of the Prairie School gem, which opened in 1910 as the City National Bank and Park Inn, spotlight art glass, furniture, lighting fixtures, and other classic Wright design elements. An extensive restoration/rehabilitation was completed in 2011. A balcony with chairs and umbrella tables, and some of the guest rooms, overlook a statue of Wright in leafy Central Park.

The boutique hotel’s lower-level bar, The Draftsman, has pool tables and oversize black-and-white photos of early Mason City. Markley & Blythe is an upscale restaurant on the main floor.

Architecture fans in Mason City also get their fix at Wright’s 1908 Stockman House, the only Prairie School house in Iowa that is open to the public. Nearby houses are featured on walking tours of the Rock Glen-Rock Crest Historic District, the world’s largest unified site of Prairie-style architecture. Included in the tours is the historic footbridge over Willow Creek that was immortalized in The Music Man (and later named in honor of Willson).

Many downtown buildings sport Wright-inspired murals, and outdoor sculptures add more artistic flair. The River City Sculptures on Parade project, featuring works by artists from around the country, is a 1.7-mile walking tour that leads participants on a looping route.

The Charles H. MacNider Art Museum claims a collection of more than 500 marionettes and puppets created by premier puppet master and Mason City native Bill Baird. One of the prime items on display is The Lonely Goatherd, which appeared in the movie The Sound of Music.

Leisure Group Travel offers additional ideas for your next group trip and you can Subscribe for FREE for more travel content.