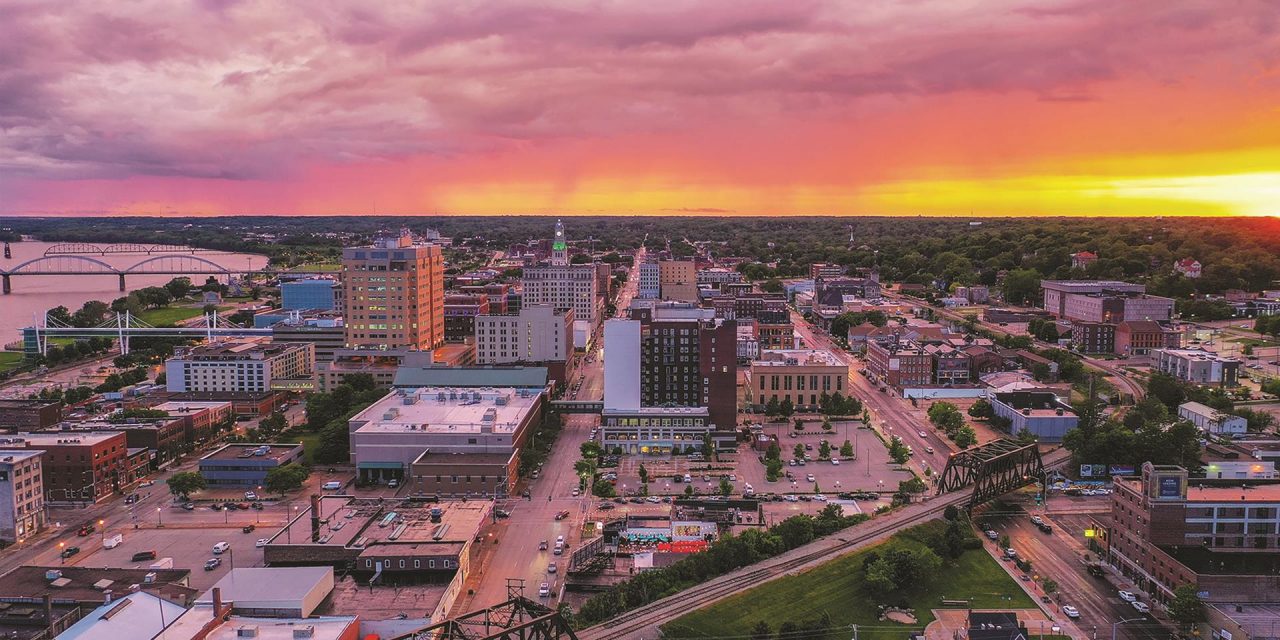 Iowa is defined by its cosmopolitan cities as much as its expansive prairies and charming small towns. Groups looking for world-class dining, live entertainment and diverse cultural districts should include a stop in Iowa’s metropolitan communities to add urban flair to an itinerary.

The largest community in the Quad Cities boasts spectacular river views and a variety of entertainment options that are easily walkable from downtown hotels. A few of many groupfriendly attractions include the Figge Art Museum (which houses works by contemporary masters like Jasper Johns and Jackson Pollack), Vander Veer Botanical Park (where a year-round skylight garden displays tropical plants) and Modern Woodmen Park (home of the Quad Cities River Bandits).

From one of the largest farmer’s markets in the country to Selfie WRLD (a venue that features over 27 Instagrammable rooms and spurred a TikTok video that was viewed over 1.3 million times), Des Moines has an itinerary for you. Groups can enjoy the gold-domed State Capitol, State Historical Museum or the World Food Prize Hall of Laureates. Or try something out-of-the-box like local sunflower fields or a historical cemetery tour. Whether you’re a new group or a repeat visitor, Des Moines’ itineraries will introduce you to both the greatest hits and the hidden gems. 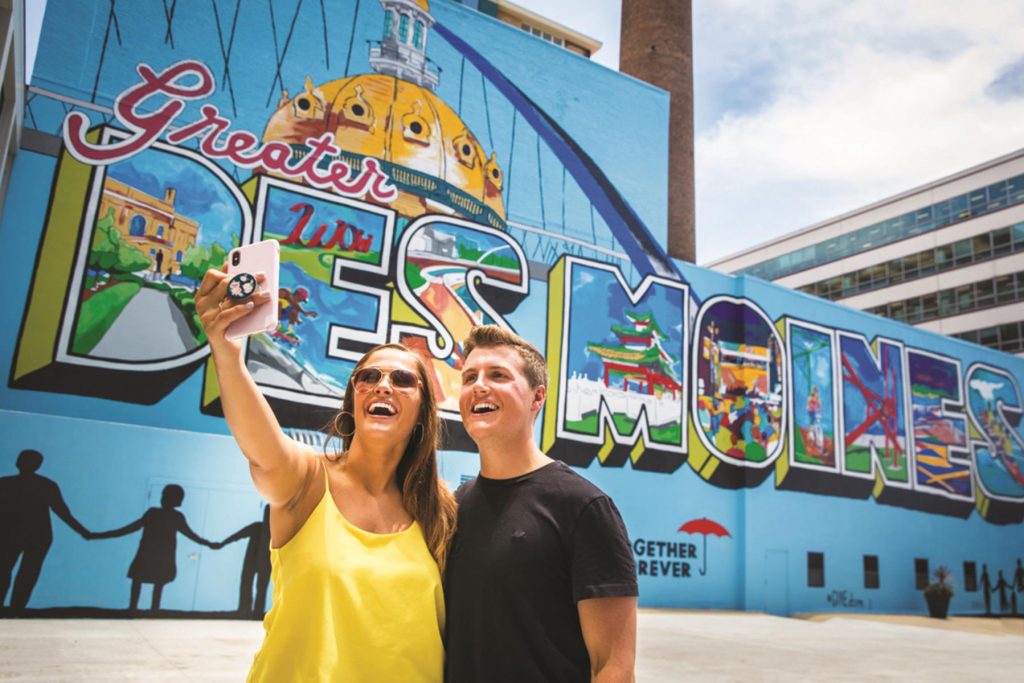 Situated across from Omaha on the Missouri River, Council Bluffs was a crucial city during America’s westward expansion. Learn about this vital history at the Union Pacific Railroad Museum, which chronicles the history of the Union Pacific Railroad and explores the city’s role as a transportation hub. Other historic sites include the Lewis & Clark Monument Scenic Overlook (where the Corps of Discovery met local Otoe and Missouri tribes) and the General Dodge Home, an opulent mansion that belonged to Civil War general and railway industrialist Grenville Dodge. 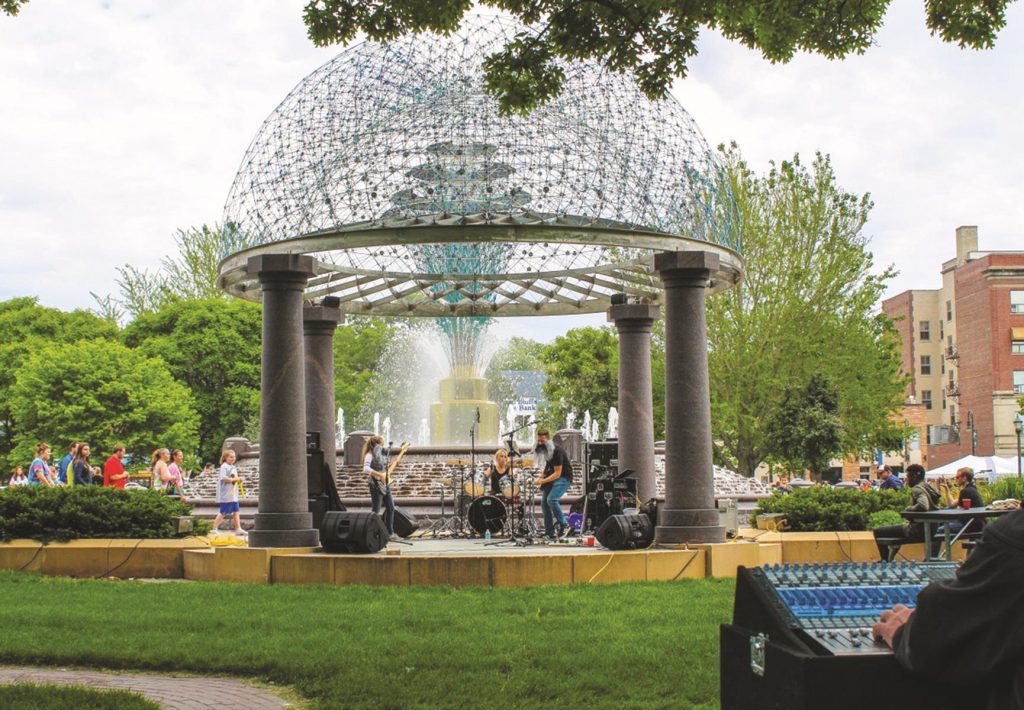 Distinct architecture abounds in Mason City, which is home to the largest concentration of Prairie School buildings in Iowa and the only surviving Frank Lloyd Wright-designed hotel. Learn about Wright’s career at the Stockman House & Interpretive Center before you join a Prairie School tour through the Rock Crest–Rock Glen Historic District. Groups can also celebrate Broadway composer and Mason City native Meredith Wilson with a visit to Music Man Square—an indoor 1912 streetscape that houses an old-fashioned ice cream parlor. 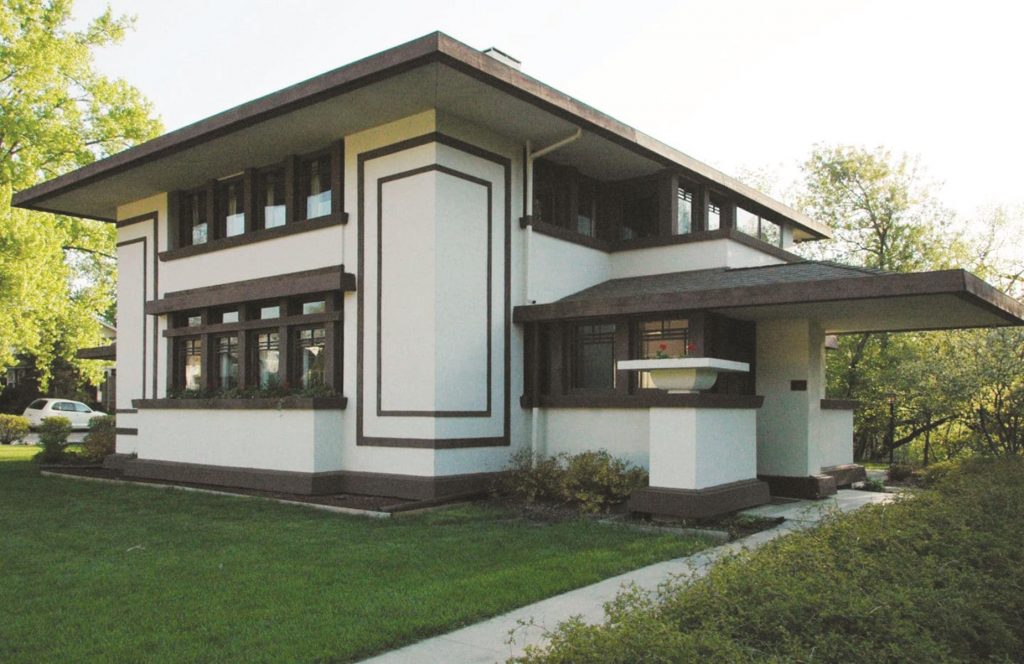 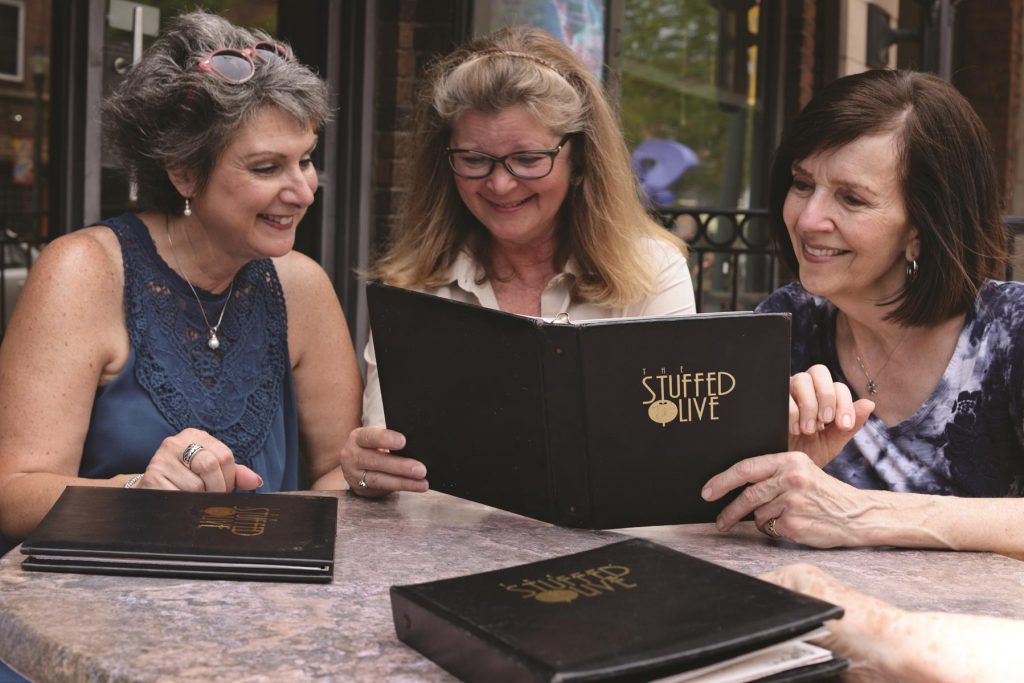