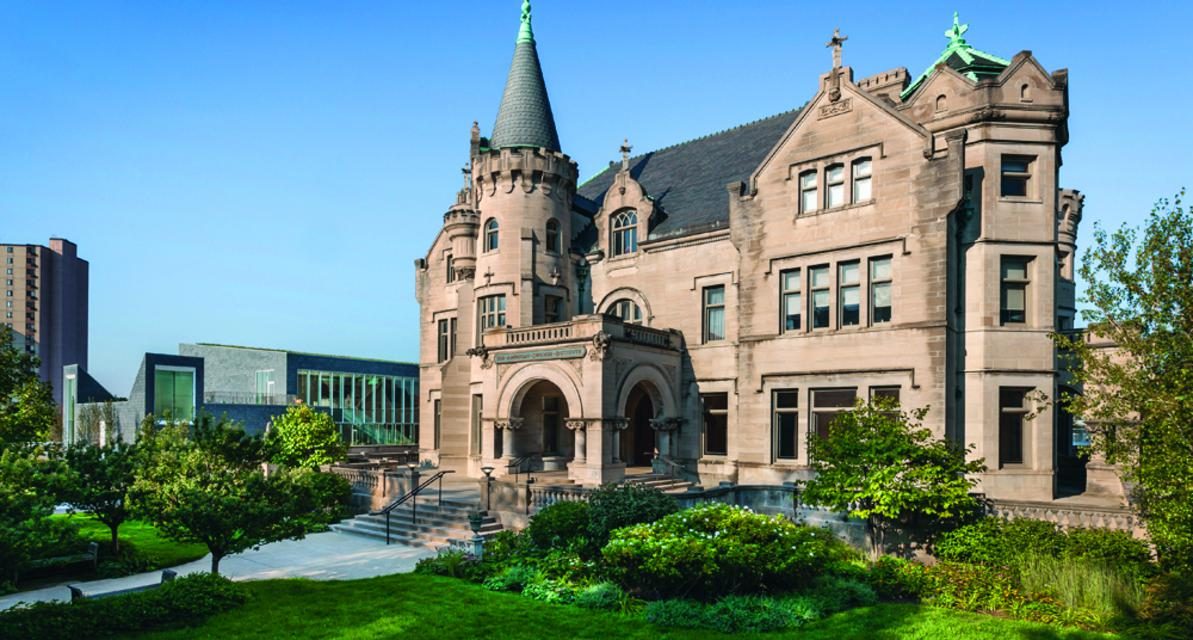 Historic homes preserve vestiges of the Twin Cities’ past and provide peeks into the lives of society’s upper crust.

The castle-like Turnblad Mansion, home of the American Swedish Institute, and other grand historic houses in the Twin Cities give visitors a chance to dream of opulence and connect with local history.

Studded with turrets, towers and gables, the 1908 Turnblad Mansion was built by Swedish immigrant Swan Turnblad, a civic leader and publisher of the largest Swedish language newspaper in America, to impress the community. Family trips to Europe inspired the home’s French chateau style. It is one of 40 mansions on Park Avenue’s “Golden Mile” in the Phillips West neighborhood of midtown Minneapolis. 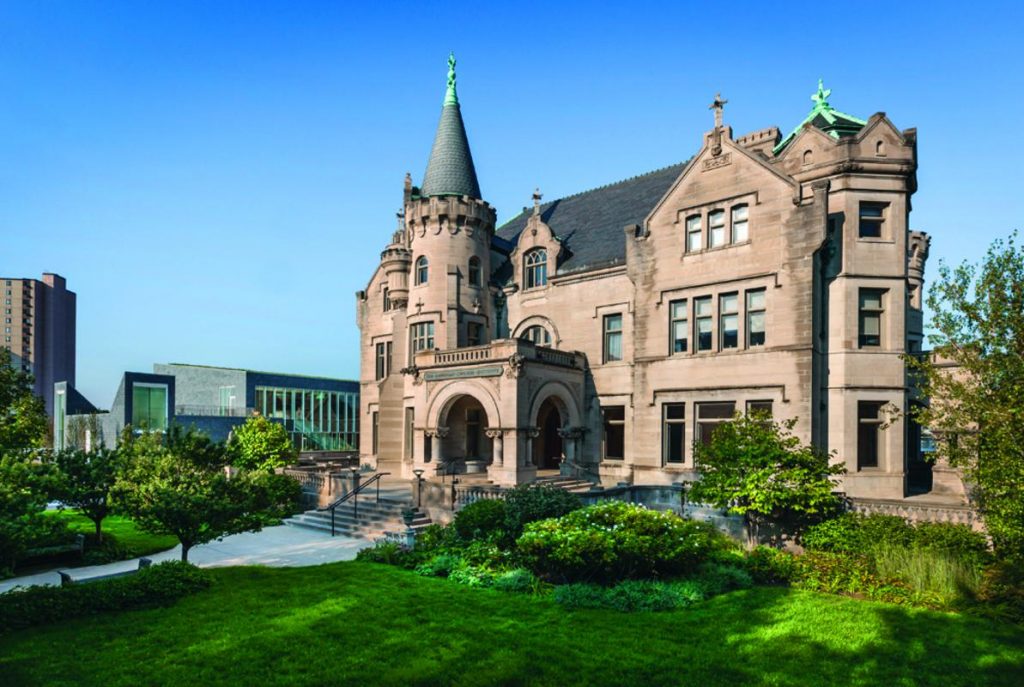 “The history of the mansion is linked to the rise of the immigrant population,” says Bruce Karstadt, president of the American Swedish Institute. “Swan Turnblad made his fortune by marketing toward a working-class immigrant population that was rising into the middle class. His story is part genius, part hard work and part luck.”

“The best is the premium tour, which is two hours long and includes a tour focusing on the mansion’s design coupled with a craft activity,” says Karstadt. The premium tours cost $25 per person and are best for groups up to 20 people. The Turnblad Mansion is attached to the American Swedish Institute’s modern Nelson Cultural Center. Groups can eat in the acclaimed Fika Café or arrange for a meal in one of the center’s private rooms. “The best way to experience any culture is through food, and Swedish culture is no exception,” Karstadt says. “What could be better than wrapping up a tour with a plate of Swedish meatballs?”

St. Paul’s fashionable Summit Avenue, the longest stretch of Gilded Age mansions remaining in the country, is home to the 1891 James J. Hill House. The massive red sandstone “fortress,” done in the Richardsonian Romanesque style popular at the time, symbolized the success of the builder of the Great Northern Railway. 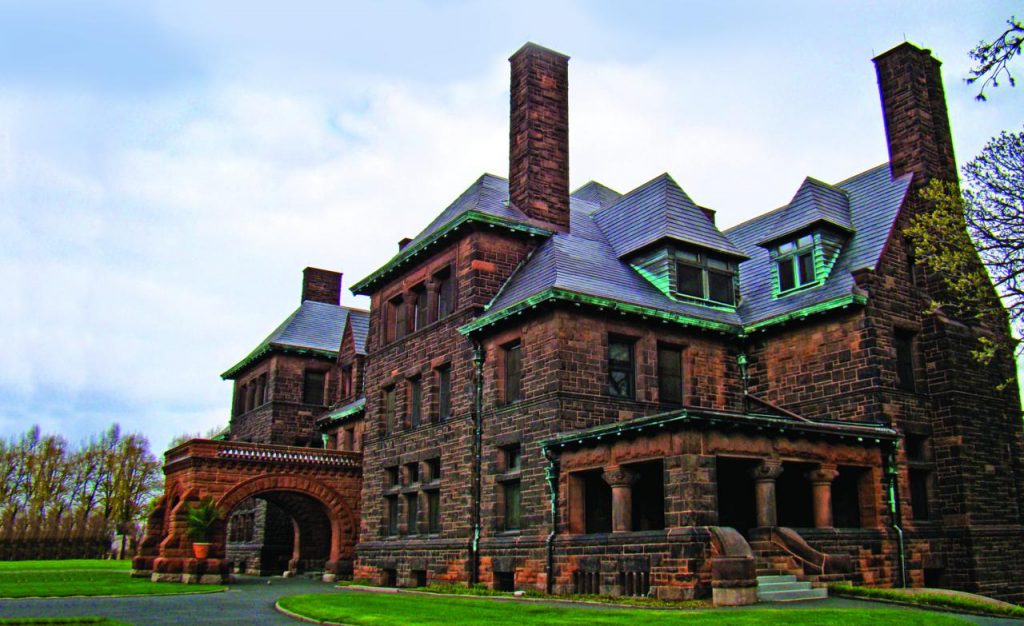 Set on a bluff overlooking the Mississippi River, the 42-room Hill House—with 22 fireplaces and 13 bathrooms—was once the largest private residence in the state. Guests marvel at the chandeliers, heavy wood doors, grand staircase, and elaborately carved panels of oak and mahogany.

Most impressive are the 100-foot-long reception hall and two-story, skylighted art gallery with a built-in 1,006-pipe organ. Some of the 10 Hill children may have played the organ, and organists were hired to perform. Behind a hidden door in the dining room’s wall paneling is a walk-in safe where the silver was kept.

The huge basement, with an inlaid marble floor, had wooden clothes dryers of a sort—wooden racks that pulled out from the wall and were heated by pipes underneath. This level also contained quarters for 12 live-in servants and a kitchen featuring a dumbwaiter to bring food to the dining room above. The house had the most advanced mechanical systems of the day, including central heating, indoor plumbing, electronic security, and gas and electric lighting.

James Hill, an unlikely millionaire, lost an eye in a childhood bow-and-arrow accident, and ended his formal education at age 14 when his father died, at which point the young man had to take clerk jobs to help his family. Hill went on to build a railroad that stretched west across the Rocky Mountains to the Pacific Ocean and Canada, and he owned banks, mills and other businesses, too. After his wife’s death the house was donated to the Roman Catholic Archdiocese of St. Paul, which occupied the building for 53 years before turning it over to the Minnesota Historical Society in 1978. Group tours ($8 a person) last 75 minutes and include a 10-minute video. 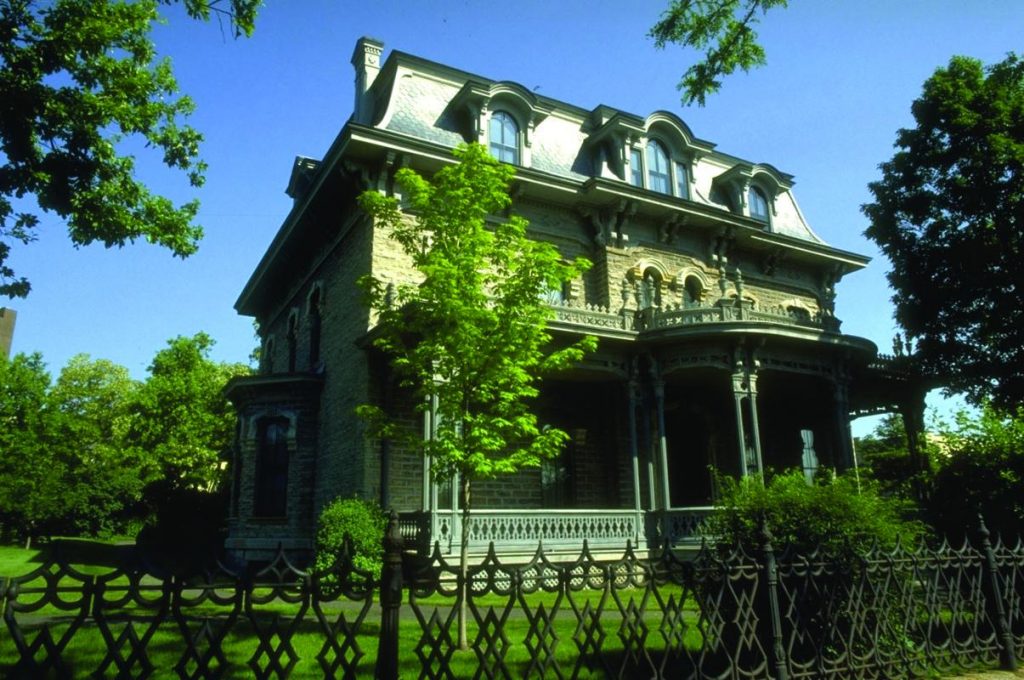 Costumed guides provide a glimpse into the lives of the Ramsey family and their servants, and hint at what life was like after the Civil War in the wealthy Irvine Park neighborhood. Visitors see exquisite interiors accented by carved walnut woodwork, marble fireplaces and crystal chandeliers. The Ramseys moved into the house in 1872 after Anna Ramsey’s trip to a New York department store, where she bought enough furnishings to fill two boxcars.

Alexander Ramsey was not only a territorial governor, but also served as mayor of St. Paul, governor of the new state, U.S. senator and U.S. secretary of war. President Rutherford B. Hayes and his wife dined at the Ramsey House in 1878. Three generations of the family lived there until 1964, when the last granddaughter died. The 75-minute group tours are $7 a person.