Iowa’s Pop Culture Put These Destinations on the Map 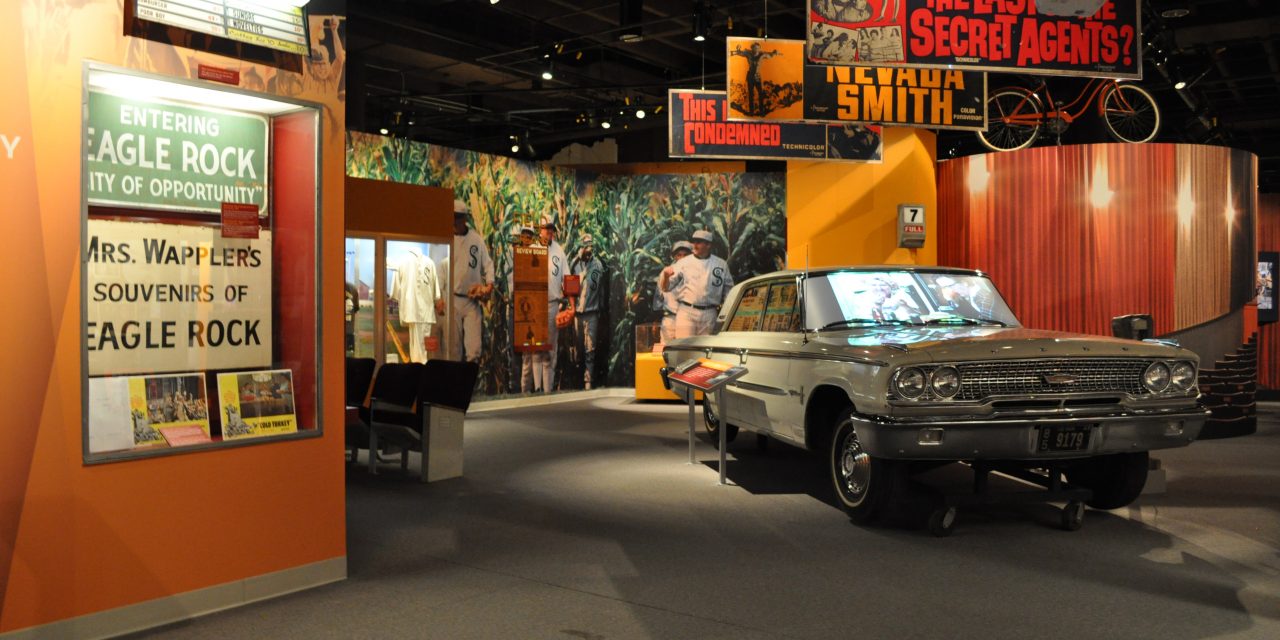 A true agricultural staple of the Midwest, Iowa offers much more than miles of cornfields and picturesque countryside. It’s the birthplace of movie stars like Elijah Wood and Cloris Leachman. Iowa’s landscape provided the perfect backdrop for the 1984 horror classic Children of the Corn and the 1996 tornado-fueled thriller Twister. Pop culture attractions are prevalent throughout the Hawkeye State, inviting visitors from all over to explore and satisfy their fascination with the famous.

Before making it to Hollywood, John Wayne had his humble beginnings in Madison County, Iowa. The quintessential cowboy of Hollywood’s Golden Age was born in 1907 in the quaint town of Winterset, which celebrates the Duke and his accolades at the John Wayne Birthplace & Museum. Since its establishment in 1982, the John Wayne Birthplace Society has hosted more than a million visitors from around the U.S. and abroad. Eager tourists get a glimpse into the American legend’s early life in the home he was born in. Adjacent is a 6,100-square-foot museum housing the most eclectic collection of John Wayne memorabilia anywhere in the world. Discover personal effects, movie wardrobes, scripts, artwork, original film posters and much more. The museum and home are open seven days a week for a nominal fee and are handicap-accessible. Stop in the gift shop for John Wayne merchandise and souvenirs.

Madison County is also home to the historic covered bridges from the 1995 Academy Award-nominated film The Bridges of Madison County, starring Clint Eastwood and Meryl Streep. Eastwood’s photojournalist character travels to rural Iowa in 1965 to photograph the historic bridges, a photo opportunity you’ll also have on your trip. Out of the original 19 covered bridges throughout Madison County, six stand today. Five of these structures are listed on the National Register of Historic Places, and you can tour all six on your next Iowa group excursion. The two bridges featured in the film are the Roseman Bridge and the Holliwell Bridge. If your group is passing through in October, the county celebrates its venerable bridges during the Covered Bridge Festival, an event chock full of food, music and re-enactments. During the festivities, the Winterset Rotary Club offers two-hour bus tours of the bridges, so you can sit back and simply enjoy their grandeur while snapping pictures.

An iconic Midwest location listed on the National Register of Historic Places is the American Gothic House & Center. For artist Grant Wood, inspiration came in the form of a large Gothic-style window adorning the second floor of an old farmhouse. When he passed through the small rural town of Eldon in 1930, something about the window captured him. Upon his return home to Cedar Rapids, he began his work on the iconic American Gothic painting, one of the most famous pieces of American art. Your group will learn about the origin of the windows (plural, because there are actually two) and have a photo opportunity to recreate the scene with pitchfork props in front of the authentic farmhouse. 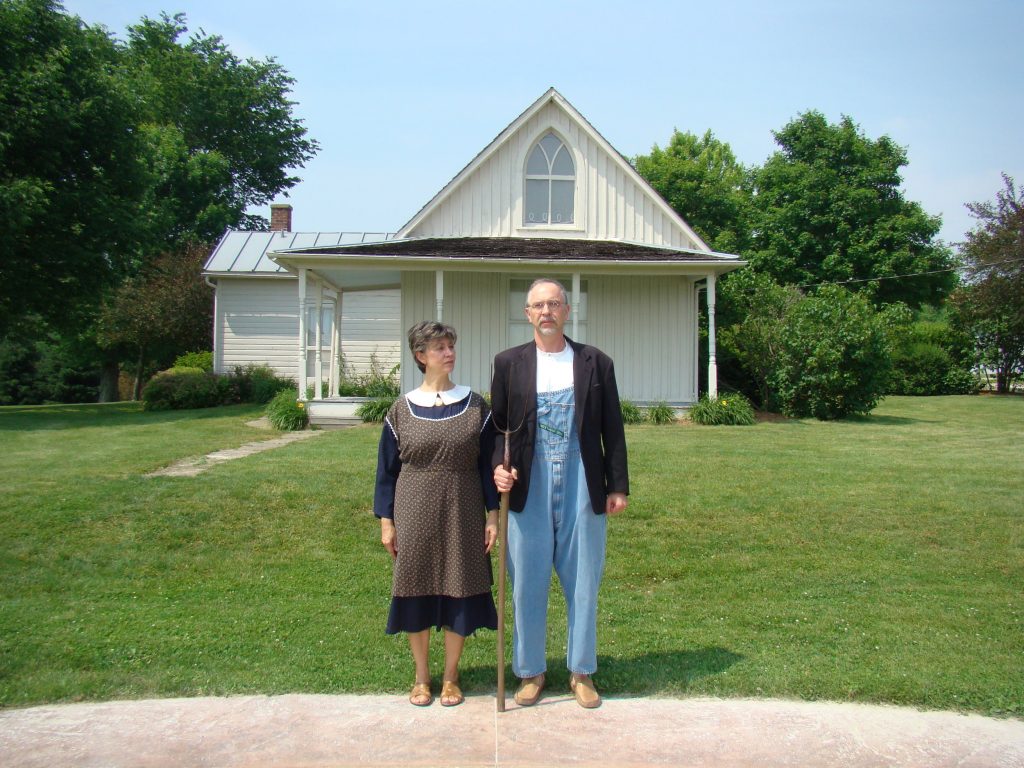 In 1989 small-town Iowa, America’s favorite pastime catapulted Dyersville and a century-old farm into the Hollywood spotlight. The Academy Award-nominated film Field of Dreams brought rural Iowa and the magic of baseball to families across the country. Today, the Field of Dreams Movie Site offers groups a unique opportunity to stay at the famous Kinsella farmhouse with room for seven or rent the ballfield for games. The movie site also offers a 30-minute guided farmhouse tour full of stories about the Lansing family, the original homestead owners from the early 20th century, and how their farm became the coveted film location. They welcome charter bus tour groups of 20 people or more for a visit
to the Field of Dreams led by one of the Ghost Players. Stop in their onsite Baseballism store or shop online for memorabilia like canvas prints, mugs, baseball caps and more.

In the heart of Mason City is an entire square dedicated to Meredith Willson, the creative genius behind The Music Man. Stroll through The Music Man Square and explore the Meredith Willson Museum, where you’ll glimpse Willson’s life, his famous works and many celebrated accomplishments. Tour the 1912 Warner Brothers studio Replica Streetscape straight out of his 1962 award-winning film. Visit Willson’s boyhood home in downtown Mason City, where he was born and raised in the early 1900s. In Madison Park, marvel at the grand mural depicting the park as portrayed in the film and the ceiling display featuring “76 Trombones” dangling from above. On your way out, be sure to pick up a souvenir or two at Mrs. Paroo’s Gift Shop for a Music Man keepsake. 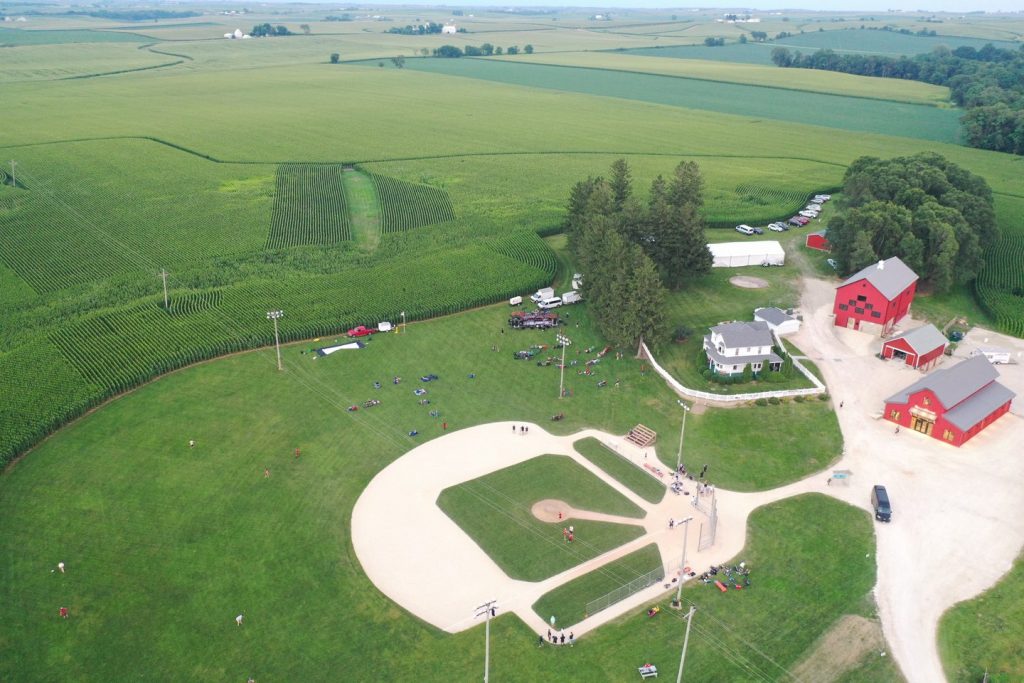 Diners, Drive-Ins and Dives’ Guy Fieri on the Food Network has featured many restaurants and unique eateries across the country. If your group is craving authentic South American cuisine like empanadas and seco de pollo, stop in Mi Patria Ecuadorian Restaurant in West Des Moines and relax in the Latin atmosphere with courteous staff and phenomenal food that will not disappoint. If barbecue is your jam, head over to Smokey D’s BBQ in Des Moines, another Triple D-featured restaurant. Smokey’s plump wings are smoked before they’re smothered in sweet, tangy or spicy house sauces. If wings aren’t your thing, try one of their staple comfort food options like smoked meatloaf or country-fried steak.

While in Des Moines soaking in the pop culture of Iowa one must not skip the State Historical Museum of Iowa and its “Hollywood in the Heartland” exhibit. From silent films in the early 1900s to today, Iowa’s presence on the silver screen is notable. Discover how film studios brought the work of Iowa-born writers to theaters across the country. Guests will enjoy the exhibit highlights of African American filmmaker Oscar Micheaux’s Iowa connection, view early 20th century film projectors, sit in authentic 1950s-era theater seats, and enjoy film clips on how Hollywood has depicted Iowa in iconic films.

James T. Kirk, captain of the Starship Enterprise, will be born in Riverside, on March 22, 2228. An engraved monument sits next to city hall to mark the future birth spot. The Star Trek reboot movie (May 2009) officially identified Riverside, Iowa as Kirk’s hometown. Be sure to join the fun “Where the trek begins” at the annual summer Trek Fest.