In the Driver’s Seat 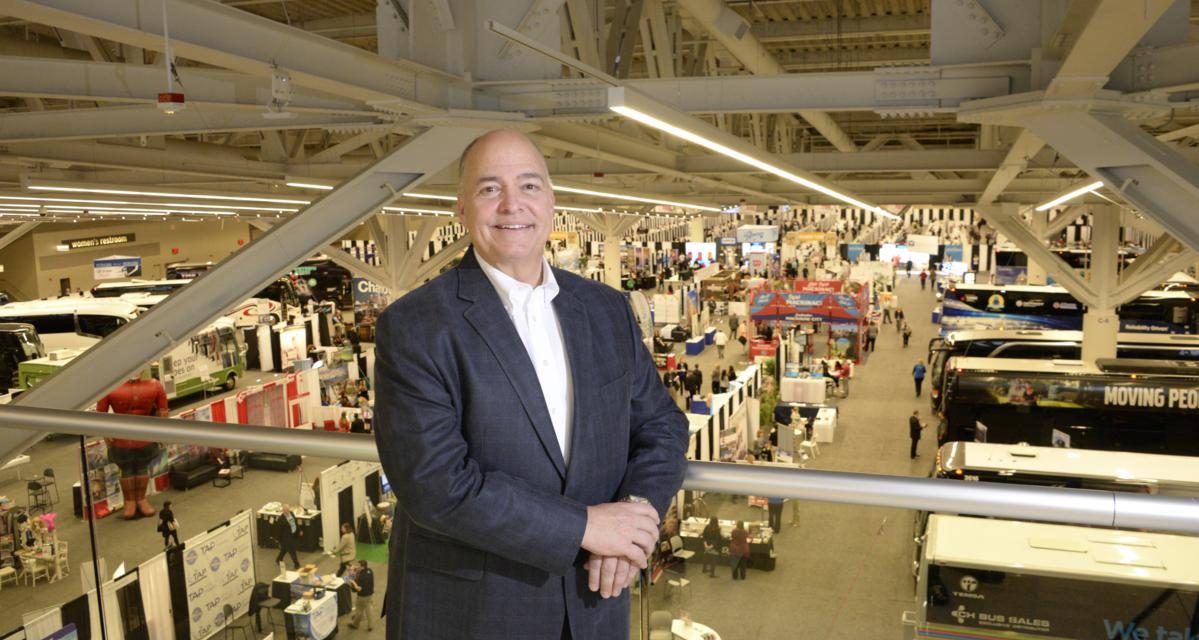 ABA’s head coach shares his outlook for the travel business

Peter Pantuso has guided the American Bus Association for over two decades. During his reign as president and CEO, ABA has established itself as the voice of the motorcoach industry. We sat down with Pete to talk national parks, the technology revolution and the importance of face-to-face interactions in an increasingly digital world.

Peter Pantuso: I’m hearing positive comments from every segment of the industry; they all seem to be running full-bore right now and doing well. Coach operators are telling us that they are having some of the best years that they’ve ever had. Tour operators are telling
us that there are more travelers than they’ve seen in a long time, and obviously the travel segment like hotels, restaurants, etc. are all doing well right now. So ’17 has been a great year and if ’18 comes anywhere close, it probably will be one of the best years the industry has seen in many years.

Interesting. How does that translate over to ABA? Have you seen any changes in your membership ranks, are you getting interest from new segments or are people saying, “Well, maybe I’m not going after groups because I’ve got people lined up outside my door at 10 o’clock in the morning and I don’t have to work as hard for that sector.”

That’s interesting because I thought it would be the latter, and we’ve seen that in the past when everybody’s traveling, the group side of the business tends to tail off a little bit in terms of the corporate commitment to go after that piece of business. But I can tell you that looking at Marketplace, which is coming up in January, it’s going to be probably the best-attended show we’ve ever had across the board in every segment.

I think there’s a recognition that with the group side of the business, if you’re going to be in it, you’ve got to be in it all the time. You can’t come and go and hope to do well during the downtime. 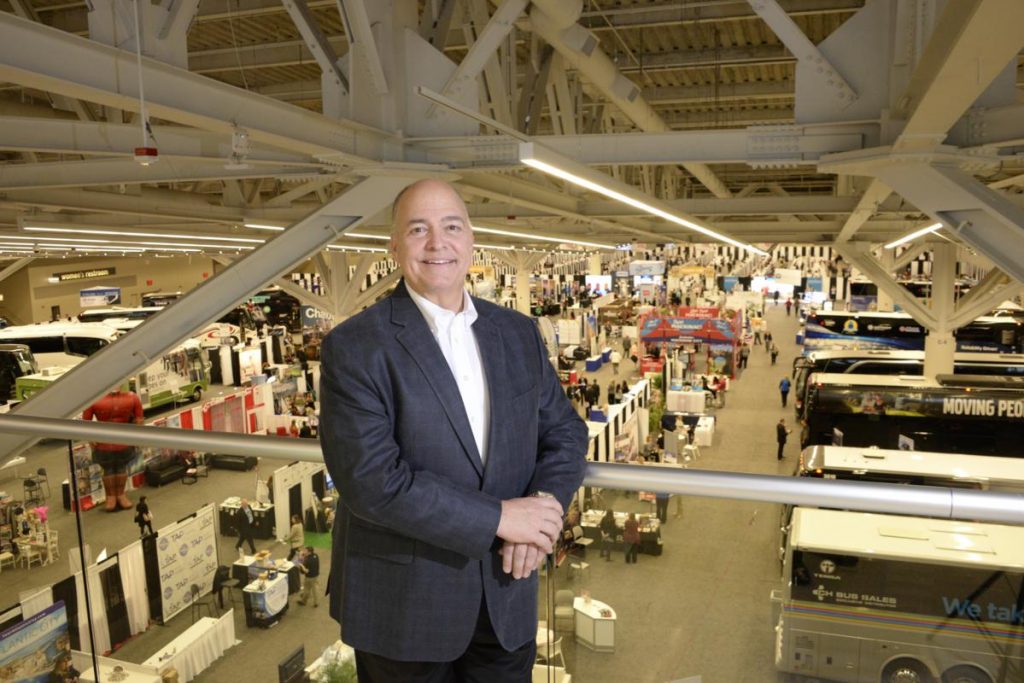 That’s a good message for the industry. What areas of your membership are doing better than others?

Our membership is still very strong, and there are different reasons for that. One is we’re spending a lot more time on the phone, visiting members, visiting other events and shows that are going on. Our membership staff is out just about every week at some event and making sure that when people are there they know who the American Bus Association is, or if they already know, we’re thanking them for being members.

What’s the burning issue right now with your members?

One element popped recently has been the National Park Service and their desire to put these unreasonably high fees on visitors coming into the parks. For individual visitors the numbers go up for a busload of people coming into the park. It goes from $300 to $1,200 in some cases in some parks and during peak periods.

In their proposal they basically said, “Hey, 2016 and 2017 were great years. We celebrated our anniversary, and we have a lot of visitors, and oh by the way, we don’t have enough money to pay for everything so we’re going to drastically increase our fees.”

I don’t think there’s a full realization by the Park Service that doing that is just going to drive people away. It’s going to have completely the opposite effect. As an industry we need to explain to them that having it going from $300 to $1,200 is just a nonstarter. It makes no sense at all if you want to continue to get more business and grow the visitation.

We’ve seen some pretty interesting tech come down the pipeline in the last couple years, specifically in the bus-based technology companies. What’s your take on what’s happening in this sector?

I think technology changes we’re seeing in the motorcoach industry by disruptors in the industry are having for the most part a very positive effect by bringing new customers to the table and making it easier for those customers to get on board the bus.

Today we have crowdsourced buses that are operating and taking people to concerts or taking them point-to-point between the cities. They’re just really an aggregator, but they pulled these individual private bus companies together and use their equipment.

So those kinds of things are going on. They’re changing quickly, they’re expanding, they’re bringing, in many cases, a lot of new customers to the table.

For bus operators, the challenge that they have is, “How do I fit into this new paradigm of this new system and still be able to do what I’m doing and do it at an efficient level.”

Do you track how many motorcoach companies there are in the U.S. and has that number changed?

We are just getting ready to release our census. I don’t have it in front of me, but I know it went down a little bit. I know ridership stayed about the same.

The model has changed so we’re not turning over the equipment as frequently. When you hold on to something longer and then it’s time to upgrade, that delta between the old vehicles and new vehicles had gotten wider. Coaches now are averaging $500,000 to $550,000 per vehicle, so if you’ve held on to that other one for 15 years and you don’t have enough value in it to trade up, that sort of gets people exiting the market.

The other thing that I’m seeing in the industry is generational change where sometimes that next generation is seeing their grandparents or their parents work on a 24/7 business and they have said, “I’m not sure I want to do this” and “I like that quality of work life balance that everybody is striving for today and so I don’t think this is where I want to be going forward.” That puts the pressure on owners. As a result, we’re seeing quite a few mergers in the industry, not rollups like we saw in the ’90s but more regional and strategic mergers.

That is driving down the number of companies. And in other cases we’re just seeing people exit the business. They may not have
a succession plan and decided to sell their equipment and get out. And we’re not seeing as many new companies come into the business as we saw in years past. I would say that’s probably a good thing because the Department of Transportation is being more strategic and looking closely at companies that are coming in.

Are you putting any energy towards helping motorcoach operators establish and maintain an active tour unit?

We do that on an individual level, but we haven’t done it on a mass level, and we need to do more of it. We’ve seen operators who get to a certain size and all of a sudden there are buses sitting idle. When they had three of them, they were on the road all the time. When they have six or 10, there’s always a bus sitting in the lot. How do they keep that busy?

I think that’s a role that we could do a better job of serving. It’s to help them come into that business and help drive their business as opposed to waiting for the phone to ring.

The other thing that we’re looking at here is those new people who are doing the same thing that tour operators are doing but aren’t tour operators. They could be any number of people who buy hotels, need to feed people, need to take them to places to see unique events, but they don’t consider themselves to be in the travel business.

So our challenge is how do we find those people, and how do we bring them in, and we probably have to change some of the terminology that we use to show the benefits of participating in the group travel market.

It’s probably the biggest challenge we have, but we know it’s something that we need to do. 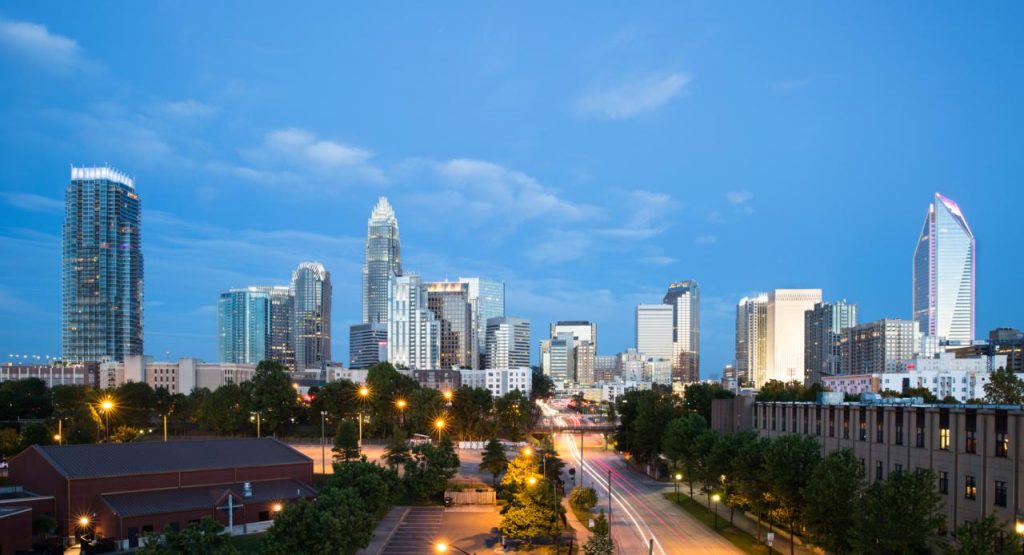 Let’s talk a little bit about Marketplace coming up in Charlotte. Tell me what you’re excited about, what you’ve got in store for folks coming into Charlotte in late January.

Well, they’re going to see again a new Charlotte. I’m amazed at that city and how it continues to expand and grow and add new travel products and new hotels. I was down there a few months ago, and it looks different from the last time I was there a couple years earlier. The sky is filled with cranes, there’s a lot of development going on.

We’ve got a really outstanding speaker coming in for the opening luncheon: Steve Miller who writes a book called Uncopyable. On a whim I picked it up and I’ve probably bought half a dozen copies to share with other people since that time. It’s a very simple message that he has about how to differentiate yourself in the marketplace.

We are going to be at the NASCAR Hall of Fame for one of the evening events. People had such a great time there and it’s so convenient, such a great destination, and their exhibits are changing all the time. Beyond that, it’s going to be a lot of great appointments. We’ve got more appointment takers, more buyers already locked down than we’ve had in the last couple of years, so from a buying and selling perspective it should be an outstanding show.