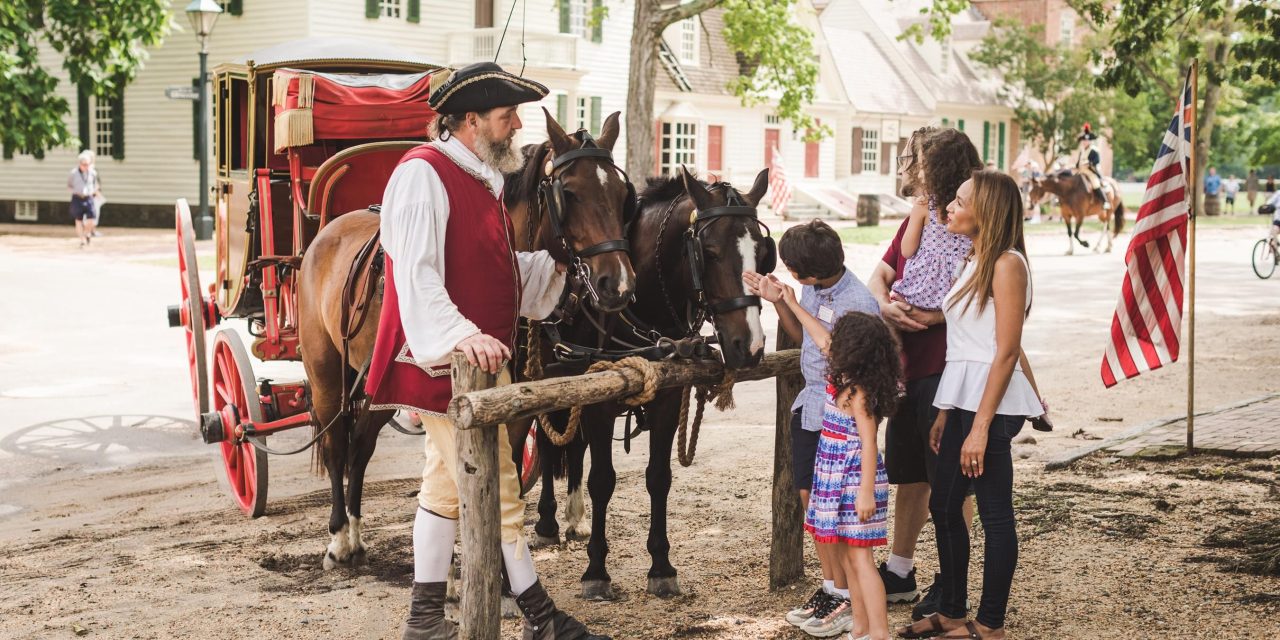 Journey back to the past with a visit to Colonial Williamsburg, America’s living-history museum

Groups seeking a historical journey will savor a visit to Colonial Williamsburg, where they will experience the wonders of America’s largest living-history museum.

Sitting on 301 acres with 500 public buildings, homes, stores and taverns reconstructed and restored to their original appearances, Colonial Williamsburg revives the spirit of life from the 18th century. More than just a city, Colonial Williamsburg is a recreation of life as it was during some of the most formative years of our nation’s history. Stories of brave individuals and groundbreaking events are recalled through guided and self-guided visits to Colonial Williamsburg, which help paint a vivid picture of this period in history. With more than 50 sites to visit within the city which include merchant shops, government buildings, religious sites, and public gathering spots, there are countless opportunities for learning.

Witness costumed interpreters portraying real historic figures associated with 18th-century Williamsburg who made significant contributions to the American story. Take a guided tour of the Governor’s Palace or the Capitol, the seat of colonial Virginia’s government.

Meet the world-renowned artisans practicing 18th-century trades that helped build a new nation. From blacksmithing to tailoring, there are over 20 historic trades to pique your interest. Be sure to visit the rare historic breed animals in pastures throughout the Historic Area, from Cleveland Bay horses to Leicester Longwool Sheep. 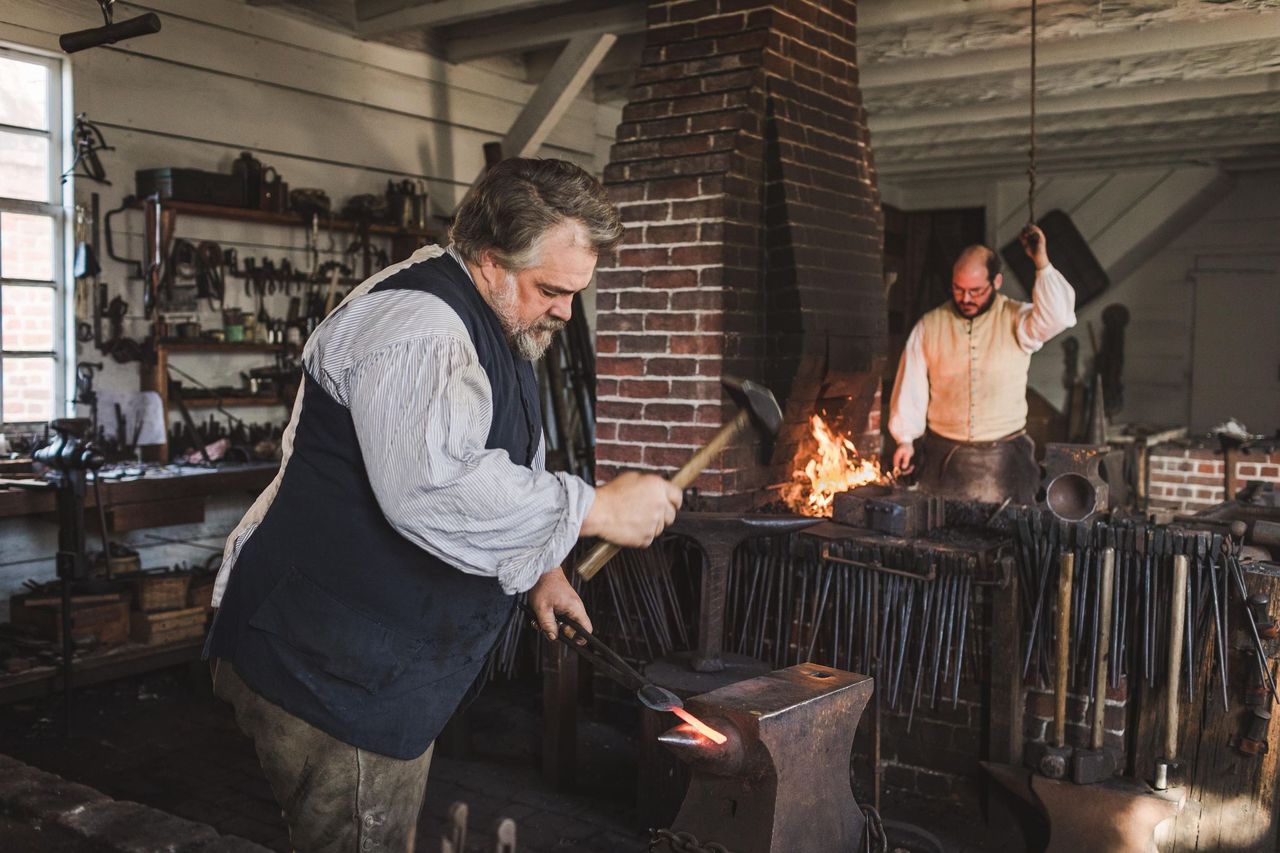 Sitting on 301 acres with 500 public buildings, homes, stores and taverns reconstructed and restored to their original appearances, Colonial Williamsburg revives the spirit of life from the 18th century.

Among Colonial Williamsburg’s many attractions is the Bruton Parish Church, an Episcopal church that was established in 1674, making it one of the oldest Episcopal churches in America. The building was designated a National Historic Landmark in 1970 and is a well-preserved early example of colonial religious architecture. The Bruton Parish Church remains an active Episcopal parish with nearly 2,000 members. Learn about the first Black church in America from Colonial Williamsburg archaeologists at the First Baptist Church dig site. Researchers and archaeologists are continuing to learn more about this rich history so that it can be shared—you may even see signs of ongoing preservation and archaeology work during your visit.

Don’t miss the world-class art museums of Colonial Williamsburg. Discover more of the collection on view than ever, from colorful and whimsical folk art made by amateur artisans in the Abby Aldrich Rockefeller Folk Art Museum to objects that are useful as well as beautiful in The DeWitt Wallace Decorative Arts Museum.

Visit the masterfully curated exhibitions or take a tour, then commemorate your trip with a visit to the Museum Store. At the end of your exploration, wind down with a glass of wine and a meal in the light-filled Museum Café or on the outdoor dining patio.

After a full day of exploring, relax at a historic tavern like King’s Arms Tavern for a colonial-inspired meal. Established in 1772 by Jane Vobe, this tavern was once described as a place “where the best people resorted.” Enjoy 18th-century-inspired recipes illuminated by candlelight.

The unique draw of Colonial Williamsburg is it is more than just a museum. It is a way to travel back in time and see the smallest of details as they were during the colonial era. Every day there are interactive events that allow visitors to take part in experiences that are otherwise rarely a part of our modern world. Stroll through the quaint car-free streets, take a carriage ride, shoot a musket, participate in a local court session, or visit the local silversmith shop. Colonial Williamsburg is a place for all interests and for all ages, and there is no shortage of learning and fun to be had at any time of year.