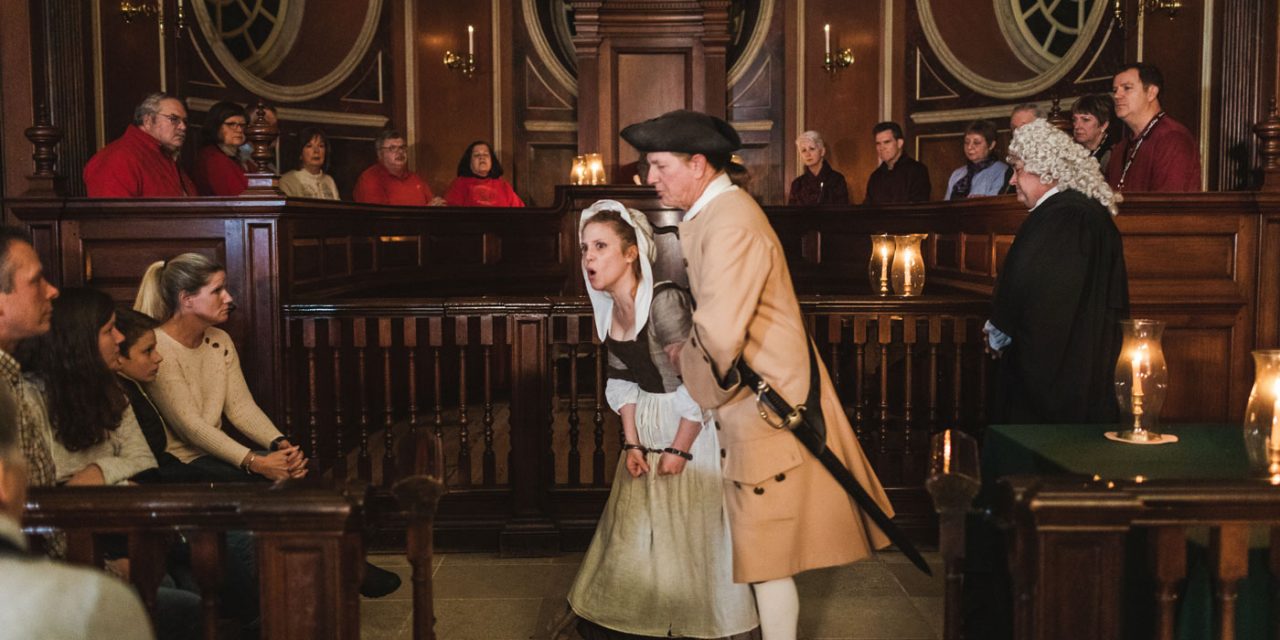 This historic American city will surprise you with its nocturnal activities

Colonial Williamsburg in Virginia is home to the biggest outside living museum community in America. Once England’s largest settlement in the 18th century, Williamsburg is also the place where independence was first declared in the American Revolution.

Today, Williamsburg houses 301 acres of reconstructed houses, shops and buildings, 88 of which are the original buildings. There is plenty to see, do and eat here, with actors dressed in colonial wear practicing trades from the 18th century, museums full of British and American art, and foods and snacks to try at stores and restaurants. Not only does Williamsburg have numerous activities during the day, there is also plenty to do after dark. 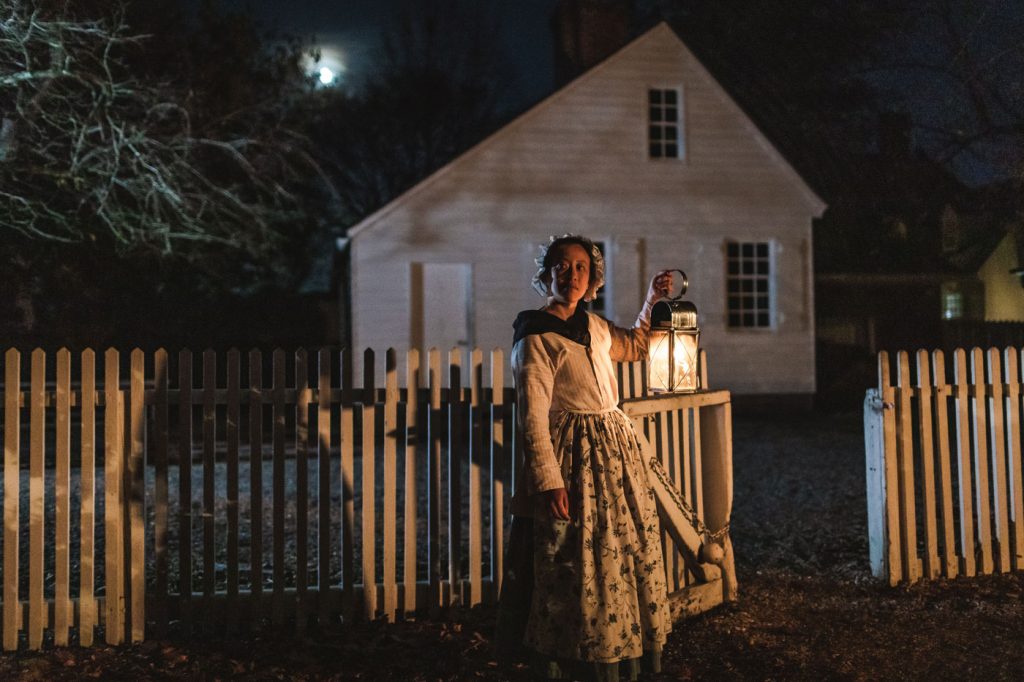 For those who love a good scare, there are ghost tours to enjoy in Colonial Williamsburg. Haunted Williamsburg is a tour that takes you around the community, and inside a myriad of historic buildings. This one-hour candlelit walking tour begins at the Play House Stage on Palace Green and is suitable for ages 8 and older. Guests will hear stories of ghosts from the 18th century all the way up to present-day experiences. There is also a junior ghost walk for younger children and families, a 45-minute tour that tells traditional scary stories with a Colonial Williamsburg flavor.

In the Capitol General Court, guests can attend and participate in mock trials modeled after those in the past. “The Virginia Witch” is one where guests participate in a trial against Grace Sherwood, a young lady accused of being a witch. Another trial features Israel Hands, a pirate captured in 1719 that was part of the infamous Blackbeard’s crew. Guests can also attend a trial for the leaders of the American Revolution, an alternative-history trial that gives attendees a glimpse into the past of what life would have been like if the American Revolution failed. Guests become a part of the trial, acting as jurors and deciding the fate of the defendants themselves. 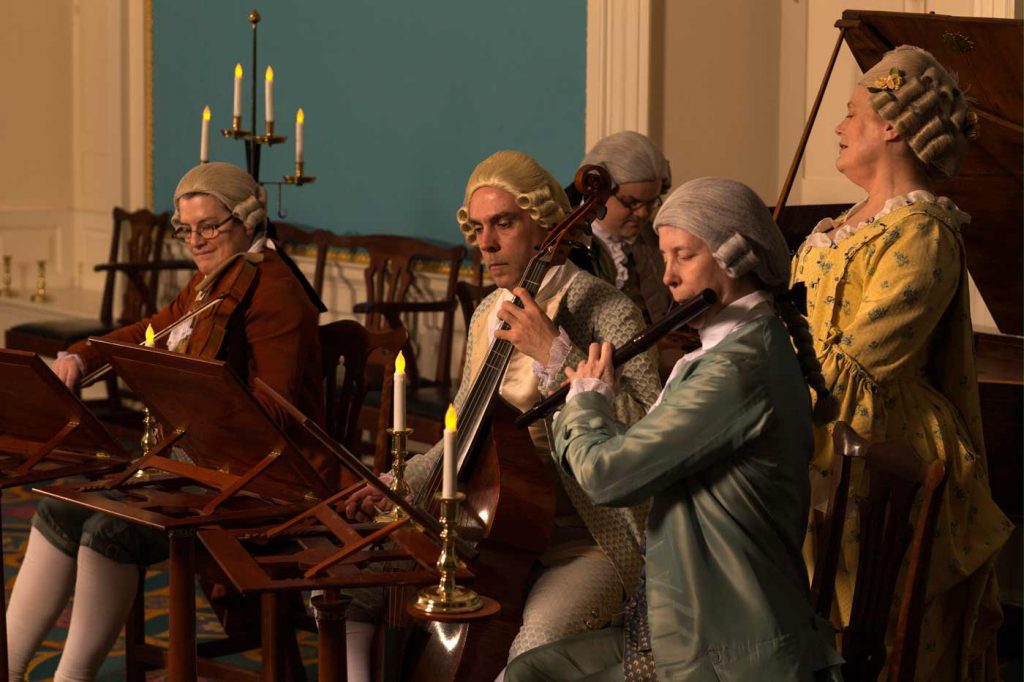 Colonial Williamsburg also offers activities in the Governor’s Palace, which used to house the King of England’s representative when Williamsburg was still an American colony. Groups can enjoy 17th and 18th-century music from the ensemble the Governor’s Musick, which is highlighted by strings, flute and a harpsichord, with the repertoire changing throughout the year. Over in the ballroom, groups can see demonstrations of a variety of dances from the 18th century and participate in them, as well.

For a more hands-on activity, the museum offers a beginner’s wool-spinning class. Guests get to learn how to spin their own yarn of a drop spindle modeled after an original made in 1770. The workshop uses wool from Leicester Longwool sheep, a rare British breed known for producing fleece popular to hand spinners. While spinning yarn, participants get to learn about the drop spindle, as well. All supplies that guests receive are theirs to take and continue their wool-spinning at home.

Escape the British, Protect the Spies

In the American Revolution, there were plenty of spies on both sides. In the Colonial Williamsburg escape room, guests can become a part of the espionage as they help suspected participants of the American Revolution break out of a room to avoid being interrogate by a British officer. Groups have one hour to decipher clues, spot the lies and save the spies. 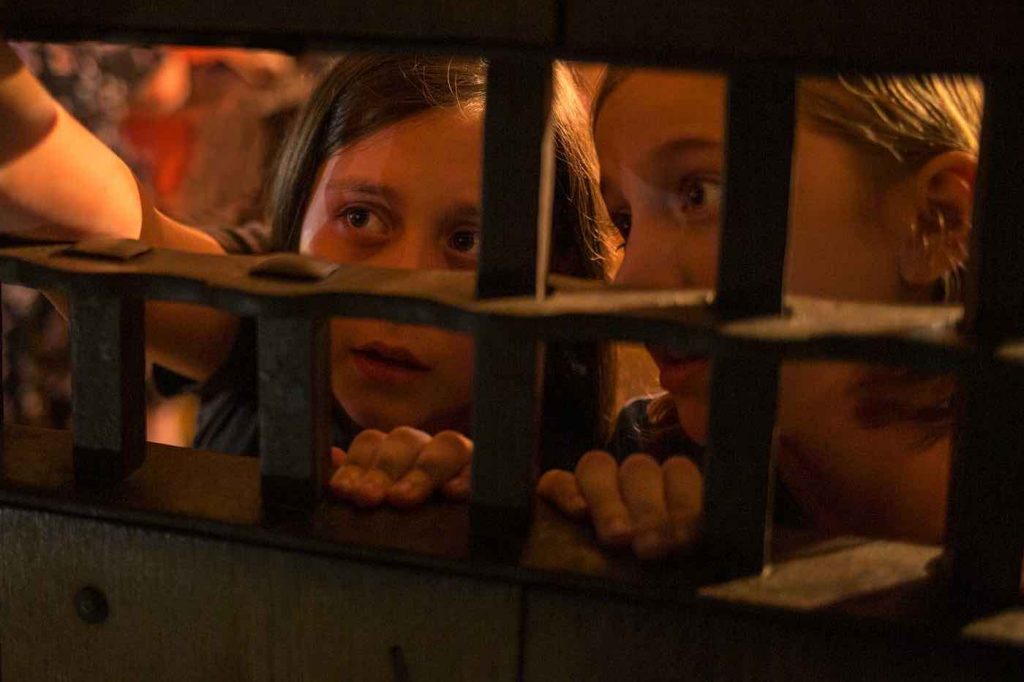 The Colonial Williamsburg Foundation also provides online activities. There are virtual 360-degree tours of the art museums and the Governor’s Palace with click icons to provide information and a closer look. They provide videos and articles on crafts and collections, like a do-it-yourself spring wreath and an inside look at textiles in the art museum. Colonial Williamsburg also features a blog that has posts about interesting pieces of history and 18th century recipes. In addition, there are also activity pages for kids to download, as well as educational tools, such as biographies on influential people during the American Revolution and an interactive timeline of events leading up to the revolution.