Historic Theaters of the Heartland 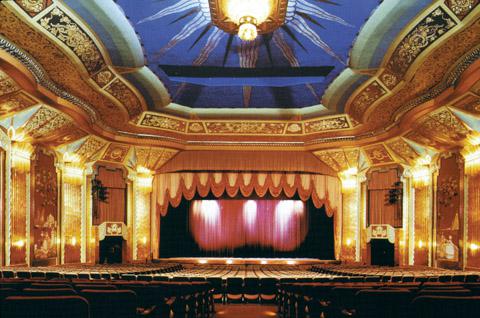 Vintage venues rich in history provide a diverse array of entertainment, from Broadway shows to comedy acts to concerts of all musical genres

The Midwest abounds with small theaters dating back to the 1920s and 1930s. Born as movie palaces in many cases, these restored venues have evolved into performing arts centers providing everything from a good laugh or captivating story to a chance to sing along with your favorite artists. Some provide behind-the-scenes tours that focus on the building’s history and architecture. Here are seven theaters that will make good additions to your group itineraries. 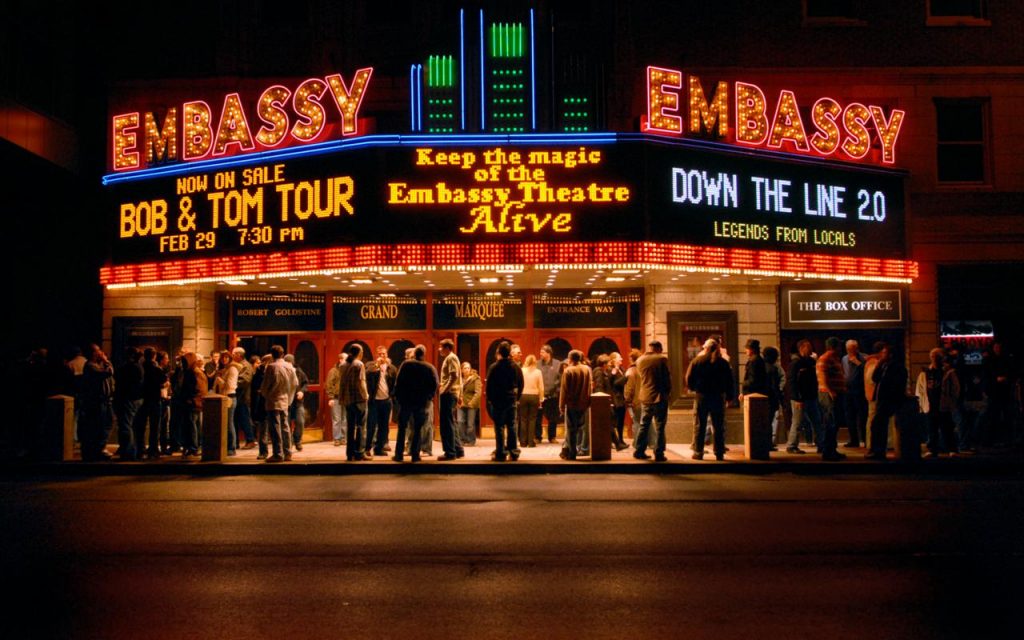 Since 1928 the Embassy Theatre has been captivating patrons with its historic charm and diverse show schedule. Previously known as the Emboyd Theatre, it was originally a movie palace and vaudeville house. A seven-story hotel housing 250 rooms enclosed two sides of the theater. When vaudeville was at the height of its popularity, the Emboyd featured acrobats, comedians, musicians and magicians. For a quarter of a century the theater featured the biggest stars of stage and screen, such as Tony Bennett, Louis Armstrong and Doris Day. The theater became the Embassy when it was sold in 1952. After it was threatened by demolition in 1972, a group of volunteers banded together to raise $250,000 to save the building, with just two days to spare before the scheduled destruction. Throughout the years this community treasure has undergone countless renovations. Today, the theater hosts comedians like Jerry Seinfeld and Broadway productions such as Mamma Mia! (fwembassytheatre.org) 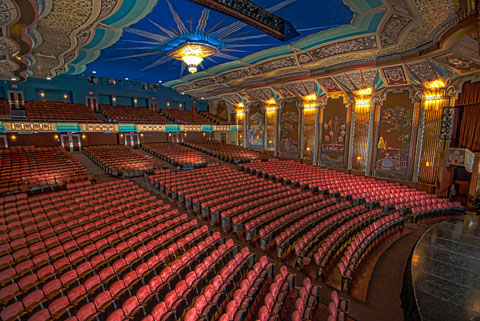 The Paramount Theatre has been a part of downtown Aurora since 1930. When owners of the Aurora Theater Company sought to build a new theater to accommodate the transition from silent to sound films, architects C.W. and George L. Rapp, known for their movie palace work, were commissioned to design it. They combined a Venetian theme with the trending Art Deco influence of the time. Although it catered mainly to movie goers, the theater also featured vaudeville, concerts, sing-a-longs and circus perform-ances. After years of wear and tear, the theater started undergoing renovations in the 1970s. Over 300,000 visitors from all over the Chicagoland area visit the Paramount annually to be entertained by dance, comedy, music, children’s programs and community events. The Paramount takes pride in pro-ducing all of its own Broadway shows, which have included Sweeney Todd and Jesus Christ Superstar. Movies are shown every Monday. Tours of the Paramount are available.
(paramountaurora.com) 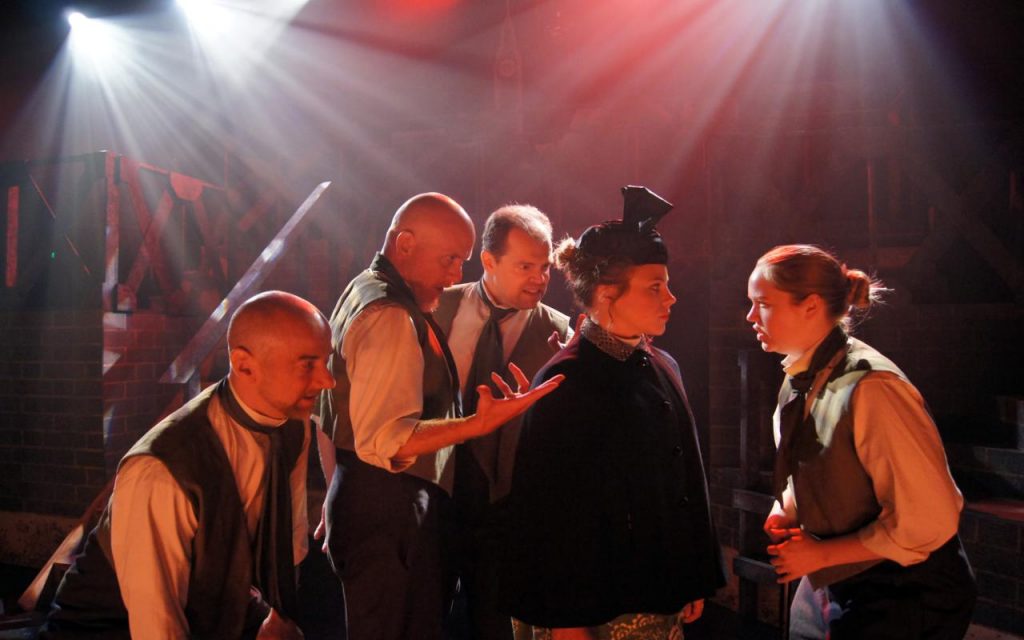 Located in downtown Bemidji, the Chief Theater provides year-round entertainment for an intimate audience of 315 guests. The venue was originally built as a movie theater but is now utilized as a multi-purpose performing arts center. Authentic Art Deco interiors reflect the theater’s colorful past. Tapping into its history with movies, the Chief still offers movie nights. The Paul Bunyan Playhouse, the oldest professional summer stock company in Minnesota, is the resident production company here and attracts talent from around the country. The playhouse, created in 1951, moved to the Chief Theater in 1992. Productions such as Dr. Jekyll and Mr. Hyde, Dracula, The Wizard of Oz, Beauty and the Beast and Chicago have been performed by the playhouse cast. The upcoming summer season will feature The Marvelous Wonderettes; Baskerville, A Sherlock Holmes Mystery; Schoolhouse Rock Live!; Almost, Maine; and Legally
Blonde, The Musical. (thechieftheater.com)

Opened as the Radio Keith Orpheum in 1931, this theater became the largest movie house in Iowa. Art Deco elements of the time, such as gold-leaf ceilings, crystal light fixtures and black ebony, walnut and marble detail, have been preserved.  In 1973 the theater closed as a movie house and was utilized only periodically for road shows and concerts. Eight years later it was bought and donated to the RiverCenter for the Performing Arts, Inc. and was restored and renamed the Adler Theatre in 1986. It hosts Broadway shows, other theatrical productions and comedians. Musicals such as Annie and Rent have graced the Adler stage. Concerts have included artists like John Mellencamp and ZZ Top. (adlertheatre.com) 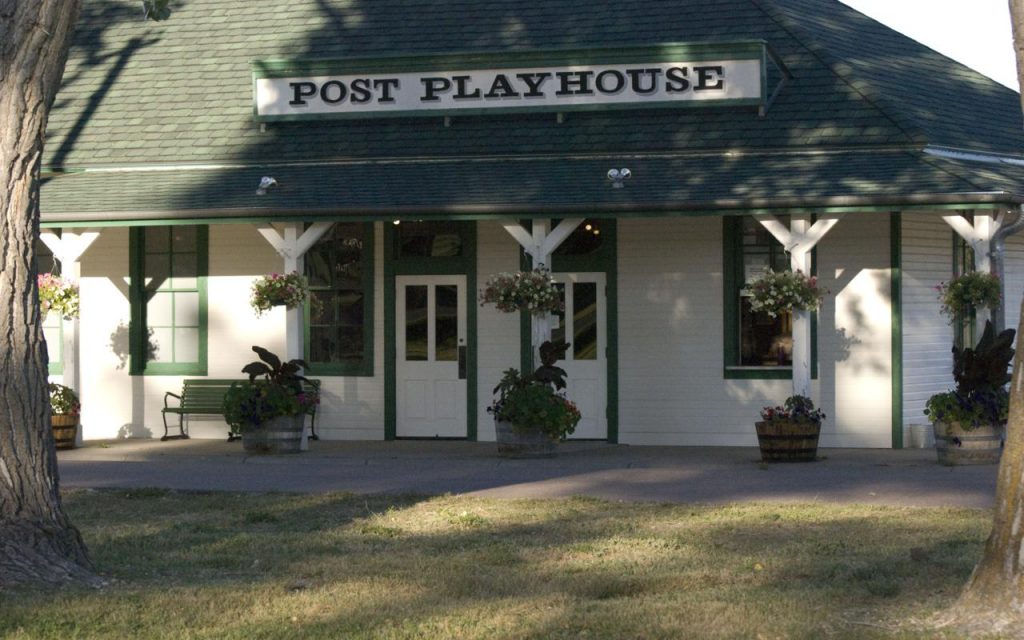 Post Playhouse is one of a kind, not only for its location but for its history as well. The theater is located in Fort Robinson State Park in northwestern Nebraska. The park was a former military fort, the theater building a former quartermaster’s depot. Performance professionals from all over the country come every summer for the Broadway musical series. This year’s lineup starts on June 2 and includes Shrek the Musical,
Mamma Mia!, Crazy For You, Chicago and Young Frankenstein. (postplayhouse.com)

The Historic Fox Theatre opened in the summer of 1931 as an impressive movie palace. It has one of the finest displays of Art Deco architecture in the Midwest. The theater closed in 1985 and was purchased in 1990. It opened again in 1999 after undergoing a$4.5-million renovation, attracting artists like Art Garfunkel, Jeff Dunham and Blood, Sweat & Tears. Designated the “State Movie Palace of Kansas,” the Fox is on the National Register of Historic Places. Today it hosts orchestras, comedians like Jim Belushi and current movies. Behind-the-scenes tours are available. (hutchinsonfox.com)

The Lerner Theatre opened in 1924 with 2,000 seats for vaudeville shows, concerts, theatrical revues and movies. Several ownerships followed and for many years it was known as the ELCO. After the city of Elkhart purchased the decaying theater in 1990 with the intention of saving it, the ELCO Commission for Performing Arts was established to guide the $18-million renovation, which was completed in 2011. The lobby of the Lerner doubles as an art gallery that displays the work of local artists thanks to the Midwest Museum of American Art of Elkhart. Upcoming shows include
Singin’ in the Rain, The Little Mermaid and Joseph and the Amazing Technicolor Dreamcoat. Guided tours are available. (thelerner.com)