History and Culture Along Mississippi and Illinois Rivers 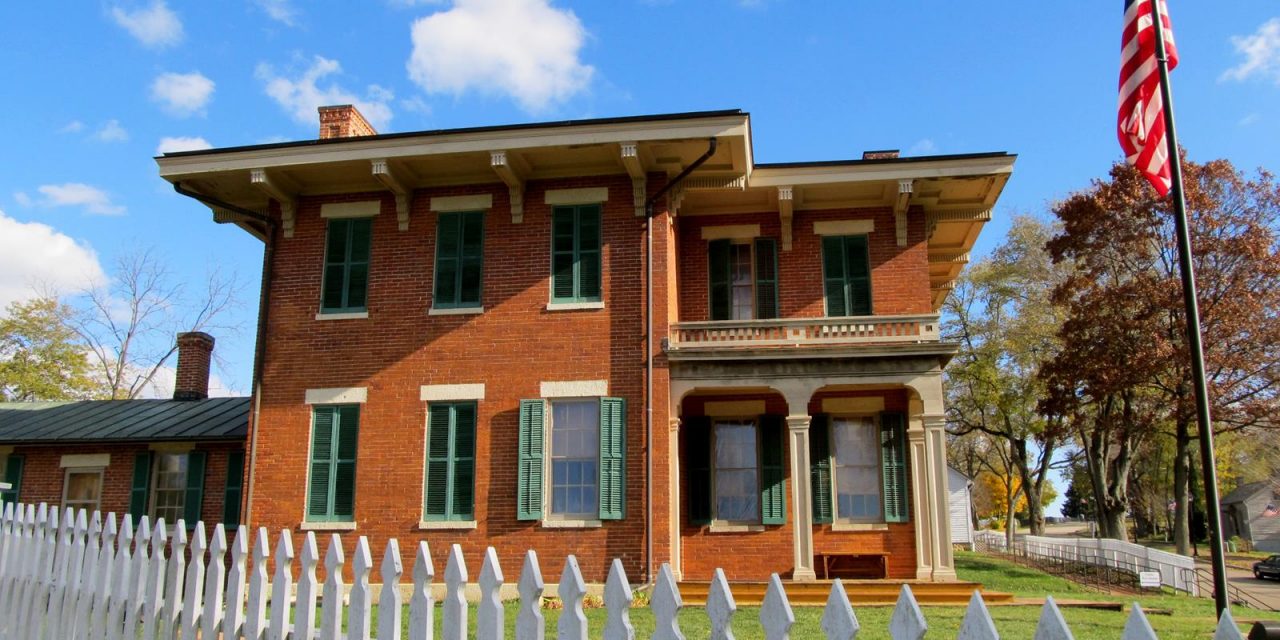 For unique perspectives to the past and present, Illinois and Mississippi river cities offers everything from quirky museums to leisurely boat tours

The history of Illinois is written not in ink — but water. It is impossible to imagine the state’s cultural migrations and economic growth without waterways like the Mississippi and Illinois Rivers, which bonded Native American civilizations, drew French traders to the region and accelerated the industrial development of today’s thriving cities. Groups can walk through preserved settlements, enlightening museums and lively entertainment districts throughout the state’s Great Rivers County. 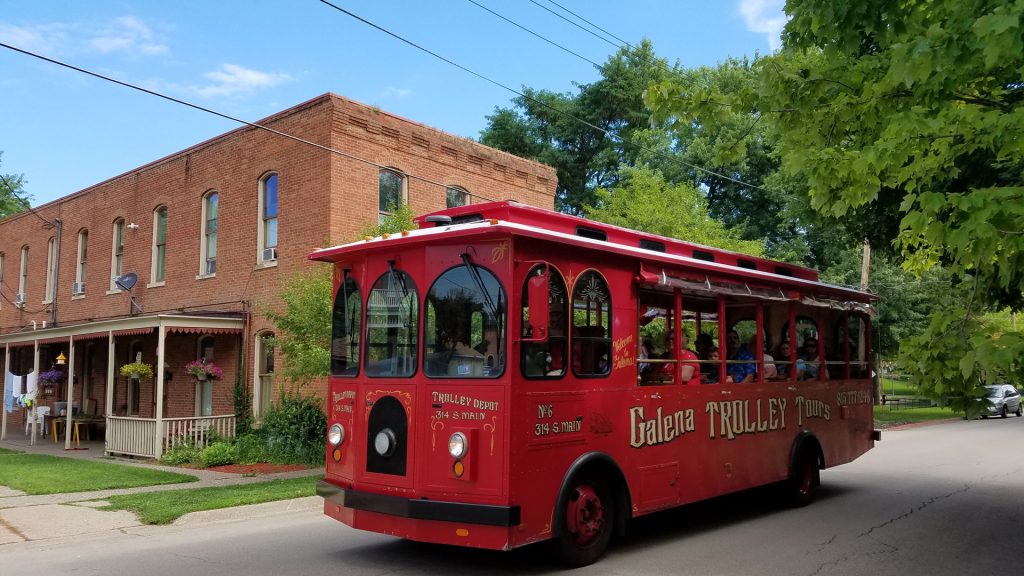 Built into the steep Driftless Area hillside, Galena is a city out of time. Once the largest Mississippi River trade port north of St. Louis, this boomtown thrived during the steamboat era, but the popularization of train travel and the beginning of the Civil War stunted its economic development. Fortunately, the city has flourished as a tourism destination, and your group can walk the curving streets that have changed little since the 1840s. Downtown’s Helluva Half-Mile is lined with over 125 restaurants and shops can be easily explored on foot, or you can embark on a Galena Trolley Tour to pass famous buildings like the DeSoto House Hotel (where Abraham Lincoln delivered a speech from the balcony in 1856). Orient your group to local history with a visit to the Ulysses S. Grant State Historic Site. The famed Civil War general lived and eventually retired here before and after his presidency, and a docent can offer a thorough tour of this Italianate-style manor that retains its 1865 furnishings. History buffs will also want to tour the Dowling House, one of the state’s oldest surviving buildings and exceptional example of Galena’s limestone-based architecture. 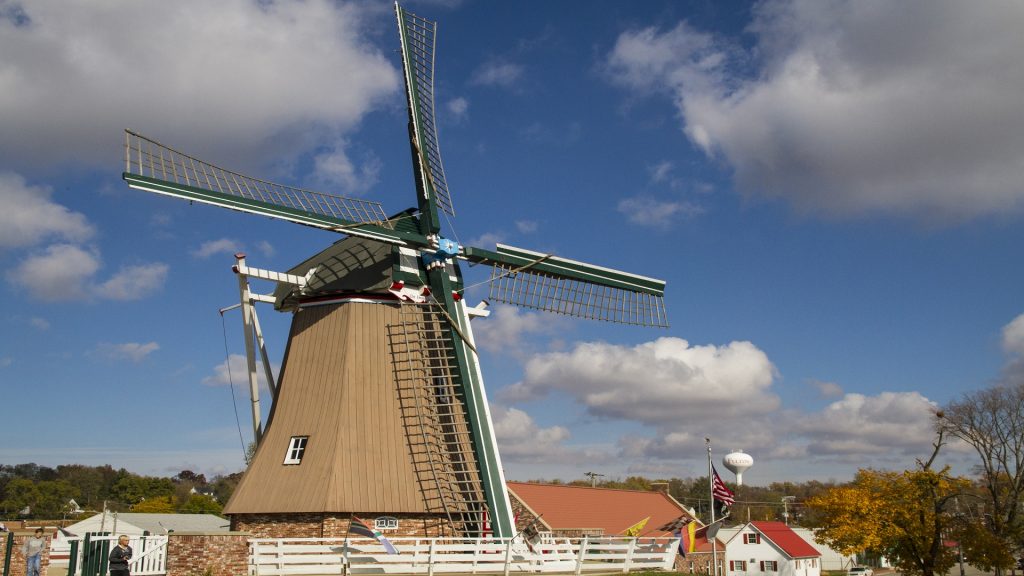 Downstream is the town of Fulton, best known for its Mississippi River views and strong Dutch heritage. The city’s signature attraction is the De Immigrant Windmill, a nearly 100-foot-tall engineering marvel that was pre-fabricated in the Netherlands. The fully operational mill grinds buckwheat, corn, rye and wheat, and you can learn about Fulton’s long history with the Dutch people in the adjacent Windmill Cultural Center. Groups will also enjoy the city’s Heritage Canyon, a 12-acre abandoned quarry that is now populated with 19th century buildings like a schoolhouse, church and log cabin. Further history awaits at the nearby Albany Mounds State Historic Site. These preserved burial structures give key insight into the Hopewell people, who occupied this region for over 10,000 years and whose artifacts suggest a civilization of advanced trade routes and religious practices.

The Quad Cities is a bi-state region united by the Mississippi River, each downtown and main street offers its own vibe with entertainment, live music, craft breweries, restaurants, museums and attractions. 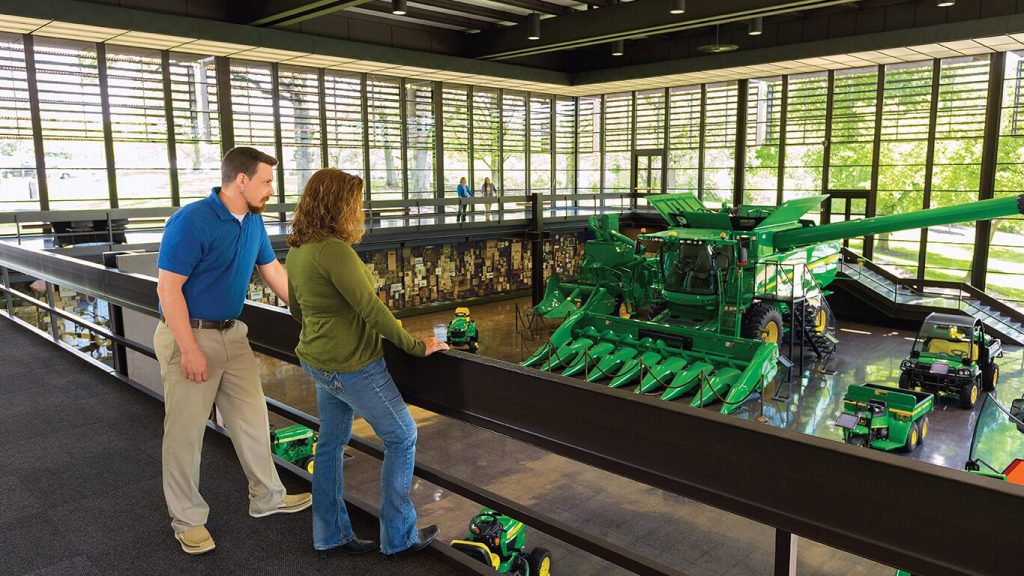 Moline, on the Illinois side of the river is home to Deere & Company’s World Headquarters and the John Deere Pavilion. The pavilion showcases vintage farming equipment, cutting-edge technological prototypes, interactive experiences, history on John Deere and the company and exhibits on how they work to feed the world. Professional guides tell the story of John Deere and Deere & Company. The John Deere Store, next door, stocks gifts for friends back home. 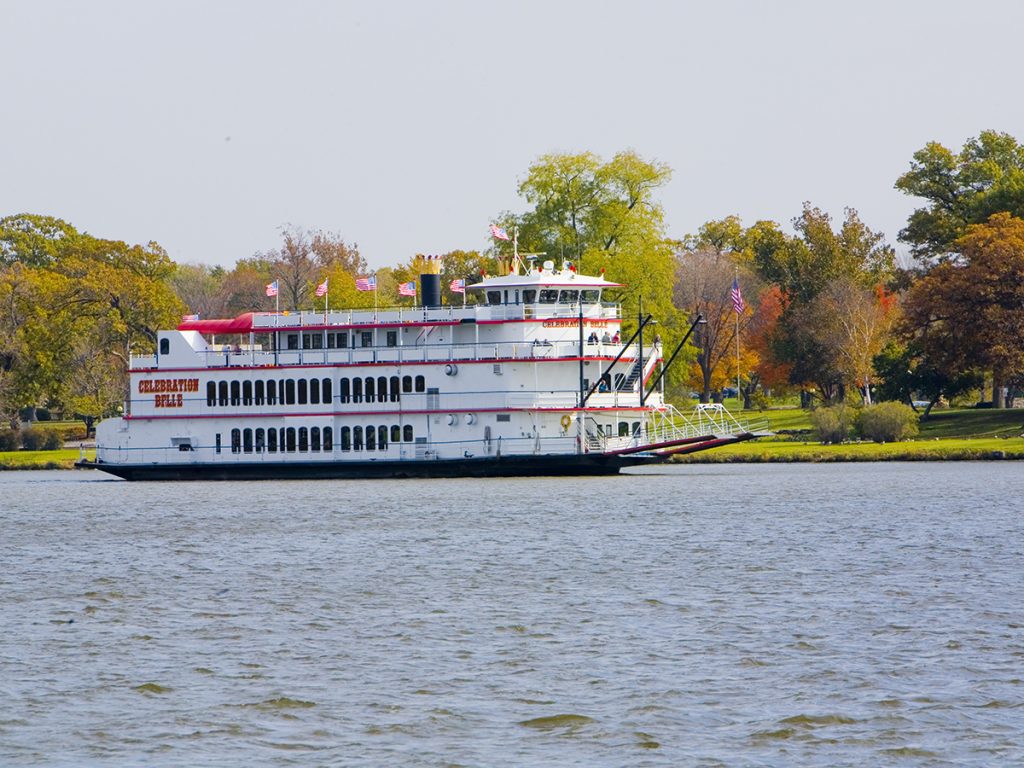 For unbeatable views and a delicious meal, set sail on Celebration River Cruises. The Celebration Belle riverboat can transport 750 passengers around scenic bends on the Mississippi River, and the company offers several meal packages and themed excursions such as Fall Foliage and Big Band.

Located on a 946-acre island on the Mississippi River, the Rock Island Arsenal is one of the largest government-owned weapons manufacturing sites in the nation. It is home of the First Army headquarters, and the U.S. Army’s Center of Excellence for Additive Manufacturing. The Island was originally established as a government site in 1816, with the building of Fort Armstrong. Placed on the National Registry of Historic Places in 1969, the island offers group tours that include stops at bridges that date back to 1852, and replicas of officers’ quarters when the island was an operational military fort. Guests can also explore the Mississippi River Visitors Center on the island to learn about the U.S. Army Corps of Engineers’ sophisticated lock and dam system.

The Quad City Botanical Center in Rock Island features exotic tropical flowers, a 14-foot waterfall and reflecting pools. Also in Rock Island, experience an evening of live entertainment at The Circa ’21 Dinner Playhouse. One of only a few dinner theatres still in existence, Circa ’21 delivers exceptional shows in a beautifully restored Art Deco theater.  Even your servers perform on the stage. 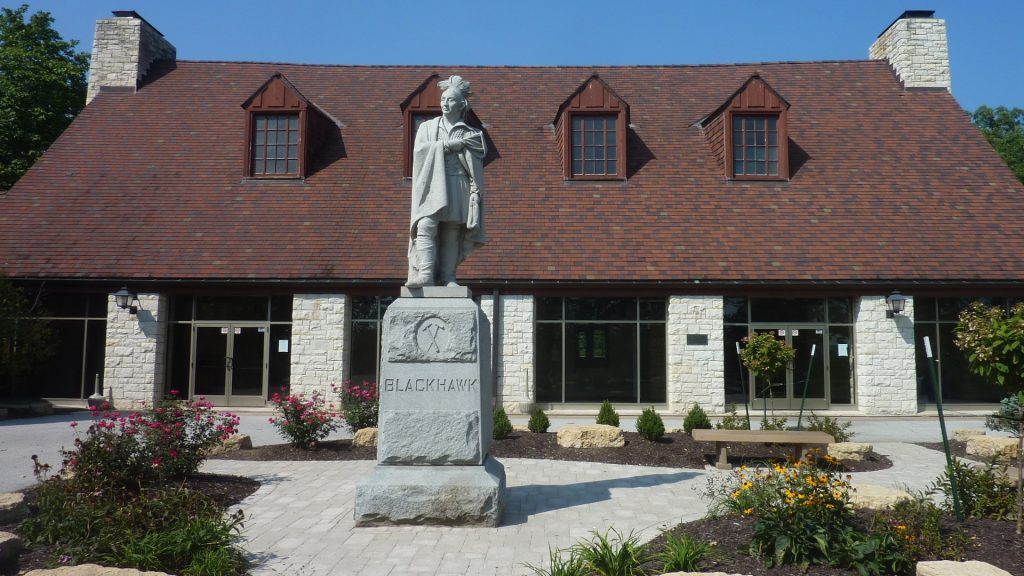 Discover the region’s rich Native American history at the Black Hawk State Historic Site, a 208-acre preserved area where the great Sauk warrior, Black Hawk, once called home. The grounds near and around the site were once home to Saukenuck Village – one of the largest Native American Indian settlements in North America. Your party can walk along the Rock River, learn about Sauk culture at the John Hauberg Indian Museum or embark on a wildflower hike with a local naturalist.

For outdoor adventure and diverse dining, travel into the state’s interior to Peoria. Situated along the Illinois River, this welcoming city is a group-friendly standout in central Illinois. Begin with an introduction to Peoria’s most famous import at the Caterpillar Visitors Center, where you can learn how the famous machinery company helped construct the Panama Canal, experience 3D project management in the Immersive Visualization Center and see the industry’s 21st century potential in the Future Theater. Also along the water is the Peoria Riverfront Museum, a multi-disciplinary education center where you can explore a sculpture garden, admire antique vehicles and be transported to outer space at the Dome Planetarium. Visitors to these attractions may spot a turn-of-the-century paddleboat leisurely floating down the Illinois River. That’s the Spirit of Peoria, which offers peerless city skyline views and offers a diverse selection of cruise programming, from sightseeing excursions to the Southern-themed Dixieland Dinner Cruise. 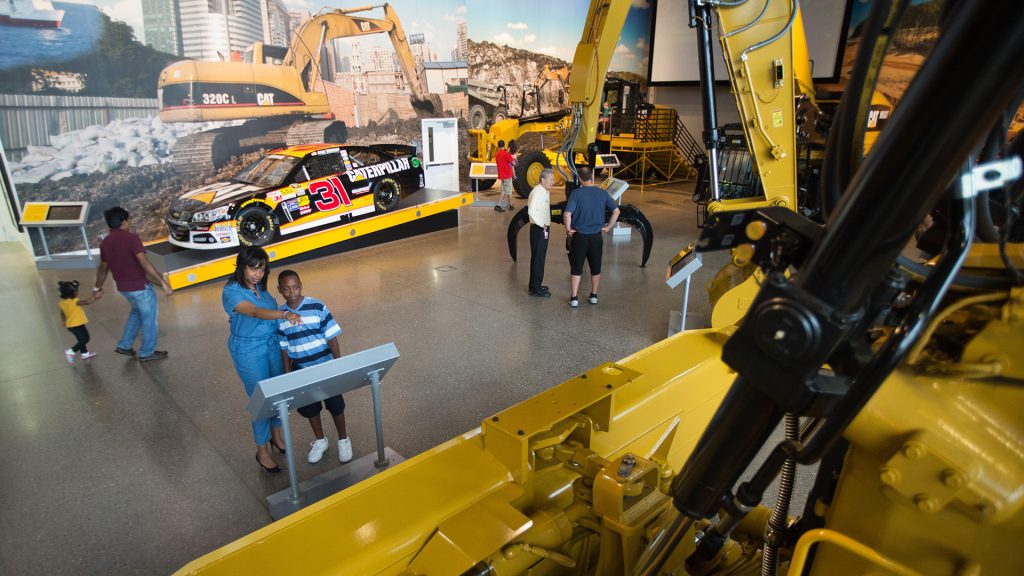 Landlubbers will find plenty of evening options in the RiverFront District, a lively area where groups can enjoy a leisurely meal, try a new cocktail and listen to live music with views of the water. Local favorites include Rhythm Kitchen Music Café (the go-to location for Creole specialties), Blue Duck BBQ Tavern (which specializes in brisket sandwiches) and Martini’s on Water Street (where you can sip 100 variations of the famous drink in a renovated train station). Wildlife Prairie Park just west of the city offers “untamed” trek  adventures where groups can ride through an undisturbed prairie landscape inhabited by over 50 species native to Illinois. For a unique lodging experience, consider an overnight stay in the property’s converted Santa Fe Train cabooses.

Mormonism’s original settlement until religious intolerance forced Joseph Smith and his followers to depart in 1844, the city of Nauvoo retains much of the architecture and evidence that nearly over 10,000 Mormons once lived here. Orient your group at the Joseph Smith Historic Site, which provides background on the Mormon’s migration west before you begin a walking tour of the city. Tours can include the Webb Brothers’ Blacksmith Shop for ironwork demonstrations, the Red Brick Store (which replicates dry goods merchandise from the 1840s) and a home that belonged to famed Church of Jesus Christ of Latter-day Saints president Brigham Young. For more Mormon history, visit the nearby town of Carthage to tour a jail that Joseph Smith and his brother Hyrum were persecuted in.

Filled with architectural jewels that represent the Gothic, Queen Anne and Arts & Crafts styles, Quincy offers a 15-building tour for motorcoach groups to experience at their own pace. The city’s Greek Revival highlight is the John Wood Mansion, home of Quincy’s founder and the 12th governor of Illinois. Visitors can walk through a preserved log cabin built in 1837 and a parsonage building that houses Adams County artifacts that date back centuries. A great place to stop for a photo is the Piasa Bird, in Alton, a painting on the bluffs of a dragon-like beast that was said to have terrorized and devoured natives. The painting was first discovered and recorded in 1673. 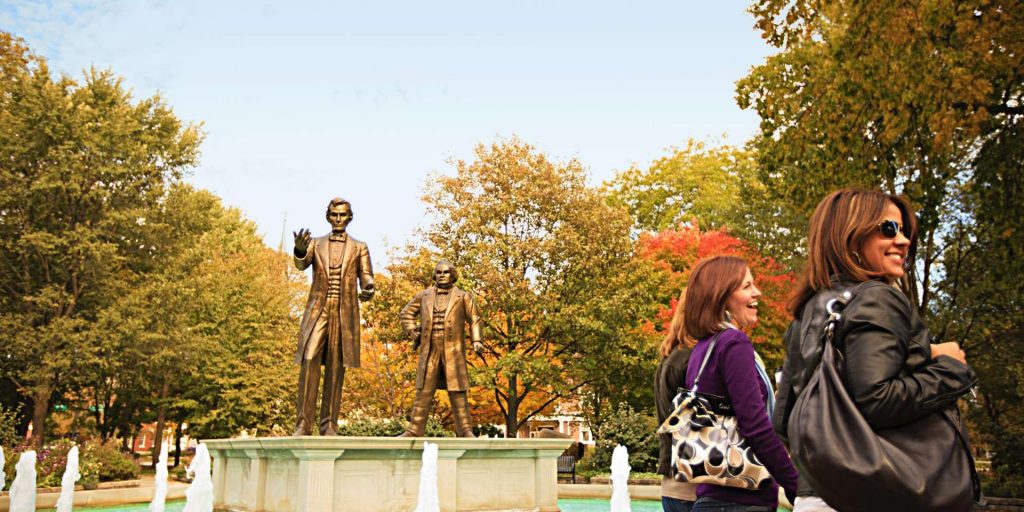 Alton, a city brimming with antique stores and quaint cafes that await your browsing, is also site of Lincoln-Douglas Debate Square. It was here in 1858 where the two men would modernize political debates, and the event that drew over 6,000 spectators would launch Abraham Lincoln to national prominence. Groups can take a self-guided tour past plaques that explain the abolitionist movement of the 1850s, and a life-sized statue of the two men is an ideal photo opportunity. Also in Alton is the National Great Rivers Museum, which investigates the influence the Mississippi River on transportation technology and American culture. Interactive exhibits include a dam simulator and aquarium that spotlights the river’s ecological diversity.

The region east of St. Louis is where famed explorers Meriwether Lewis and William Clark would stop before venturing to the Pacific Ocean. The Lewis & Clark Historic Site in Hartford reconstructs Fort Dubois, where the Corps of Discovery made its final preparations during the winter of 1803-1804. Exhibits replicate 1803 U.S. Army designs, and daily interpreters explain to visitors the harsh Midwestern winters the crew endured. Visitors can also climb the Lewis & Clark Confluence Tower, which honors the Corps of Discovery launch on May 14, 1804 and rises over 150 feet tall for a great view of the Missouri and Mississippi river confluence.

Edwardsville, the third-oldest city in Illinois, is home to the historic Wildey Theatre. Opened in 1909 as an opera house and a second-floor meeting hall for the Independent Order of Oddfellows, the Wildey has been a local landmark since 1986. In addition to hosting musical performances, groups can tour the Wildey with a local guide. 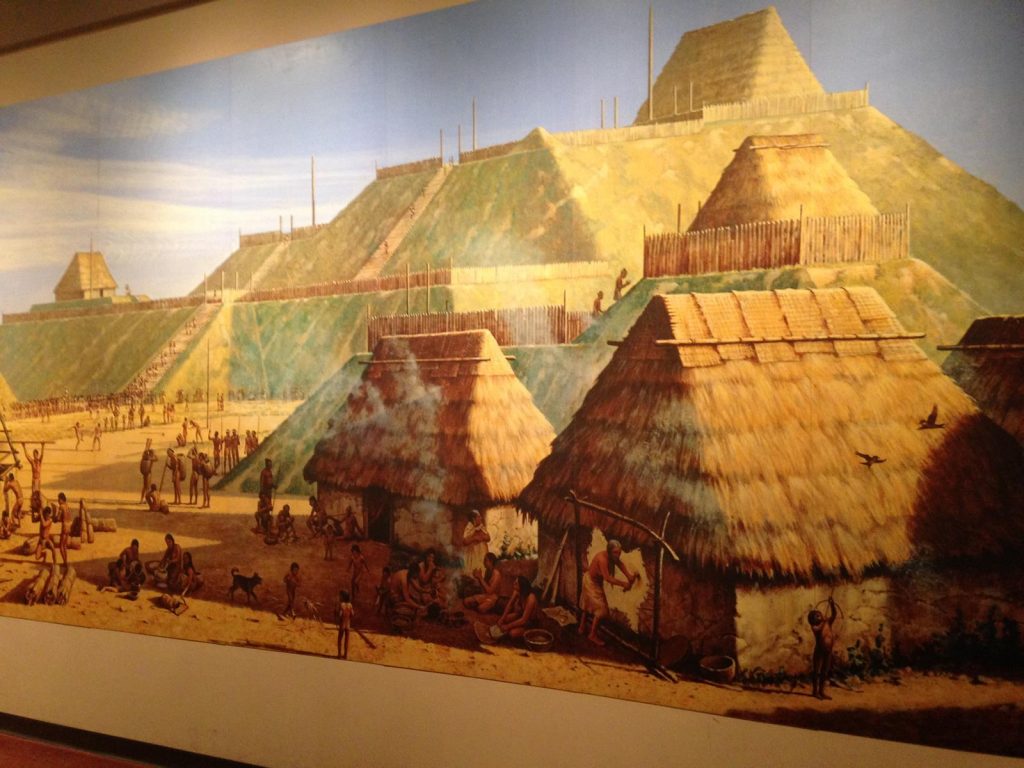 Another great group stop is the Cahokia Mounds Historic Site in Collinsville, a UNESCO World Heritage Site that encompasses over 2,000 acres of archaeological remains and 70 burial mounds. Group tours can include the interpretive center (which houses a recreated Cahokia village), several natural trails and a walk to the top of the 100-foot Monk’s Mound (the largest man-made mound north of Mexico). 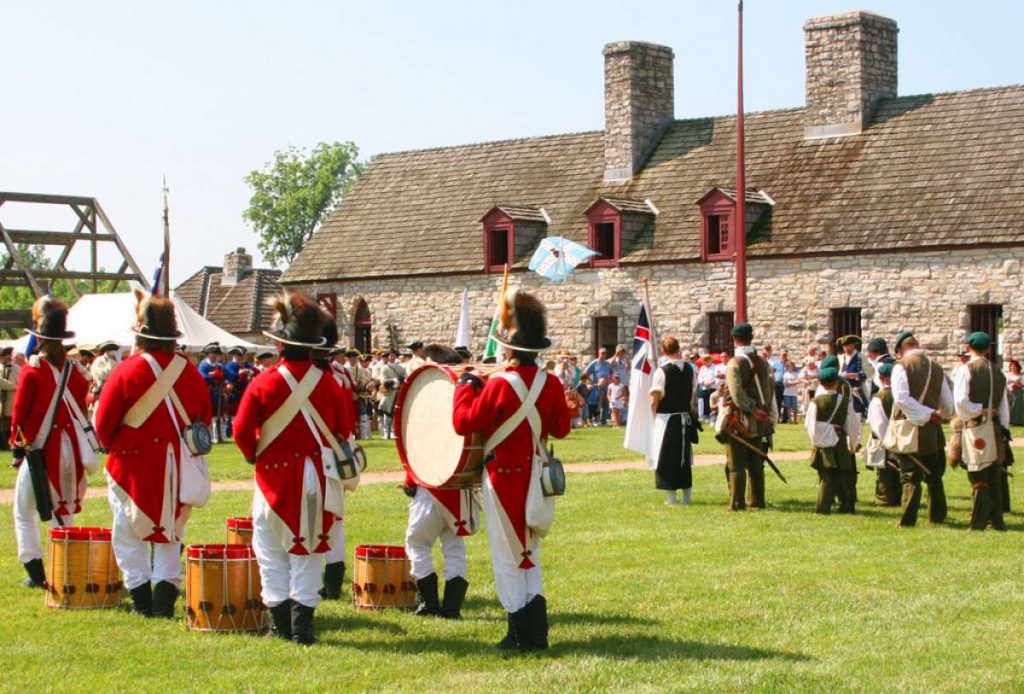 The city of Prairie du Rocher is one of the oldest remaining municipalities in the world that began as a French outpost, and you can learn about southern Illinois Francophile connections at the nearby Fort de Chartres State Historic Site. Named for House of Bourbon member Louis, Duke of Chartres, the structure was a major hub for 18th century French merchants before it was overtaken by British forces in the French & Indian War and left to ruin. A reconstruction of the fort is now receptive to visitors, who can walk the garrisons, learn about colonial life from historic reenactors and see the powder magazine (believed to be Illinois’ oldest building). Named for fertile plains and reminiscent of the Nile Delta, Cairo is Illinois southernmost city and site of Fort Defiance, a Civil War fortification built on the strategic convergence of the Mississippi and Ohio rivers.  While most of the structures have been removed, your group will have unobstructed views of America’s greatest waterway from Fort Defiance Park.