Planning group travel to South Dakota usually means choosing one of the state’s four regions. And the region that gets the most attention is undoubtedly the western, but that’s not all the state has to offer.

South Dakota is a state of wide-open spaces and big skies, so it’s no surprise that regional activities often focus on the great outdoors.  The central part of the state is dominated by the Missouri River and is home to South Dakota’s Great Lakes, all created by dams on the river. Taken all together, they provide more than 3,000 miles of shoreline.

South Dakota also served as one of the gateways to the American West. The northeast region is steeped in this era of history. Perhaps its best-known claim to fame is the Laura Ingalls Wilder homestead in De Smet.

And then there’s the Badlands and Black Hills in the west. These famous features of South Dakota’s landscape are collectively the jewel in the tourism crown. This is the region of lush grassy lands and bare rock, of gigantic monuments to history and towns that seem to have stood still in time. 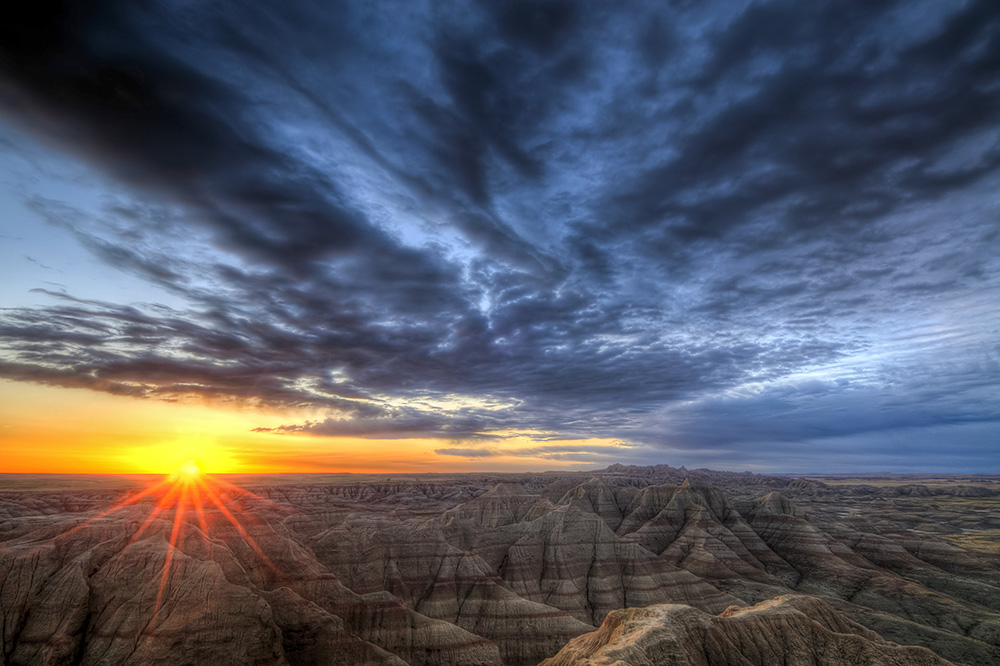 With most of South Dakota’s big draws located nearby, the Rapid City area is a particularly good place for scenic byways. If your group wants to see a lot in a short period of time, a trip down one of these byways is a good choice.

Wildlife Loop State Scenic Byway in Custer State Park. This 18-mile scenic loop showcases the hills and grasslands of the southwestern corner of South Dakota. Here your group can see bison, bighorn sheep, pronghorn, elk and many other local fauna. Custer State Park is also home to the famous begging burros, which have no hesitation in approaching tourists for a tasty snack.

Spearfish Canyon State and National Forest Service Scenic Byway. The 20 miles along US-14a that make up this route show off beauty of the Black Hills. Here your group will see a landscape of water and forest, canyons and waterfalls. Fall colors are especially spectacular.

Peter Norbeck National Scenic Byway. Another byway tucked into the Black Hills, but this one’s a bit longer. It’s set along South Dakota Hwy. 87 and US 16a. It’s a winding 70 miles, but visitors who brave the tunnels and tight curves are rewarded with views of Mount Rushmore in the distance. Be aware that most motorcoaches cannot fit through the tunnels.

Badlands Loop Scenic Byway. The scenic overlooks along this 30-mile stretch of SD-240 offers camera-worthy views of grasslands and badlands. 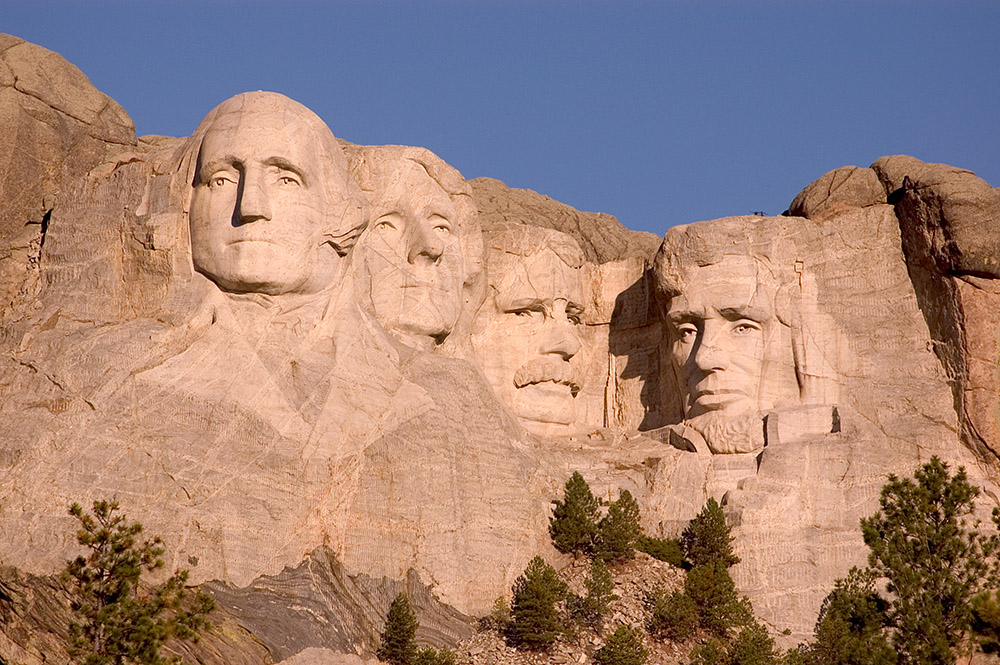 South Dakota is not reticent about its national monuments. And they’re not something groups are likely to accidentally overlook.

Let’s start with Mount Rushmore National Memorial, a.k.a. the Shrine of Democracy. Started by sculptor Gutzon Borglum in 1927, it has the well-known faces of Presidents Washington, Jefferson, Roosevelt and Lincoln carved 500 feet up the side of a mountain. To get a good view, don’t miss the half-mile-long President’s Trail. And on its way to Grandview Terrace, your group will be able to experience the Avenue of Flags, which contains all 56 state and territory flags of the US.

Another massive monument your group will not want to miss is the Crazy Horse Memorial. Commissioned by Chief Henry Standing Bear to show that “the red man has great heroes too,” this colossal work has been in progress since 1947. When the original sculptor, Korczak Ziolkowski, died in 1982, his family took over. Although still under construction, the sculpture’s size and grandeur are already impressive. 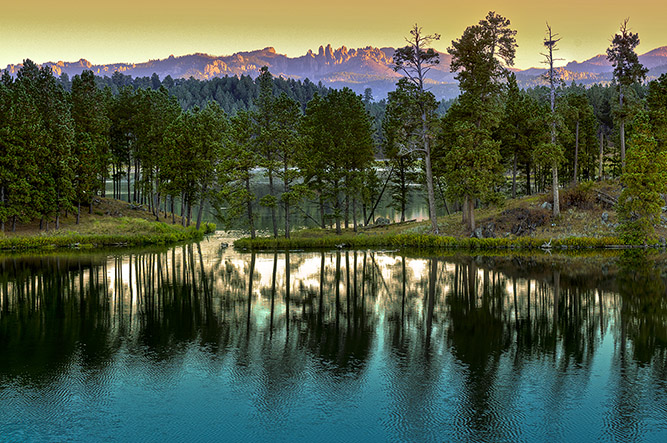 Since 1916, the National Park Service has been engaged in protecting and preserving some of our outstanding natural areas. And South Dakota has its fair share.

Take the Black Hills area to the southwest of Rapid City. Here groups will find Black Hills National Forest, Jewel Cave National Monument and Wind Cave National Park. These pay homage to the oldest mountains in the United States, the Black Hills, and some of the nation’s most extensive cave systems. In total, the area covers 1.2 million acres. Why are they called the Black Hills? Because the pine and spruce forests that covered hills made them look black from a distance.

The Badlands are a slightly different story. Depending on your point of view, they are either barren and sterile or bleakly beautiful. With their crinkly form and layers of exposed rock, the Badlands are instantly recognizable. Badlands National Park covers nearly a quarter of a million acres, contrasting these rocky formations with one of the largest grassy prairies in the US. This area is also particularly rich in mammalian fossils from the Oligocene epoch.