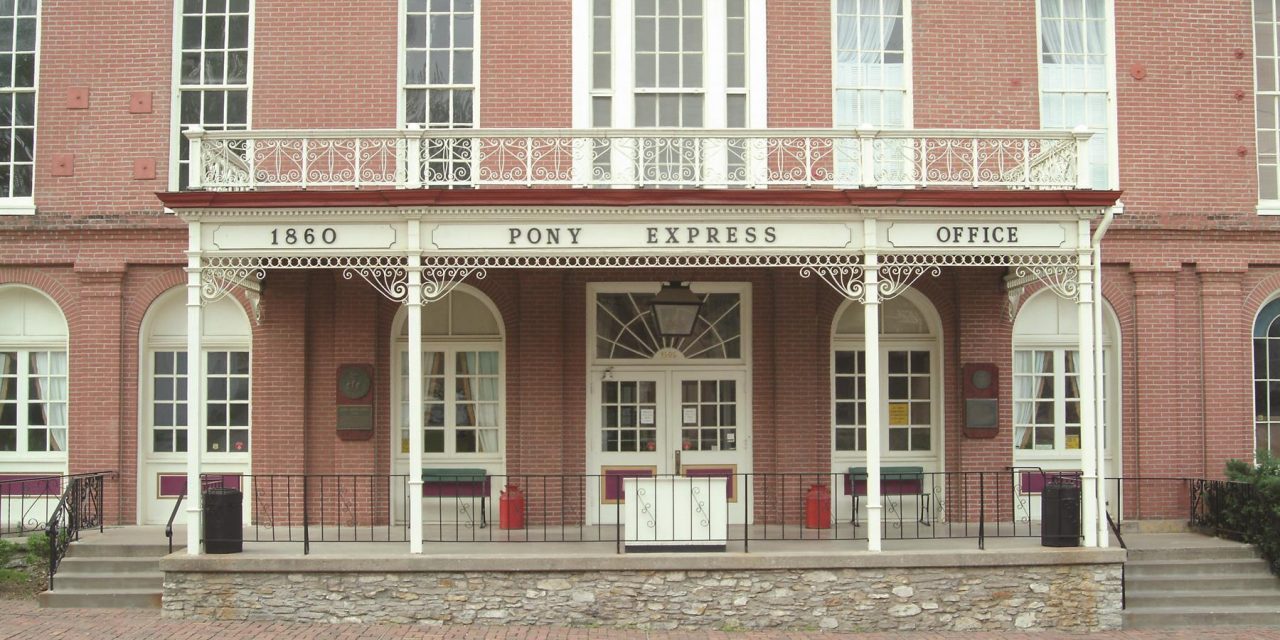 Missouri is home to a wealth of history – from the Gateway Arch in St. Louis, a symbol of our country’s westward expansion, to the opposite side of the state, once the edge of the nation.

Tracing Missouri’s past at historic destinations is educational and inspirational. Here are a few of the Show-Me State’s most intriguing chapters.

Following the gold rush in California, St. Joseph was chosen to be the headquarters of the Pony Express. Although short-lived, the Pony Express was a surprisingly efficient mail delivery service.

The idea of men delivering mail via a horseback relay system was slow to gain traction with the government at first, but once the company secured a government contract and the route, its stations, horses and employees were ready to start in just three months. You can learn more about this historical delivery service at the National Pony Express Museum in St. Joseph.

St. Joseph is also where famous outlaw Jesse James met his demise at the hands of Robert Ford. After years of stagecoach, bank and train robberies, James finally settled down. He moved to St. Joseph with his family but made the mistake of turning his back on Ford, who shot him just below his right ear. Today, James’ home still stands and is a popular tourist destination in the town. It operates as a museum detailing the life and death of the famous outlaw, as well as artifacts, including a bullet removed from his body and the handles from James’ coffin.

Springfield’s Park Central Square is the birthplace of one of the most iconic actions in the “wild west” – the quick draw duel. The nation’s first one-on-one shootout took place in the town square between the famous J.B. “Wild Bill” Hickok and Davis K. Tutt, on July 21, 1865. 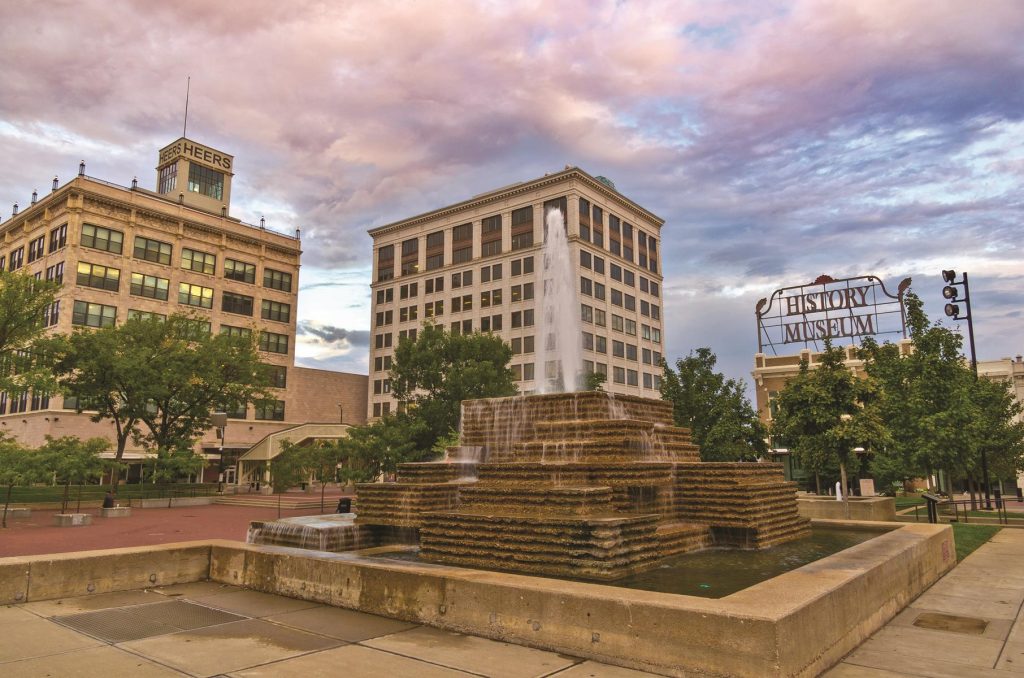 The story goes that Wild Bill owed a gambling debt to Tutt, so as insurance, Tutt took a valued watch from the now-legendary folk hero. Although he was warned against it, Tutt decided to wear the watch in public to degrade Wild Bill. This was a huge mistake. The men failed at negotiating the debt and the return of the watch, so when Wild Bill saw Tutt, the gunslinger gave his final warning. Instead of backing down, Tutt actually doubled down by putting a hand on his gun. The two were already about 75 yards apart and in dueling positions, but when they drew their guns and shot, Wild Bill’s aim proved quicker and truer. Wild Bill killed Tutt and won the first quick draw duel.

This historic moment left its mark on American culture. The city of Springfield provides a downtown audio tour where visitors can listen to eyewitness accounts of the notorious event. An exhibit inside the nearby History Museum on the Square offers visitors the opportunity to test their own dueling skills.

It’s fascinating to see where the ride-or-die couple of the 1930s, Bonnie and Clyde, stopped in Joplin. Their chaotic marathon of crime led them to the city, where the couple and their gang decided to stay in a little garage apartment for several weeks before they were involved in a shooting. 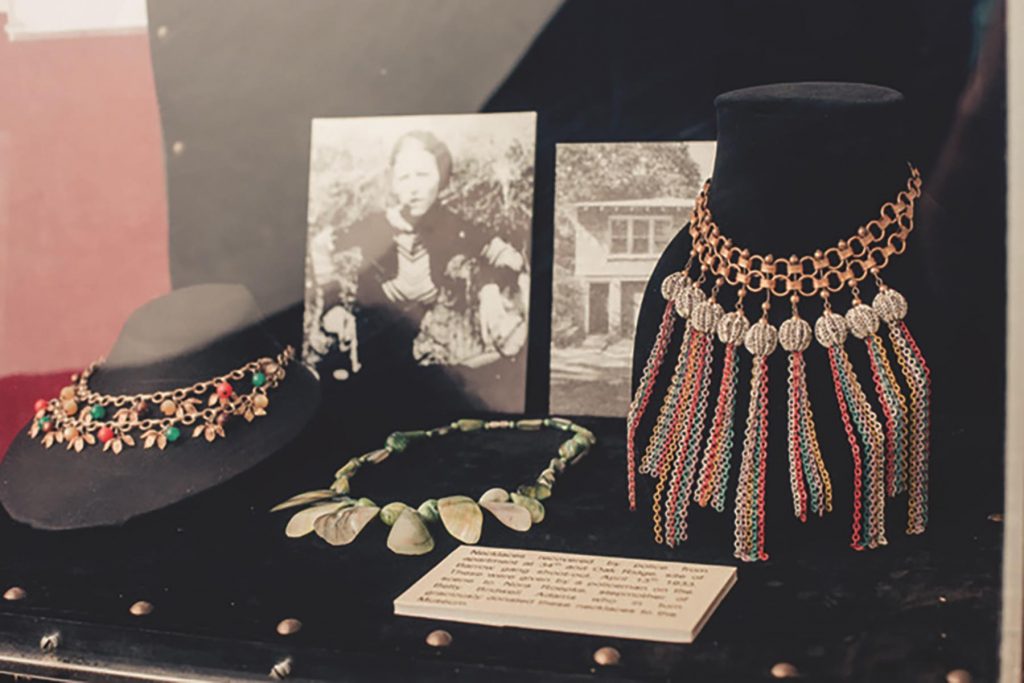 Necklaces recovered from the hideout apartment after Bonnie & Clyde fled.

Two local officers lost their lives as a result of the shootout, and the lovers managed to escape. Although the infamous couple fled, they left behind a camera with some of their most iconic photos. A local newspaper, the Joplin Globe, had the film developed and the Dorothea B. Hoover Historical Museum displays the photos along with additional artifacts, including jewelry that was left behind.

Just east of Kansas City is the town of Independence, which hosts the massive SantaCaliGon Days Festival. The festival dates back to 1940, and features a beard and mustache contest, the Miss Independence pageant and a pioneer costume contest. Today, the festival celebrates the important legacy of the City of Independence as the starting point of the Santa Fe, California, and Oregon Trails. Experience life on the trail with a wagon tour of Independence. Pioneer Trails Adventures will regale your group with the town’s extensive history as you retrace the steps of pioneers. Groups can even opt for a chuck wagon dinner following their tour.

SantaCaliGon Days is looking forward to drawing crowds in 2021. Visitors can expect plenty to do with food vendors, craft beer tents, arts and crafts vendors, and music.