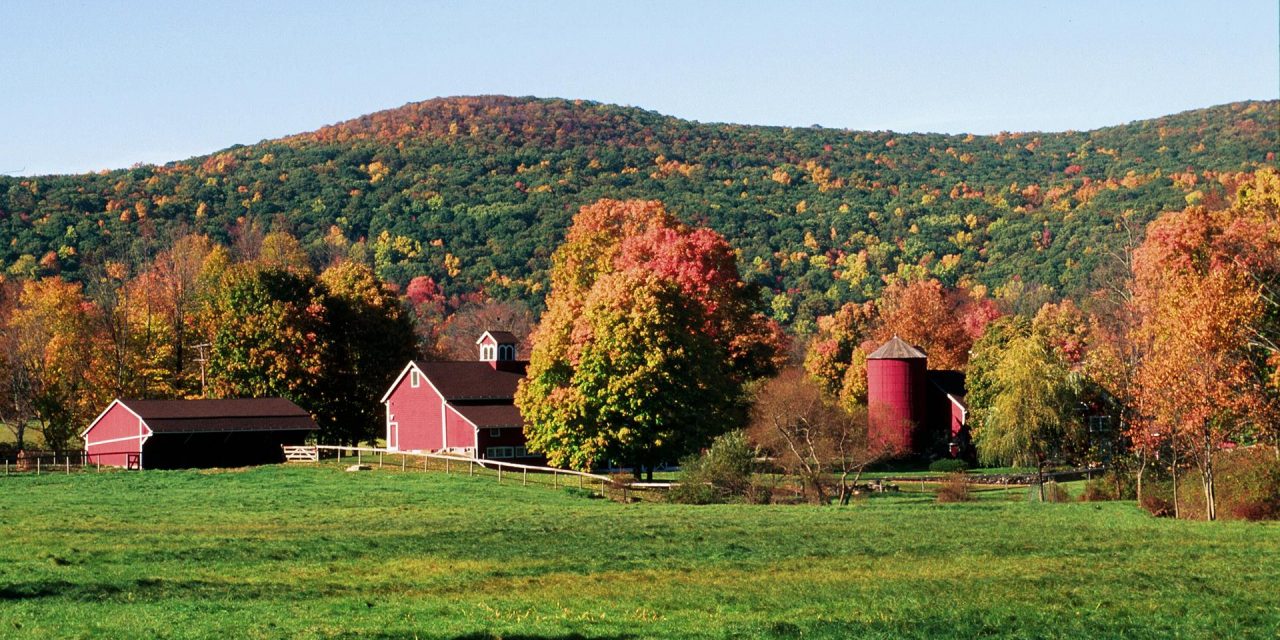 The state’s hilly northwestern corner, with bucolic landscapes and charming villages, is New England in a nutshell

In a well-developed state so close to New York City, the region west of Hartford often surprises visitors with its scenic vistas and small-town pace. Commonly known as the Litchfield Hills, northwestern Connecticut is less densely populated than the southern and central sections.

In this forested spur of the Berkshires, bordered by New York on the west and Massachusetts on the north, tourists revel in the postcard-perfect scenery, especially during fall foliage season. They find steepled white churches and well-preserved Colonial houses, plus antiques shops, country inns, state parks and Connecticut’s three largest natural lakes. The pretty Housatonic River cuts through the region from the far northwest corner to Stratford on the coast. It all says quintessential New England.

The Litchfield Hills also is home to celebrities from the worlds of entertainment, politics and media; they own country estates or vacation there regularly. In many towns their presence has spawned restaurants, boutiques and art galleries that cater to sophisticated tastes. Famous residents include Meryl Streep, Dustin Hoffman, Sam Waterston and Henry Kissinger, to drop just a few names.

In the town of Litchfield visitors make a beeline to the elm-shaded green laid out in the 1770s. Its focal point is the stately First Congregational Church, a much-photographed icon whose towering spire appears on countless calendars and in coffee-table books. Nearby are fancy shops and eateries along with Colonial and Greek Revival mansions. The historic homes are private residences, but the town’s past is showcased in such attractions as the Litchfield History Museum and Tapping Reeve House and Law School. Graduates of the country’s first law school, which started in 1774 and closed in 1833, included several U.S. Congressman, three Supreme Court justices and Vice President Aaron Burr. 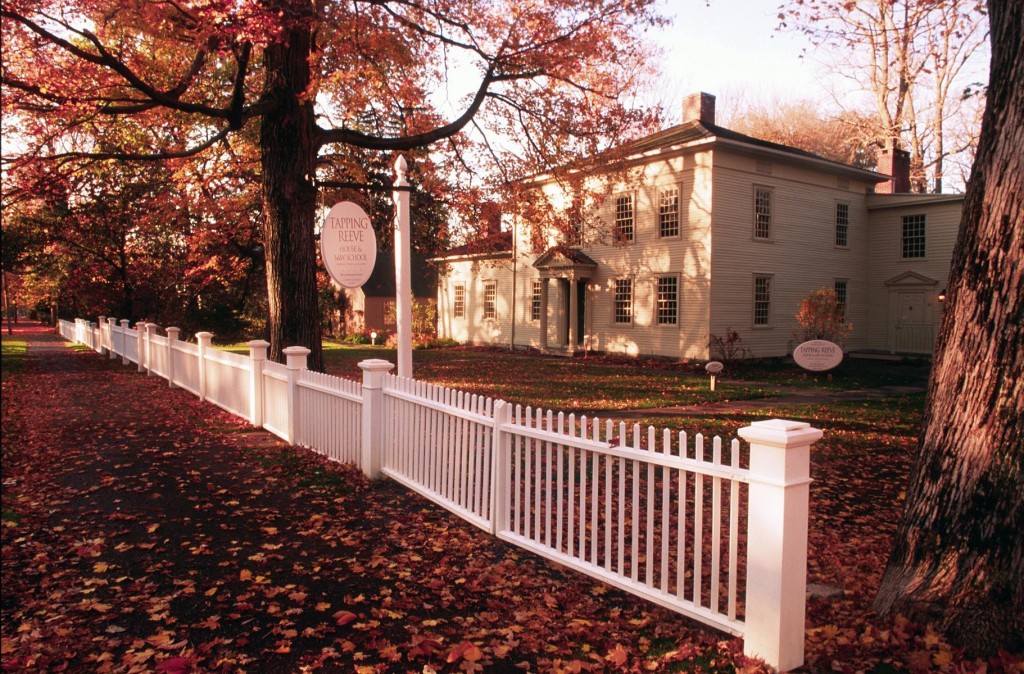 The Lourdes in Litchfield Shrine, operated by the Montfort Missionaries, is a replica of the famous grotto in France. Its 35 acres of grounds feature a Stations of the Cross trail that winds to a crucifixion scene at the top. Groups in Litchfield also can visit the Swiss-style winery building of Haight-Brown Vineyard, Connecticut’s first winery, which opened in 1978.

In Washington, located 14 miles southwest of Litchfield, groups can learn about New England’s Native American history at the Institute of American Indian Studies, which includes a replica Algonquian village, a simulated archaeological site and nature trails. Washington, one of the state’s best preserved Colonial towns, was settled in 1734 and in 1779 was the first town in the United States to be named for the first president. It is home to the exclusive Mayflower Inn.

Not far from Washington is Woodbury, Connecticut’s antiques capital. Many of the 20-plus stores are in 18th and 19th century houses on Main Street, nicknamed Antique Avenue. Shoppers also like Woodbury Pewter Factory Outlet Store, where items include dinnerware, mugs and lamps. 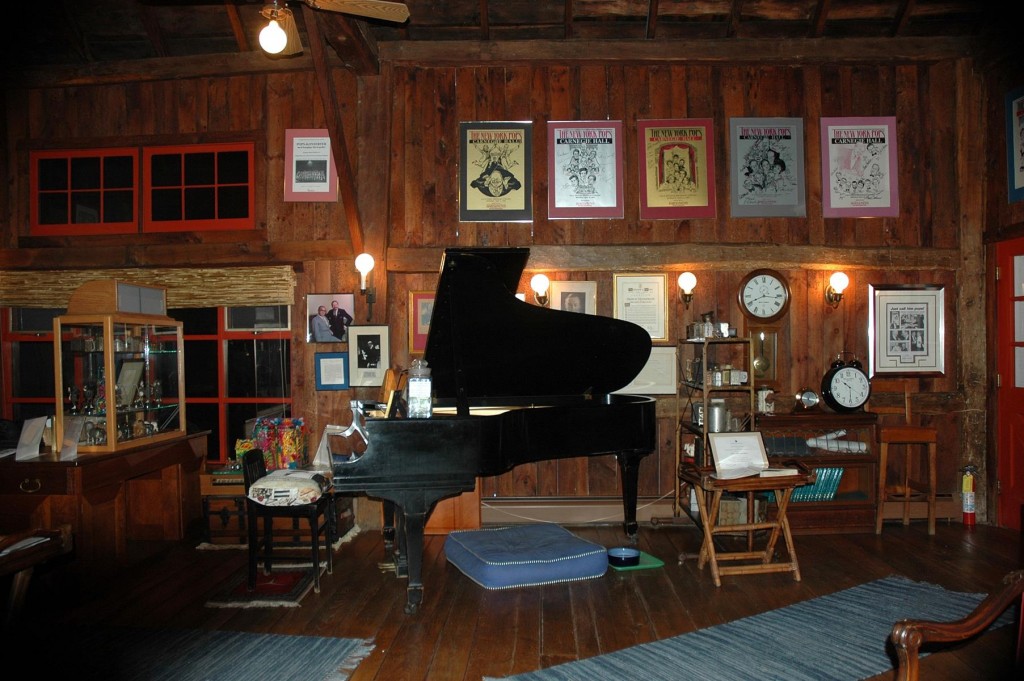 Skitch Henderson Museum at The Silo

During fall foliage season, many tour buses do the mile drive around Lake Waramaug, located between New Milford and Litchfield. Points of interest include Lake Waramaug State Park, Hopkins Vineyard on its north shore and the nearby town of New Preston, an antiquing center. 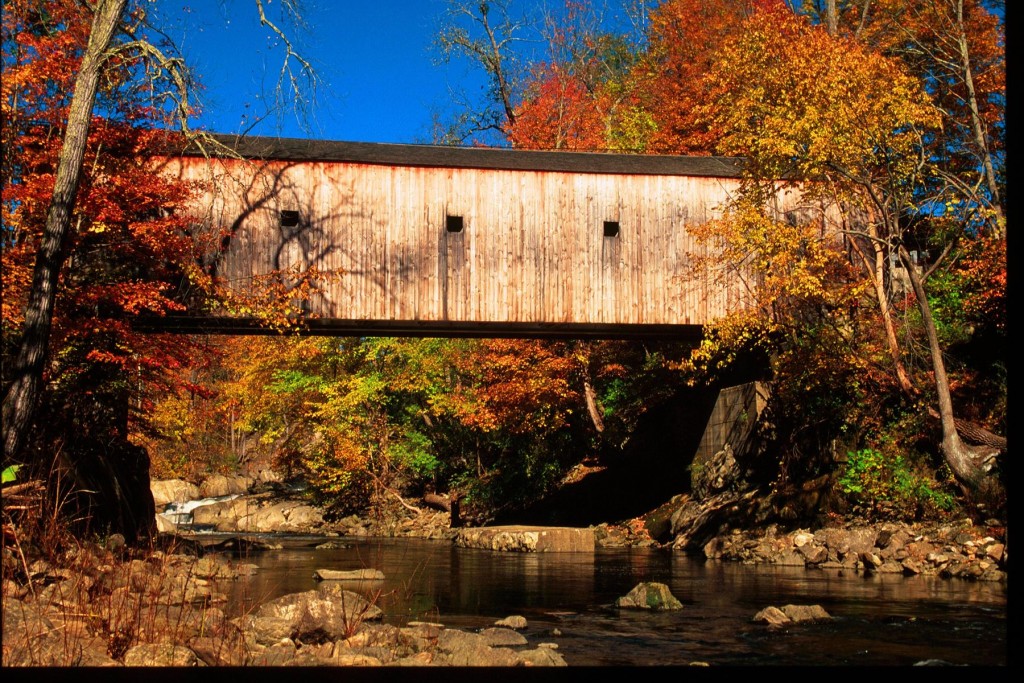 West of Lake Waramaug, Main Street in the town of Kent abounds with antiques dealers, art galleries and urbane shops, many of them in Victorian buildings on the Housatonic. The Eric Sloane Museum displays vintage tools and encompasses a 19th century iron furnace. Kent Falls State Park, north of Kent toward Cornwall, offers great photo ops at one of the state’s most impressive waterfalls. In the quiet Cornwall area northeast of Kent, another photogenic stop is the 1841 West Cornwall Bridge, a bright red-painted, one-lane covered bridge. The drive along the river from West Cornwall to Kent is a fall favorite.