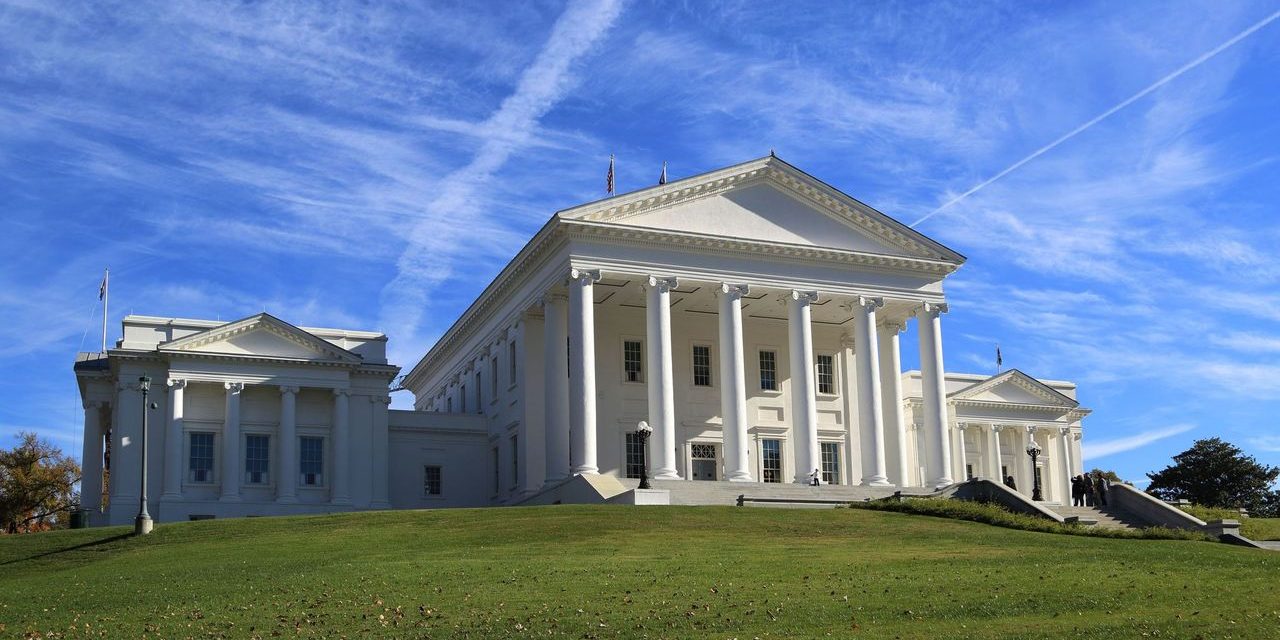 The story of Virginia’s first representative legislative assembly begins in Jamestown colony, continues to Williamsburg and onto Richmond

Even after enduring their ocean journey, Virginia’s original settlers still felt a need to have some form of government. John Smith, who was the group’s leader, headed the early Virginia Council. Eleven years later, the Virginia Company of London pushed through a series of reforms that became the “Great Charter.” These instructions were sent to George Yardley, who would become governor in 1619.

Yardley was charged with selecting two males from each of the 11 settlements that had spawned as more men, women and families arrived in Virginia. They were to attend an assembly for the purpose of passing laws and bettering the colony. The 11 that became known as burgesses joined the governor and a council appointed by the Virginia Company. The governor had veto power and could dissolve the assembly at any time. (The ability to dissolve the General assembly becomes significant 100 years later.) The meeting of the first assembly took place from July 30 through August 4, 1619. The meeting took place in Jamestown Church, the colony’s largest building at the time.

Several committees were formed and charged with reviewing the Great Charter and new laws that addressed concerns brought to the assembly by the burgesses. Any law passed by the assembly was subject to approval by the Virginia Company in England. The House of Burgesses only met a few times after 1619 and the assembly wasn’t recognized by the English crown until 1627. The Virginia Company continued appointing governors and issuing instructions, but a people’s representative form of government had begun. During the 1640s, the assembly evolved into a two-house form of government that continues in today’s Virginia General Assembly. Other English colonies adopted the Virginia model and eventually, the democratic government of the United States of America did the same. 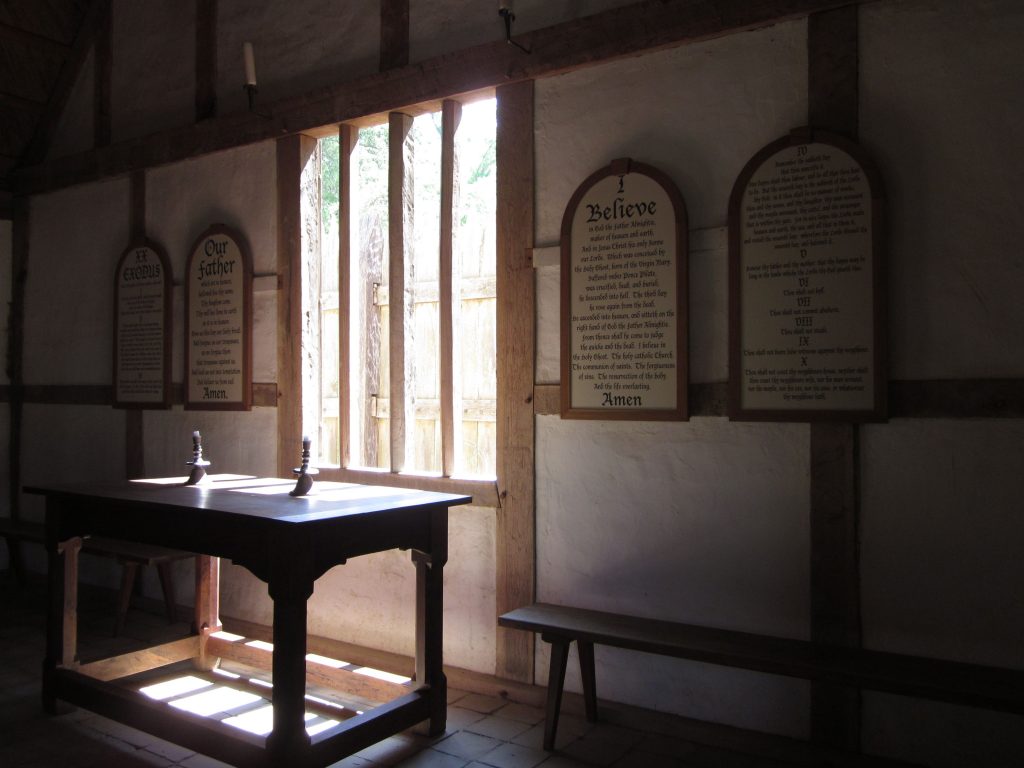 Jamestown Church, constructed in brick from 1639 onward, in Jamestown in the Mid-Atlantic state of Virginia, is one of the oldest surviving building remnants built by Europeans in the original 13 colonies.

As the English settlements moved west and north, new Indian tribes were encountered. Often, English colonists were not welcome and hostilities followed. Sir William Berkeley, Virginia governor, did little to protect the frontier. In 1676, Nathaniel Bacon formed an unofficial militia. They mistakenly killed some friendly Indians, which sparked retaliation and Governor Berkeley’s anger. Bacon’s rebellion was underway. The two armies met in Jamestown and rather than giving up, Bacon burned the city including the church and the statehouse. Hostilities, fire, brackish drinking water and a second statehouse fire in 1693 convinced the General Assembly a move was necessary.

To learn more about Jamestown cultures from three continents, their struggles, tragedies and the shaping of a new nation, begin planning your visit at jyf.org

After considerable lobbying beginning as early as 1693 by students at William & Mary College, the General Assembly agreed. In 1699, Virginia’s government followed the colonial settlement inland trend and relocated to Middle Plantation, home of the college. The new capital city was designed a mile away and named Williamsburg. Although the Governor’s Palace took 16 years to build, it was designed and built to face the Wren Building on the college’s campus where the General Assembly met.

Construction of the Williamsburg Capitol building in Williamsburg began in 1701 and was completed in 1705, although the legislation moved in during 1704. The Colonial Capitol was a two-story H-shaped brick structure and functioned as two buildings. Each wing hosted one of the two houses of the Virginia legislature, the Council and the House of Burgesses. Due to the history of fires in the previous capitols, Harry Cary, the contractor, did not place fireplaces in the new capitol building. However, chimneys were added for fireplaces in 1723 to keep the capitol dry. Given the history of capitol fires, you probably expect another disaster. Almost 25 years later on January 30, 1747, the building burned.

It was considered by many legislators that now was the time to move the Capitol to a location that was better for trade and had access to navigation. Governor William Gooch preferred the Capitol be rebuilt. By a 40-38 vote, the burgesses agreed. Imagine the voices that were heard in that new Capitol building.

The walls of the new Capitol heard fiery speeches and major decisions. There was Patrick Henry’s powerful speech against the Stamp Act and discussion on George Mason’s Virginia Declaration of Rights. It was men like George Washington, George Wythe, Thomas Jefferson and others whose voices played a part in the revolution. Following the Boston Tea Party, Governor Dunwoody dissolved the legislators as punishment.

The Virginia voices would not be quieted and they began meeting in Raleigh Tavern. After a series of Virginia Conventions on May 15, 1776, the 5th Virginia Convention declared freedom from England. The building was last used as the Capitol on December 24, 1779, when the General assembly voted to move the Capitol to Richmond in 1780. 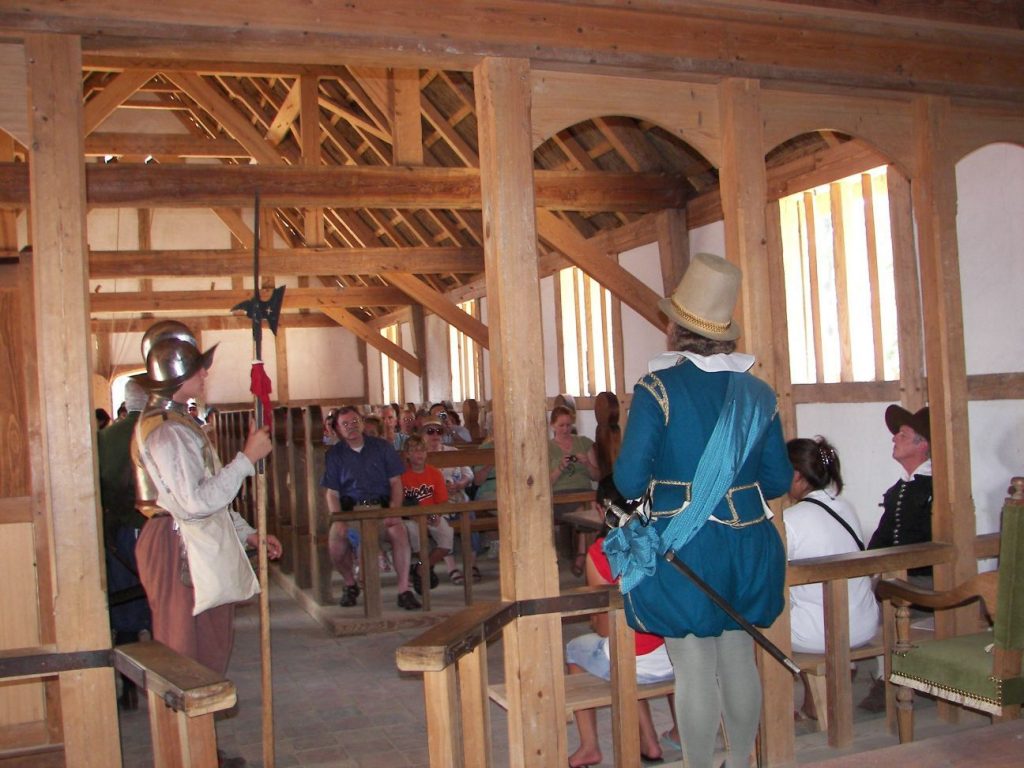 A re-enactment of the first legislative assembly in Jamestown Settlement.

It was 1785 that Jefferson, then the Ambassador to France, was asked to help design the new Capitol building. He called for a classical Roman temple style. Governor Patrick Henry laid the cornerstone that same year. The Capitol was completed in 1798. Its design and construction have influenced others both nationally and federally.

One very inspiring accent within the building is the statue of George Washington, the only one he ever posed for. It’s his actual height of 6-foot-2 and he’s presented as a statesman, soldier and farmer with implements that show each. Washington was 53 years old when he posed, after the American Revolution, but before his Presidency. The statue was installed in 1796. Throughout the guided tour historical statuary and paintings, newly restored legislative chambers and rare exhibit objects are showcased.

Our nation’s oldest legislative assembly served as the Confederate Congress from 1861-1865 and had its first multi-racial session in 1867-68. This marvelous structure is filled with history and a must see. Begin planning online at virginiacapitol.gov.

Make time for the Fort Monroe Visitor and Education Center. The fort served as a refuge for contraband during the Civil War. Add the Casemate Museum to your itinerary. It’s at the fort and continues the fascinating story of this attraction. Standing near the entrance to Hampton University, the Emancipation Oak was the site of the first Southern reading of President Lincoln’s Emancipation Proclamation in 1863. Bring history forward at the Virginia Air & Space Science Center and 3D IMAX Theater. The new Space Explorer Gallery joins amazing exhibits, films and aircraft is a must see. Allow time for a ride on the vintage carousel just outside the Center’s front door. VisitHampton.com

There’s much to explore in Newport News and The Mariners’ Museum and Park is a good place to begin. A 3D movie in the Explorers Theater followed by the USS Monitor Center, home of the Civil War ironclad’s gun turret and more, gets you going. Allow time for the miniature ships displays and the International Small Craft Center and more. Virginia Living Museum is Virginia’s animal attraction. Discover wonders from the Chesapeake Bay and a cypress swamp to a limestone cave and the Appalachian Mountains. Explore the wonders of space in the Abbitt Planetarium.

Jamestown Settlement and Colonia Williamsburg played a significant part in our history, but there’s one place where our freedom was cemented. The American Revolution Museum at Yorktown blends vibrant exhibits, films and outdoor living history to tell the story of the original colonies and the Constitution. There’s still plenty to do in Williamsburg from a wealth of attractions and shopping to outdoor activities and restaurants. Remember to find time for the wonderful art museums within Colonial Williamsburg. Visitwilliamsburg.com

The Virginia Capitol is certainly an awesome reason to visit Richmond. There are plenty of additional options that will fit any itinerary. American Civil War Museum explores the war from all its complex perspectives – Union and Confederate, enslaved and free African-Americans, soldiers and civilians. The ACWM’s new theater and the film will open May 2022. There’s much to see in the gardens and architectural splendor of Lewis Ginter Botanical Garden, Agecroft Hall, The Valentine and Maymont Mansion and Estate. Black History Museum and Cultural Center of Virginia is a wonderful stop. You can learn more about the Virginia Museum of Fine Art in this guide. Start planning at Visitrichmond.com