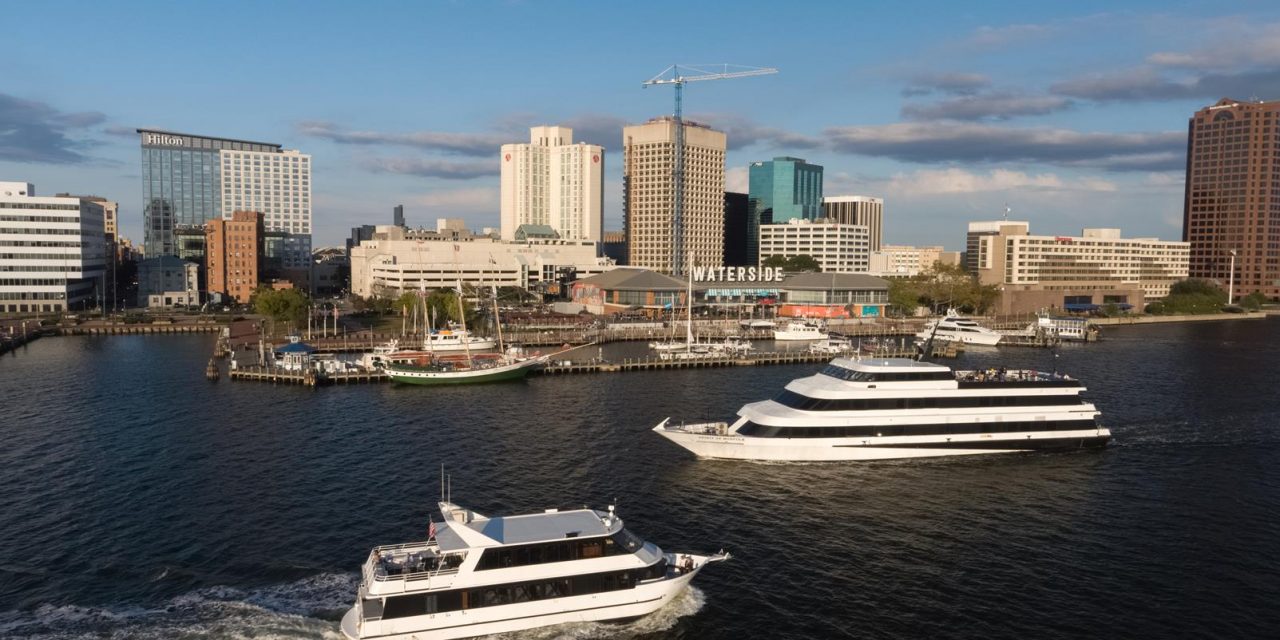 From Prince William County to Norfolk, groups can pay tribute to the men and women who protect our freedom

A Civil War guide dressed in uniform leads you on a tour of Manassas National Battlefield Park, site of the First Battle of Bull Run fought on July 21, 1861. This first major land battle of the Civil War took place just 30 miles from Washington, D.C. Heavy fighting made it clear this was not going to be a quick war. 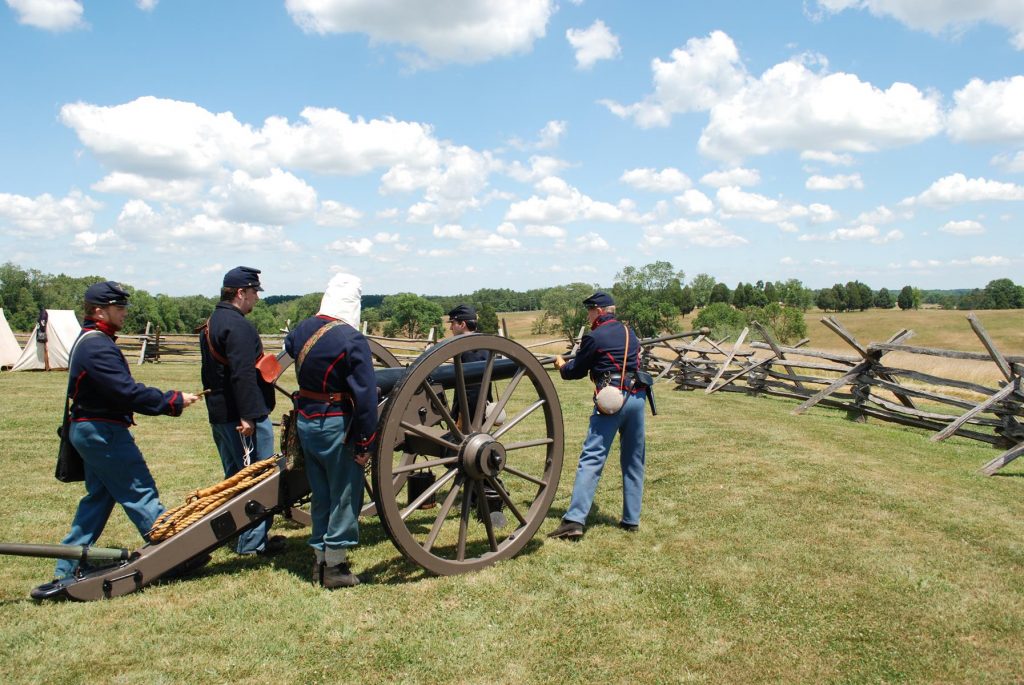 Located near the Manassas National Battlefield Park, the Ben Lomond Historic Site served as a Civil War hospital. After the Battle of First Manassas/Bull Run, wounded soldiers were taken there to recover. Signatures on the walls to prove they were there are still visible.

Today, the Marine Corps Base Quantico is home to the FBI Training Academy and Marine Helicopter Squadron One. The latter is tasked with transporting important personnel, including the President and Vice President of the United States. Treat your group to a delicious breakfast, lunch or dinner at The Clubs at Quantico. 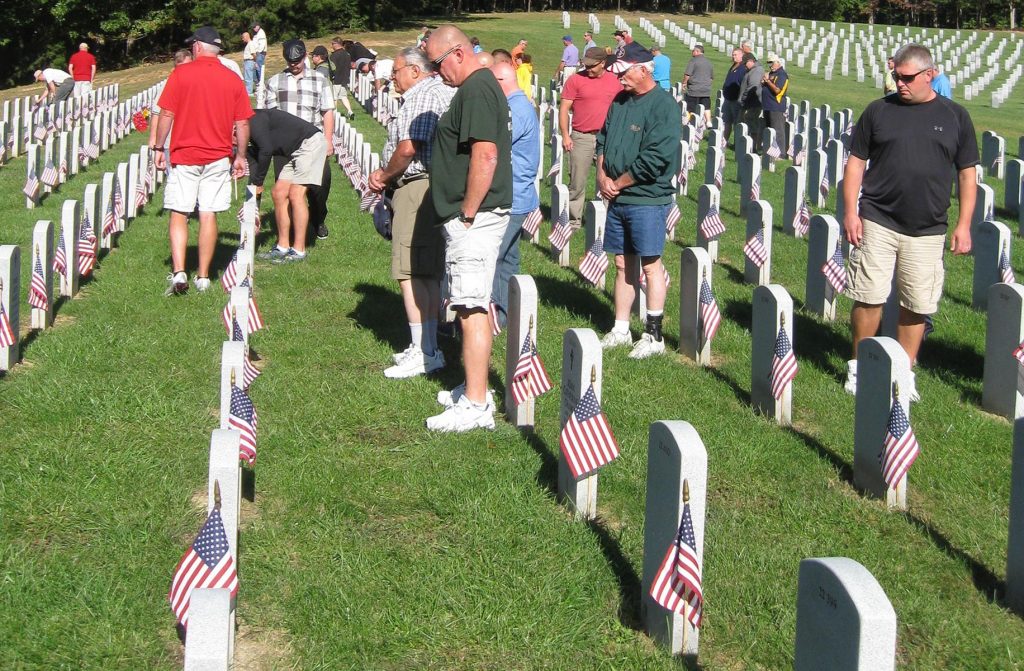 Pay your respects at Quantico National Cemetery with a private flag placing experience. The Missing in America Project locates, identifies and inters the unclaimed cremated bodies of American veterans. In addition to showing honor and respect to previously forgotten veterans, groups will also have a guided tour of the cemetery and hear touching stories of some veterans.

At the National Museum of the Marine Corps, you’ll uncover the history of the Corps, test your Marine skills and get insight into the lives of those who fight for our freedom. Galleries take visitors through the Marine Corps history, divided into “theaters,” or chapters depicting crucial conflicts, battles and other contributions. The Gene Hackman-narrated film “We, the Marines,” shares an unmatched view of Marines from boot camp through modern warfare training.

Rippon Lodge Historic Site was the former home of Admiral Richard Blackburn Black. The home was built in 1747 and is the second oldest home known in Prince William County. The Blackburn family has an interesting story to tell as it relates to our nation’s independence. You’ll have to wait for your visit for details. The 43 acres have splendid views of the Potomac River and Neabsco Creek and wonderful gardens.

Planners have an abundance of group-friendly dining options in this Northern Virginia culinary heaven. The Harbour Grille has a great view of the marina while you sample a menu of lump crab cakes, grilled salmon, a certified Angus ribeye and awesome dessert. Craft beer, craft food and great local music are found at 2 Silos Brewing Company. A visit to Effingham Manor Winery and sampling of its signature wine “King’s Ransom” is always a fun way to finish a busy afternoon. Enjoy an entertaining dinner with the owners of Murlarkey Distilling in the distillery or tasting room and you’ll be treated like family. A signature cocktail should not be overlooked.

From Battlefields to Norfolk Battleships

A guided bus tour of Naval Station Norfolk promises to be a memorable experience. Naval Station Norfolk is situated in the Sewells Point area of the city of Norfolk, near the site of the Civil War battle between the Monitor and Merrimac (CSS Virginia). It is the largest naval complex in the world with four miles of waterfront space and 11 miles of pier and wharf space.

Another option is The Victory Rover Naval Base Cruise. It’s perfect for taking in the breathtaking views of the Norfolk skyline and a waterfront tour of Naval Station Norfolk.

Located on the waterfront in downtown Norfolk, Nauticus, a maritime themed science center and museum, is adjacent to the USS Wisconsin, an Iowa-class battleship with a strong WWII history.  Together they are at the National Maritime Center.

Through education and impactful experiences, groups visiting Nauticus come to know the power of the sea. Fascinating exhibits share the story of maritime commerce. In another exhibit, the period between 1880 and 1907 focuses on the time of recovery following the Civil War and the affirmation of American naval strength. Wisconsin Vista provides a special view of the ships starboard side and a close look at her impressive 16-inch guns. More than half dozen additional exhibits are filled with stories of the sea. The Hampton Roads Naval Museum on the second floor houses a collection of military uniforms, weaponry, artifacts and artwork.

Berthed at Nauticus the Battleship Wisconsin is one of the last and largest battleships built by the U.S. Navy. The ship earned five battle stars during WWII. Groups are invited to explore its deck through a self-guided tour. Admission to the battleship is included with Nauticus. For an additional charge, take a guided Topside Tour. You’ll be stepping back in time to gather a true feeling of this magnificent battleship.

The MacArthur Memorial is a museum and research center that preserves and shares the life story of General of the Army Douglas MacArthur. The memorial also pays tribute to the men and women who served with MacArthur during WWI, WWII and the Korean War. Situated in downtown Norfolk, the Memorial consists of a welcome center, museum, gift shop and research and educational centers.

With Norfolk’s dramatic waterfront and Naval Station Norfolk, a brunch, or dinner cruise on the Spirit of Norfolk is all about dining with a view. Stripers Waterside Restaurant is a group favorite with a menu of award-winning options served in a relaxed atmosphere. In addition to their full lunch, brunch and dinner menus, Mermaid Winery will do a Blind Wine Dinner, or Blending Dinner for groups. The professional chef instructors at Casual Gourmet offer a memorable experience for everyone in a group cooking class.

Extend Your Visit by Adding the Virginia International Tattoo.

These dates have been set for the 2021 through 2024 Tattoo event. Part of the Virginia Arts Festival.