Experience the Art and Culture of Colonial Williamsburg 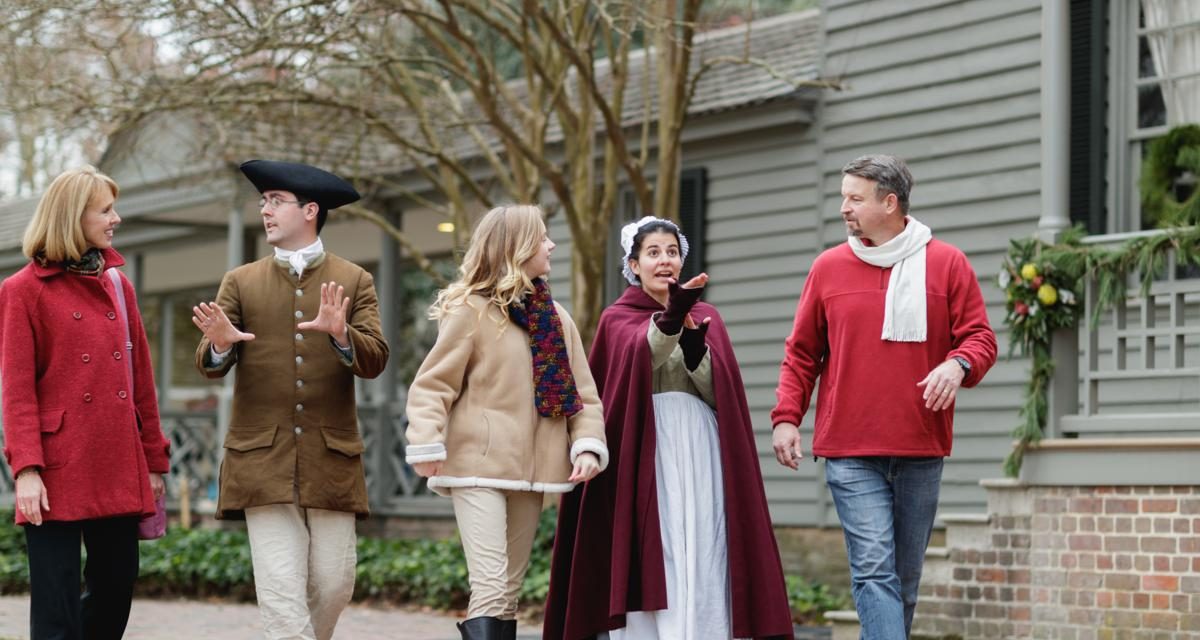 Colonial Williamsburg elicits images of storied buildings, horse-drawn carriages and folks dressed in 18th-century costumes. While all of that exists in Williamsburg, there are contemporary touches thrown in the mix, too. The combination of old and new allows for a fully immersive experience, giving visitors a comprehensive look at this historic, artistic and culturally rich area of the country.
Amid the living history museum that is Colonial Williamsburg, groups will find two world-class art museums.

Enjoy a glimpse of the finer things at the DeWitt Wallace Decorative Arts Museum. Opened in 1985, the museum is home to a range of 17th-, 18th- and 19th-century furniture, textiles, paintings, home goods, ceramics, glass and more. Groups visiting the museum will get a glimpse of how people lived and the intricate pieces they kept in their homes. The museum houses the world’s largest collection of Southern furniture and one the biggest collections of British ceramics outside of England.
Some of the featured exhibitions currently being held at the museum include Upholstery CSI: Reading the Evidence (opening May 26, 2018), where groups will explore the secrets of the 18th-century upholstery trade. Artists on the Move, currently in the Roberts Gallery, showcases works from traveling artists commissioned to tell the stories of everyday people across the country.

There are dozens of ongoing exhibits to explore, opening a door to a different part of the country’s past. Browse significant desks, dressers and chairs in American Furniture: From Virginia to Vermont; gaze at dazzling table and tea wares in the Revolution in Taste exhibit; or discover the evolution of spinets, harpsichords and pianos in Changing Keys.

Sharing a roof with the DeWitt Wallace Museum, the Abby Aldrich Rockefeller Folk Art Museum is the curator of paintings, sculptures, and other creations from self-trained artists and craftsmen. It is one of the largest collections of American folk art.
Groups visiting the museum should not miss the featured exhibits. In honor of the museum’s anniversary, there are two exhibits paying tribute to folk artists. We the People: American Folk Portraits features a collection of early American portraits, usually of those members of the middle and lower classes that would not have been recorded without the folk painters who captured their lives. America’s Folk Art celebrates six decades of the museum and pays tribute to Mrs. Rockefeller, who started collecting folk art in the 1920s.
The museum also features several ongoing exhibits for visitors to enjoy. Peruse the wide range of instruments played by folk musicians in the Cross Rhythms: Folk Musical Instruments exhibit, featuring banjos, fiddles, dulcimers and more from the 19th and early 20th centuries. Or check out some old-school street art, including signboards, carousel animals and storefront figures in the Sidewalks to Rooftops: Outdoor Folk Art exhibit.

Colonial Williamsburg also offers an array of excellent and engaging Evening Programs from Witch Trials in the Courthouse to the only Ghost Tour that takes you inside the buildings.