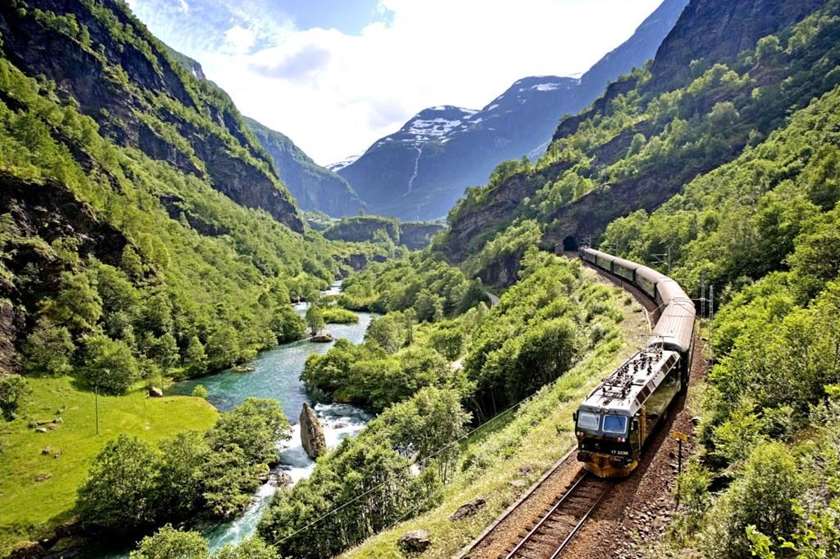 Want to see beautiful wonders, both natural and man-made? Check out these seven beautiful locales in Europe.

Europe is a continent known for its beauty. From its grand architecture to its dazzling natural wonders, it can be hard to know where to start when planning your trip. To make it easier for you, we’ve put together a list of beautiful locations that absolutely can’t be missed. Be sure to check out these amazing sights sights during your next trip.

This train ride in western Norway was named by Lonely Planet as the most beautiful train journey in the world, and rightly so – it’s one of the steepest in the world, traveling through tunnels, mountains and waterfalls. It also goes through the Sognefjorden Fjord, offering a breathtaking view of a mountain range reflected by the crystal-clear ocean. The 20 kilometer railway corresponds with the Oslo-Bergen line, so visitors to Norway’s capital should be sure to make this a part of their trip. To learn more about the railway and the sights you encounter while riding it, check out the Flåm Railway Documentation Center.

There are many places in Europe to view the Northern Lights, but the best is arguably in Abisko, Sweden, due to its location near the magnetic north that makes seeing the phenomenon more likely. Abisko’s Aurora Sky Station makes viewing the lights an event – visitors may check out the station’s exhibition on the Northern Lights, then take a chairlift up to the observation tower where they can see the spectacle for themselves. Afterwards, visitors can dine at the station’s café and visit the gift shop. This view is best in the winter months, so dress very warmly – Sweden winters are not known for their heat. 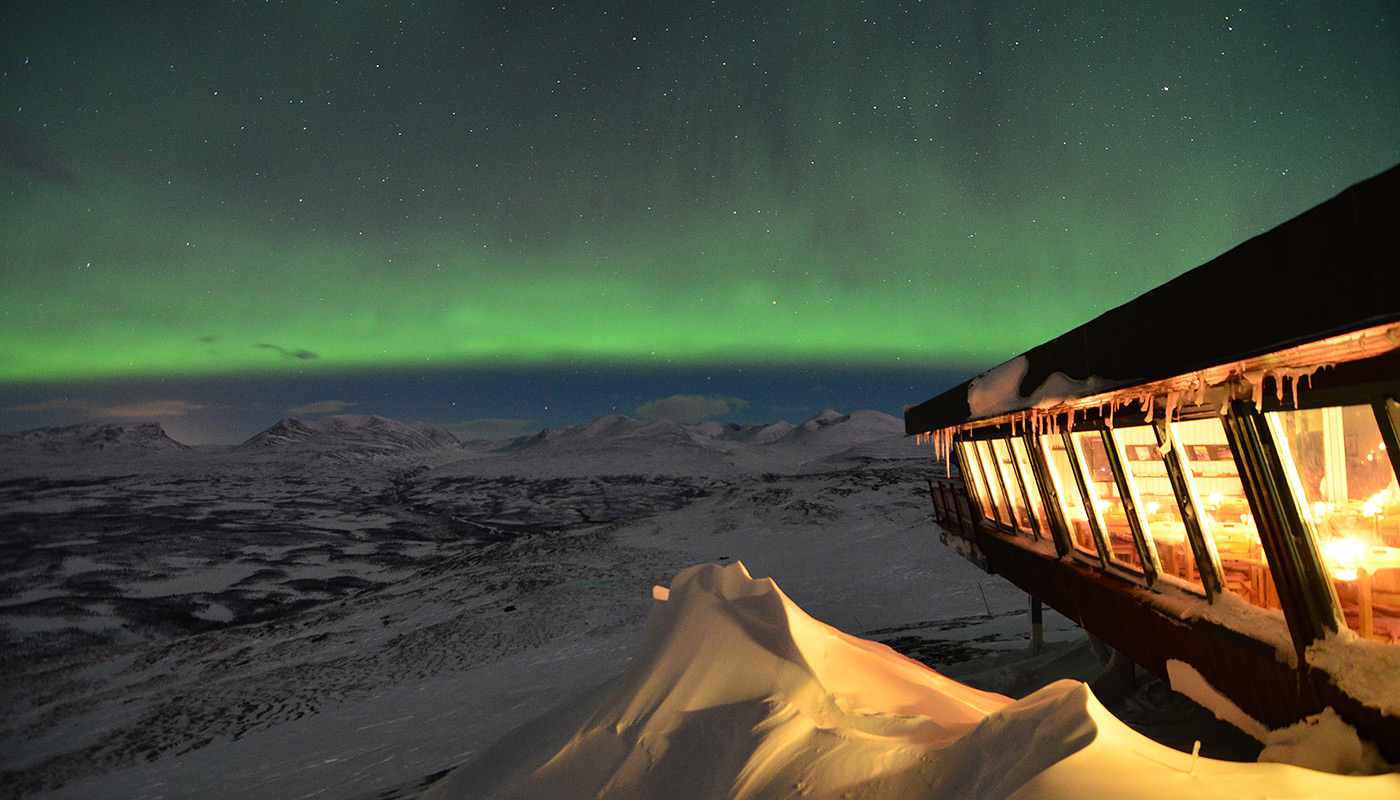 People searching for the Mystic Forest online usually come across the same magical image – a fog-filled forest with a pathway lined with pink grass. Though this picture has been revealed as a fake, the Mystic Forest is still a sight to behold. The forest itself is part of the Efteling amusement park in the Netherlands, which is themed around fairy tales. Spread throughout the park are scenes from different stories, including Hansel and Gretel, Cinderella and Rumplestiltskin, which you may wander through at your leisure. With moss-covered ground and sunlight that streams through the trees, the forest itself seems pulled from a fairy tale, as though Red Riding Hood might come skipping by at any moment. Just be sure to watch out for any big bad wolves. 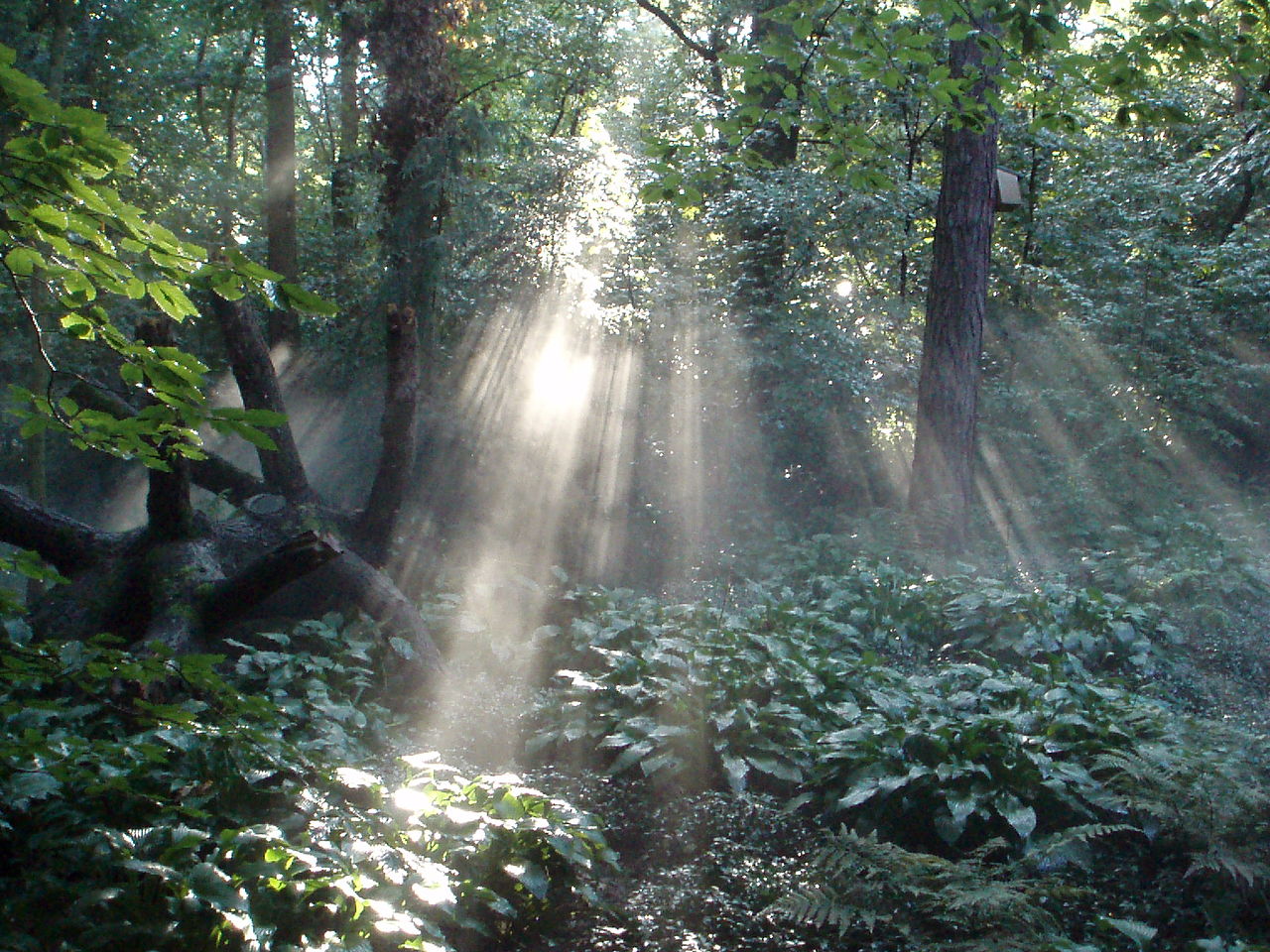 The predominant feature of Plitvička Jezerara Park in Croatia is a series of topaz-blue lakes that flow into dozens of intersecting waterfalls, making this small European country look like part of the Amazon. However, this fantastic view is not the only thing the park has to offer. Along with hiking and bike trails, visitors can join a sightseeing tour complete with an electric boat ride, a walk through a limestone canyon, and a panoramic train ride. Afterwards, visitors may relax while dining at Poljana Restaurant, which offers a great view of the lakes, and check out the nearby shops. 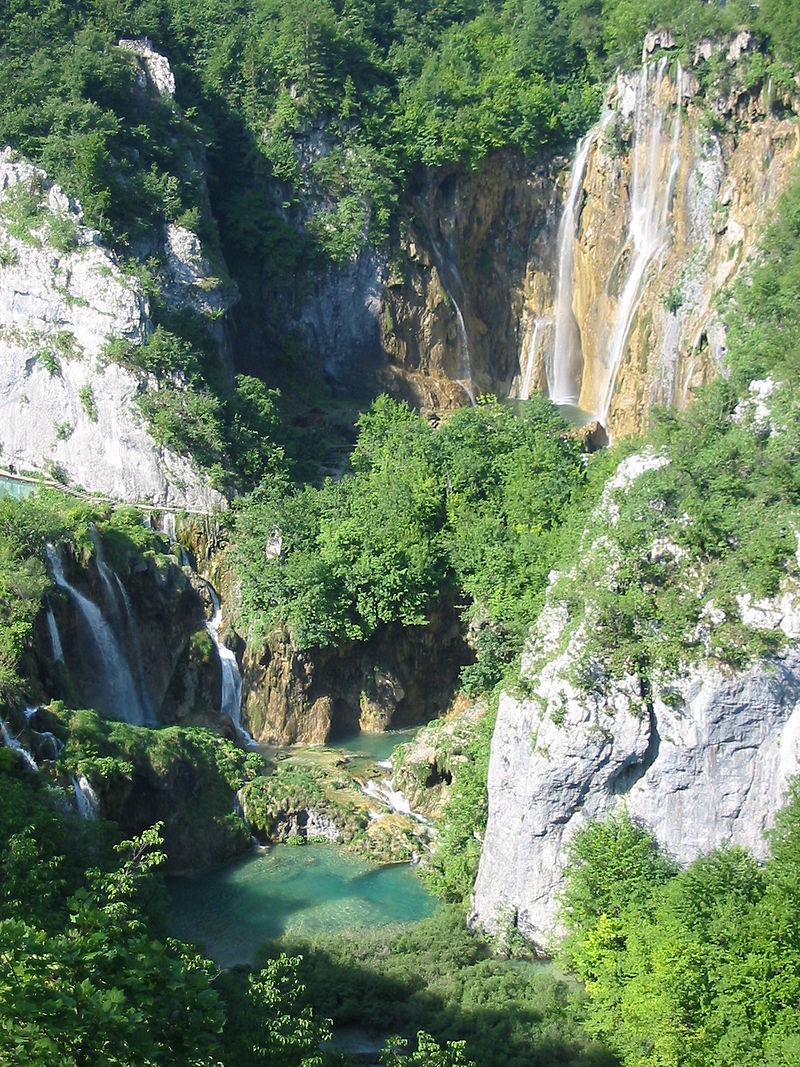 This destination in south-western Turkey offers a strange sight – though it looks like Antarctica, hundreds of visitors mill around in swim trunks and bikinis. This is the Pamukkale Hot Springs, where the balmy 96 degree water is encased in step-like limestone rocks called travertines. Bathers may relax in what’s known as the “cotton castle” year-round, though you may want to visit in the winter, as there are fewer crowds in the off season. Visitors can also explore the nearby Roman ruins of Heirapolis and swim in the Antique Pool, which allegedly was a gift from Marc Anthony to Cleopatra. 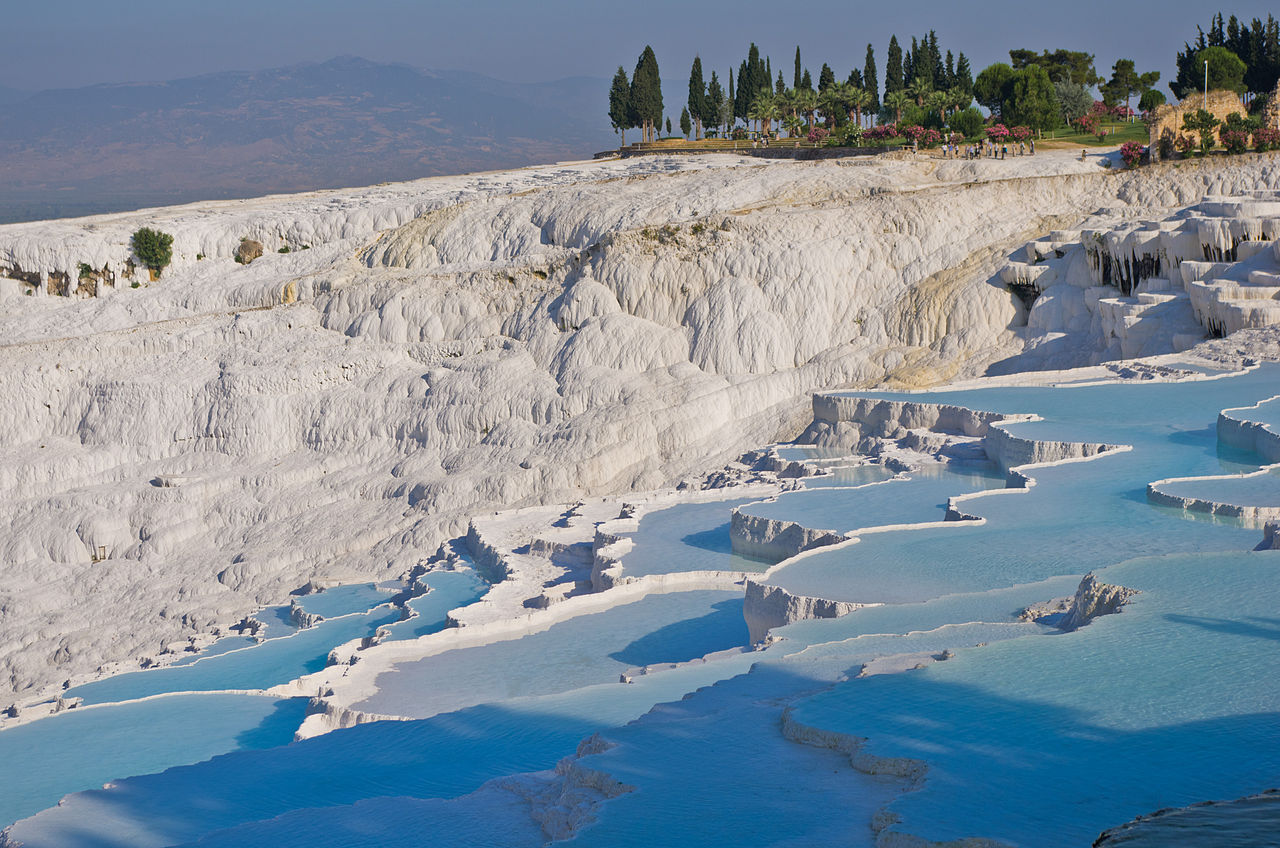 When visiting this holy place, make sure to look up. Sultan Ahmed Mosque in Istanbul was built in the 1600s and is known as the Blue Mosque for its ceiling tiles, which make up an intricate mosaic that covers the cavernous walls and ceiling. The mosque is still active, so visitors must adhere to some rules – shoes must be removed before entering and women must cover their heads; coverings are provided by the mosque for free. The mosque is closed five times a day for the daily prayers, so make sure to plan your trip accordingly. 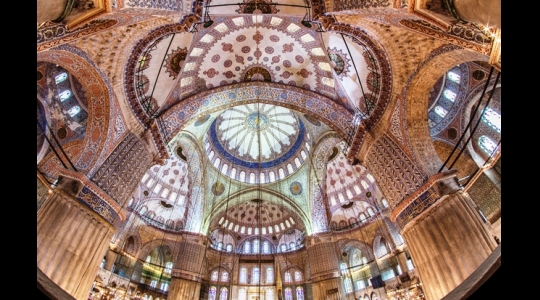 Stepping onto this beach in Vik, Iceland may make you feel that you’ve stumbled across the river Styx, the entrance to the Underworld. Reynishverfi is one of the world’s few black beaches, where the sand is as dark as asphalt and casts a shadowy glow on the ocean. While you can visit other black sand beaches in places like Hawaii, Iceland’s has an unparalleled natural beauty; the beach’s dramatic atmosphere is aided by the nearby hills and basalt sea stacks, a rocky formation that according to legend are the remains of two trolls that became stuck on the beach and were petrified by the morning light.  Though perhaps a little gloomy, the black sand beach’s dark beauty is not something to be missed. 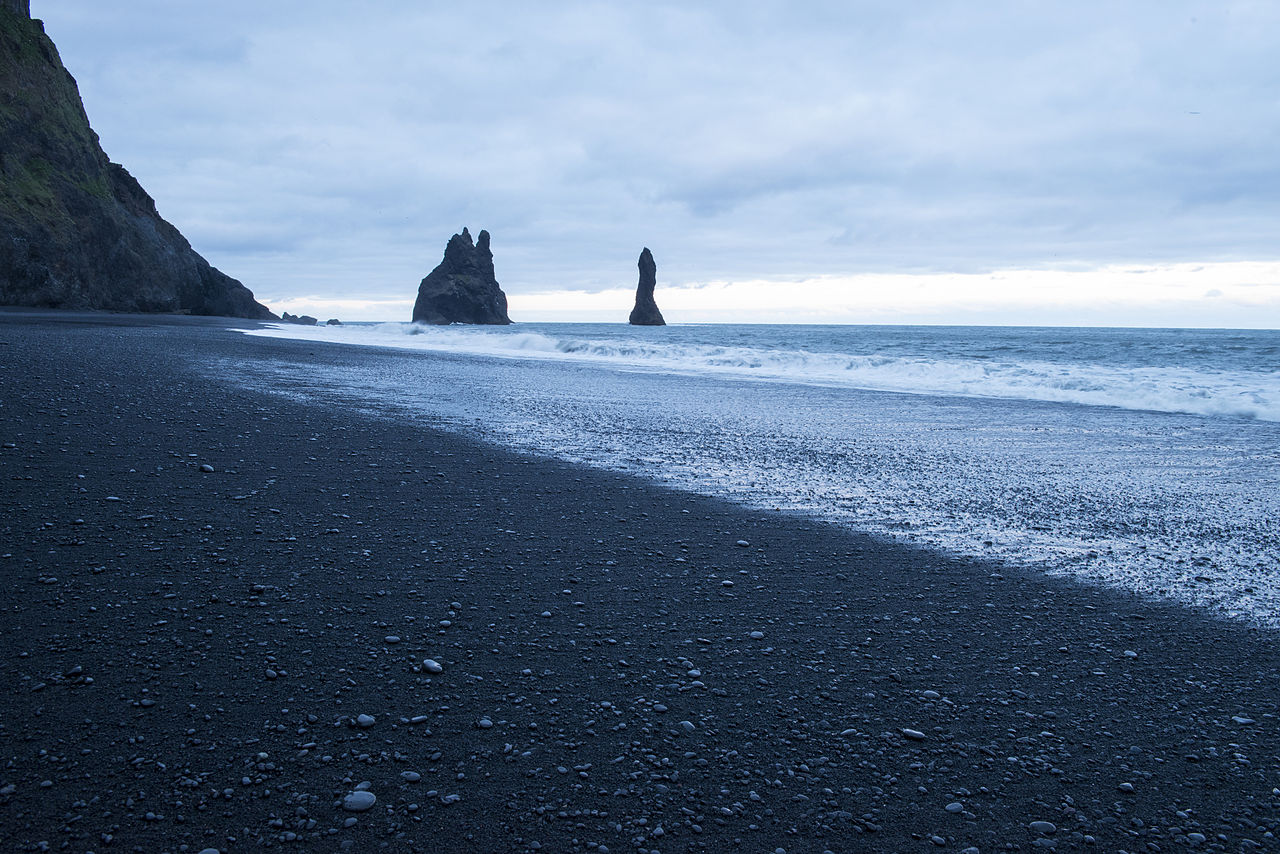 These spots would make perfect additions to anyone’s bucket list, but Europe has many more beautiful sights to see. Do you know of any that should have made our top picks? Tell us in the comments below!