Escape on the Lake 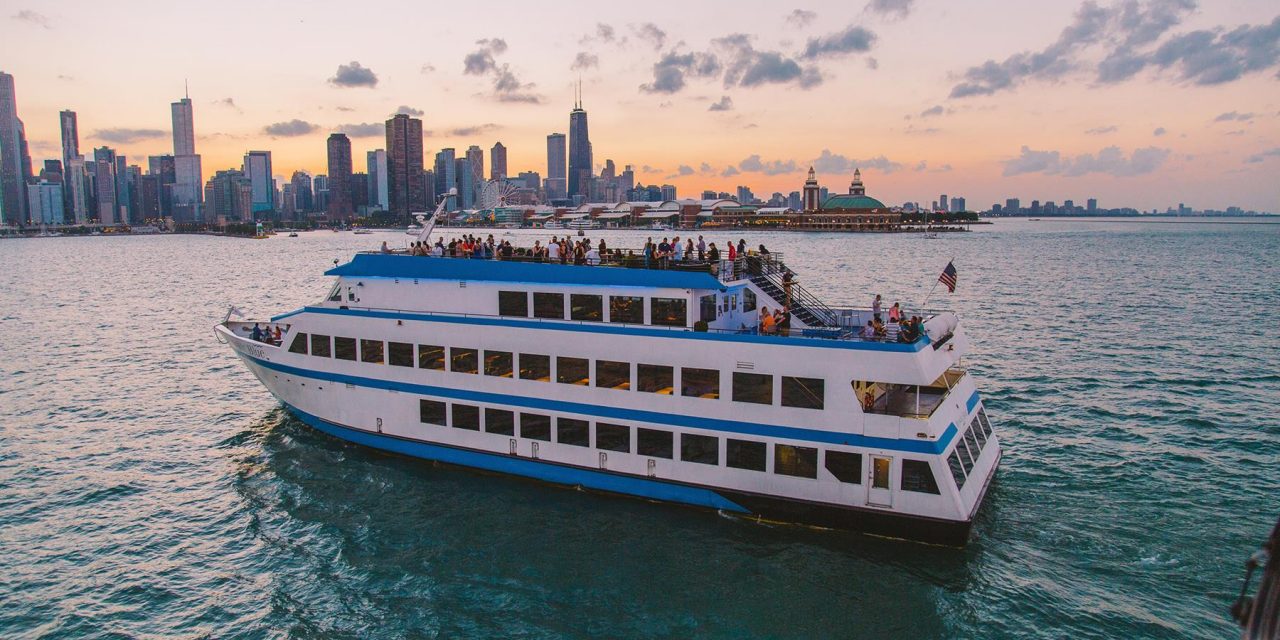 In the southern tip of Lake Michigan, the third largest of the Great Lakes, dining cruises float creative onboard options along with the best views of a destination. To see the shoreline from the vantage of water is one thing, to see it over a meal with a slice of history and a side of entertainment is quite another.

Credit the Great Lakes for bringing explorers to the Midwest, so there is a bit of association with those who came before. And there’s a huge bit of fun oozing from the service attitude of inland cruise operators. Like dining choices, informed narration and entertainment possibilities.

In Chicago, most groups board Lake Michigan cruises at Navy Pier, the city’s most popular attraction. The pier provides easy drop off and pick up locations for The Spirit of Chicago, Mystic Blue and an upscale, tri-deck yacht dubbed Odyssey, all part of Hornblower Cruises Chicago. 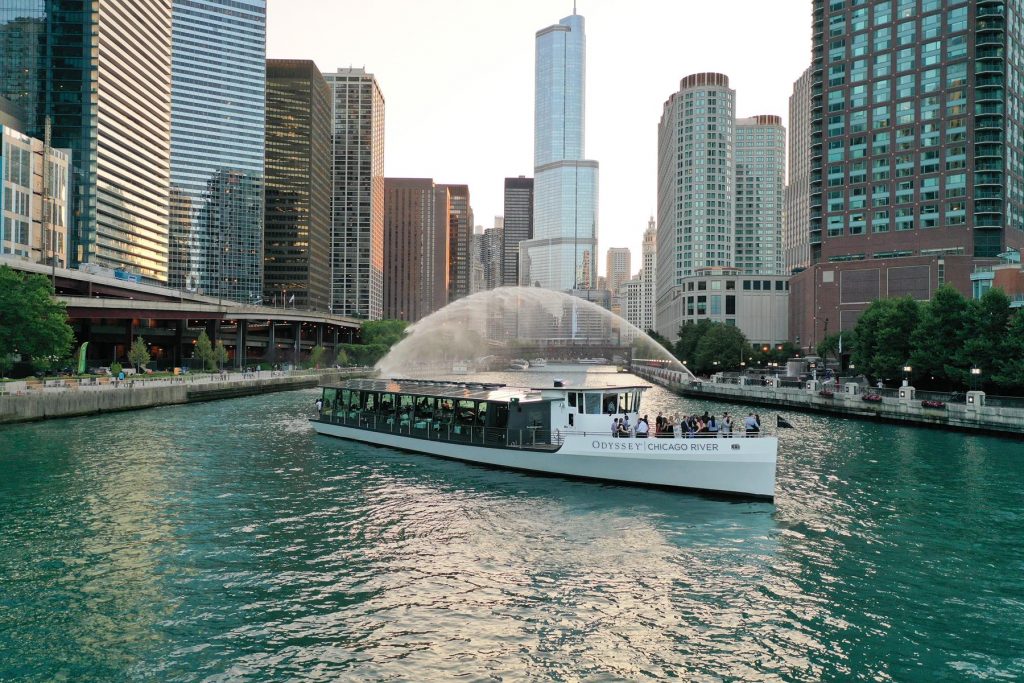 Hornblower Cruises Chicago’s fleet was early to anchor on the lake. All boats are climate-controlled, meaning cruising is available throughout the year. All offer dining packages on two or three-hour cruises. Exclusive-to-group decks assure privacy as well as accessible views of the city’s trademark skyscrapers soaring from green spaces in bloom or blanketed in snow. Recently, its service-first attitude expanded to the Chicago River with the launch of the Odyssey Chicago River (architectural) dining cruise. The upscale cruise uses European-inspired, glass-enclosed, single-level boat design on the Chicago River. The enclosure allows 360-degree views of the inland skyline. On a clear night, even the stars pop out between the rooftops.

Groups choose from all-inclusive or custom packages at a number of price points, all include a live DJ, dance floor and exclusive decks. Price is mostly determined by meal selection. The triple-deck Spirit of Chicago and Mystic Blue Chicago, both 600 capacity, serve freshly prepared meals via a buffet. Both sport a laid-back, casual attitude toward cruising. Shuffleboard and other games, like giant Jenga, are provided — and are favorites for school groups. On the more sophisticated Odyssey Lake Michigan (capacity of 749), the kitchen prepares three-course plated meals and offers optional add-ons.

For meeting and conference groups, corporate yacht charters are increasingly popular. In Chicago, Windy City Cruises’ Sophisticated Lady sails into that market. Packages include a three-hour private yacht rental, catered food and beverage. The key word is private. No other group will be on board the three-level yacht, which accommodates 49 passengers. 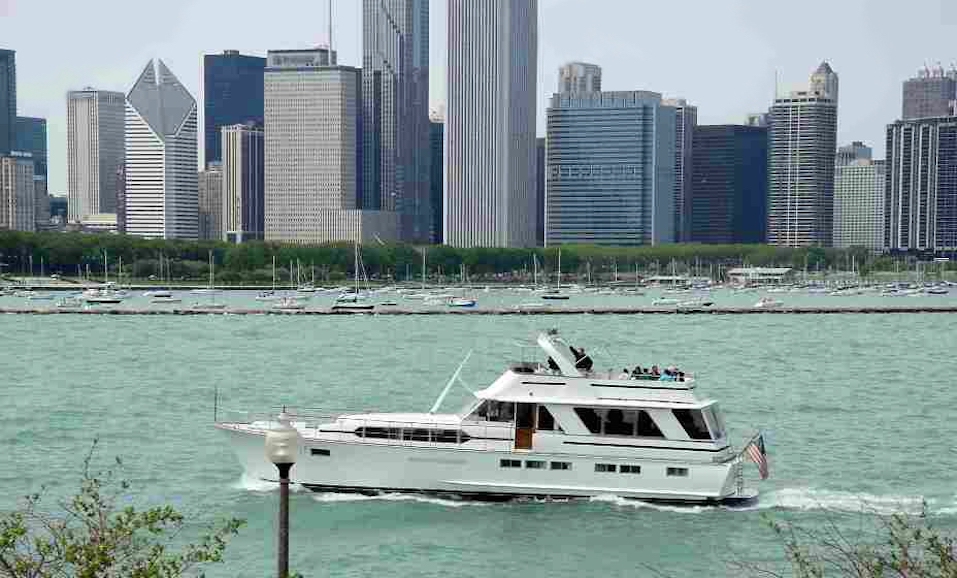 Sophisticated Lady is docked at Burnham Harbor, near Soldier Field and McCormick Place. The cruise heads north from the harbor presenting clear views of many of Chicago’s lakefront landmarks from the Adler Planetarium to Navy Pier and north by the beaches before circling back to the dock. It is BYOMusic on board; the sound system accommodates iPod and MP3 players.

In Milwaukee, two-hour tours on an Edelweiss Milwaukee River Cruise start at either of two dedicated docks on the Milwaukee Riverwalk. Cruises can accommodate groups from 20 to 149. Vessels are climate-controlled. Cruises parallel the Riverwalk as it wends through the downtown, not far from the “Bronze Fonz” statue depicting the character of Fonzie from the set-in-Milwaukee 1970s sitcom, Happy Days. 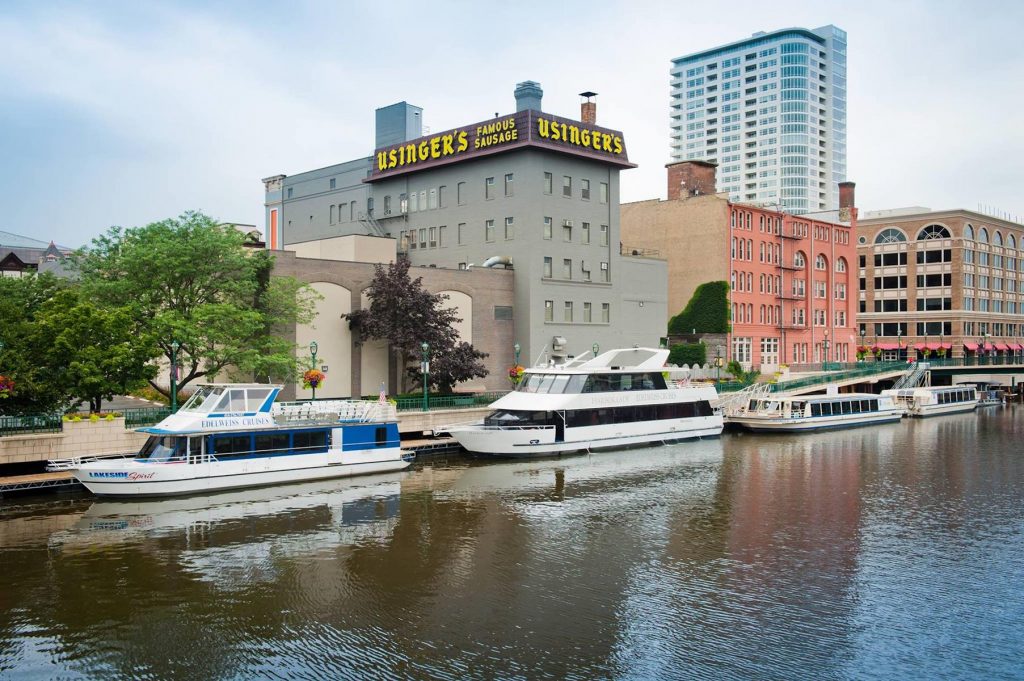 Consistently named the city’s favorite narrated cruise, seated dinner cruises are available to groups of 20 or larger on the Lakeside Spirit, Edelweiss I, Edelweiss II and the Harbor Lady. Think Sunday’s Champagne Brunch or Thursday’s Beer and Brat Cruise or the Historic Narrated Boat Tour. All cruises enter Lake Michigan for a turn along the city’s lakefront. The stretch on the big lake provides a stunning view of a dynamic skyline that includes Santiago Calatrava’s Quadracci Pavilion entrance to the Milwaukee Art Museum. Cruises sail May through October.

Each May, when groups prepare to be awed by upwards of 5 million tulips at the Tulip Time Festival in Holland, Michigan, the 65-foot Holland Princess feeds that awesome feeling with lunch and dinner cruises. The 150-passenger (130 seated), Victorian-era riverboat features a glass-enclosed deck and awning-covered seating up top. Both areas provide camera-ready views of Lake Macatawa, its channel to and on Lake Michigan, passing iconic Big Red Lighthouse on its way. The Princess departs from Denton Park, which has convenient drop-off and pick-up locations. 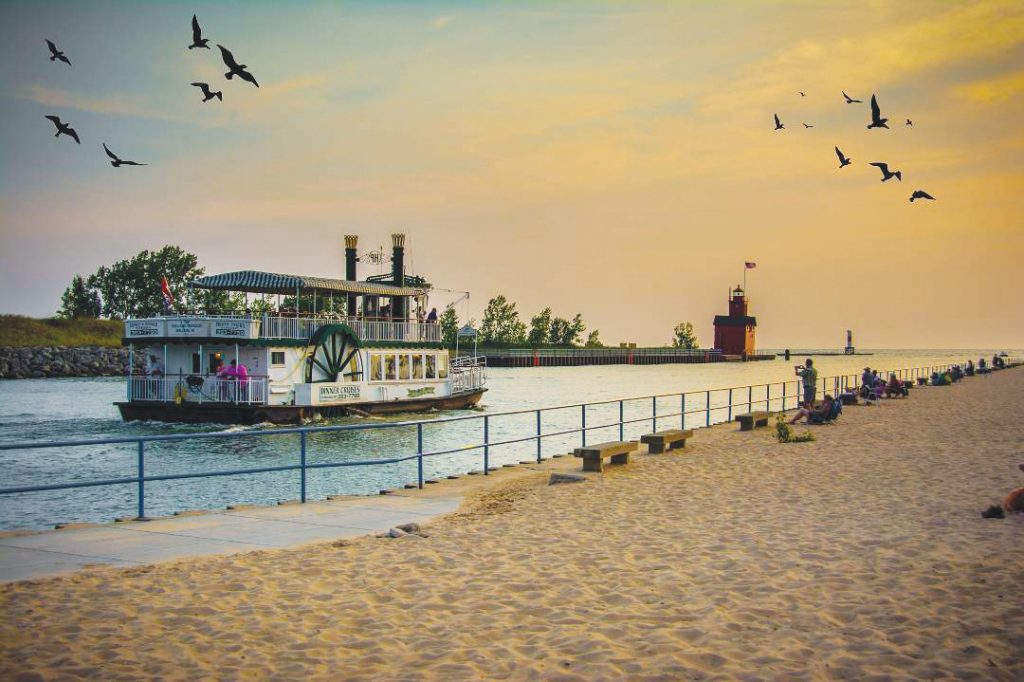 Cruises offer great sightseeing on Lake Mac, the channel that was hand-dug by early settlers to access Lake Michigan and, weather permitting, onto the big lake. Karaoke, bingo and other games are included in a package. The Princess specializes the senior and student market. Open Memorial Day weekend through September.