From Ella to Adele: 7 Places Where Musicians Found Fame 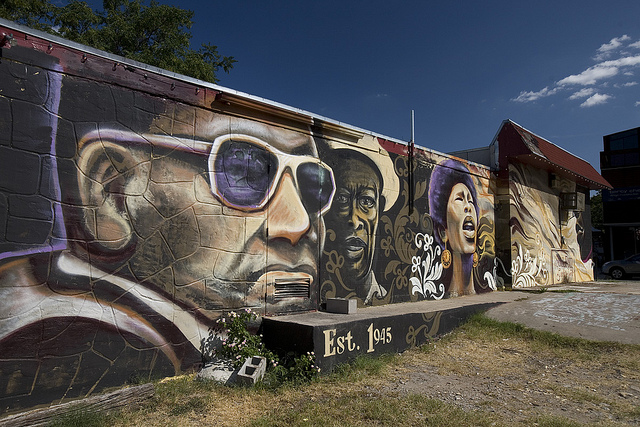 Take your travel group on a rockin’ road trip through the U.S. and over the pond to the U.K. to discover some of entertainment’s top hotspots for musicians.

INTRO: During the 1940s, war and civic unrest swept nations across the sphere. In a time of global turmoil, civilians turned to music and entertainment to escape the horrors of World War II. Artists like Duke Ellington and Ella Fitzgerald wooed their way into the hearts of millions with their eloquent jazz sounds. At the height of the Vietnam War, the music of the Beatles and Joni Mitchell spoke against the war and for basic civil rights. But before these artists became household names, they were performing in small-time, local venues in search of fame. Take a journey through various sites where musicians found their claim to fame, what nearby attractions group travelers can enjoy and some cheap, local food favorites along the way. 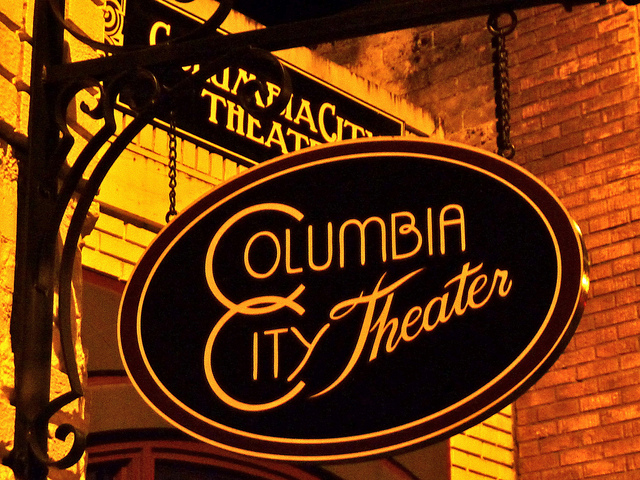 Established in 1917 as Washington’s first vaudeville theater, Columbia City Theater would later play a major role in the Seattle jazz boom in the ᾿40s. The theater was home to names such as Duke Ellington and Ella Fitzgerald. It is deemed one of the first venues to host legendary axman Jimi Hendrix and, in the ᾿80s, was a hub for the DIY punk scene. In more recent years, former local favorites like the Head and the Heart and Kris Orlowski performed regularly at the theater. Although it has recently converted to a local art commune and location for Seattle’s rave scene, Columbia City Theater remains one of the most influential and historic live music venues in the U.S.

Where: The Victory Grill, Austin, Texas

Listed on the National Register of Historic Places, Victory Grill hosted several African-American musicians during a time of racial segregation in Austin. Established in 1945 on “Victory Over Japan Day,” the venue originally served as a restaurant and bar for black soldiers returning home from war. With an understanding and interest in the growing Texas blues and jazz scenes, owner Johnny Holmes quickly established Victory Grill as one of the leading live venues for music aficionados of all races, ages and backgrounds. Tina Turner, James Brown, Billie Holiday, Etta James, Chuck Berry and Janis Joplin were amongst the most famous musicians to perform at Victory Grill. It also serves classic Southern cuisine such as muffaletta and a variety of “sammiches.”

Local Favorite: If your travel group didn’t get a chance to eat at Victory Grill, check out Torchy’s Tacos, an Austin favorite located in a trailer park with authentic Mexican bites and laughable menu items like the “Trailer Park Trash” taco. The food truck is located just three miles southwest of Victory Grill.

Where: The Cavern Club, Liverpool, U.K. 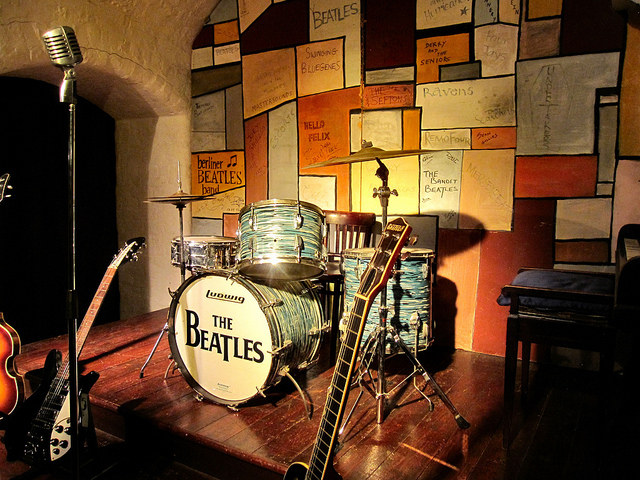 Travel across the pond to see where the Fab Four truly developed into a band before becoming some of the most famous musicians of all time. The Beatles had their first performance at the Cavern Club on Feb. 9, 1961, and soon became the venue’s signature act. Before the U.S. caught wave of the Beatles in 1964, they were already creating mile-long lines of fans wrapping around the building on nights they played the Cavern Club. Besides the Beatles, the club hosted musicians and bands such as the Rolling Stones, the Yardbirds, the Hollies, the Kinks, Elton John, Queen and the Who. Group travelers visiting the Cavern Club can enjoy free live music every night of the week, gaze upon one-of-a-kind rock ᾿n’ roll memorabilia and munch on local favorites such as fish ᾿n’ chips and toasties.

Local Favorite: For a reasonably-priced brunch, head to Lox & Caper, a quick and easy five-minute walk from the Cavern Club. 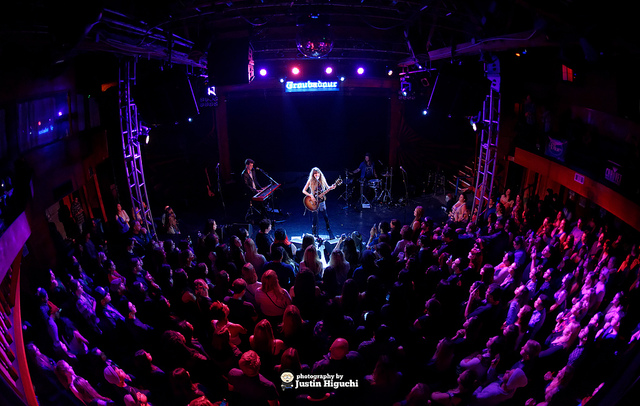 Named one of the best rock clubs by Rolling Stone, Troubadour was established in 1957 as a coffee house and later became a major center for singer-songwriters of the ᾿70s. The club was the site where the Eagles’ Don Henley and Glenn Frey met. It was the place where the U.S. was introduced to Elton John and where Neil Diamond released Gold, an album recorded at Troubadour. It was the venue where Tom Waits was discovered and where Led Zeppelin played a legendary three-hour long jam session. The list of historic rock ̓n’ roll moments that occurred at Troubadour is endless. In more recent years, artists such as Sam Smith and Lana Del Rey performed to sold-out audiences. The club is still standing strong and hosts several concerts per week. 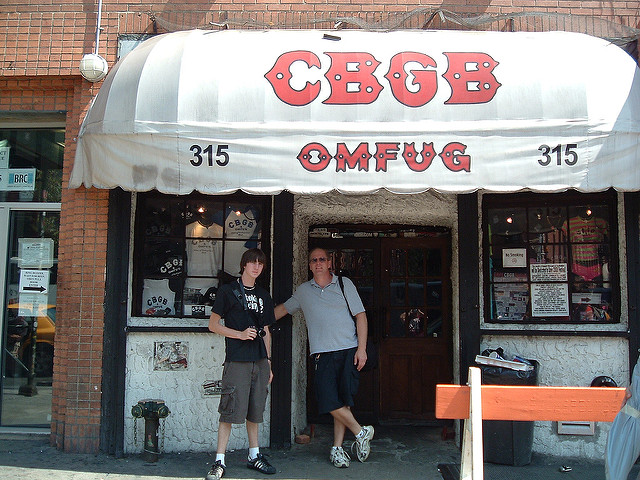 As the undisputed birthplace of punk, CBGB is a historic venue that, despite its closing in 2006, still attracts visitors and music aficionados from around the globe. Founded by Hilly Kristal in 1973, the club became a forum for artists like Lou Reed, Joan Jett, the Ramones, Agnostic Front, Blondie and Misfits. It was the scene where Joan Jett performed “I Love Rock ᾿n Roll,” a track that held the No. 1 spot for seven straight weeks on the Hot 100 in 1977, and where Guns N’ Roses first performed “Patience,” a track that would peak at No. 4 on the Hot 100 in 1987. Although the building where the CBGB stood is now a retail clothing store, music fans still come to see the name of the venue and the date it was founded etched into the cement outside the store.

In the early ᾿90s, up-and-coming music genres were bursting in young, trendy towns like Seattle, most notably grunge. Established in 1991, Crocodile Cafe quickly became home to Seattle’s grunge and alternative rock scene. Powerhouse performances included Pearl Jam, R.E.M., Cheap Trick, Indigo Girls, Beastie Boys and Alice in Chains. Perhaps the most jaw-dropping piece of rock ᾿n roll history at Crocodile Cafe occurred in 1992 when Nirvana played a secret gig under the name Pen Cap Chew for a mere $3. The establishment closed abruptly in 2007, but reopened in 2009 under a new name, the Crocodile.

Local Favorite: After rocking out at Crocodile Cafe, head to Rocco’s for late-night pizza by the slice. Located on the same street just 200 feet from the venue, Rocco’s offers delicious pizza with vegetarian and gluten-free crust options. 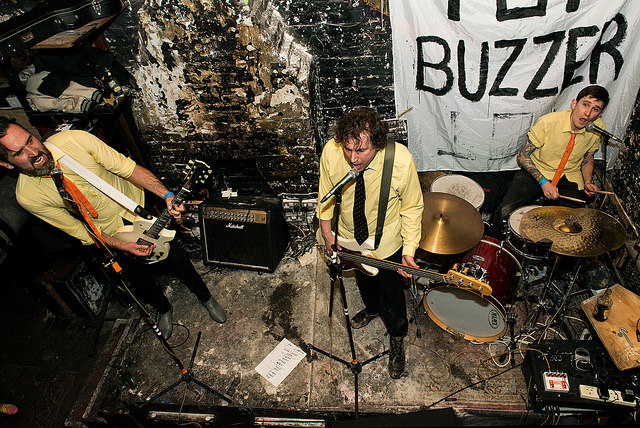 Located on what is considered to be London’s “Tin Pan Alley,” 12 Bar Club has hosted some of the U.K.’s top musicians. It was awarded “Live Music Venue of the Year ᾿95/᾿96” by Time Out magazine and was ranked the second-best venue in the world by The Telegraph in 2012. At 12 Bar Club, the late Jeff Buckley gave his debut U.K. performance with an impromptu set before the launch of his debut album “Grace.” The venue has also held performances by Adele, Damien Rice, Joanna Newsom and KT Tunstall.