Eight Great Things about My Cruise in Holland and Belgium 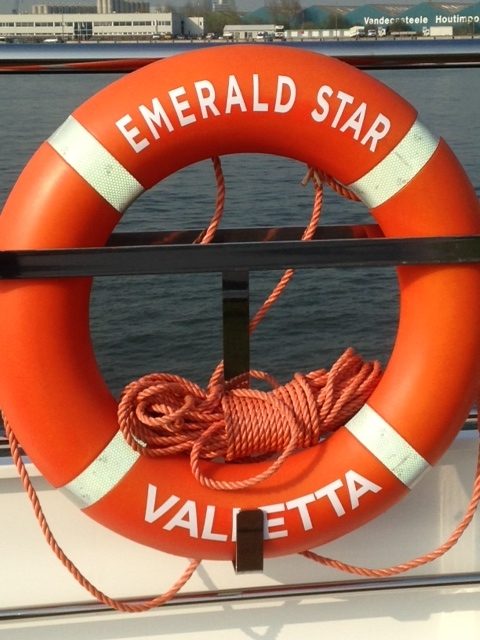 I’m fresh back from my very first European river cruise, a week-long Emerald Waterways trip called “Highlights of the Netherlands & the Beauty of Belgium.”

With the blooming of Holland’s tulips and other flowers, April and May are big months for cruises in the Low Countries. In some towns the river ships are double-, triple-, even quadruple-parked at the piers (allowing passengers to check out the decor of other lines as they pass through lobbies to get ashore).

On this early April sailing, the bulb fields were not yet in bloom, but I see that Emerald’s 2016 “tulip time” departures are a few weeks later. I joked that our trip was a “crocus time” cruise.

Here are eight highlights of my week cruising Holland and Belgium: 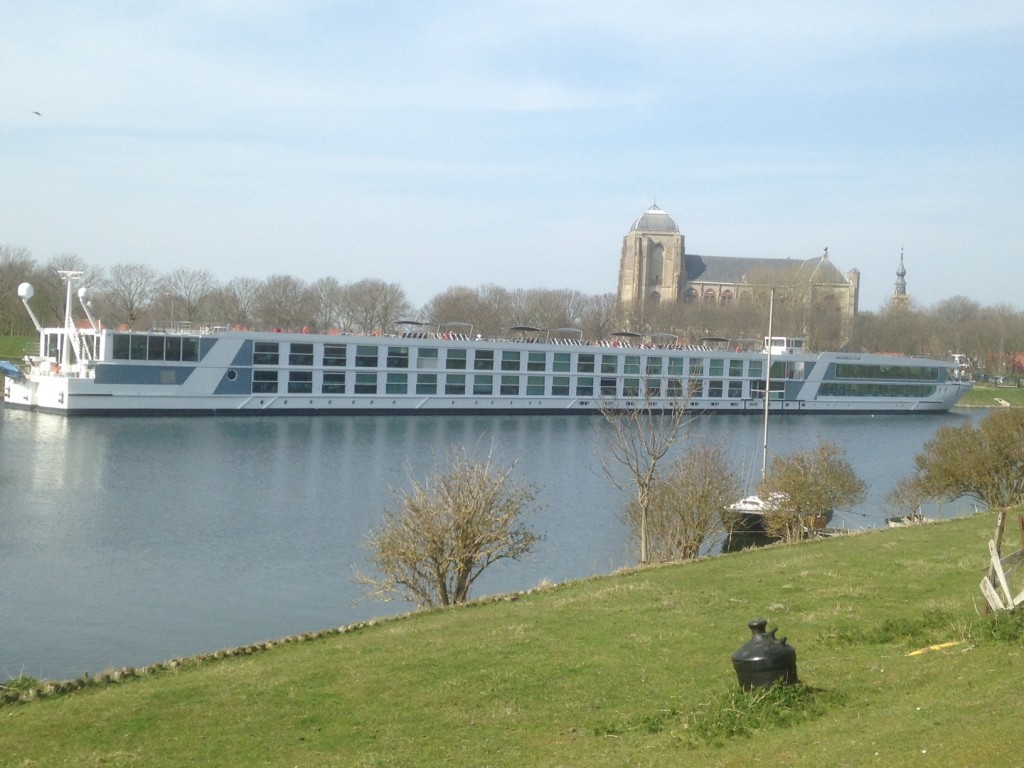 Sleek and contemporary, accented with mirrors and chrome, sporting a neutral color scheme with plenty of black and white touches, the Emerald Star shines. It is no barnacle-encrusted tub. Emerald Waterways, owned by the Scenic Tours Group, just started last year with two brand new ships (the 182-passenger Emerald Star and Emerald Sky) and this year unveils another pair of twins, the Emerald Sun and Emerald Dawn. Everyone likes something new. A unique Emerald feature: an indoor swimming pool that converts to a theater at night.

Not much smaller than a standard hotel room, it offered plenty of closet space, mirrors everywhere and a giant flat-screen TV with an impressive selection of movies (can you believe 50?). My stewardess, Cecilia, kept it shipshape, everything worked and I loved the virtual balcony that allowed me to watch the passing scenery out the large window, which extends almost to the floor. The top half of the window opens at the touch of a button, letting in fresh air.

What better place to start and end a cruise than Amsterdam, one of Europe’s great port cities and a tourist favorite. I had fun exploring the Dutch capital for two days before the cruise, footloose and fancy-free. The Emerald Star spent the first two days moored in Amsterdam, so we went on a Red Light District walking tour with our cruise director the first night and a canal boat cruise the next afternoon. The famous springtime extravaganza at nearby Keukenhof Gardens was featured on a morning bus trip. 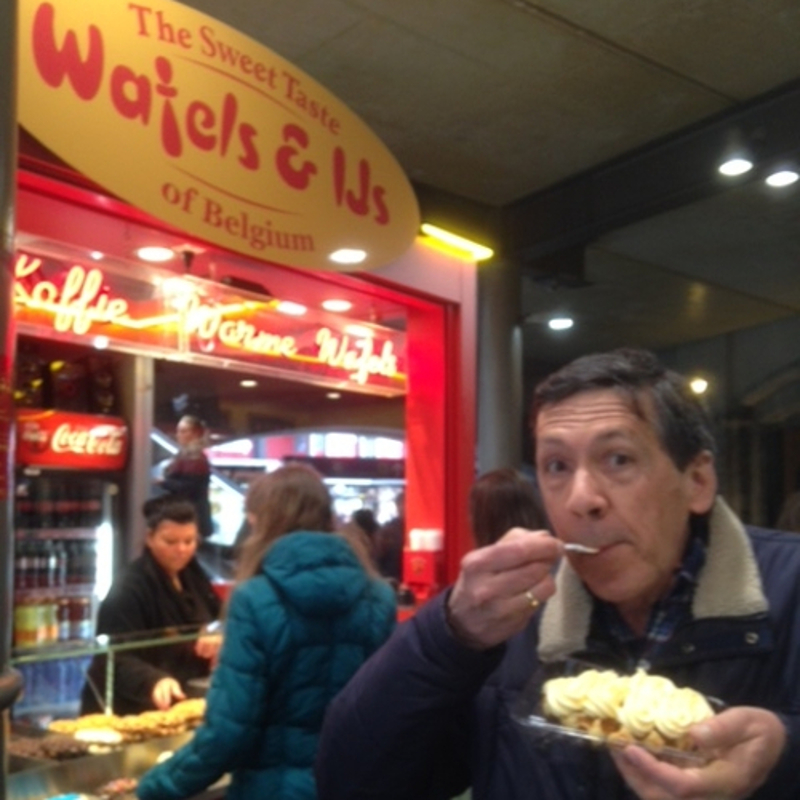 I’ve always felt Belgium’s second largest city (after Brussels) is underappreciated, but Emerald gave us extra time to appreciate its pleasures by docking overnight. From the pier on the Scheldt River, the medieval core and central shopping district were just a short walk away. After the one-hour guided walking tour arranged by the ship the first morning, we had the rest of the day to explore Antwerp and sample Belgian food and drink specialties. Our group made sure to hit stands selling the famous Flemish fries smothered in mayonnaise and freshly-made waffles (mine topped with creamy custard from a pastry tube). Belgian chocolate and Belgian beer were also on our must-have list. After dinner aboard the ship, we went to the 10th floor observation deck of the new MAS museum (open to midnight) to view the skyline, stumbling upon the rather sanitized red light district on the way back to the ship. From Antwerp the next morning we took the shore excursion (by bus) to the well-preserved medieval city of Bruges.

I always looked forward to the extensive lunch buffet—eight hot dishes, salad bar, meats, cheeses, breads, desserts—in the Emerald Star’s Reflections Restaurant and couldn’t wait to see what Dutch or Belgian specialty would be featured. Regional dishes included Dutch poffertjes (light, fluffy mini pancakes with egg liqueur sauce to ladel on) and bitterballen (small, deep-fried balls of meat and bread crumbs with mustard and mayonnaise for dipping). My very favorite was the kirschenplotzer, a Belgian bread pudding-like dessert made with sour cherries and topped with warm vanilla sauce.

A cruise director can make or break a cruise. The Emerald Star’s cruise director made ours. Affable, ready with a smile and always eager to answer questions, she was our “mother hen,” gathering us chicks every evening in the lounge for her “port talk” (about the next day’s activities). One afternoon in the lounge she gave an outstanding, one-hour Power Point presentation on World War I battles, including her own photos of war relics found on her grandfather’s farm. (Many places in Europe are commemorating the 100th anniversary of WWI through 2018.) 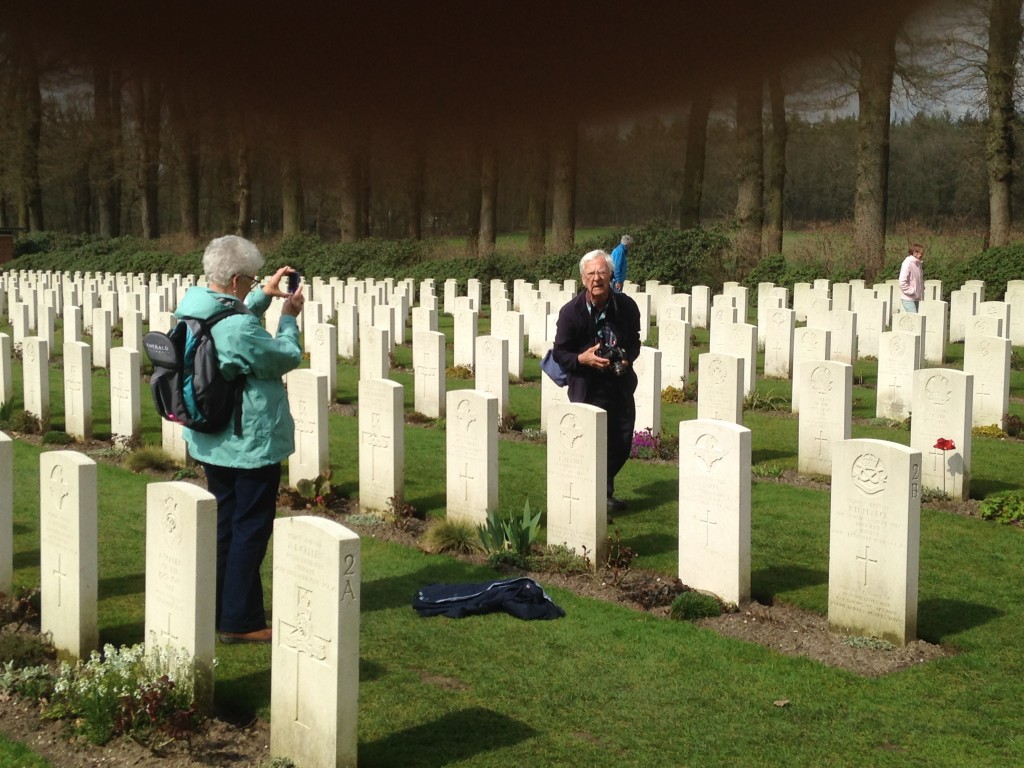 In the eastern Netherlands city of Arnhem, our ship docked right next to the Rhine River bridge that figured in the largest airborne operation in history, when in September of 1944 thousands of British troops parachuted onto fields near Arnhem. Being somewhat of a 20th century history buff, I had checked out a DVD of the 1977 movie A Bridge Too Far from my local library before the trip to get some background on the Allies’ ill-fated plan (code name Operation Market Garden) to capture the area’s bridges from the Germans. Our shore excursion included a brief visit to Arnhem Oosterbeck Cemetery followed by an hour at Airborne Museum Hartenstein, where dramatic exhibits and eyewitness videos describe battles and how Dutch civilians endured the bombing and looting of their city. 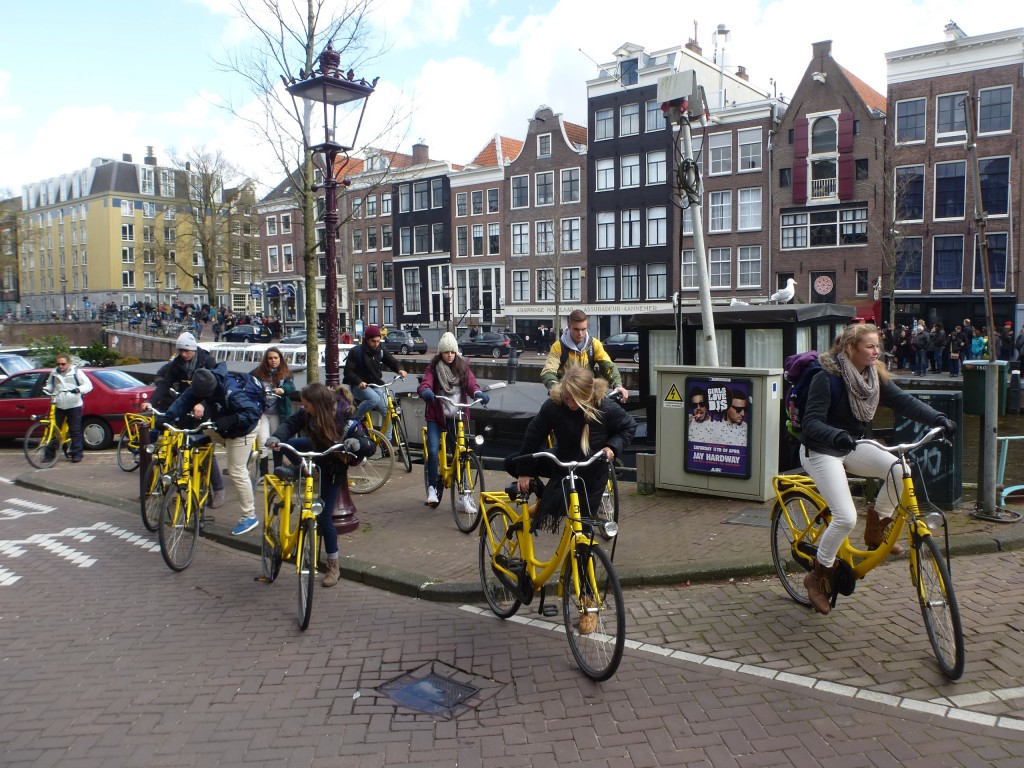 After a morning touring the Delta Works, a massive system of storm-surge barriers that keeps low-lying western Holland from being swamped by the North Sea, we had a few hours after lunch to enjoy the idyllic town of Veere, where our ship had docked that day. First, I climbed up the tower of the Great Church of Veere, just minutes from the pier, for views of the storybook town. Then I checked out an Emerald Star bike for an hour’s whirl around town, pedaling along brick streets fronting the harbor, checking out the locks on the canal and making a photo stop at a windmill. Cycling in pancake-flat Holland is a typically Dutch activity—everyone does it—and Veere proved to be a good place to try it out. Providing bikes for passengers is a nice Emerald Waterways amenity.

This trip did not offer the visually stunning scenery—hilltop castles, picturesque vineyards—that you would find on a Rhine or Danube River itinerary. Instead of covering a broad swath of territory, it concentrated on a rather compact area. But that gave us a chance to get a real feel for the culture of the Low Countries, with excellent guides for each successive excursion adding their personal insights.
As for the ship, I would be happy traveling on the Emerald Star anywhere in Europe. It’s a class act.

Emerald Waterways’ Holland/Belgium cruises for 2016 are set for April 26 and May 3. For more information, call 855-222-3214 or visit www.emeraldwaterways.com.