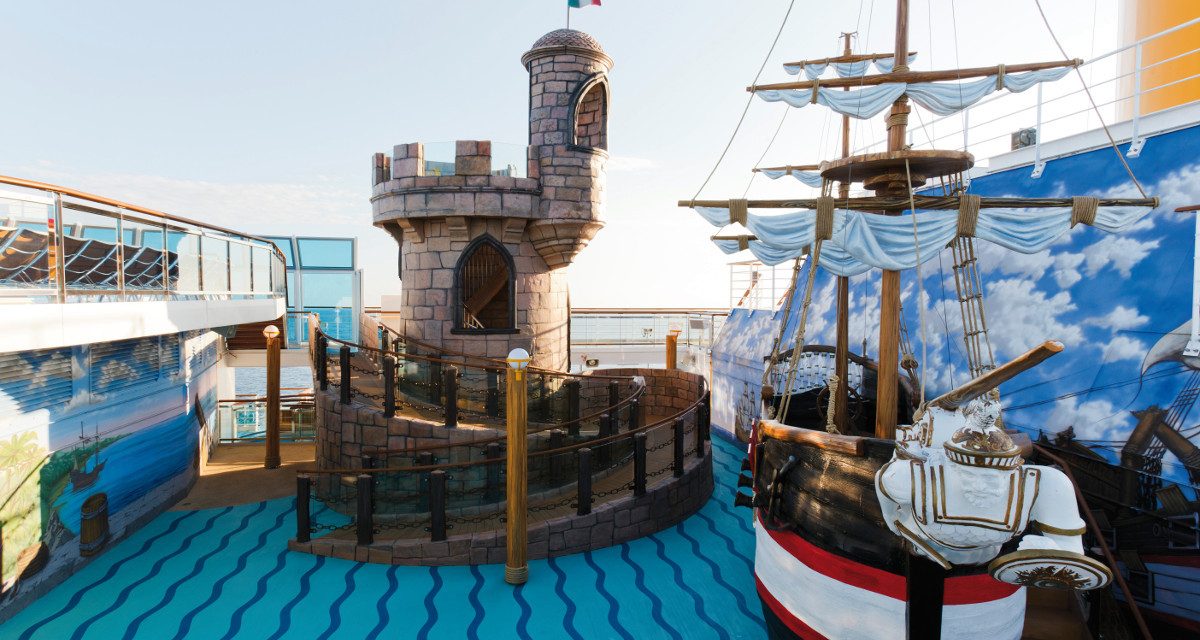 With a motto of “Italy’s Finest” and worldwide headquarters in Genoa, Italy, Costa Cruises brings Italy to the world with its ships and diverse itineraries around the globe.

For almost 70 years, Costa has flown the Italian flag in ports near and far, showcasing cruising Italian style onboard its ships. 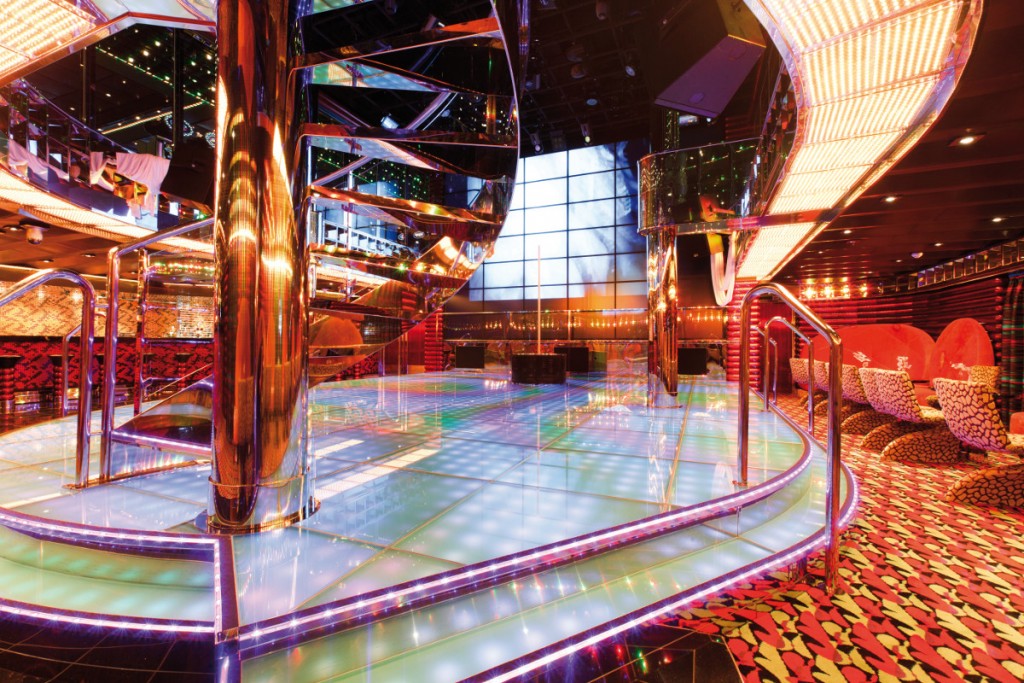 Worldwide, Costa Cruises now has 15 ships—all built or refurbished since 2000—with a capacity of almost 36,000 passengers. Since 2000, the company has spent $7 billion-plus expanding the Costa fleet, including the line’s new flagship, the 3,693-passenger Costa Diadema.

With 125-plus itineraries visiting more than 250 destinations around the world, Costa ships can be found in the Mediterranean, Northern Europe, the Baltic Sea, Caribbean, Central and South America, the Middle East, Indian Ocean, Far East and Africa. Select ships also sail “Around-the-World” cruises and “Grand” cruises that call at ports on different continents during the same sailing. Worldwide, the line now offers more than 2,200 shore excursions. 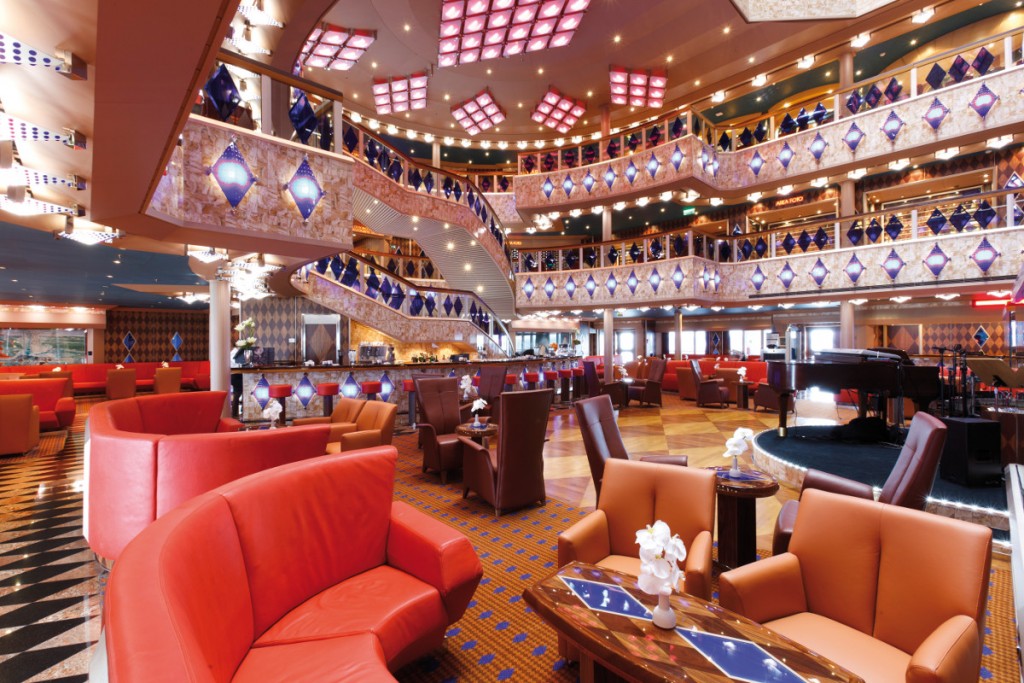 The shipping company Costa was founded in 1854 by founder Giacomo Costa fu Andrea. Costa originally specialized in trading fabrics and olive oil between Genoa and Sardinia, but soon needed a fleet of ships for worldwide trade—including shipping Italian foods and more to Australia to meet the demands of Italian immigrants there. With ships originally named for family members, the Costa fleet stood at eight by the end of World War II.

On March 31, 1948, the first Costa passenger ship, the Anna C, left Genoa for South America. It was the first liner to cross the southern Atlantic after the war and the first ship to offer passenger cabins with air conditioning. Service to North America followed later that year. 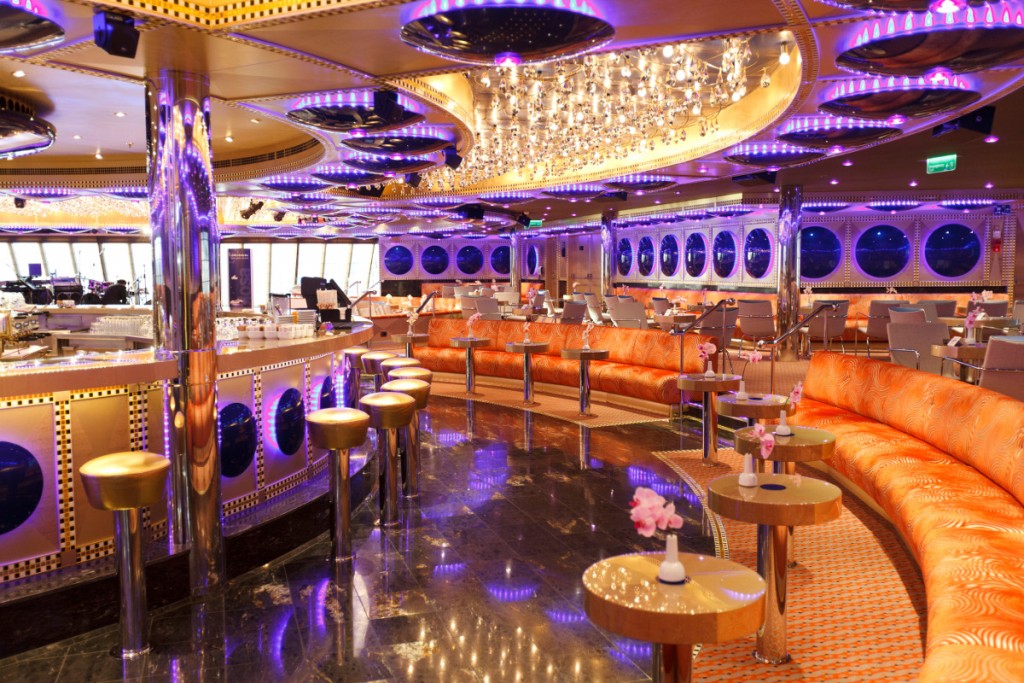 The 1950s and ̓60s brought many new passenger ships to the company and its already loyal passenger base. In 1957, the first ship commissioned by Costa from the Genoa shipyard Ansaldo was inaugurated (the Federico C). In 1959, Costa’s Franca C became the first ship in the world dedicated to seven- and 14-day cruises in the United States and Caribbean. Shorter cruises from Port Everglades to the Bahamas soon followed. In 1964, the line’s Eugenio C became its first passenger ship not divided by the then common three classes.

Many more modern ships were delivered from the 1970s through the ̓90s, including several now classic ships that have been refurbished and still fly the Costa flag under the Costa neoCollection brand: Costa neoClassica, Costa neoRomantica and Costa neoRiviera, which was built in 1999 for another line and came to Costa in 2013.

Carnival Corporation and Airtours purchased Costa Crociere Group in 1999 (including Costa Cruises, AIDA Cruises and Iberocruises) and Carnival bought out the 50% Airtours portion in 2000 to become sole shareholder. Carnival’s involvement with Costa has led to a major fleet expansion and refurbishment that’s brought Italy to the high seas. 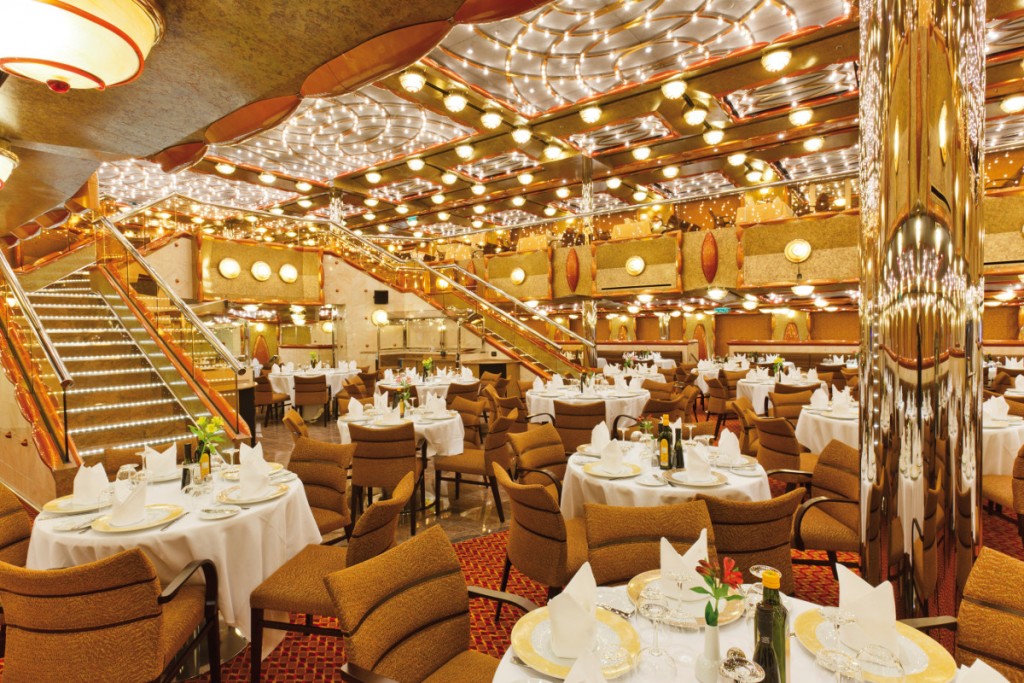 On the beverage front, Costa partners with Illy Caffé to offer an Italian-style coffee break anytime. Ferrari brand wine also is featured onboard all ships, bringing the popular wine from northern Italy’s Trentino region to bars across the fleet. Both Costa Diadema and restyled Costa neoClassica feature prosecco bars, while Costa Diadema also offers Vinoteca Gran Duca di Toscana wine bar—with a menu of more than 80 labels from 50-plus Italian wineries in collaboration with the Italian Sommeliers Association. 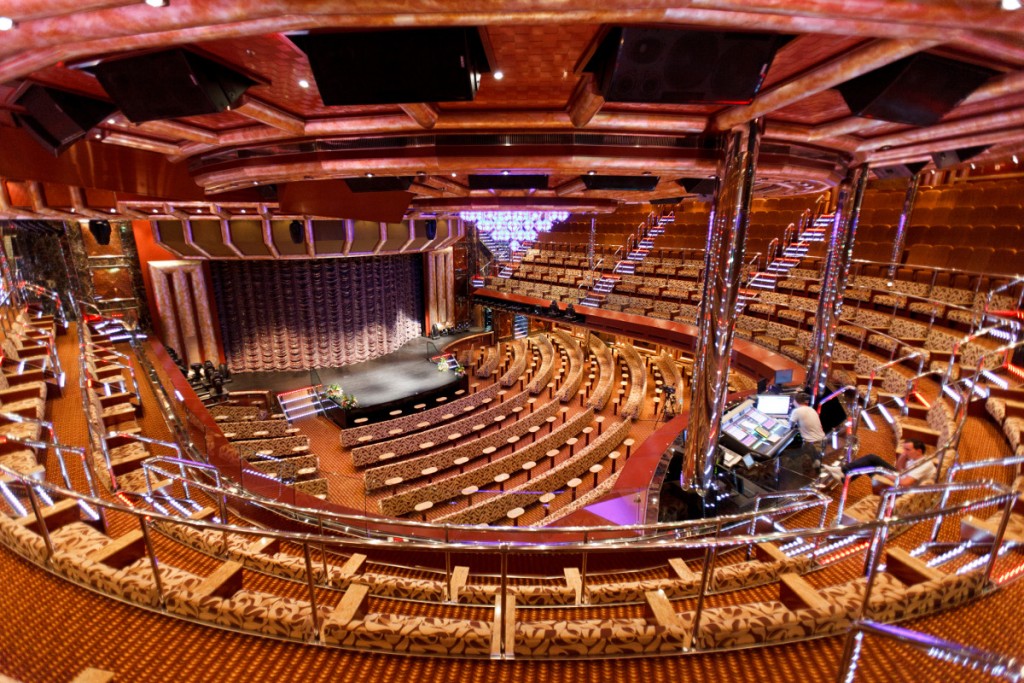 Costa has revamped the entertainment offerings to showcase more of Italy. Cruises feature themed parties on the lido deck, like “La Notte in Maschera” and “La Notte Bianca,” which celebrate the Italian traditions of a masked Venetian carnival and a white night festival. Onboard theaters feature more Italian-leaning shows, including “Sapori d’Italia”—the “Flavors of Italy” through music, art, opera, cinema and style.

Whether it’s with family or friends, Italians are famed for traveling in convivial groups. Thus, Costa’s group offerings are quite popular. 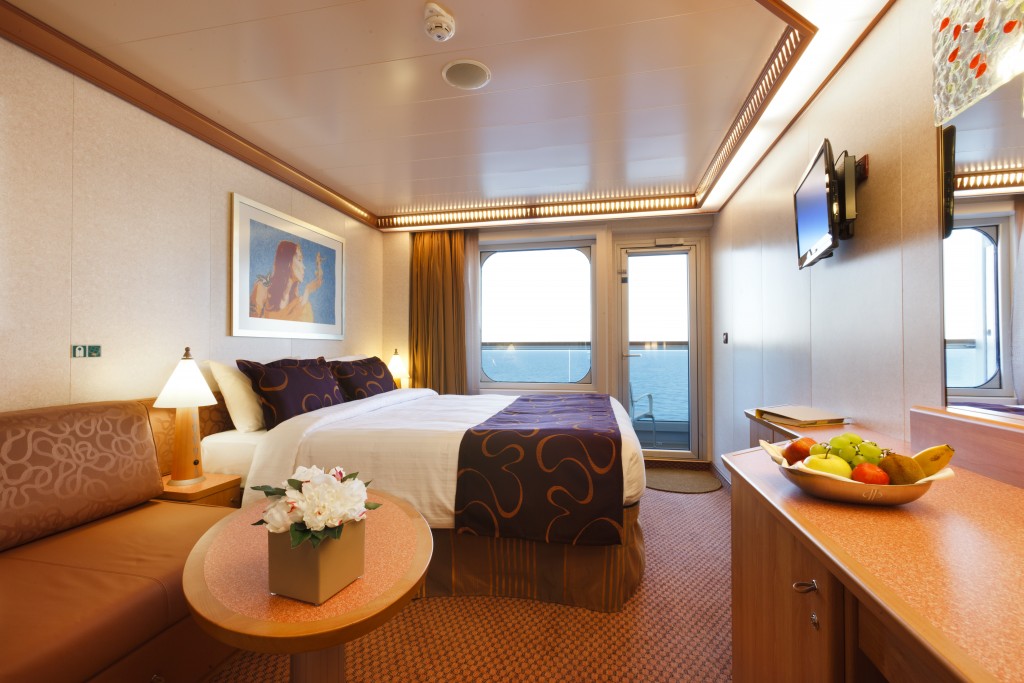 For 2015-2016, the “One for Nine” Caribbean and transatlantic group promotion presents a great chance to cruise Italian style. The offer includes: one free berth for every nine guests sold, based on double occupancy; increased commissions; commissionable shore excursions and drink packages; an agent-rate cabin, with a minimum of eight cabins sold, based on double occupancy; and other possibilities for the group, like cocktail parties, onboard credits and wine options.

The “One for Nine” possibilities include several Caribbean sailings of varying length departing from Fort Lauderdale and Guadeloupe onboard Costa Deliziosa and Costa Favolosa, respectively. There are also several transatlantic crossings on these ships that are part of this offer as well.