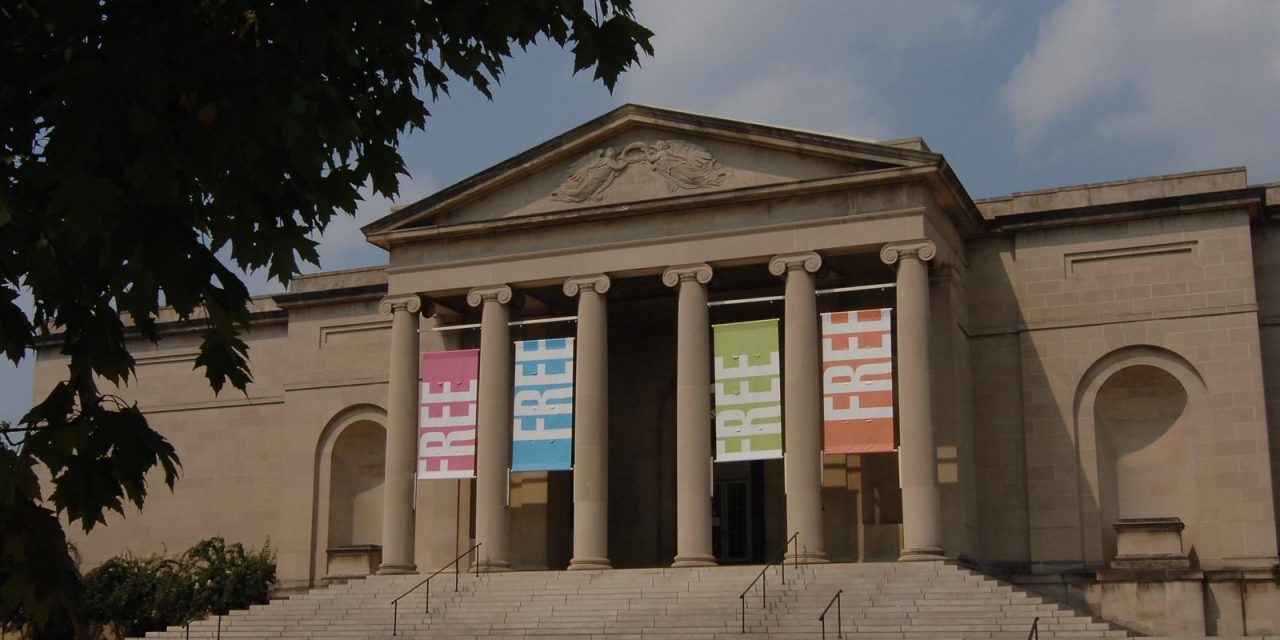 One of the East Coast’s great port cities, Baltimore brims with reminders of America’s past. Charm City is the birthplace of American railroading and the National Anthem, and through September of 2014 it’s celebrating the bicentennial of the War of 1812 and the penning of “The Star-Spangled Banner.”

The Inner Harbor, as the vibrant heart of downtown Baltimore, reigns supreme as the go-to place for tourists. Rich in maritime lore, it abounds with shops, restaurants and attractions like the National Aquarium and Maryland Science Center. Fun neighborhoods like Little Italy, Mount Vernon and Federal Hill offer their own lures. Fell’s Point, Baltimore’s original seaport, still has cobblestone streets and attracts visitors with lively pubs and funky little shops.

Situated between Washington, D.C. and Philadelphia, Maryland’s largest city fits well into many Eastern Seaboard itineraries. Here are a dozen attractions worth checking out on a trip to Baltimore:

A wide-ranging collection includes treasures from Africa, Asia, Oceania and the Americas, in addition to eight galleries of European Old Masters and works by Cezanne, Gaugin, Renoir, Van Gogh and Picasso. The largest museum in Maryland, located next to the main campus of The Johns Hopkins University, boasts what is reputedly the world’s largest Henri Matisse collection. The contemporary art wing displays many Andy Warhol paintings. Also view furniture, decorative arts, period rooms and a sculpture garden. The exhibition German Expressionism presents an overview of the revolutionary art movement that flourished in Germany during the first three decades of the 20th century. Admission is free. (artbma.org) 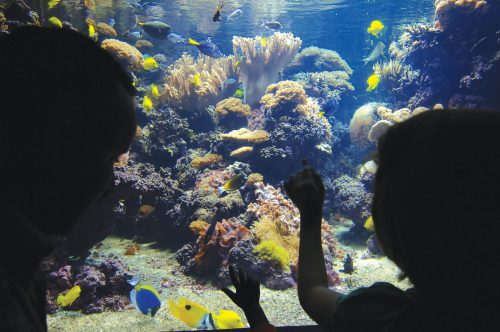 Top of the World Observation Level

Floor-to-ceiling windows on the 27th floor of the World Trade Center, the world’s tallest pentagonal building, provide 360-degree panoramic views of the Inner Harbor and city skyline. Information panels spotlight Baltimore landmarks and historical milestones. One exhibit honors the 68 Maryland residents who lost their lives on 9/11, and a large memorial in front of the building is made of steel beams from New York’s World Trade Center and limestone from the Pentagon. The building is located next to the National Aquarium. (viewbaltimore.org)

Explore outer space, the human body and the world of dinosaurs at one of the country’s top science museums. Stand inside a beating heart chamber, hear digestion noises and, through groundbreaking video technology, follow a cherry tomato as it travels from the mouth to the stomach. A giant mechanical blue crab is the focus of an exhibit focusing on the Chesapeake Bay and its relationship to Maryland and the Mid-Atlantic. Located at the Inner Harbor, the Maryland Science Center offers three levels of hands-on exhibits, plus giant-screen IMAX films and multimedia presentations in Davis Planetarium. (marylandsciencecenter.org) 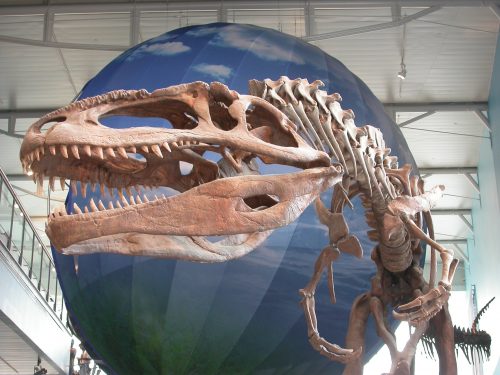 Baltimore’s nautical heritage is on display at the Inner Harbor, with four ships docked at Piers 1, 3 and 5 open for touring. The triple-masted USS Constellation is the last all-sail war ship built by the U.S. Navy and the only Civil War-era vessel still afloat. Also see the WWII submarine Torsk, the Lightship Chesapeake and the U.S. Coast Guard Cutter Taney, the last ship afloat to have survived the attack on Pearl Harbor. Climb the 1856 Seven Foot Knoll Lighthouse, which once stood at the entrance of Baltimore Harbor. Group tours include hands-on activities. (historicships.org)

See the Inner Harbor and historic waterfront from the deck of a ship. The Spirit of Baltimore offers year-round lunch, brunch and dinner cruises with buffet dining, dancing and a DJ playing Top 40 hits. The Inner Harbor Spirit does 75-minute sightseeing cruises, traveling from the Inner Harbor past Fort McHenry and back; a cocktail cruise is available for groups of 20 and more. The Seadog speedboat offers thrill-packed, 50-minute sightseeing rides in the warmer months and can be chartered for 20 and up. (spiritcruisesbaltimore.com) 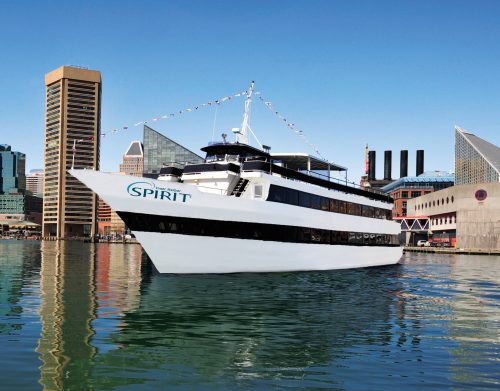 Take in a Baltimore Orioles baseball game and/or tour this classically designed ballpark, the first of the fan-friendly, retro-style parks that started a stadium design trend in the 1990s. Tours include the Orioles dugout, press area, scoreboard control room and a luxury suite. At the stadium is the Sports Legends Museum at Camden Yards salutes local college and professional sports, and has an Orioles Hall of Fame. Three blocks west is the Babe Ruth Birthplace and Museum, a shrine packed with photos, memorabilia and film clips that pay tribute to Baltimore native George Herman “Babe” Ruth, the legendary Yankees slugger who became America’s first sports celebrity. (orioles.com, baberuthmuseum.org)

Far from a stuffy experience, this museum displays an eclectic, quirky collection of works created by people who lack artistic training but feel compelled to paint, draw or make things from matchsticks.  You might be enamored by the ocean liner made from 100,000 toothpicks or the throne constructed mostly from flattened bottle caps. Check out the human figure carved from an apple tree trunk, a mirror adorned with melted candles or the family of kinetic robot sculptures crafted from junkyard scraps. The front of the curvaceous building is marked by the Giant Whirligig, a 55-foot wind-powered sculpture and beloved Baltimore landmark. (avam.org)

Situated at the entrance to Baltimore’s harbor, Fort McHenry was the home of the flag that inspired lawyer Francis Scott Key to write the lyrics to “The Star-Spangled Banner” in 1814. He had witnessed a War of 1812 battle in which valiant American defenders thwarted a British advance amid “the rockets’ red glare and bombs bursting in air.” The star-shaped brick fort offers historical displays and a short movie featuring the U.S. Naval Choir singing the National Anthem. Visitors can roam the ramparts and on summer weekends watch costumed members of the Fort McHenry Guard conduct drills and fire weapons. (nps.gov/fomc) 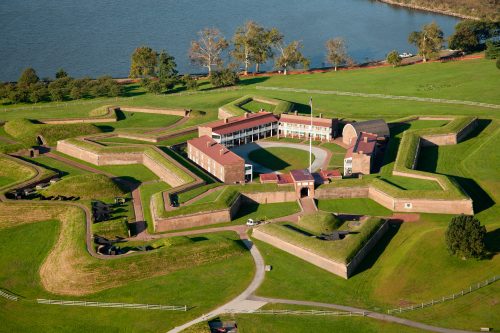 Established in 1782, this downtown Baltimore landmark claims to be the oldest continuously operating market in the country. Some 140 merchants sell prepared foods (for eat-in or take-away), bakery goods, produce, meats and fresh seafood from the Chesapeake Bay. Vendors include delis, Chinese takeout places and raw oyster stands. Try the fabled crabcakes at Faidley Seafood and the cookies at Bergers Bakery in the food court. The hectic, crowded market, which underwent a renovation in 2002, provides groups with an alternative to the city’s standard tourist attractions. (lexingtonmarket.com)

This indoor-outdoor museum, in the birthplace of American railroading, boasts the largest collection of 19th century locomotives in North America. Vintage engines and rolling stock are displayed on outdoor platforms and under the roundhouse dome covering a wooden turntable. Besides examining trains and railroad memorabilia, visitors can take a nostalgic 20-minute ride on the first commercial railroad track in America. (borail.org)