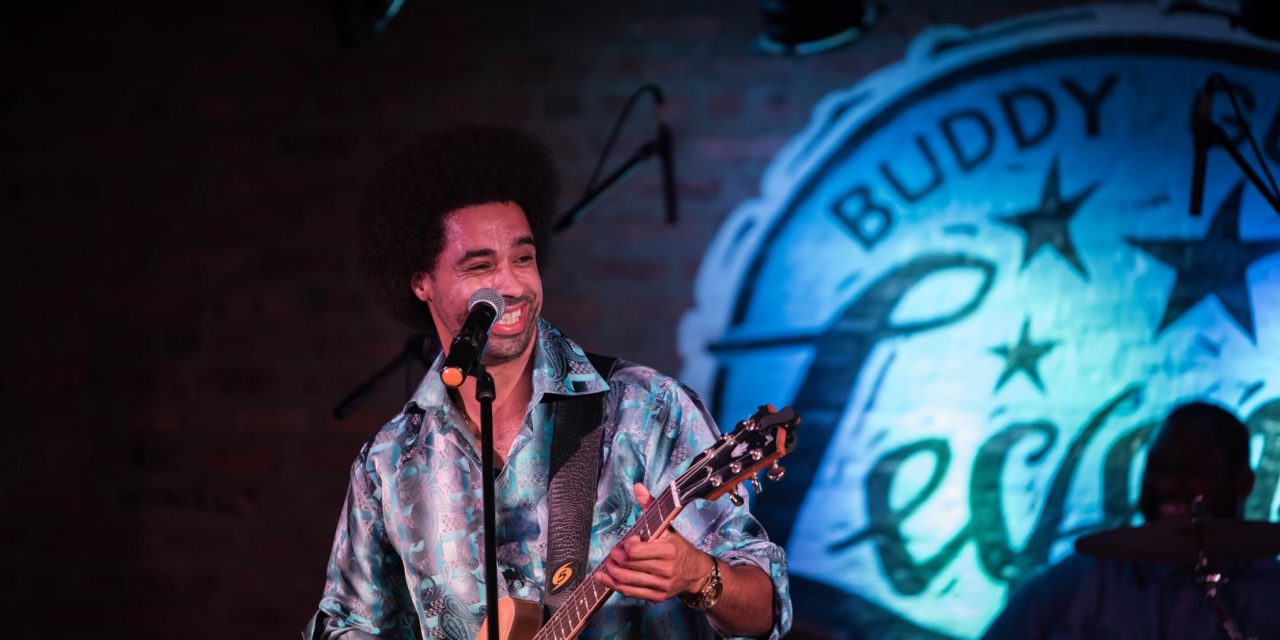 Illinois is rich in African American history as groups can take journeys like Chicago’s Black Metropolis Tour or head south and visit numerous Underground Railroad sites in such locales as Princeton and Jacksonville.

Start your African American history journey with the Chicago Southland Underground Railroad Tour. This 5½-hour tour begins in Crete, with the guide sharing tales of slaves seeking freedom and passing through the region prior to the Civil War. The tour will visit two designated sites on the National Park Service’s Network to Freedom, with both locations having a verified connection to the Underground Railroad. Groups will make a stop at the John Ton Farm near Riverdale, which was known as a safehouse for fugitive slaves. Another option is Chicago’s Black Metropolis Tour, which runs for up to two hours. This tour of Chicago’s Black Metropolis and the Chicago Southland will explain the twists and turns of the historic struggle and triumph of Chicago’s neighborhoods and political ties in the African American communities, past and present.

For lunch and an authentic restaurant experience steeped in the history of black Chicagoans, visit Lem’s Bar-B-Q on the South Side of Chicago. Known for its rib tips and hot links, Lem’s is widely considered among the best barbecue establishments in the city. Afterward, venture to the DuSable Museum of African American History in Chicago, the nation’s first independent museum dedicated to the collection, preservation and study of the history and culture of Africans and Americans of African descent. 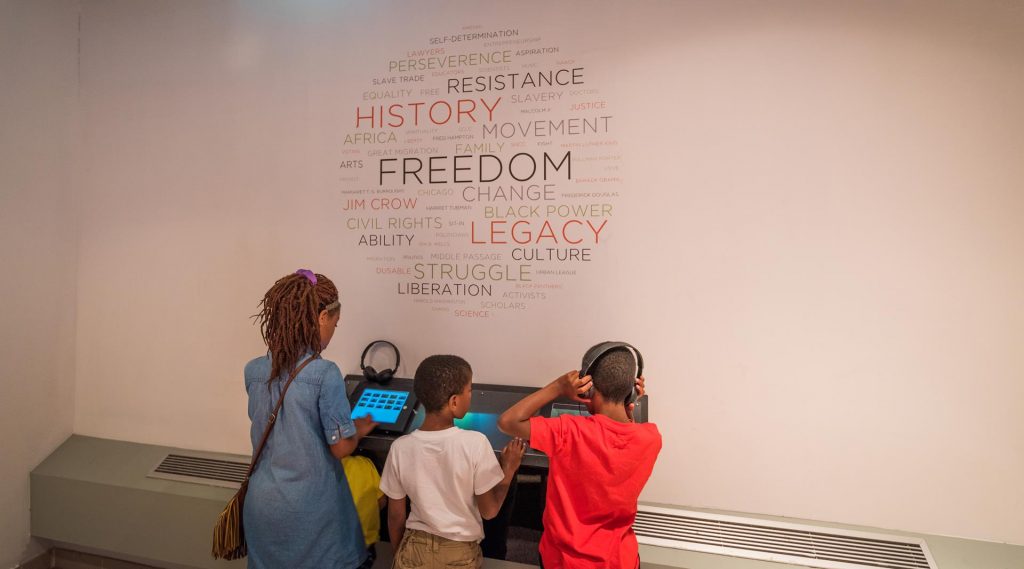 The Pullman National Historic District in Chicago was the first model, planned industrial community in the United States. The district became one of the most famous company towns in the country and was the scene of the violent 1894 Pullman strike. Founded in 1995 and located in the historic Pullman District, the National A. Philip Randolph Pullman Porter Museum offers exhibits, tours and interpretive programs throughout the year. The museum recognizes the legacy of the Pullman Porters who were instrumental in our country’s transportation mode at the time, and follows the story of their unionization and link to the Civil Rights movement. 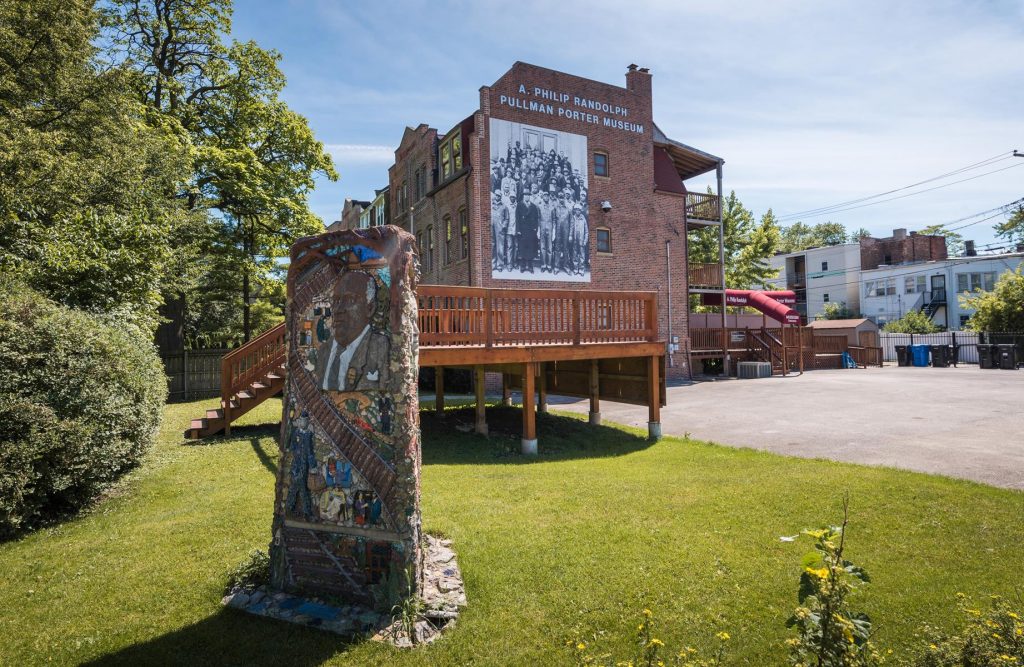 For southern-style comfort food, pay a visit to Pearl’s Place in Chicago’s Bronzeville neighborhood. Guests can choose from a soul food buffet (available for breakfast, lunch and dinner) or order off the menu. Another dining option is Sweet Maple Cafe, a cozy restaurant that serves country-style home-cooked meals and homemade sweet milk biscuits.

Those seeking a mini-road trip can drive 21 miles west of the city to Lombard, where they can visit the Sheldon Peck Homestead. Sheldon Peck, a social activist and conductor on the Underground Railroad, owned a house that was donated to the Lombard Historical Society by his granddaughter. In Oak Brook, the Graue Mill and Museum is an operating waterwheel grist mill and homestead that illustrates life in the late 1800s and the impact mills had on our culture. Graue Mill is one of the remaining stations on the Underground Railroad as Frederick Graue housed slaves in the basement of his gristmill. The 1846 Blodgett House in Downers Grove has great cultural significance as stopover point on the Underground Railroad as several members of the Blodgett family were active in the abolitionist cause.

In the 1900s, the Great Migration brought thousands of African American migrants to Chicago, who introduced the city to jazz and blues. That legacy lives on today in Chicago’s many legendary music venues and clubs. With its more than 100-year history, Green Mill Cocktail Lounge in the Uptown neighborhood is famous for hosting iconic jazz musicians and notorious mobsters alike. Today, the historic spot is still known as one of the country’s top jazz venues. 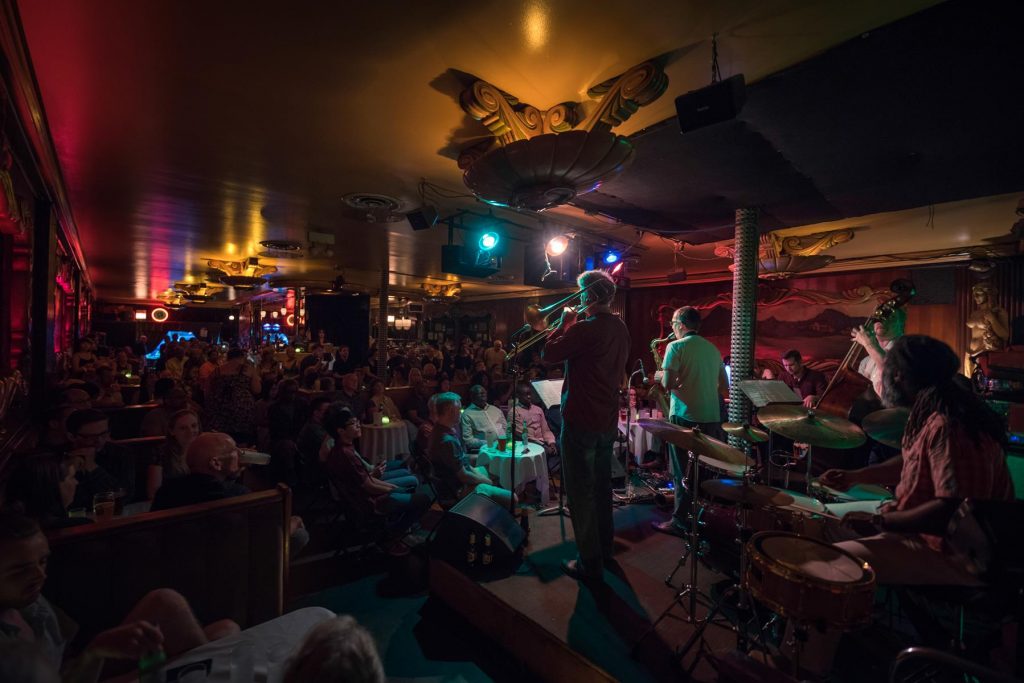 Travel south to Springfield, where you can visit the Abraham Lincoln Presidential Library and Museum. This museum not only documents the life of our country’s 16th president but also stages exhibits based on its impressive historical holdings, including an extensive Civil War collection and strong offerings on slavery and abolition.

Also in Springfield is the Acts of Intolerance Sculpture, which commemorates the centennial of the 1908 race riot in Springfield. Route History, Inc. is a Springfield attraction where visitors can learn about the tragedy and resilience of African Americans, black-owned businesses and related events located along historic Route 66. Of note are Springfield’s role as a haven along the Underground Railroad and the Race Riot of 1908 which led to the formation of the National Association for the Advancement of Colored People.

Those seeking Soul Food can make a pit stop at Nickey’s Southern Style Kitchen in Springfield, where you will savor an expanded menu that includes a smoked catfish sandwich and jambalaya. A few miles from the Illinois State Capitol resides the Springfield and Central Illinois African American History Museum. Through oral histories and exhibits, the museum provides insight into authentic stories about African American life in Central Illinois.

Sites include the Owen Lovejoy House in Princeton and Beecher Hall at Illinois College in Jacksonville. Groups can also take a tour of Woodlawn Farm in Jacksonville, an Underground Railroad site.

Alton’s riverfront location along the Mississippi River played an important role in helping slaves make connections to the freedom of the northern United States. Commemorate the heritage and black history of the Alton region with a tour along the Alton route of the Underground Railroad. For two hours, guests can learn about Underground Railroad sites like Rocky Fork Church, Enos Apartments and more on a narrated step-on guided tour. If you get hungry, visit Lovett’s Soul Food in Alton, which is renowned for its snoot sandwich, fried pickle slices, fish sandwich and its fried Kool-Aid.

Those who wish to embark on a road trip can drive a few hours south to Carbondale, where you will find the African American Museum of Southern Illinois. This museum includes a permanent collection of African art and slave artifacts. Rotating displays include Underground Railroad message quilts, local artwork and exhibits that portray the achievements of African American citizens.