A Geek’s Guide to the UK 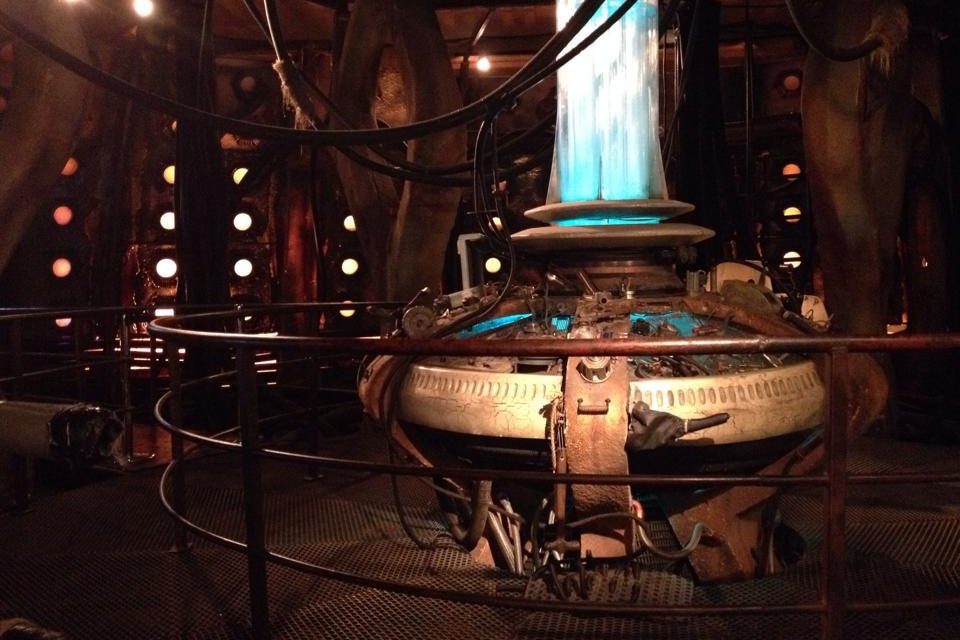 Looking for nerdy things to do while traveling abroad? Check out our geek’s guide to see what the UK has to offer!

The United Kingdom is full of history and excitement, with fun and entertaining options at every turn. Of course, not all visitors are simply looking to see castles, pubs and rolling hills; some need a place to experience pop culture, science, technology and literature. Happily, the UK has all of these locations too – check out these places where you can let out your inner nerd.

Whether you’re a fan of old Who or new, you’re sure to have a great time at this Cardiff museum. Your visit begins with an interactive experience featuring the current Doctor and then winds down to a trip through the exhibition hall, which includes many treasures to enjoy. You can see the show’s props, sets and costumes, as well as gems such as the original creator’s handkerchiefs and press clippings. Afterwards, check out the gift shop filled with site-exclusive items and the café area, which sells themed items like the Blue Box lunch special. Number one fans of the show can also opt to take part in a tour of the current TARDIS set and nearby filming locations. To finish your experience, think about heading over to the nearby Wales Millennium Centre, and see if you can find your way into Torchwood. 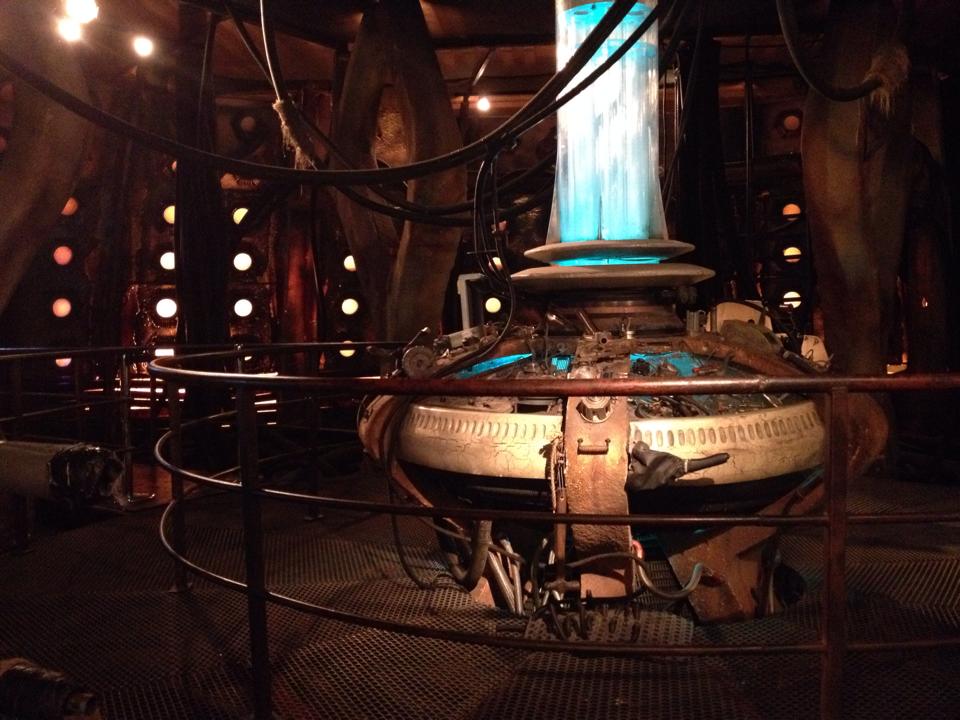 This café is a must-see for any Harry Potter fan. Located in Edinburgh, Scotland, the restaurant was once the place where J.K. Rowling penned the Harry Potter books in the early days of the series. The Elephant House celebrates this heritage proudly – the window features a sign that marks it as the “birthplace” of Harry Potter. The café is also a great spot to relax, with a view of Edinburgh Castle and coffee that the owners claim will ease your pain and get you back on track. Breakfast, lunch and dinner are all served, so think about adding this spot to your itinerary.

The Eagle and Child

Walking along the streets of Oxford, you might pass by this pub easily, as its exterior is nothing to marvel at. But don’t be fooled by appearances – this is no average pub. Open since 1650, its best claim to fame is its time as the meeting place of the Inklings, a group made up of writers such as J.R.R. Tolkien, C.S. Lewis and Charles Williams. Each week, these men would gather to discuss their work and their writing, which would become literary classics. The pub itself has a very warm and friendly atmosphere, and it’s a great place to visit with a group and hold a gathering of your own. If you happen to be in Oxford on a Tuesday, drop in to compete in the pub’s quiz night – the first prize is a £25 bar tab. 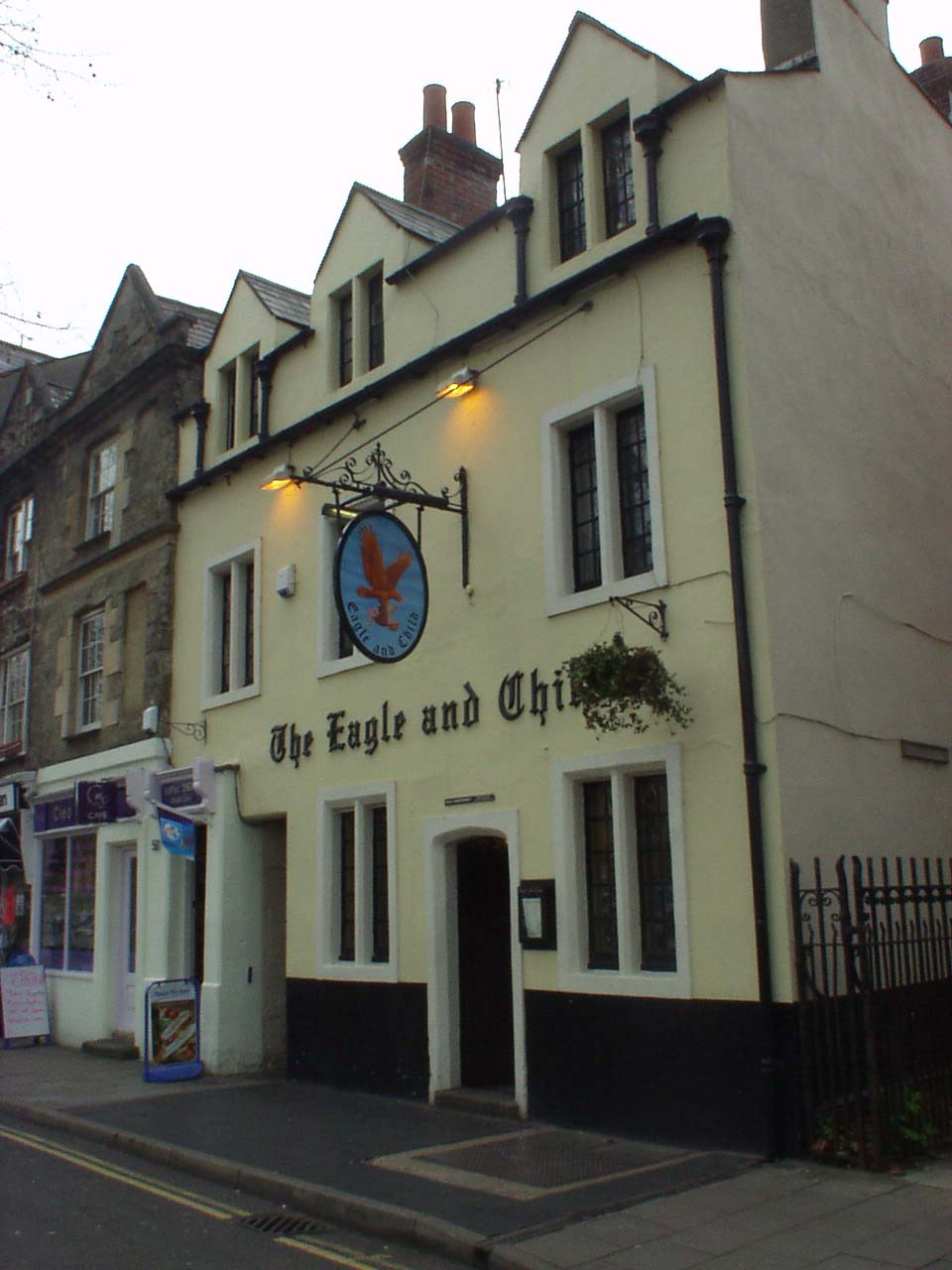 If you’ve seen the award-winning film The Imitation Game, you know that this park was once the place where a team of people led by Alan Turing worked to crack the Enigma Machine, the device used by Germany in World War II to pass coded messages. Today, the Buckinghamshire site stands as a museum for code breaking and cyber security, making it a great destination for those interested in both history and technology. Exhibits include Turing’s study, where his personal notes are on display, the newly refurbished bombe machines that Turing created to break Enigma’s code and several exhibits that show aspects of daily life at Bletchley Park during World War II. The site also features innovative technology to help visitors engage with the museum, such as the incorporation of multimedia guides that are provided at no cost, and may be downloaded onto Apple products as well.

Fans of the literary hero and the hit BBC show alike can enjoy roaming the streets of London and investigating spots related to the legendary detective. The best spot on the tour is arguably the famous address 221 B Baker Street, which serves as the Sherlock Holmes museum. Visitors to this 1815 townhouse can view period rooms that contain Sherlock Holmes memorabilia, as well as a replica of the study where Holmes did his best deductive reasoning. After your visit, walk around and see the filming sites of the modern television show, such as Speedy’s Café and Irene Adler’s Belgravia residence. If all that walking makes you feel hungry, head towards Trafalgar Square to dine at the Sherlock Holmes pub, with menu items that include Mrs. Hudson’s steak and ale pie and Benedict Cumberbatch’s pulled pork burger. 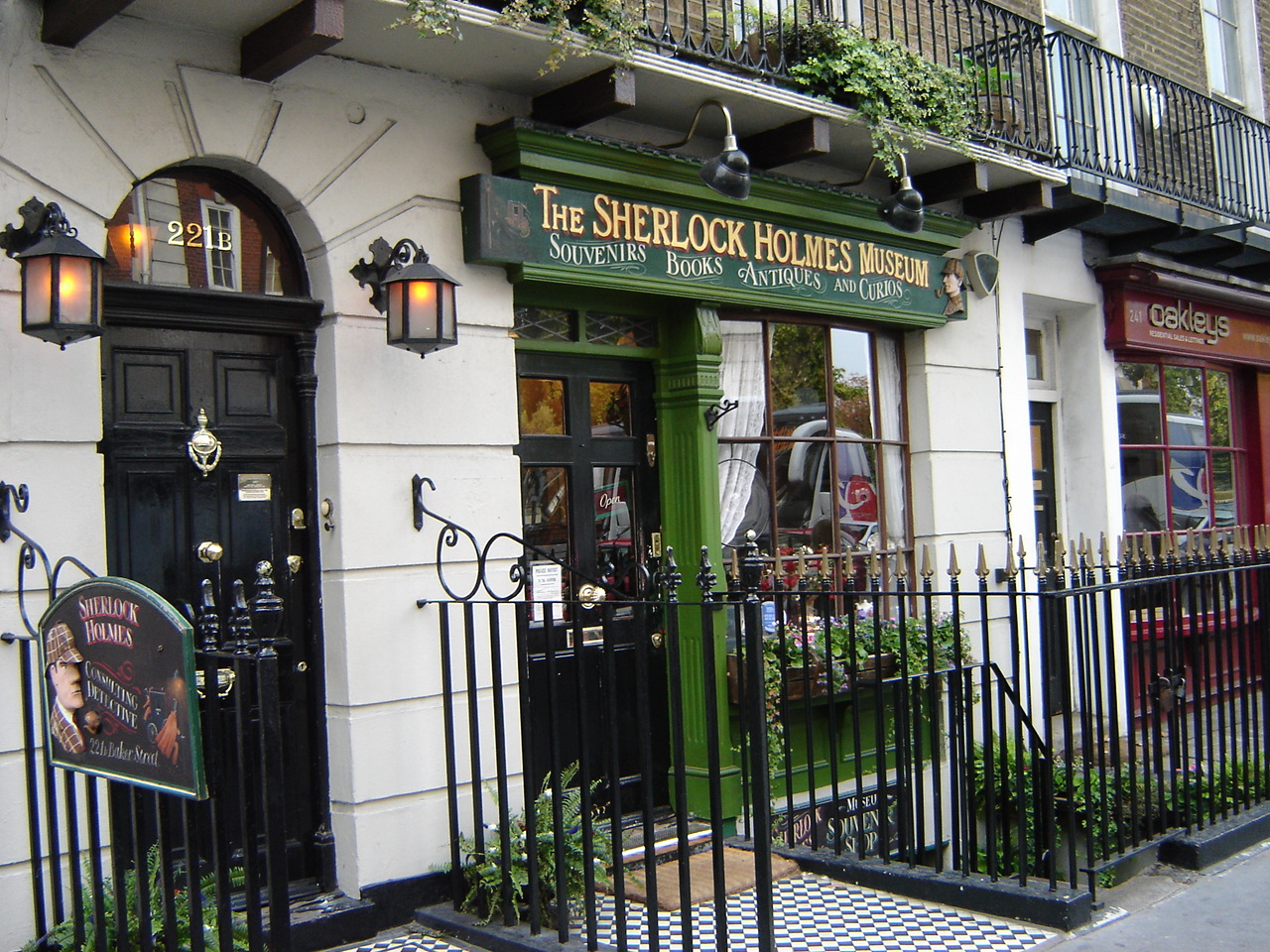 Once a part of the grand British Museum, the British Library now has its own building a short walk away from King’s Cross Station. The library is a great place to spend an hour or two, wandering permanent exhibits such as the Philatelic Exhibit, where some of the world’s rarest stamps are housed, and the Treasures of the British Library, a room full of rare artifacts. This collection of the written word includes several manuscripts by beloved authors, a Guttenberg Bible, the personal correspondence of Henry VIII and scribbling on the back of a child’s birthday card that would become a lyrical masterpiece by John Lennon. The library also hosts fascinating temporary exhibits; in the past, they offered an in-depth look at the evolution of Gothic literature, from 18th century scary stories to classic horror films. Check out www.bl.uk to see what the library is presenting now.

This site marks a bloody aspect of Scotland’s history – here, the final battle of the Jacobite Uprising of 1746 was fought. The slaughter of the 1200 Scotsmen who died here meant the end of the great Scottish clans. Today, a visitor center has been constructed, with tour guides dressed as people involved in the battle and audio tours for people who wish to see the battlefield at their own pace. Culloden is an intriguing destination for any history buff, but it’s also a hotspot for fans of the Outlander series – Diana Gabaldon’s novel Dragonfly in Amber revolves around the fallout of the battle. Many fans will enjoy exploring this setting of the series, but those who wish to dig deeper may also visit the nearby Castle Leod, the ancestral home of Clan Mackenzie which allegedly served as Gabaldon’s inspiration for Castle Leoch. 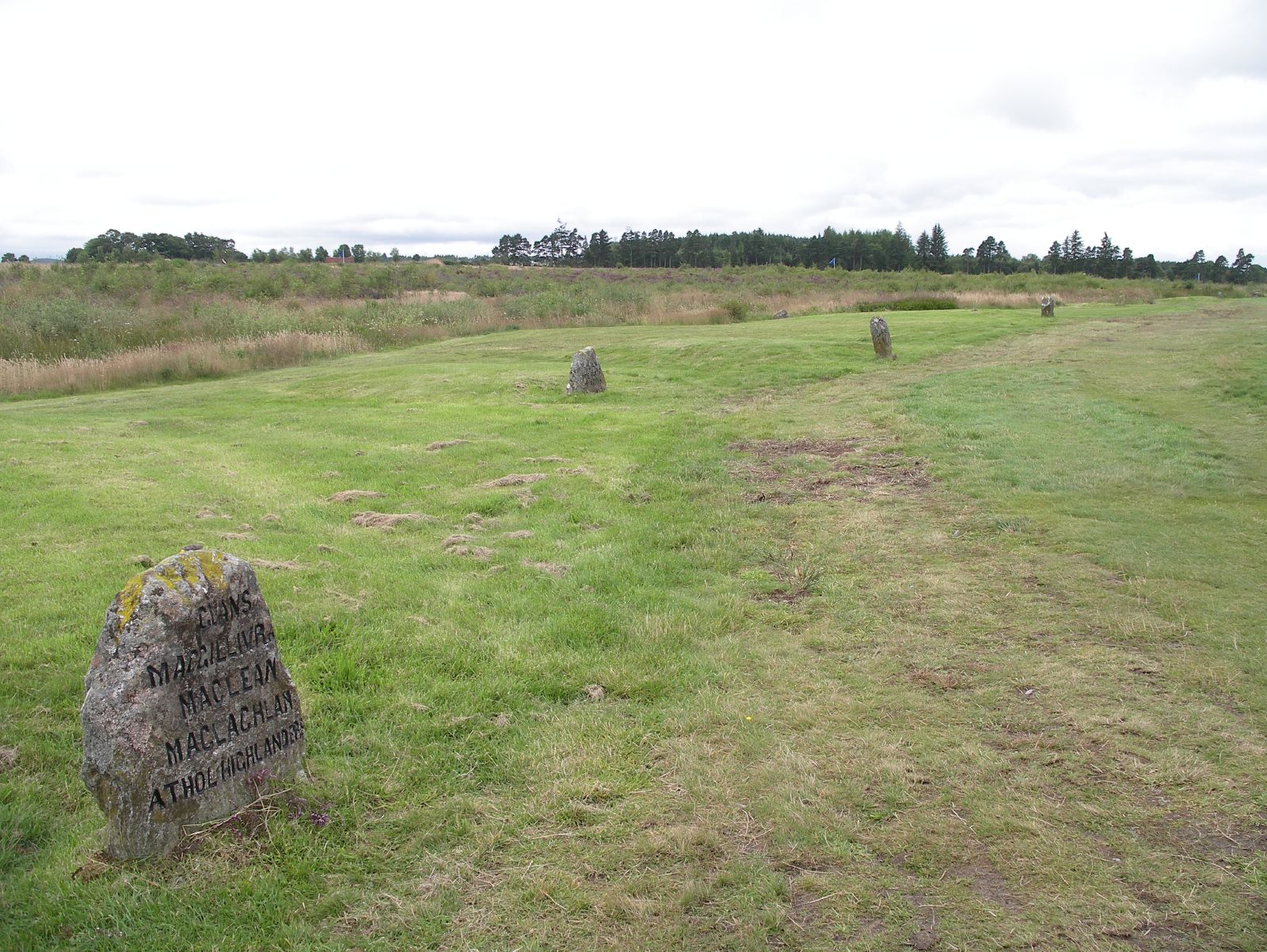 From exploring the Doctor Who Experience in Cardiff to seeking out Clan Fraser in Scotland, the United Kingdom provides plenty of interesting activities for nerds around the world. Do you know of any other fun sites that are worth checking out? Let us know in the comments!