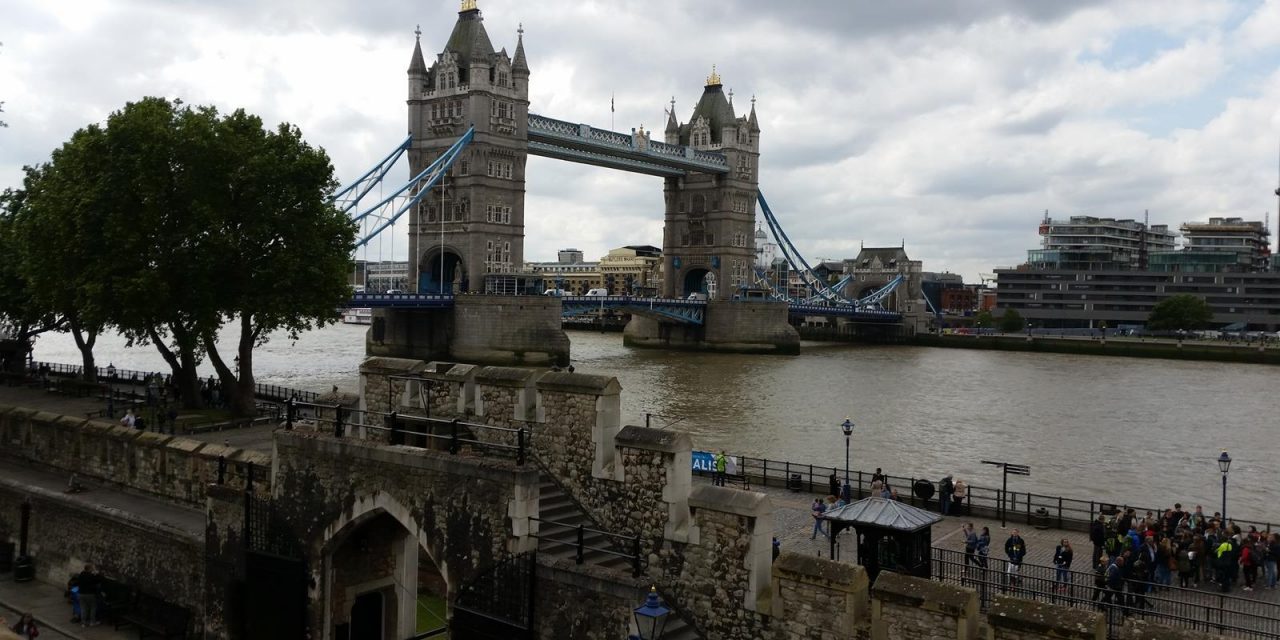 An extremely popular destination all year round for groups, London truly has something for everyone. 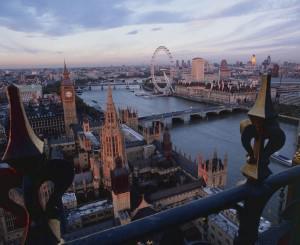 Britain is the home of Shakespeare, the Loch Ness Monster, Prince William, The Beatles, Stella McCartney, James Bond, Harry Potter, Wimbledon and of course, the London 2012 Olympic and Paralympic Games. With some of the best theater in the world, most of the museums and art galleries are free and they’ve got a culinary offering to rival any other country in the world. It’s this mix of old and new, classic and contemporary, that keeps things fresh in Britain and keeps travelers coming back.

The Globus family of brands offers more ways to experience London on a variety of pre-formed to custom-designed itineraries. They reveal the most sought-after sights as well as the hidden gems along the way, offering flexibility, choice, and a pace that best fits the way your group wants to travel. 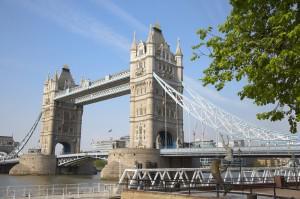 London is full of iconic attractions that immediately conjure up an image of the capital.

The Thames Barrier, opened in 1984, is a rather futuristic structure that protects the city from flooding. Guided tours include the information center’s exhibits and a walk out on to the riverfront to see the barrier close up.

A visit to the Tower Bridge Exhibition inside Tower Bridge includes viewing the Victorian engine rooms, along with excellent photo opportunities from the high walkways spanning the Thames. Groups can book private evening tours and behind-the-scenes visits.

Also offering great views, the dome at St. Paul’s Cathedral is 500 steps up but worth it for the unique perspective of the city. Visitors to this London landmark will also be able to see the famous Whispering Gallery, where whispers at one end can clearly be heard at the other.

On the opposite side of the river, Merlin Entertainments’ London Eye has been one of the most popular attractions since opening in 2000. The giant Ferris wheel has 32 capsules that continuously move and provide spectacular views over London. Groups can opt to hire out their own private capsule, with or without a guide. Each capsule holds a maximum of 25. 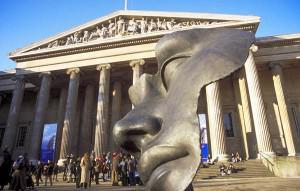 Home to the Crown Jewels, the Tower of London is one of the most famous symbols of London. The well-preserved medieval fortress was built by William the Conqueror in 1066 as a watchtower. It was used as a prison and saw several executions and murders, including that of Anne Boleyn.

The State Rooms at Buckingham Palace are open to the public for a few weeks during August and September. Private evening tours are available for groups, with extra dates in January, March and April while the Queen is away.

Tours of the Houses of Parliament can also be taken and need to be booked in advance. These are available on Saturdays and Sundays all year round and every day during the summer recess (usually between August and September).

Nearby is the site of almost all royal burials over the last 500 years, the magnificent Westminster Abbey. The wedding of Prince William and Kate Middleton will take place there on April 29.

Where the Wild Things Are

Although wildlife is not something your group might associate with London, there are plenty of havens to spot animal and plant life. In Regent’s Park, the London Zoo is home to almost 750 different animal species, including penguins, meerkats, lions, giraffes, tigers, gorillas, komodo dragons and moon jellyfish. Sea Life London Aquarium, set within County Hall next to the London Eye, hosts one of the largest collections of marine life in Europe, including 11 different shark species.

The Natural History Museum in South Kensington includes the popular dinosaur gallery, which allows you to come face to face with a T-Rex, a life-sized reproduction of a blue whale and the new Darwin Centre Cocoon, which focuses on the process of evolution.

On the outskirts of the city, the beautifully landscaped Kew Gardens features 33,000 different plant species as well as the Pagoda and Queen Charlotte’s Cottage.

Out of the Ordinary Attractions for Groups

London has many attractions that don’t fit a particular mold or have a quirky or gruesome air about them.

Not for the faint-hearted, the London Dungeon near London Bridge features exhibits on torture and the macabre, along with two rides – Extremis: Drop Ride to Doom and Traitor: Boat Ride to Hell. Live actors also roam around, providing theater and jumping out of the shadows at people. Combined tickets for other Merlin attractions (including the London Eye, Sea Life London Aquarium and Madame Tussauds) are available.

Just across the road, in the vaults deep beneath London Bridge, the London Bridge Experience combines drama with history as a variety of actors bring the past to life, including the Black Death, the Vikings and the Great Fire. All tickets include entry to the London Tombs (the more intense part of the tour, which can be skipped by members in the party who prefer not to do this).

If you don’t find the London Bridge Experience scary enough on its own, you could always join up with Haunted Happenings, which can arrange private ghost hunting tours overnight in the venue (for a minimum of 20 people).

Also nearby are the IWM’s Churchill Museum and Cabinet War Rooms, where Winston Churchill ran operations during World War II. The rooms have been left more or less untouched since the doors were closed for the last time the day after VJ Day in 1945.

For a particularly quirky option, the museum of the London College of Surgeons, the Hunterian Museum in Holborn, collects medical specimens and oddities.

Britain is always on the cutting edge of cool. From the Burlesque Revival to the modern reincarnation of supper club.
The London Symphony Orchestra gives groups of 10 or more a discount as well as other benefits, including a free talk before the performance and free tea and coffee. Concerts in 2011 include “Tchaikovsky’s Symphony No 1,” “Ivan the Terrible” and “A Midsummer Night’s Dream.”

London is also home to the Royal Philharmonic Orchestra, which is based at Cadogan Hall. They play a series of concerts throughout the year, not just at their home venue, but also at the likes of the Royal Albert Hall and Royal Festival Hall. Concerts planned for 2011 include “Tchaikovsky” and “Film Music” galas. 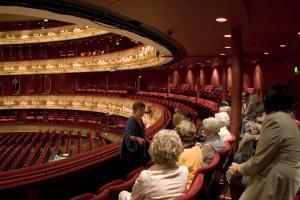 Private tours are available at the Royal Opera House

During the evenings, the Royal Opera House is the venue for world-class productions from the Royal Opera and Royal Ballet. Concerts in 2011 include “Hansel and Gretel,” “Giselle” and “Swan Lake.” In the day, backstage tours are available.

If you’re worried you’ll end up all dressed up with nowhere to go in the evenings, the Party Bus might be an option. Various packages are available – taking in dinner, comedy and nightspots – with travel between them all on a specially decked out red bus.

London always has a first-class range of West End shows to choose from. Popular musicals at present include Dirty Dancing, We Will Rock You, Priscilla: Queen of the Desert and Wicked, with new musicals The Wizard of Oz and Shrek scheduled to open in March and May 2011, respectively.

Britain Sampler, Globus’ most popular Britain vacation, offers you the best of this great land. Guided sightseeing shows you all the famous landmarks in London: Parliament, Big Ben, Westminster Abbey, Buckingham Palace, and visits to St. Paul’s Cathedral and the Changing of the Guard, if held. Head southwest to admire the breathtaking gardens at Henry VIII’s Hampton Court Palace, then venture on to prehistoric Stonehenge, the Roman excavations of Bath, the Cotswolds village of Stow, Shakespeare’s birthplace in Stratford-upon-Avon, and picturesque Llangollen in North Wales. Travel north through the Lake District, pausing in Wordsworth’s Grasmere and Gretna Green before arriving in Edinburgh, Scotland’s capital. Admire the Crown Jewels at Edinburgh Castle, Holyrood Palace, and Sir Walter Scott’s Abbotsford House. In medieval York, enjoy a walking tour that features York Minster and the narrow Shambles. Return to London by way of the market town of Stamford and the university city of Cambridge.

VisitBritain is the national tourism agency, responsible for promoting tourism to Britain worldwide. Working in partnership with Visit London, Visit England, Visit Scotland, Visit Wales and hundreds of other travel organizations in Britain and North America.  Globus is a key partner for your group planning needs. Tap into their expertise.

For further details on Globus pre-formed or custom itineraries visit the Globus family of brands website, or request a call from your Group Business Development Manager by completing the form below or by calling 866-821-2752.

For further information on group travel opportunities, e-mail VisitBritain at traveltradeinfo@visitbritain.org or log on to www.visitbritain.com/trade.