An enchanting slice of Holland awaits Illinois tour groups in a small Mississippi River town in the Northwest part of the state. Located between Galena and the Quad Cities, Fulton (pop. 3,900) offers a variety of historical and cultural treasures, some with a Dutch touch. 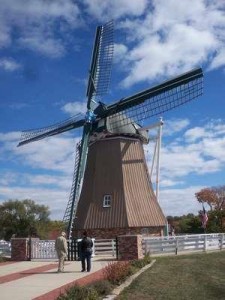 Fulton’s most prominent landmark is an authentic Dutch windmill, one of about a dozen in the United States. Towering high above the mighty Mississippi, de Immigrant Windmill sits atop a berm on the flood control dike. Fully operational, it grinds wheat, corn, rye, buckwheat and flax. Volunteer millers provide group tours.

Sacks of stone-ground flour from de Immigrant are sold across the street in the gift shop of the Windmill Cultural Center, a one-of-a-kind museum with scale models of windmills representing styles unique to Germany, Greece, Ireland and other European countries. The models, up to six feet tall, were designed and donated by Henk and June Hielema, of DeMotte, Ind. Henk is a Netherlands native who, at age 91, still makes them in his basement. Group tours of de Immigrant Windmill and Windmill Cultural Center (which opened in 2010) are available. Admission to both is free, but donations are welcome.

Fulton’s Dutch heritage dates from 1856, when the first Dutch settler, Thomas Smith, arrived. Initially, the Dutch came mainly from Chicago and Michigan, then directly from the Netherlands, mostly from northern provinces. Dutch immigration peaked in the late 1800s.

Fulton celebrates its Dutch roots during Dutch Days the first weekend in May. Festivities include dancers in the streets, a parade, arts and crafts booths, and stage entertainment. 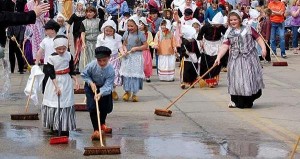 The town has no Dutch restaurants, but for groups the Fulton folks can arrange a Dutch dinner featuring spiced beef, cabbage, pea soup and potato dishes delivered by costumed servers.

The historical society spotlights the town’s connections to an Illinois-born U.S. president through old photos and other ancestral memorabilia in the Reagan History Room of the Martin House Museum. A tour of the 1855 brick home, the society’s headquarters, reveals that ancestors of Ronald “Dutch” Reagan came from Fulton. His parents, Jack and Nellie Reagan, were born in Fulton in 1883 and married there in 1904.

A walking tour brochure pinpoints 11 places in town with Reagan ties, including two cemeteries, the house where Reagan’s parents lived, and stores where his parents and aunts worked. One building on Fourth Street is the former Johnson’s Confectionery, where young Ronald was a frequent jelly bean customer during Jack and Nellie’s frequent trips to visit Fulton relatives.

The nickname “Dutch” stuck with Reagan for years after his father’s oft-quoted words upon the birth of his son: “For such a little bit of a fat Dutchman, he makes a lot of noise, doesn’t he?” (The future president was born in 1911 in Tampico, Ill.) 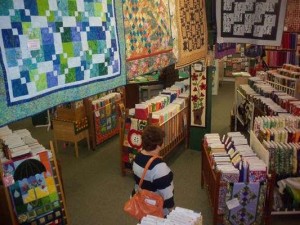 A short drive north on Fourth Street leads to Heritage Canyon, a re-created 1800s village built inside an old limestone quarry. A self-guided tour, along wooded canyon trails and across a rope bridge and covered bridge, reveals a collection of antiques housed in vintage-style buildings constructed by the Wierenga family, who lived in a modern home on the site for more than 30 years. Visitors can peek into a one-room schoolhouse, a general store, blacksmith shop/wagon works, log cabin and outhouse. An 1860 house transplanted from the Garden Plain area and the summer kitchen next door are the only two original buildings. The idyllic, white-steepled church hosts small weddings, with seating for 25. 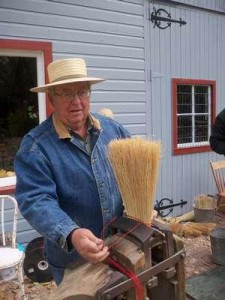 In buildings at Heritage Canyon, visitors will see everything from a printing press and a hearse carriage to items from doctor’s and dentist’s offices. Because the buildings are usually closed, the displays have to be seen through the windows. So, the best times to visit Heritage Canyon are during the Dutch Days Festival, Fall Festival (first weekend in October) and Christmas Walk, when crafters are on hand to sell their wares and demonstrate pioneer skills, and historical interpreters in the buildings shed light on olden days. Heritage Canyon has been a city park since 2005.

Three miles north of Fulton is Lock & Dam 13, where visitors from March to mid-December can see barges and boats locking through at the widest point on the Upper Mississippi. Group tours given by Thomson park rangers may be arranged. The dam is a magnet for birdwatchers, especially during bald eagle season (November through March).

America’s first cross-country road, the Lincoln Highway, went through Fulton, and this year the town, along with many others across the land, is observing the Lincoln Highway Centennial, the basis of its 2013 tourism theme. Visitors can learn about the road at two downtown sites—the Lincoln Highway informational gazebo and Lincoln Highway interpretive mural. The Martin House Museum also spotlights the highway’s hisitory and has one of the original mile marker pillars.

Finding a Fulton restaurant large enough for motorcoach groups is a challenge, but Heather Bennett, the town’s tourism director, says Manny’s Too can provide a pizza or Mexican buffet in one of its party rooms on certain days. The Fulton Meat Market can do sack sandwich lunches for groups. She notes that there are larger eateries across the river in Clinton, Iowa. Among Clinton’s attractions are a casino, showboat theater, minor league baseball and an arboretum.

For tourist information, contact the Fulton Chamber of Commerce, 815-589-4545; www.cityoffulton.us.