6 Great Train Trips from Around the World 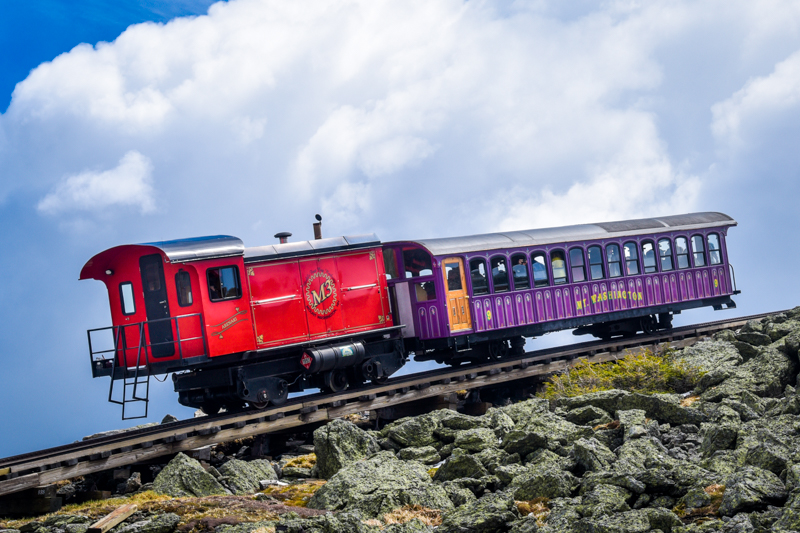 On these bucket-list journeys, it’s as much about the transportation as the destination

Gourmet meals…doting service… postcard scenery worth writing home about. Thanks to private luxury trains, coddled travelers today can relive the golden age of rail travel on multi-day trips in far-flung corners of the world—from Russia’s Far East to the southern tip of Africa.

Here are six train adventures that can be incorporated into an itinerary—or constitute the entire trip. All qualify for bragging rights.

As the natural wonders of British Columbia and Alberta unfold outside the oversized windows, passengers take it all in from the plush reclining seats of this luxury tourist train. Each of the glass-domed cars boasts an outdoor viewing area as well.

On all three routes between Vancouver and the Canadian Rockies vacation magnets of Banff, Lake Louise and Jasper, guests track the ever-changing landscapes of geological eye-poppers, mighty waterfalls and turquoise, glacier-fed lakes as the Rocky Mountaineer weaves alongside steep canyons and through lush forests. The train travels only during the day, and there are no sleeper cars. The two-day trip includes a hotel night in Kamloops. 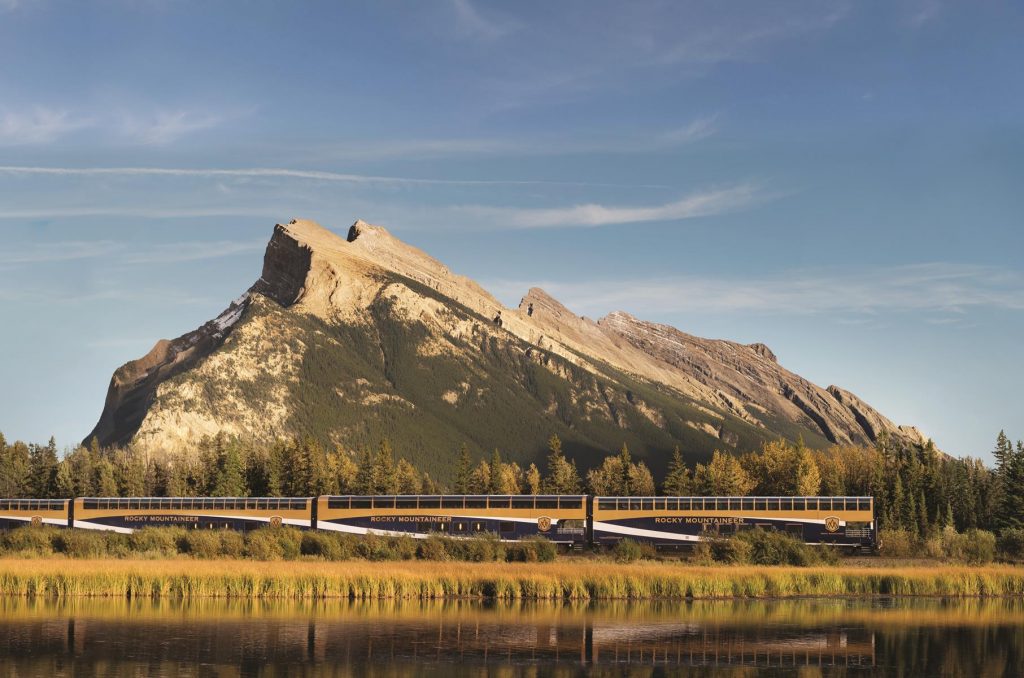 Passengers have a choice of starting in Vancouver or in Jasper, Banff or Lake Louise. Packages that combine the rail journey with sightseeing and several hotel nights in the Rockies are available. Operating between April and October, the train is a popular extension to an Alaska cruise.

The Rocky Mountaineer offers two levels of service. GoldLeaf Service uses bi-level cars, and meals are served in a lower-level dining room. Passengers eat at their seats in the single-level SilverLeaf Service coaches. Both options include complimentary beverages and snacks. (rockymountaineer.com)

Be pampered by turban-wearing attendants as you travel in regal splendor through India’s Rajasthan region, a land dotted with the palatial estates of maharajas. Seven-night roundtrips from New Delhi aboard the luxurious Palace on Wheels visit Rajasthani cities like Jaipur, Jodhpur and Udaipur. Also included is Agra, home of the Taj Mahal. The train moves by night, and every morning you wake up to a new destination.

Each of the 14 train coaches, named for a princely estate, has four twin-bedded chambers accented with ethnic Rajasthani decor. Cabins feature baths with hot and cold running water, wall-to-wall carpeting and a large window. Guests can socialize or enjoy a cup of tea in the lounge on each coach. The two restaurant cars serve Indian, Continental and Chinese cuisine; each has a lounge and bar. Sightseeing excursions feature royal palaces, historic forts, gardens and museums. At most stops there is free time for shopping.

A tour from the city of Sawai Modhopur goes to Ranthambore National Park, a wildlife sanctuary famous for its tigers. The week-long adventures leave New Delhi every Wednesday night from September to April. The train is a joint venture between the Rasjasthan Tourism Development Corporation and Indian Railways. (http://rtdc.tourism.rajasthan.gov.in)

An icon in South Africa for more than 70 years, the Blue Train provides an indulgent experience on a three-day/two-night trip between Cape Town and Pretoria. The 27-hour journey covers 994 miles.

Africa’s leading luxury train, consisting of 14 to 19 carriages, provides a window onto landscapes that range from farmlands and vineyards to rugged mountains, semiarid deserts, and gold- and diamond-mining operations. On the second day, passengers get off the train in Kimberley for an excursion to the Big Hole (one of the deepest excavated cavities on earth) and adjacent Kimberley Mine Museum, which documents the country’s first-ever discovery of diamond reserves.

Dinner in the Blue Train’s dining car is an elegant, coat-and-tie affair, while the lounge car is the place for high tea and snacks. Cuban cigars are available in the club car lounge, the only place where smoking is permitted. At the rear of the train, the observation car features windows on three sides.

Each cabin on the Blue Train has a marble-decorated bath with shower or tub and gold-plated fittings. A lounge area by day, the cabin is converted into a bedroom at night. The Blue Train is owned by Transnet, a state-owned company. (bluetrain.co.za)

Europe’s most storied train, featured in movies and novels aplenty, whisks passengers on a journey that reflects the glamor and opulence of the golden age of travel. Vintage carriages from the 1920s and ’30s, exquisitely restored to their Art Deco splendor, gleam with polished woods, sumptuous upholstery and antique fixtures. Fine dining is on the menu in three elegant restaurants, and a pianist serenades on a baby grand in the bar car.

The classic one-night trip from London or Paris to Venice on this private luxury train covers a broad swath of Europe, including idyllic French countryside and fairy-tale Swiss valleys. Other routes from London or Paris visit Berlin, Vienna, Budapest and Prague; rail/hotel packages are available. The train operates from March to November.

Twin cabins, rich in Art Deco craftsmanship, are furnished with plush sofas in a daytime sitting area that is transformed into upper and lower berths at night. Each cabin has a washbasin, and there is a WC at the end of each sleeping car. Accommodations also include single cabins and fancy suites.

The Venice-Simplon Orient Express is owned by Belmond Ltd., a London-based company that operates hotels, restaurants, tourist trains and river cruises in Europe and beyond. Belmond also owns the Eastern & Oriental Express, which makes two- and three-night trips between Bangkok and Singapore. (belmond.com)

Passengers aboard this luxury train, owned by the same London-based company as the Venice-Simplon Orient Express, indulge in fine food and accommodations while traveling through the Scottish Highlands on two- to seven-night journeys from Edinburgh. From windows and the open-air veranda, they drink in panoramas of glens and lochs, soaring peaks and deep valleys, quaint villages and hilltop castles. Edwardian country-house ambiance and decor prevail. 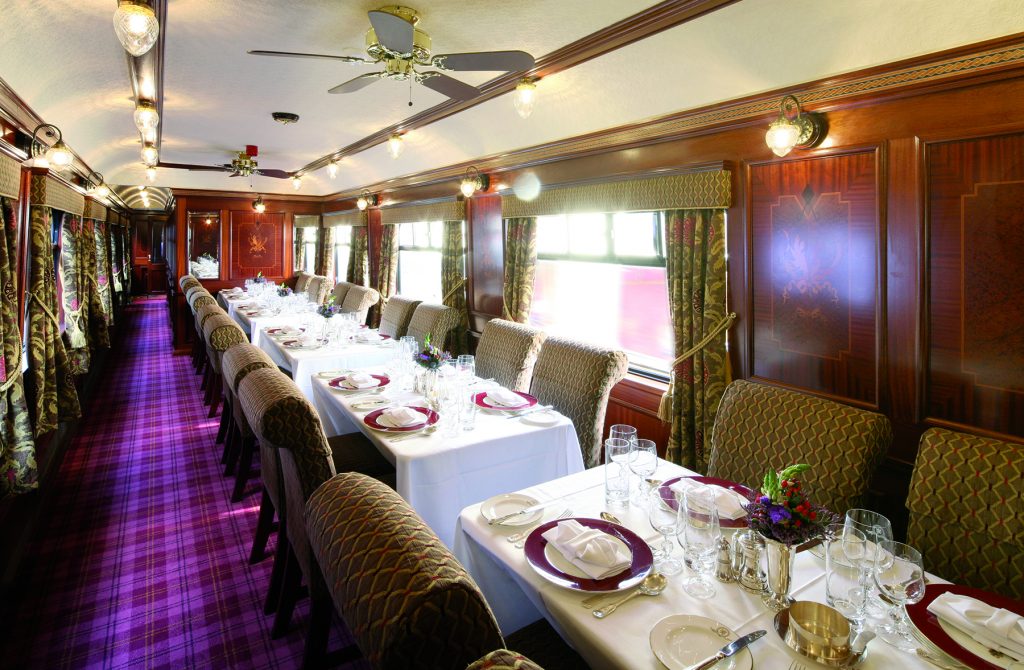 Cabins lined with rich marquetry feature plush beds fitted with Scottish woolens and tartans, a bathroom with shower, windows that open, ceiling fans and heating controls. There are two elegant, mahogany-paneled dining cars and a bar car. Candlelit dinners feature wild salmon and seasonal seafood from Scottish waters, game from Scotland’s forests and produce from Scottish farms. One of the 10 carriages has a spa with two treatment rooms. A wide variety of itineraries are available between mid-May and late September. Towns visited might include Dundee, St. Andrews, Inverness and Fort William, to name a few. Excursions range from castles and museums to tours and tastings at Scotland’s famous whisky distilleries. A Loch Ness cruise gives passengers a chance to spot the Loch Ness Monster. Other outings might be star-gazing with an astronomer, a truffle-making class with a chocolatier or a falconry demonstration. Golf, fishing and clay pigeon shooting can be arranged at famed Gleneagles resort. An option in St. Andrews, the home of golf, is the British Golf Museum. (belmond.com)

Offering an epic ride across Russia, the longest railroad line in the world spans 5,772 miles and seven time zones. On the trip between east and west, the train passes over the Urals, weaves through taiga forests, speeds across seemingly endless steppes and travels alongside Siberia’s Lake Baikal, the world’s deepest freshwater lake.

The public train takes eight days to complete the journey between Moscow and Vladivostok on the Pacific Coast in Russia’s Far East. But many tourists opt for a private luxury train on the Trans-Siberian route, going with a North American tour operator’s two- or three-week package that includes off-rail excursions along the way and hotel stays before and after.

Seattle-based MIR Corporation, for example, offers tours (nine to 15 days) between Moscow and Vladivostok or Ulaanbattar, Mongolia, on the posh Golden Eagle. Road Scholar has a 19-day program from Beijing to Moscow aboard the Tsar’s Gold Train, with visits to cities such as Novosibirsk (Siberia’s largest), Irkutsk and Kazan (on the Volga River), plus Ulaanbattar. (mircorp.com, roadscholar.org)