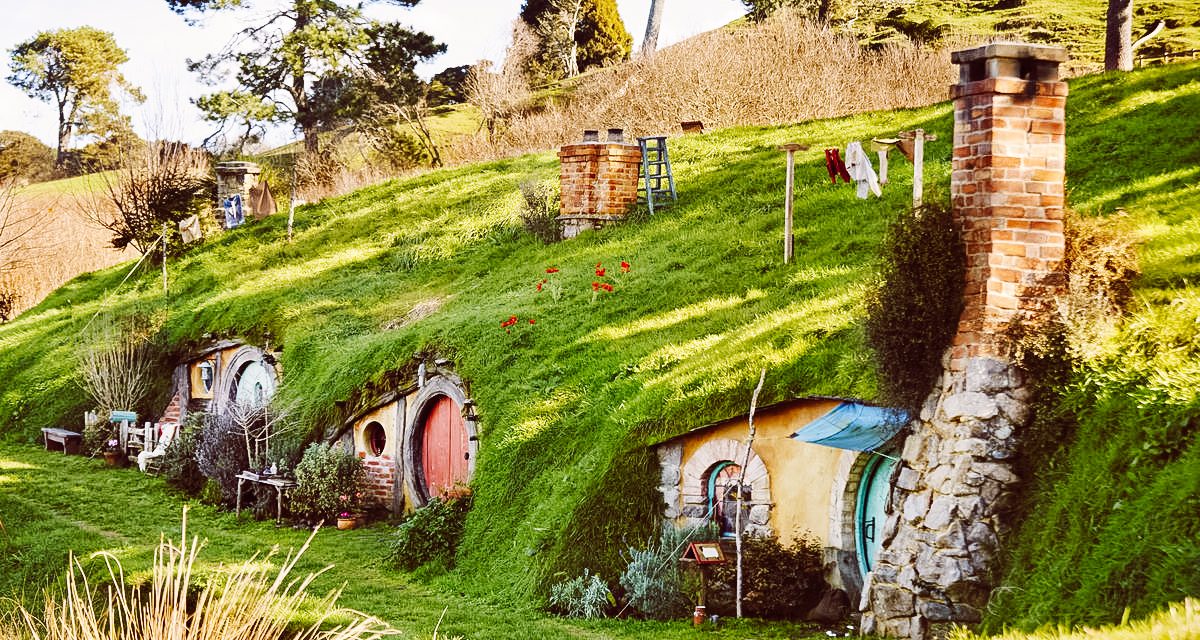 Blockbuster movie experiences offer fans a backstage pass into the making of their favorite films. Places all over the world have joined in on the phenomenon, providing trips to filming locations, studio tours and opening theme parks, allowing the illusion of cinema to take a step into the real world.

Paramount Pictures and Warner Bros. Studios in Los Angeles are home to countless cinema classics that undoubtedly come with a great deal of blockbuster history. Successes such as Titanic, Breakfast at Tiffany’s, Forrest Gump and many others were filmed on the grounds of Paramount Pictures. Casablanca, The Music Man and Funny Girl are just a few notable films that have called Warner Bros. Studios home. Although recycled sets have replaced the original ones from classic films, the history is hidden beneath layers of paint waiting to be discovered by eager movie buffs. Within each studio, tour guides take groups through sound stages, backlots, prop departments and sets where various films were shot. At Paramount Pictures notable sights on the tour include the famous bench in Forrest Gump and the New York City backlot utilized in many television shows and movie classics. Warner Bros. features Batman artifacts, the DC Universe which pays homage to the origins of the DC comics and superheroes, and an opportunity for visitors to gain insight into the script-to-screen process. 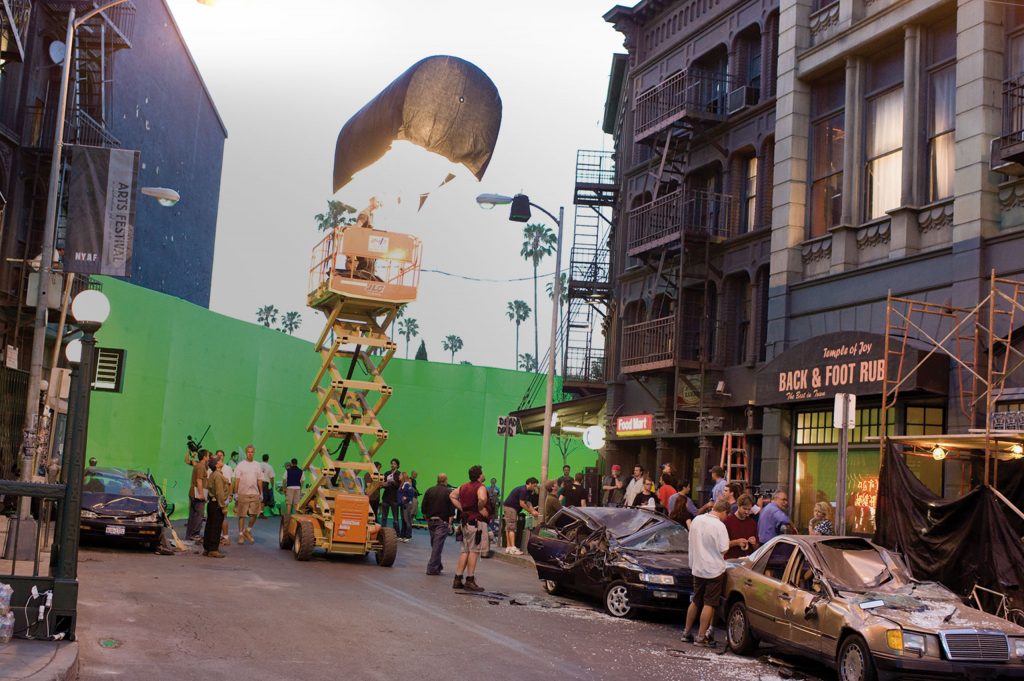 Lord of the Rings, New Zealand

Wellington, New Zealand is surrounded by The Lord of the Rings filming locations. With the help of tour companies, fans have a one-of-a-kind opportunity to follow in the footsteps of Frodo on his quest to destroy the One Ring. Visiting up to 25 filming locations of Lord of the Rings movies, Wellington Tours provides a day-long adventure filled with movie-related experiences. On an excursion from destinations like Minas Tirith, Rivendell, Helms Deep and the Gardens of Isengard to the Weta Cave (where fans can see props used in the trilogy), the adventure shows off the beauty of New Zealand and Lord of the Rings. If a day trip is not enough to quench your thirst for fantasy, longer tours (6-14 days) offer a movie making pilgrimage to Mordor and numerous other movie landmarks. Whether you’re a light-hearted fan or a full-fledged Tolkien, New Zealand’s offers Lord of the Rings tours ready to fulfill any hunger for a journey into Middle Earth. 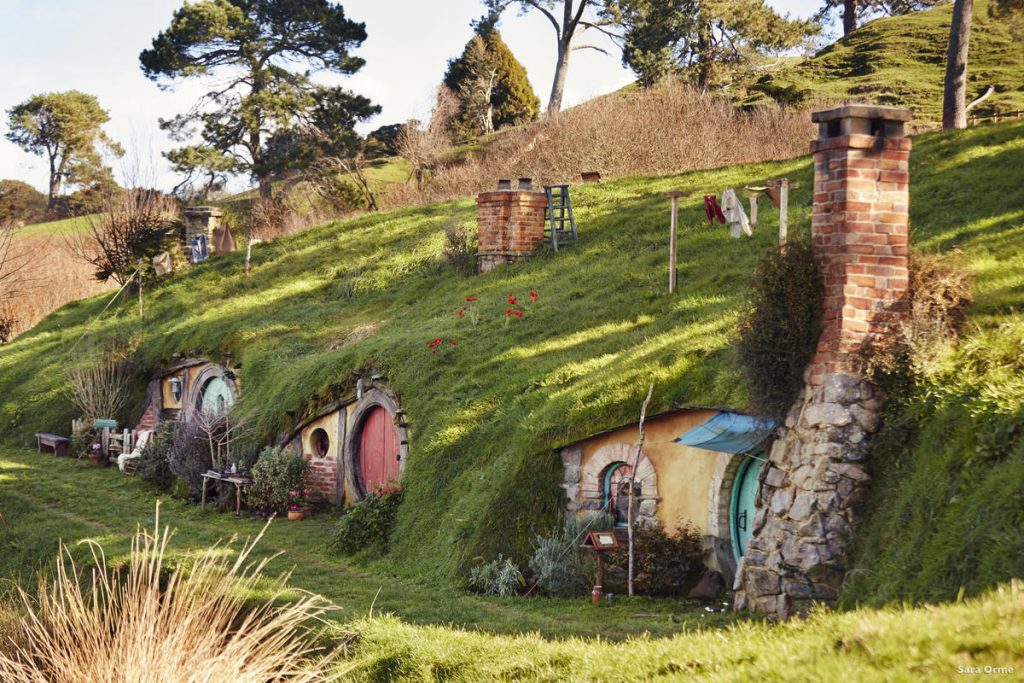 Emma Watson, Daniel Radcliffe and Rupert Grint greet you with a smile as the theater goes silent, each guest hanging onto every word. After a short description of the tour and welcome statement, the screen once holding their faces to roll towards the ceiling, unveiling the golden doors of Hogwart’s Great Hall. From novels to movies to theme parks, Harry Potter has slowly nudged its way into the hearts of many, wielding a higher demand for magic—and Hogwarts acceptance letters—than ever. Fortunately, Harry Potter Studios has opened its doors to muggles of all kinds. Beyond the ordinary doors to the dull warehouse lies a world sure to leave visitors feeling awestruck and amazed—a world sure to bring the magic of Hogwarts to life. A ticket into Warner Bros. Studios of London provides an all-access pass into the making of the magic. The theme song follows visitors through every corridor, leading them from the great hall into a warehouse filled with props, sets and costumes from all of the films. From the Gryffindor common room, the Mirror of Erised and Dumbledore’s office to the Ministry of Magic, Weasley home and the Death Eaters dining table, there certainly is not a lack of Harry Potter artifacts. Beyond the warehouse lies Platform 9¾, the Hogwarts Express, a backlot complete with Privet Drive and the Knight Bus and a café where eager guests have the opportunity to indulge in trolley sweets and Butterbeer. Following the intricate sets and props is a studio dedicated to the making of the magical creatures, Diagon Alley and the castle itself. The studio offers a gift store filled with Harry Potter souvenirs perfect for commemorating the experience. While Harry Potter tributes have scattered themselves across the globe, there is nothing quite like visiting the location the films call home.

Henry River Mill Village, North Carolina appears to be a beaten-up abandoned town to most passersby. However, to those who have found themselves residents of Panem through the pages of a book or movie screen, Henry River Mill Village is the filming location of Katniss Everdeen’s home: District 12. The Hunger Games Unofficial Fan Tour is led by passionate, experienced guides who take fans into the depths of District 12 and the tournament arena featured in the first film. Follow in the footsteps of your favorite characters, dress up as Katniss to reenact the moment she took her sisters place in the games and practice the whistle of the Mockingjay within the DuPont State Recreational Forest. Those who embark upon the Hunger Games tour have the opportunity to practice archery, learn to use special effects makeup that kept Peeta alive in the forest, eat lunches inspired by the story and partake in archery challenges. Choose between a three- or five-hour tour and make the most of your Hunger Games experience. Whatever way you and your group decide to experience the movie, may the odds be ever in your favor.

The Sound of Music, Austria

The hills are alive with the sound of music—in Salzburg, Austria. Salzburg is not only home to breathtaking views and a great deal of history, but the vacation destination is also the filming location of The Sound of Music. The beloved 1965 movie inspired by a true story has followers of all ages from across the globe. Boarding the Panorama Tours bus will take fans on a journey through time and into the lives of the Von Trapp family. The tour makes stops at destinations such as the filming locations of “Do-Re-Mi,” the gazebo where “Sixteen Going On Seventeen” was sung, the wedding chapel where Maria and Georg Von Trapp got married and the abbey where Fraulein Maria once lived. At each stop, guests can take in the views and all as many picture they desire. On a bus filled with fellow Sound of Music enthusiasts, groups of all sizes are able to share their love for the film together.