Museums and other sites in America’s heartland recognize women who made a difference. These eight great places certainly lend a sense of girl power

From show business celebrities to those who pioneered in fields as diverse as art, literature and aviation, some of the most accomplished women in American history are enshrined in historical attractions across the Midwest. Artifacts, videos, tours and hands-on activities help tell their stories.

Here are just a few of the many venues that honor women of accomplishment. All of these gems do group tours.

The first woman to fly across the Atlantic is remembered fondly in her hometown. On the bluffs of the Missouri River, the Victorian cottage where she was born in 1912 (and lived until 1921) displays photographs, newspaper clippings and some of the pioneer aviator’s belongings. 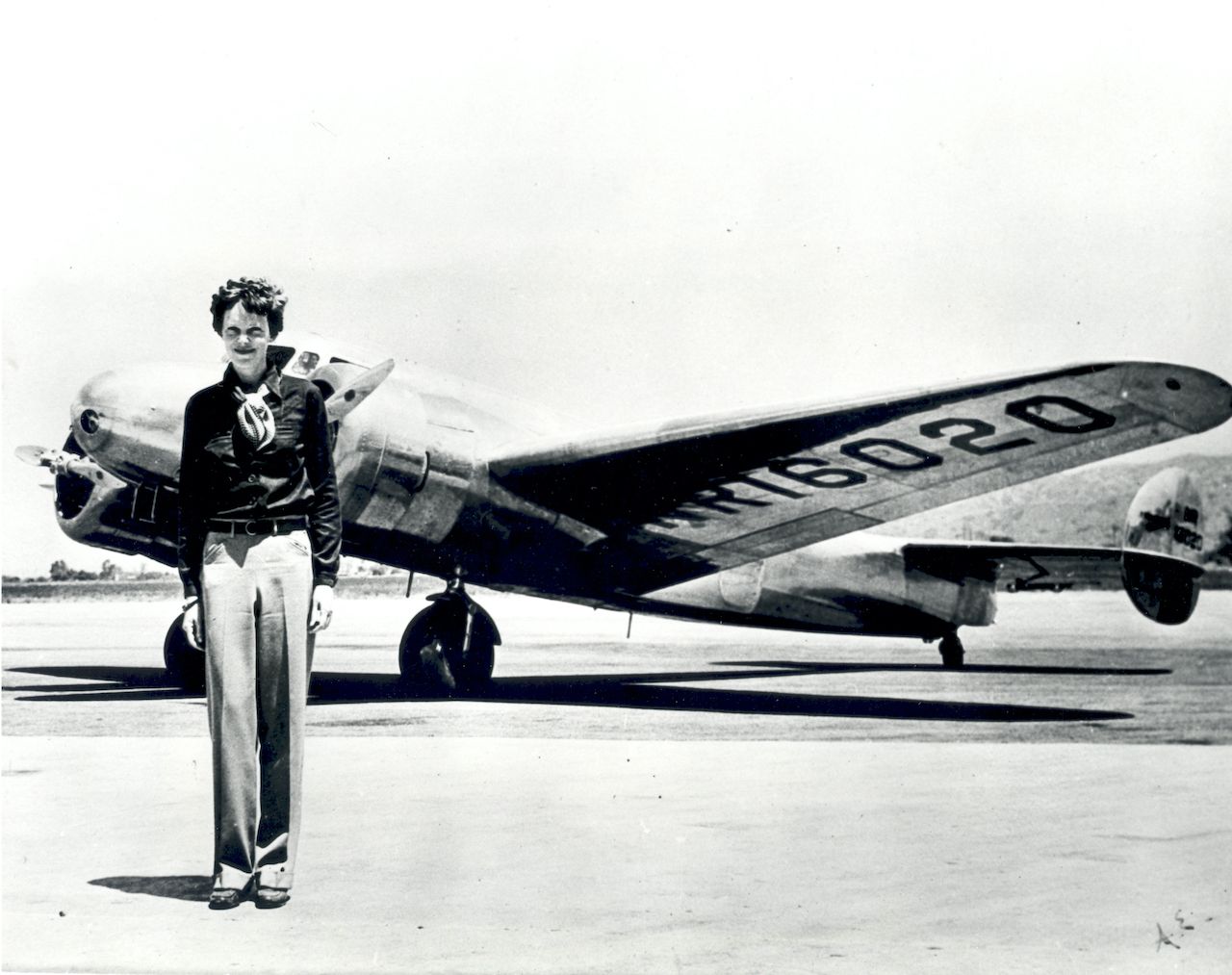 Amelia Earhart and the Lockwood Electric 10-E in which she disappeared in July 1937. (Photo credit: Amelia Earhart Hangar Museum)

The Amelia Earhart Hangar Museum is set to open in 2023 at the town’s Amelia Earhart Memorial Airport. High-tech exhibits will take visitors through her life, from growing up in Atchison to her worldwide fame as a flying ace and her fateful around-the-world voyage. On display will be the world’s last remaining Lockheed Electra 10-E, an aircraft identical to the one Earhart piloted on the flight where she went missing in the South Pacific in 1937. Visitors can pilot a virtual reality recreation of her 1932 trans-Atlantic flight.

Follow the Yellow Brick Road to northern Minnesota and the birthplace of a true Hollywood legend, a singer/actress most people remember as Kansas teenager Dorothy Gale in the 1939 film classic The Wizard of Oz.

The Judy Garland Museum this year is celebrating the 100th anniversary of the birth of a little girl who started life as Frances Ethel Gumm. The museum complex incorporates the white frame house where the future show business star grew up in the 1920s before her family moved to California.

Memorabilia includes movie posters, record albums, Judy Garland dolls, and personal items like evening gowns and a makeup kit, plus gifts given to Garland by Frank Sinatra and other stars. Also on display is the carriage—once owned by none other than Abraham Lincoln—that Dorothy, the Scarecrow, Tin Man and Cowardly Lion took to see the Wizard. There are replica red slippers and an original Dorothy test dress from The Wizard of Oz.

Garland appeared in more than 30 films, including Meet Me in St. Louis, Easter Parade and A Star is Born. She had a hit TV variety show in the 1960s and for two decades was a big draw on the concert and nightclub circuit.

De Smet, the “Little Town on the Prairie,” was the real setting for the Little House book series written by Laura Ingalls Wilder, who grew up there in the 1880s. On land that her family homesteaded, visitors to the Ingalls Homestead, an interactive pioneer heritage museum, can immerse themselves in the world of the famed author and take part in activities like driving a pony cart, making corncob dolls and attending a one-room schoolhouse session. They also can take wagon rides across the prairie, mingle with farm animals, and try their hand at hay twisting, rope making and wheat grinding. 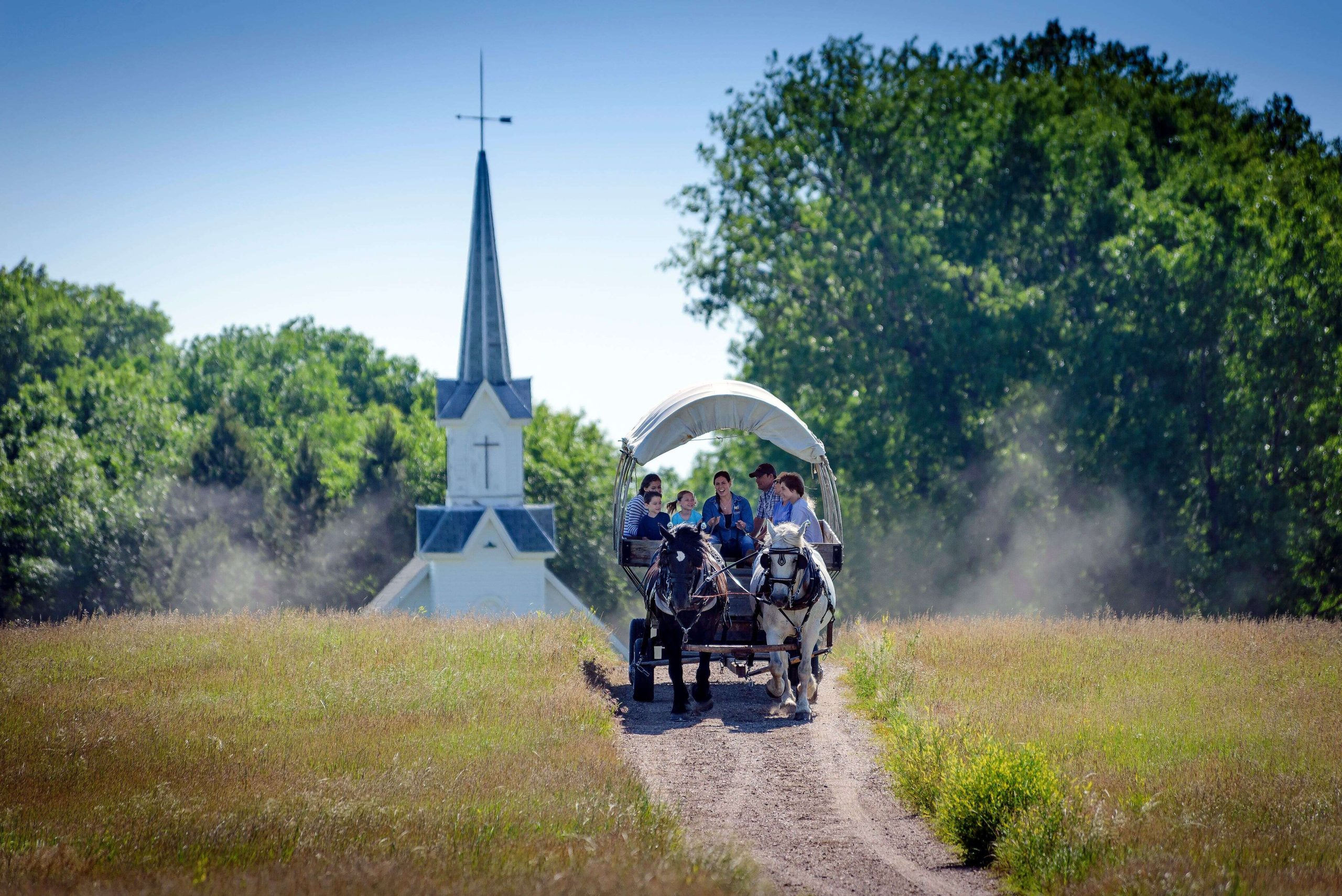 Also in De Smet, Laura Ingalls Wilder Historic Homes offers tours of the Ingalls family’s home and the school Laura attended. In the 1887 house, there are authentic Ingalls-Wilder artifacts and exhibits on Laura’s career and her Little House books.

Exhibits on the history of Hull-House, the famous settlement house founded by social reformer Jane Addams in 1889, tell the story of activists who worked to improve the lives of immigrants and other working-class folks who lived in tenements at the turn of the 20th century.

Located on the University of Illinois-Chicago campus, the museum is housed in two of the original 13 buildings still standing on the site of the settlement house, the city’s first. By 1911 Chicago had 35 such houses, whose well-educated, native-born residents reached out to serve the less fortunate. These centers offered public kitchens, child care, health care, various clubs and activities, and classes in music, art, citizenship and English.

Addams, a feminist and international peace advocate, was the first American woman to receive the Nobel Peace Prize. She wrote 11 books, penned numerous articles and gave speeches around the world. Addams lived at Hull-House until her death in 1935. Artifacts displayed in her bedroom include a dress, diary and a trunk with mementos from her travels.

Two National Park Service buildings, a block from each other on Market Avenue in downtown Canton, comprise the First Ladies National Historic Site, the only museum and library dedicated to the wives of U.S. presidents. Its Education Center, housed in an elegant former bank, has rotating exhibits on subjects ranging from social causes that first ladies have undertaken to gala inauguration festivities and the annual White House Easter Egg Roll.

Artifacts on display might include Helen Taft’s embroidered fan and heeled shoes worn by Julia Grant, Edith Roosevelt and Mamie Eisenhower. Currently on view in the main gallery is Nancy Reagan: An American Story. A Smithsonian film about the first ladies plays in the 80-seat theater. 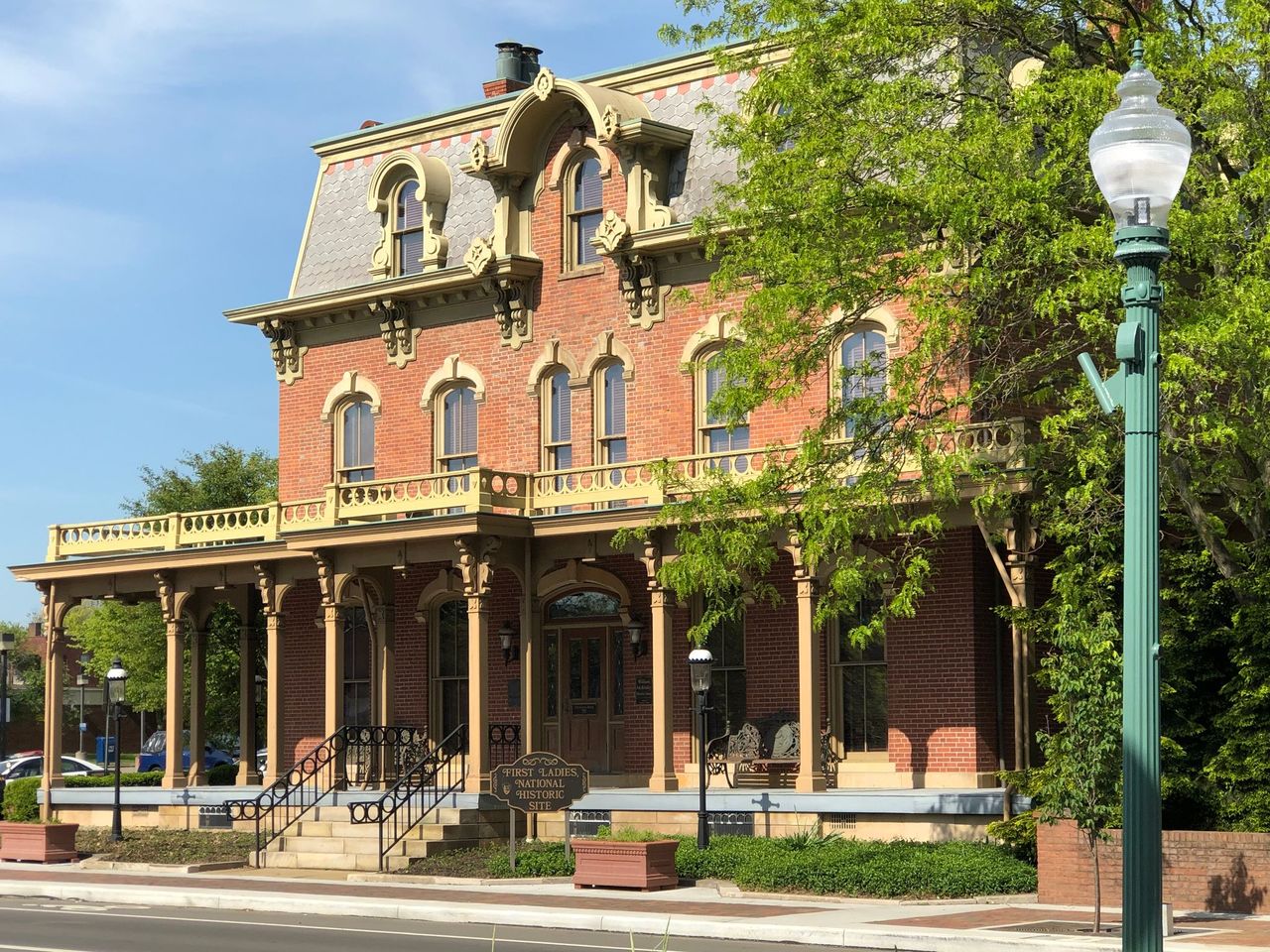 Down the block, park rangers give tours of the Saxton-McKinley House, the comfortable red-brick home where the wife of President William McKinley, the former Ida Saxton, grew up. She and William lived there during the years (1878-1891) he served in the U.S. Congress. Only a few of the antiques, like a music box, Ida’s piano and William’s pipe, were owned by the McKinleys, but all the furnishings are true to the period.

Isabel Bloom (1908-2001), a Davenport native, became known for her cast-concrete sculptures—sentimental and whimsical pieces that portrayed subjects ranging from gnomes and angels to children and animals. Skilled artisans in the Bloom studio continue to turn out these handcrafted keepsakes.

Bloom studied under the famous regionalist artist Grant Wood at the Stone City (Iowa) Art Colony during the summers of 1932 and 1933. She then took ceramics classes and bought a kiln for the studio she created in the basement of her Davenport home, starting out sculpting with clay before switching to concrete. In the 1950s Bloom hosted a children’s art program on local television. 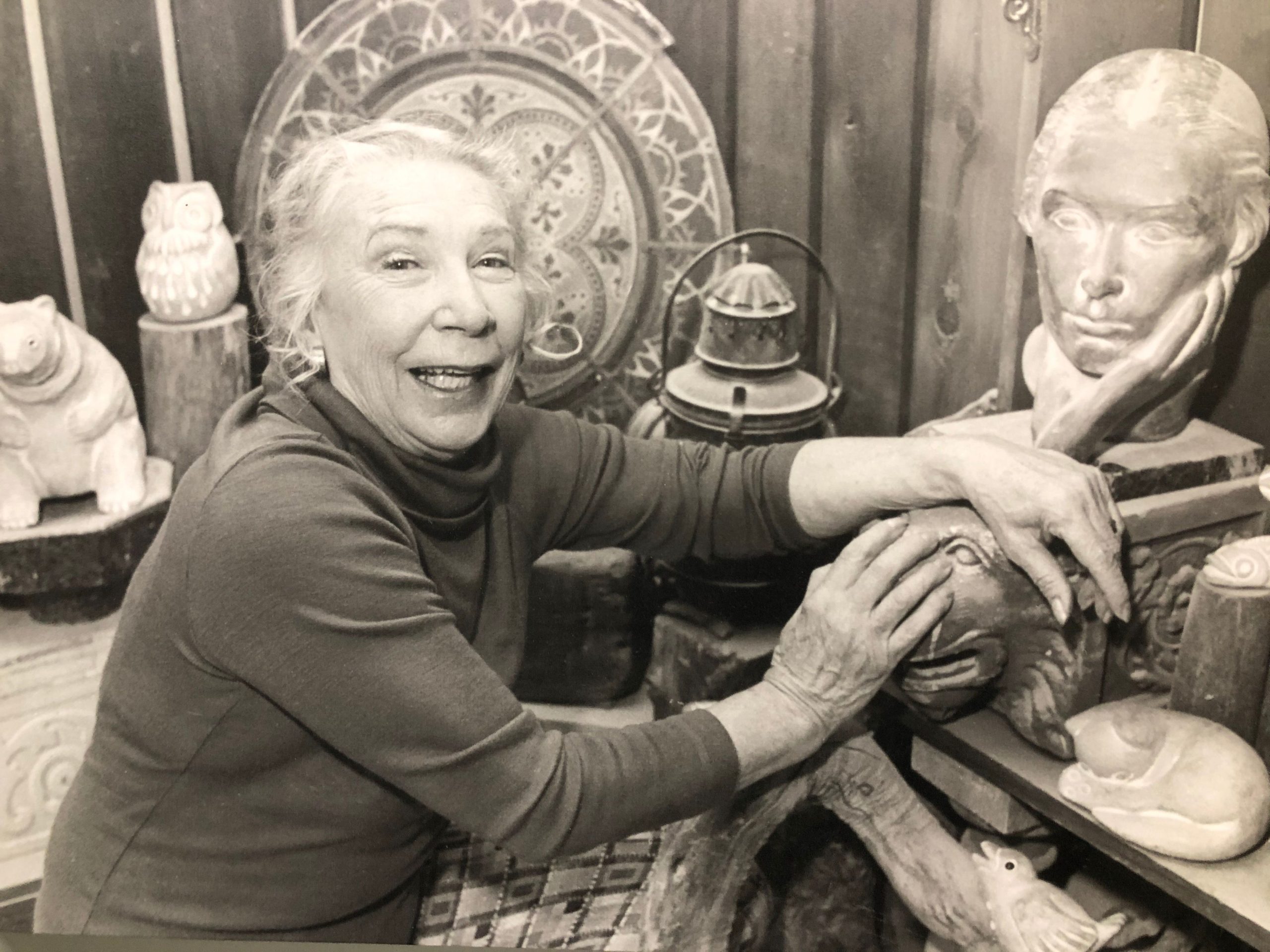 As her business grew, Bloom rented a house for her studio and hired assistants. Although she sold the company in 1981 at the age of 73, she continued to design new sculptures for the next 10 years. Today her protégé, Donna Young, who joined the firm in 1981, is the sole designer. Some of Bloom’s original designs, such as an owl, a daisy and mourning dove, are still part of the product line.

Free tours of the studio, occupying a large industrial-looking building, include the short video “The Making of an Isabel Bloom Sculpture” and take visitors on a walk through the studio as each step in production is explained, from mold-making to painting. Tour groups come right up to the painters at work. Each piece takes two to four days to complete. No two are exactly alike. 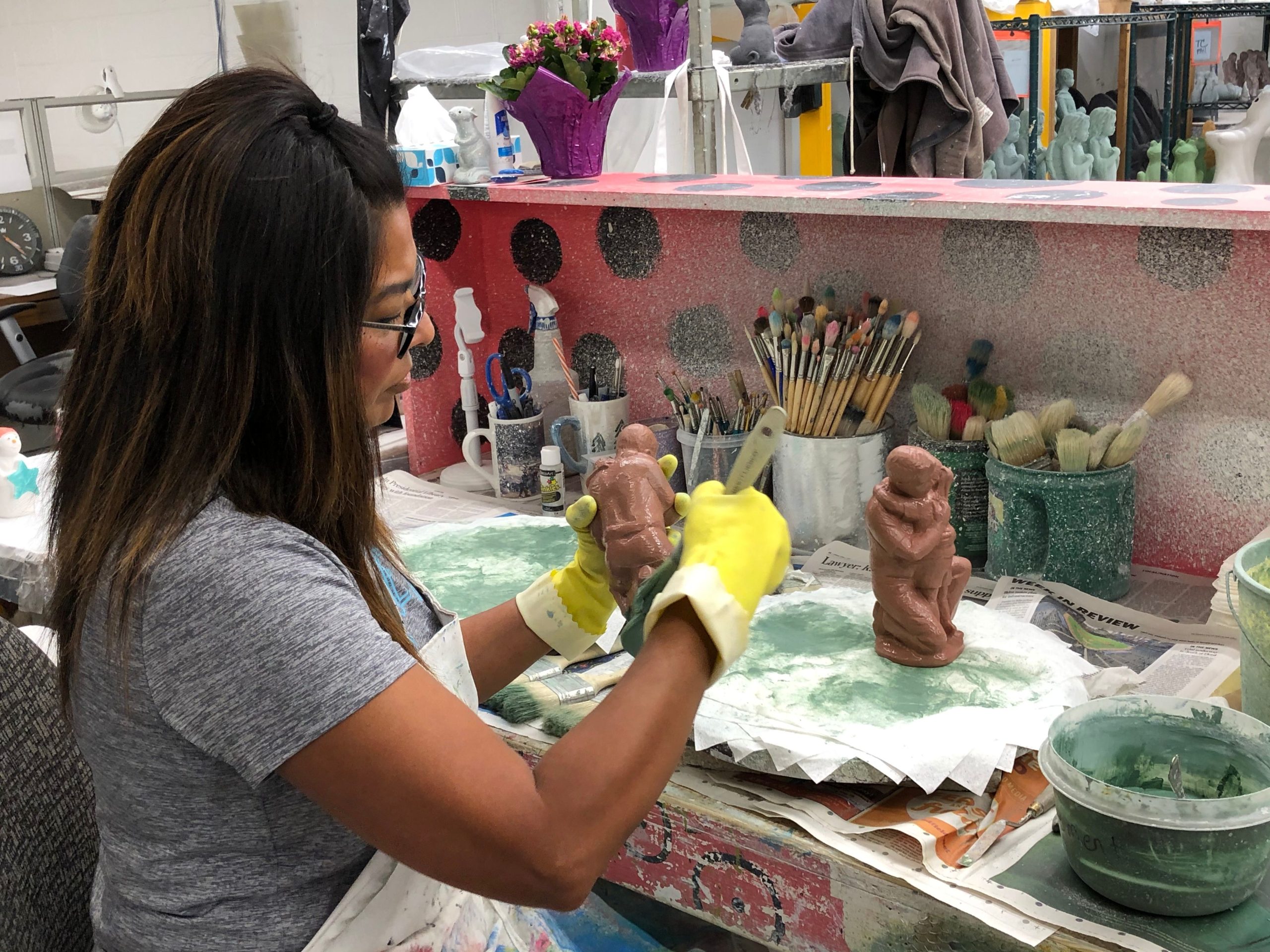 The studio’s gift shop offers Bloom sculptures for both indoor and outdoor placement. Popular items include crosses, angels, owls, butterflies and cats. Some pieces are for special occasions (sympathy, weddings), and some are seasonal, such as snowmen and Christmas ornaments.

This is a shrine to actress Donna Reed, who was born in 1921 as Donna Belle Mullenger on a farm outside of Denison on what is now Donna Reed Road. Housed in a restored 1914 opera house, the storefront museum features awards and honors, costumes, movie stills, movie posters, a personal scrapbook and original scripts notated by Reed.

Winner of the Academy Award for Best Supporting Actress for her performance in the 1953 film From Here to Eternity, Reed also is remembered for her role in the 1946 holiday classic It’s A Wonderful Life. The Donna Reed Show (1958-1966), in which she played a middle-class mother and housewife, played a prominent part in the TV landscape for baby boomers and is still seen in reruns today. Reed’s Oscar is on display at Denison’s W. A. McHenry House, the county’s history museum.

The manufacturing plant and commercial building established by the nation’s first self-made female millionaire was once the anchor of a thriving Black business and residential district. Today the recently restored 1927 landmark on Indiana Avenue is a cultural center for the African-American community, offering educational programs, special events, art exhibitions, film screenings and live entertainment. 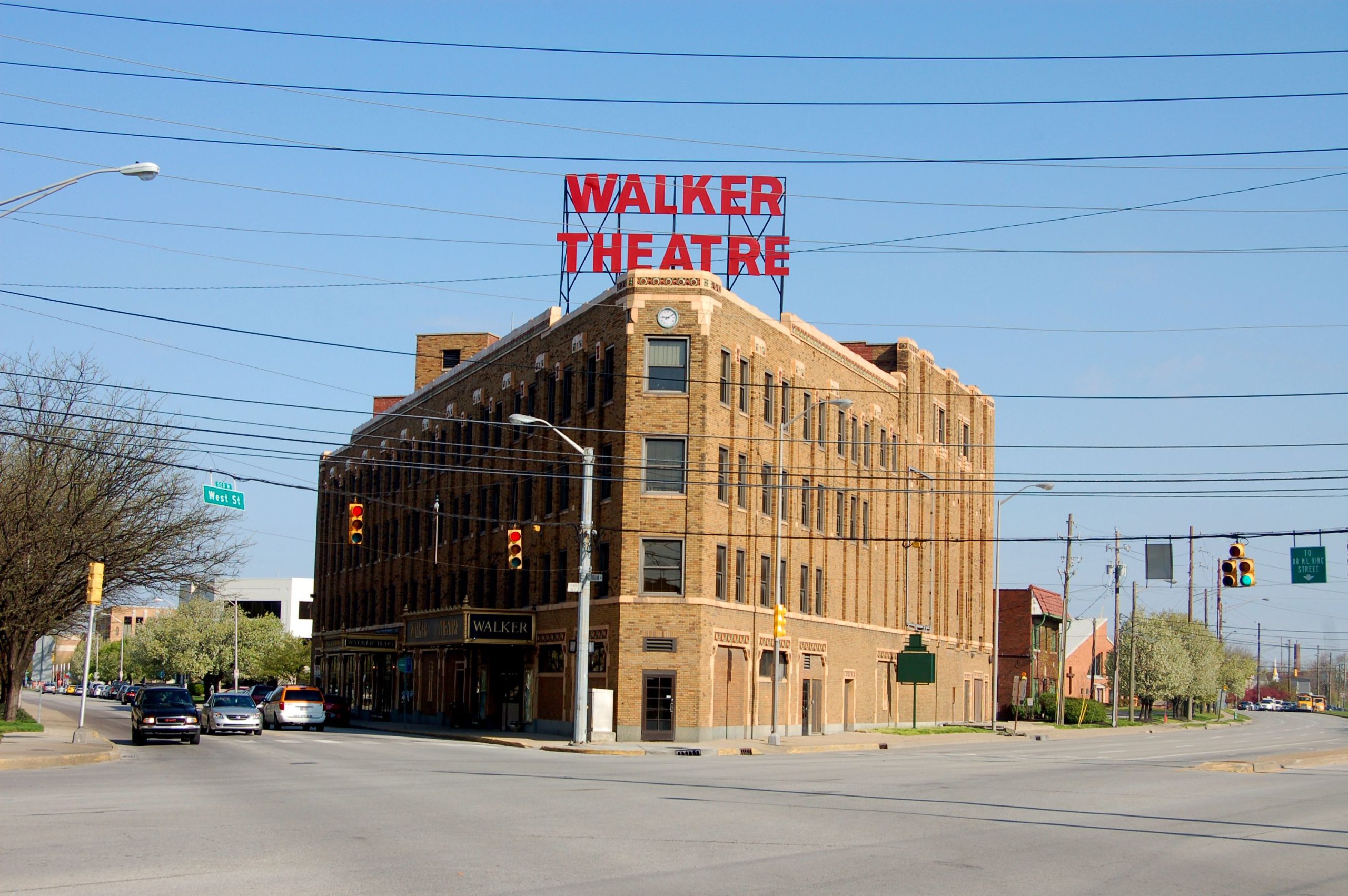 Madam C. J. Walker, born Sarah Breedlove in 1867 to a former slave, transformed the beauty industry, making her fortune in sales of hair care products for African-Americans and in real estate investments. The four-story complex that housed the factory and company offices was a forerunner of the shopping mall, featuring a drug store, beauty salon, beauty school, restaurants, professional offices, a ballroom and theater.

A 75-foot-long mural at Indianapolis International Airport depicts Walker’s accomplishments. Artwork in the lobby of Indianapolis’ Alexander Hotel includes a portrait of the entrepreneur made out of 3,840 combs.