Watch it Made in Columbus, Ohio

Tours of manufacturing plants are always popular with groups, especially when a sample of the product is included. Columbus has a vast number of see-it-made options, some of them not your everyday factory tours.

Not every city has a peanut butter factory or meadery, but Columbus, Ohio has both. Plus a number of other places where tour groups can see how things are made – and sample the product.

Krema Nut Co., the nation’s oldest peanut butter manufacturer, has been grinding away since 1898 and offers free tours of its plant, a fixture on West Goodale Boulevard since 1922. Start with a six-minute video on the peanut butter-making process, a segment that appeared in 1989 on the television show Mr. Rogers’ Neighborhood. Then it’s off to the warehouse and factory. Visitors watch natural peanut butter made the old-fashioned way as they pass by the peanut grinder and see the finished product poured right into jars. Many are surprised to learn the product has only one ingredient – peanuts. And they use only Spanish peanuts. 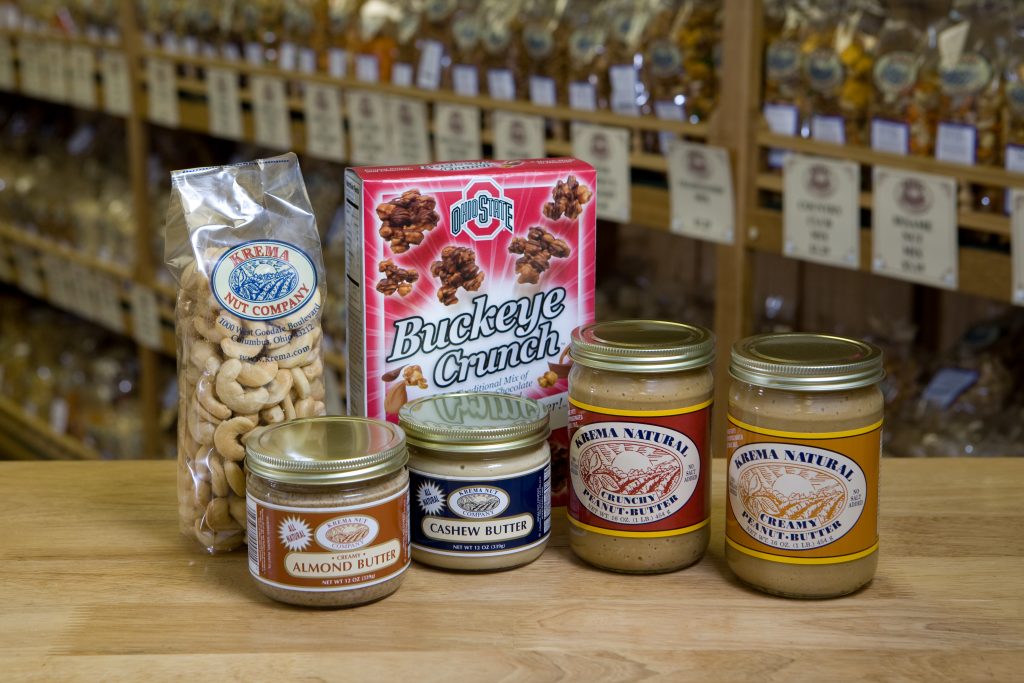 Along the way, visitors get some peanut history, learn how nuts are grown, and pick up tips on refrigeration and how to prevent separation. There’s sampling in the factory and in the store. Besides creamy and crunchy peanut butter, Krema makes cashew and almond butters, plus a Hot & Spicy peanut spread that packs a kick and is good in Asian cooking (with a taste similar to satay sauce). The shop has a wide selection of butters, roasted nuts and candy, including bags of cinnamon pecans, cinnamon almonds and a delicious cashew crumble. Because Krema makes things in small batches, its products are not sold in the big grocery stores.

You also might satisfy your taste for peanuts at Brothers Drake Meadery & Bar, which bottles a PB&J mead made with Krema peanut butter and concord grape puree. Mead, believed to be the world’s oldest fermented beverage, is a wine consisting of honey (instead of grape juice), yeast and water. A tour of the plant ($15 a person) lets guests taste mead in the process, the raw ingredients and samples of the final elixir. Housed in a former auto garage since 2011, Brothers Drake (established in 2007) uses raw wildflower honey from Ohio and other locally sourced ingredients. In addition to PB&J, flavors include raspberry, brambleberry, cherry, blueberry, chamomile, ginger vanilla and bergamot flower. But the most popular is apple pie, which accounts for 25 percent of production. Alcoholic content is 13 percent. The mead sells for $20-$30 a bottle. 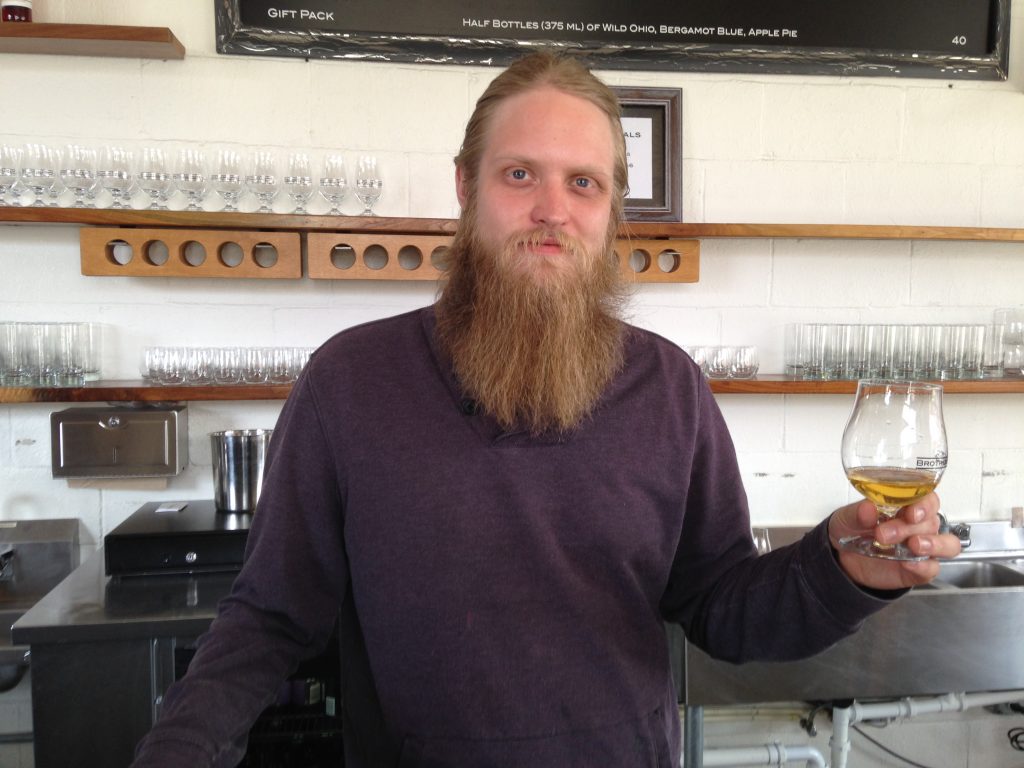 Tours of Watershed Distillery, a craft distiller that’s been around since 2010, shed light on the making of small-batch vodka, gin and bourbon, from grain to bottle. Watershed also makes Nochino, a sweet spirit made with walnuts, vanilla, citrus, cinnamon, cloves and sugar – perfect as an after-dinner drink or for pouring over ice cream. Tours, including tastings, are $10 a person. 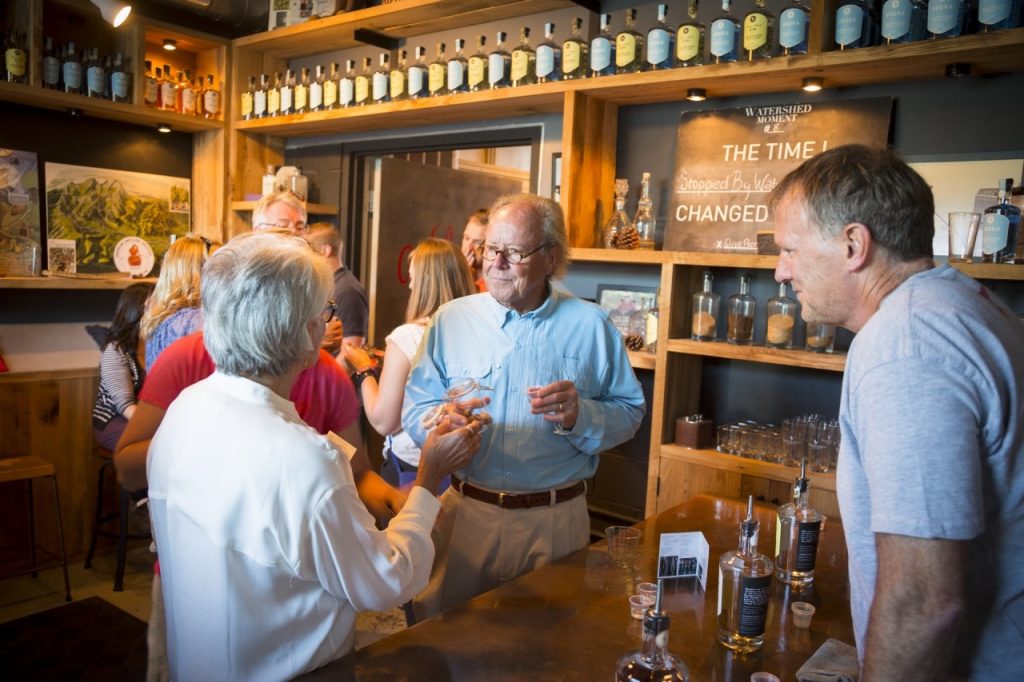 At the American Whistle Corp., the country’s only metal whistle manufacturer, your group can see the whole process, from how the brass is formed to how the little ball is placed inside the whistle. The ball was once made of cork, but today a pliable cork-like synthetic material is used; you learn how it’s easily squeezed into the whistle’s slot. The nine employees make 5,000 whistles a day, 1 million a year. Many whistles are stamped with the names of police departments and sports organizations. Everyone on the tour ($4 a person) gets a whistle and lanyard. The company acquired its current name in 1988 but has made whistles since 1956.

Anthony-Thomas Candy Co. may be family-owned, but it’s not a small operation. With a large factory and 13 retail locations in the area, the third-generation company is best known for its boxed chocolates but also makes candy bars for fundraising and does contract work for national brands. 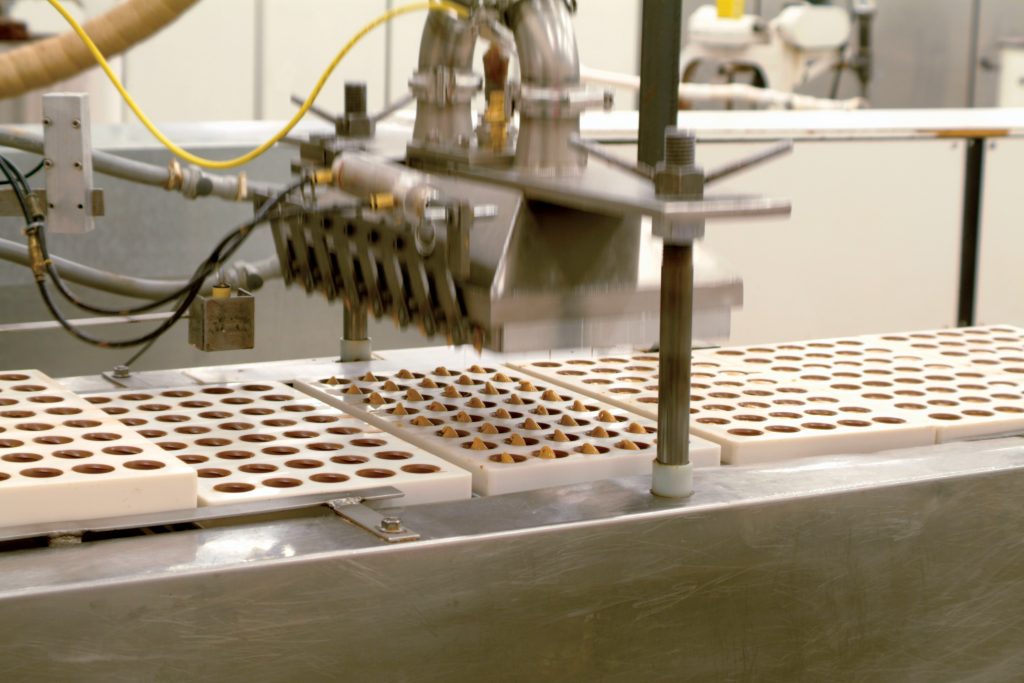 Visions of a frantic Lucy and Ethel on the assembly line come to life as you look down on the production floor and see workers dealing with the steady stream of chocolates on the conveyors. Watch machines wrap and box the chocolates and marvel at the enrobing process, where buttercreams, pretzels, marshmallows and toffee are bathed in liquid chocolate. You might see them making Buckeyes, Ohio’s signature, chocolate-covered peanut butter confection. Every tour member gets a sample, usually a buckeye. The Anthony-Thomas guided tour is $2 a person but includes a voucher for $2 to use in the gift shop.

In Columbus’ Clintonville neighborhood a new enterprise taking shape promises to be a good fit for culinary-minded groups. Flowers & Bread will offer demonstrations and hands-on classes in bread baking and flower arranging. One side of the converted house will be a bread studio, with a floral studio on the other side and a breakfast-lunch café in the middle. Groups can choose to sign up for classes in scones, pizza, baguettes and other breads. The three women involved in the operation will continue to operate The Seasoned Farmer, a cooking school and meal venue they opened in 2013 in a house just blocks away.

In Worthington, a pleasant community nine miles north of downtown Columbus, your group can visit Igloo Letterpress, a print shop and bookbinding studio where they can craft a postcard, coaster or piece of stationery on antique, hand-operated equipment inherited by owner Allison Chapman from her grandfather. A larger group might split up between Igloo and The Candle Lab across the street. Everyone likes pouring a candle in their choice of dozens of scents, from cake batter and sugar cookie to peony, honeysuckle and chardonnay. 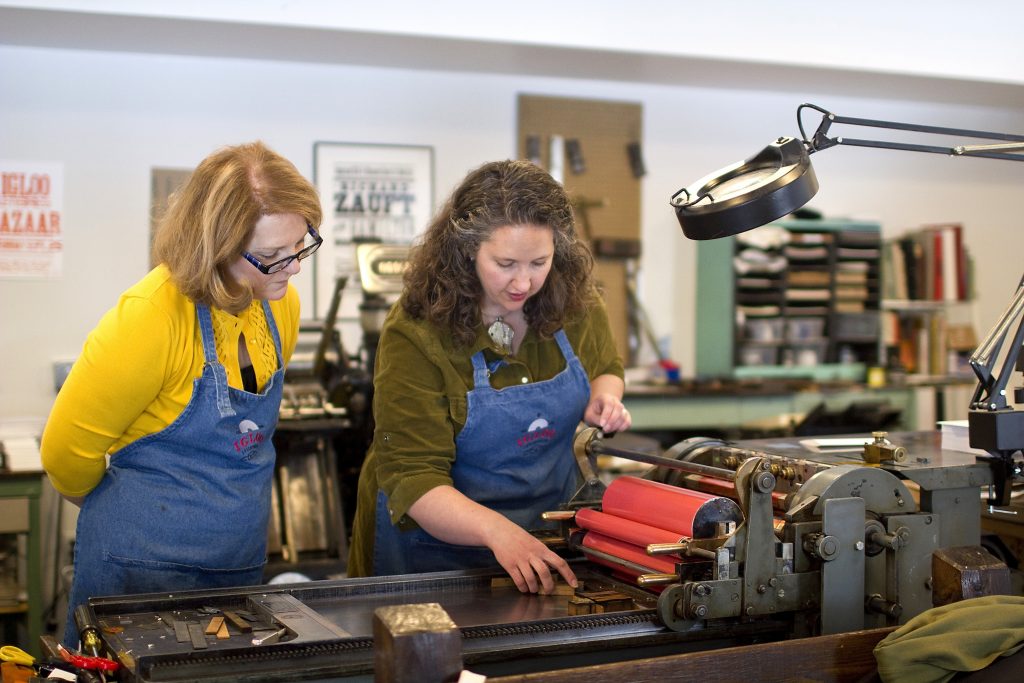 The two-block cluster of specialty shops along High Street in Worthington is the perfect place to let a group loose. For lunch, consider the Worthington Inn, a former stagecoach inn dating back to the mid-1800s.

Experience Columbus includes some of these factory tours in a sample itinerary titled “How Did They Do That?” Other stops include the Phoenix Bat Company and Velvet Ice Cream Factory and Museum. Groups can see wine made, bottled, corked and labeled at Camelot Cellars, Signature Wines or Wyandotte Winery. For information on these and other group options, contact Experience Columbus, www.experiencecolumbus/tours.