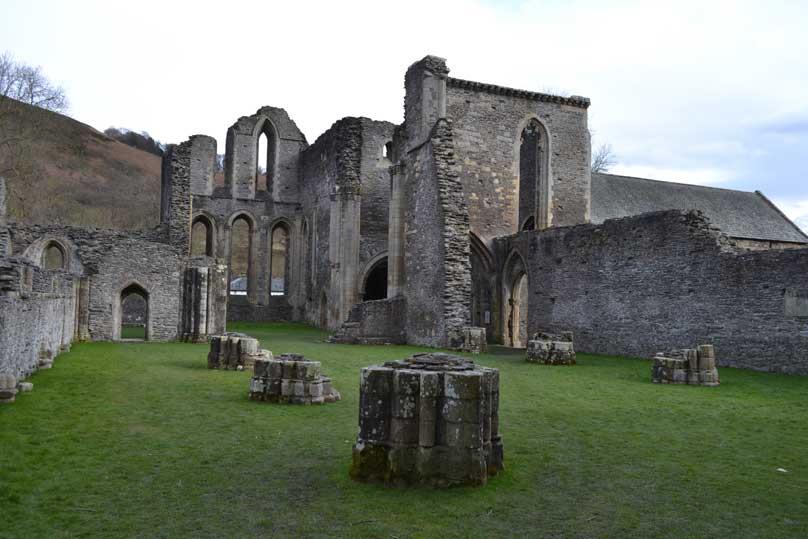 Next time you are planning a group trip, perhaps you should consider Wales.

Wales was inhabited for thousands of years before the Celts came around 1,000 BC, with the Romans arriving about 48 AD. The Vikings invaded in 852, and the Normans invaded in 1066. Throughout it all, Wales has been shaped and formed into the diverse culture that it is today. 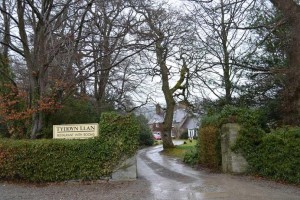 If you’ve never considered putting Wales into your tour line-up, there are a few good reasons it deserves a long look. Wales, about the size of Massachusetts with 8,000 square miles, is an idyllic spot in the United Kingdom. It’s small enough to easily visit a large portion of it in a short time.

Wales is just above the “tension line,” meaning that life slows down to a more leisurely pace, and yet the Welsh are an industrious people, having supplied much of the world’s roofing with its gray slate.

At Llanberis you can visit the National Slate Museum and see the vast Dinorwig quarry, closed for mining since 1969, but now open to the public. Its ancient Victorian workshops remain intact, and guides at the museum show visitors how the slate was quarried and split. But Wales isn’t only known for its mining enterprises.

Wales is also a serene land dotted with marshlands, green forests and mountains, like 3,560-foot-high Snowdon in Gwynedd in the north. Wales even has large, sandy beaches. Surprisingly, the unspoiled yellow sands of Rhossili Bay in Swansea, South Wales was voted as Europe’s third best beach in a survey of worldwide tourists.

Wales’ 750 miles of coastline abuts the Irish Sea and Bristol Channel, and recently a 870-mile Coastal Path has been developed that allows visitors to hike along 95% of the country’s coastline. This path, a source of pride for the country, shows off the coast’s rugged beauty. In 2012 Lonely Planet chose the coast of Wales as the best spot to visit.

Coastal cities that can accommodate larger groups for overnight include Newport, Cardiff, Swansea, Bangor and Conwy, but you’ll find quaint hotels and B&B’s throughout Wales that offer more intimate experiences. One of those experiences is waking up in the morning at a cozy B&B to laverbread, not actually bread at all, but seaweed, which is often fried into crisp patties with eggs, bacon and fresh cockles for a traditional hearty Welsh breakfast. Or, you might enjoy Welsh afternoon tea with bara brith, a sticky fruitcake smothered in butter. Or Welsh cakes, a round, scone-like cake cooked on a stove-top griddle. 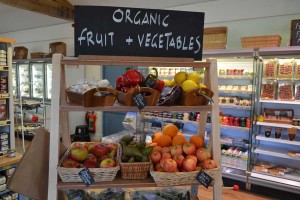 Food is traditionally excellent in Wales, with fresh farm products often produced minutes away from the restaurant itself; a number of organic farms offer group tours and produce small batches of jams made from home-grown fruits, rich and tasty cheeses, fresh lamb and plump vegetables. The Rhug Estate near Corwen in Denbighshire, managed by the Newborough family, features a farm shop, butchery and cafe that sells local Welsh lamb, Aberdeen Angus beef, Durocpork, free-range poultry and pheasant, duck, rabbit and deer. This large farm near the Berwyn Mountains also maintains a herd of buffalo that visitors can see and offers Rhug Brown chickens, slow-maturing birds that range free on clover-rich pastures.

The wooded Bodnant Estate in Conwy features not only charming guest houses that can be rented, but fresh local milk, artisan cheese, yogurt, ice cream and butter, a national beekeeping center, a large farm shop brimming with local produce and meats, and a well-stocked bakery. The Bodnant Estate also offers group food demonstrations and workshops, perfect for learning how to make those Welsh cakes. In addition, you can have a “lovely” meal, as the Welsh like to say, in the Hayloft Restaurant, which combines the best of Bodnant’s estate-grown foods and local produce to bring you a “taste of Wales” right from the farm’s doorstep.

The restaurant itself is a beautifully converted hay barn, with a menu designed to showcase the Welsh larder. The Hayloft offers seasonal meats that have been sourced from local farms. Afterwards, your group can go shooting, riding, fishing or walking on the estate. 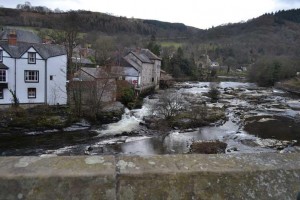 The Wales villages are quaint, with small shops and mountain streams flowing through many of them.

The highest peak in Wales—Snowdon—and the 823-square-mile national park that surrounds it, is the perfect spot for tours. Hiking, boating, photography, bicycling or just taking a quiet walk in the woods is the norm in this part of the country. There are two northern walking routes that offer spectacular views of Snowdonia—Cwm. Penamnen and Coed Felin Blwm—as well as two other paths in the south portion of the park.

Part of the area here, called Migneint, is the largest region in the country for moorlands. There are acres of conifer forests as well. Bus tours of Snowdonia National Park are popular.

The villages in Snowdonia are quaint vestiges of times past, with woods, narrow cobblestone streets, meandering streams and colorful buildings hundreds of years old. Be sure to visit the Ugly House tearoom in Ty Hyll, with delicious scones, jam and cream. It’s also a historical stone house on the edge of the woods that says, “Take my picture.”

Wales is often called the Land of Castles, as it is home to some of Europe‘s finest surviving examples of medieval castle construction. It’s said that there are some 400 castle remains still standing.

There’s Beaumaris, built in 1295, on the Island of Anglesey. It’s the last and largest of Edward I’s “ring of steel” castles. Denbigh Castle at Denbighshire, likely occupied long before the Middle Ages, is located at the end of a long, narrow road up through town. A castle guide will point out the highlights of the fortress, and you can wander through the ruins, with excellent views of the town and surrounding countryside below. 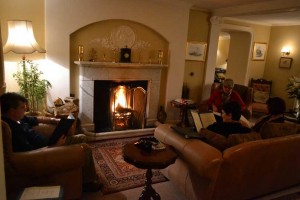 Conwy Castle in Conwy is well preserved, and one of the greatest fortresses of medieval Europe. Eight identical towers of the castle remain today, with many portions still relatively intact. You can walk on the upper reaches and walls of the castle, construction of which began in 1283. You feel like you’re on top of the world, and there’s a good view of Conwy Bay.

The railways of Wales used to haul slate, but now haul thousands of tourists each year. Your group can even rent an entire train. If you are a rail fan, you likely have heard of the Ffestiniog Railway at Porthmadog, known the world over for being the first narrow gauge railroad anywhere to use steam locomotives. Now celebrating its 150th year (1863-2013), the 13½-mile line proudly displays and operates its diminutive, highly-polished engines that run through tunnels, over streams and valleys and through forests. And there are many more railways in Wales like the Ffestinoig that welcome groups.

Railways, snow-covered mountains, sandy beaches, oceanside paths, quaint cottages, villages and B&Bs, farm-grown food and friendly people are all part of today’s picturesque Wales. Throw in the 400 or more castles, and your group is all set for an adventure they’ll long remember.