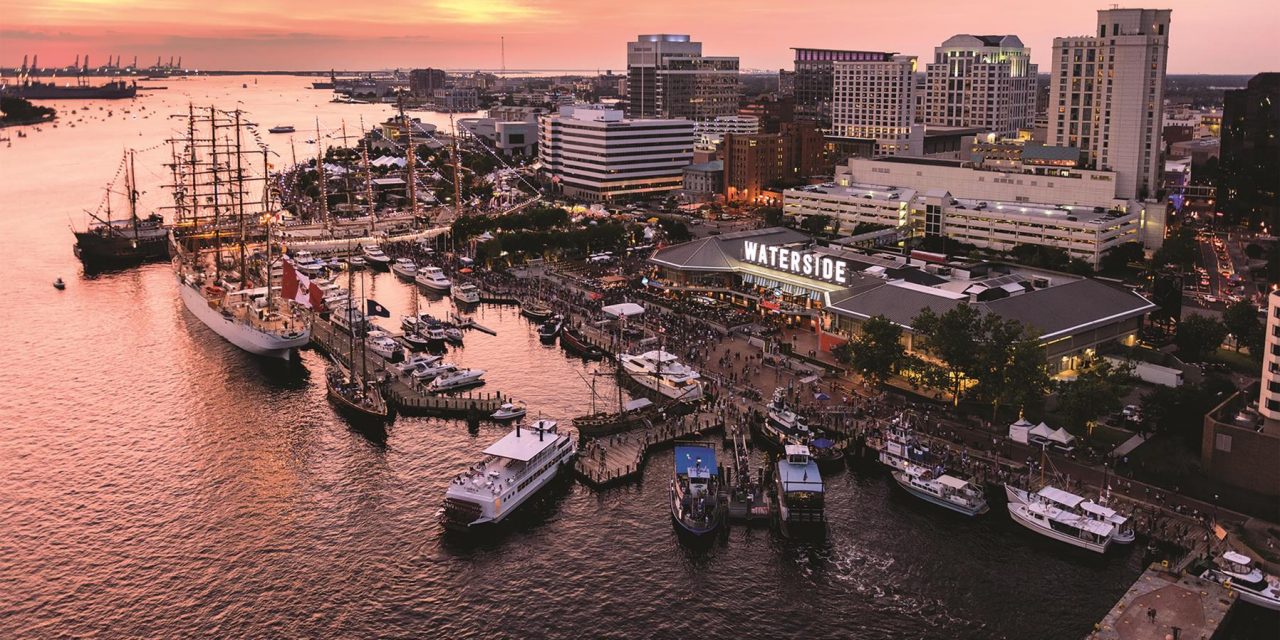 It’s no surprise games of chance were brought to the colonies by the first settlers. In the early years of our nation, social stigma against gambling contributed to the federal restrictions imposed on gambling houses. But its popularity never ceased. Nevada was the first state to revive the gambling industry in the United States by legalizing gambling in the 1930s. The legalization of gambling in Atlantic City in the 1980s turned it into America’s second most popular gambling city and today, 44 states welcome the casino-gambling industry. Most recently, Virginia state legislation approved Norfolk, Bristol, Danville and Portsmouth as locations to build casino resorts. Virginia’s first four casinos will start construction in 2021 and will open to the public in late 2022 and early 2023. A fifth casino approved by the state’s legislation designated for Richmond will be approved or rejected by Richmond voters November 2021.

Norfolk is known for its vibrant harbor and its booming downtown. This waterfront city is home to the world’s largest Naval base and historical attractions such as the USS Wisconsin, the last and largest battleship built by the U.S. Navy. Today, Norfolk is considered one of our nation’s fastest growing ports. Beside history lessons, visitors will not run short of dining and entertainment options in downtown Norfolk. Norfolk’s performing arts center, Chrysler Hall, holds performances by the Virginia Symphony and touring Broadway plays and Chrysler Museum of Art, which holds some of the world’s most ancient artifacts. “VisitNorfolk is thrilled that a prospect of a casino could bring a new market of visitors to our vibrant city. Not only will this expand our local economy and increase job opportunities in the region, but the casino will provide a new, fantastic revitalized Danville’s sense of community as this former tobacco warehouse was renovated to craft sophisticated beers. Ballad Brewing not only invites visitors for a cold one, it invites them into the community.

Portsmouth is one of Virginia’s treasures. This coastal town, which is just a ferry ride away from Norfolk, is known for its genuine hospitality. Portsmouth is a pleasant place to go for a walk, as blocks of three-centuries-old homes and buildings tell the story of this ancient seaport. Visitors can go on the Path to History, a self-guided tour that features the CSS Virginia and the USS Langley. Or, tour Portsmouth Naval Shipyard Museum, which displays artifacts related to our Armed Forces.

Bristol is known as a great place to visit for plenty of reasons. Sights of the Appalachian Mountains, the South Holston Lake and the Holston River soothe sore eyes and have persuaded many to stay longer than they expected. This city, which borders Tennessee, is no stranger to live music and authentic American cuisine. Burger Bar is a historic eatery located in downtown Bristol. This classic diner has been flipping patties since 1942. Another historic gem that can be found in Bristol’s downtown is Bristol Train Station, which was built in 1902 but recently restored.

Danville is a small town with an urban appeal. The Danville Museum of Fine Arts & History, which was once the home of Major William T. Sutherlin and Jefferson Davis, is a museum with exhibits on Danville’s role in the Civil War. Ballad Brewing revitalized Danville’s sense of community as this former tobacco warehouse was renovated to craft sophisticated beers. Ballad Brewing not only invites visitors for a cold one, it invites them into the community.

Richmond has it all: historical and cultural attractions, music entertainment and outdoor recreation. Visitors will love the Virginia Museum of Fine Arts’ displays of worldly artifacts such as the Lewis Collection of Art Nouveau. Besides touring Broadway shows, Richmond runs regular productions of the Richmond Symphony and the Concert Ballet of Virginia, in nearby Ashland. Make sure to make advanced reservations to get a table at Lemaire. This New American restaurant is the taste of Richmond. Looking for a place to enjoy the outdoors? On either side of the James River, guests have more than 10,700 acres of park land to enjoy or rent a canoe and stride down this magnificent Virginian wonder.
Take a chance on Bristol, Danville, Norfolk, Portsmouth, and/or Richmond. Whether you spend your days rolling dice at the casino, or touring these cities visitors that come to the state of Virginia always leave as winners.