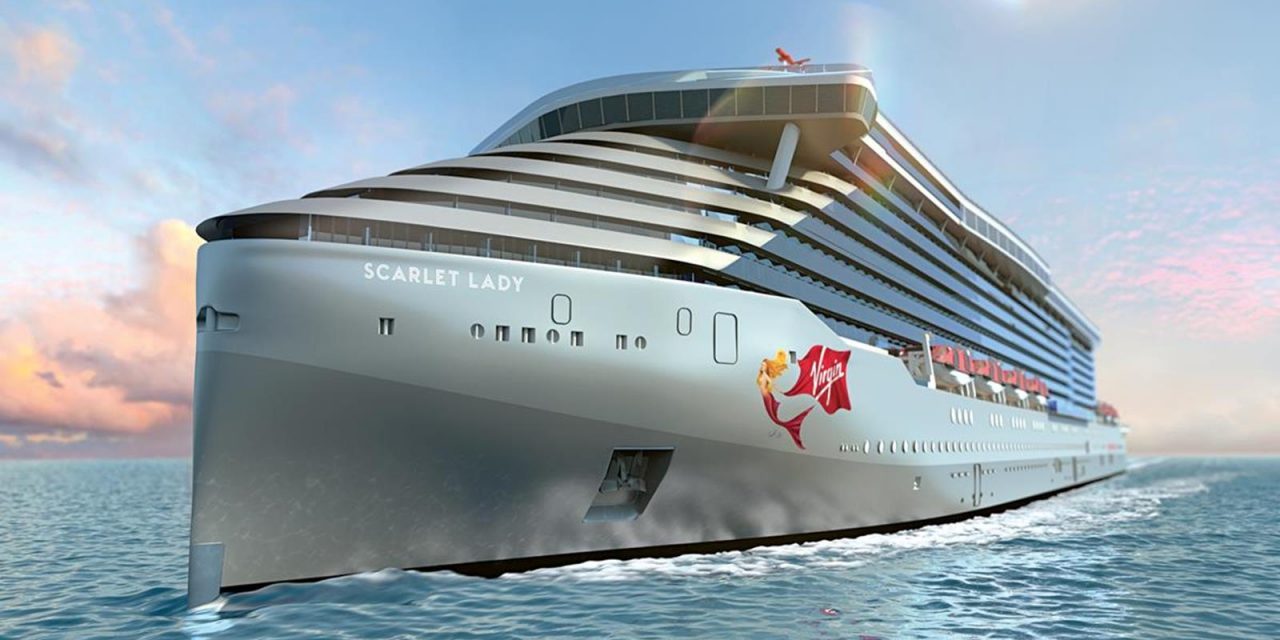 More details about Virgin Voyages’ Scarlet Lady continue to emerge. Featuring 20-plus eateries with no surcharges, new cabin designs and an exciting entertainment lineup, the new ship will make her debut in 2020. 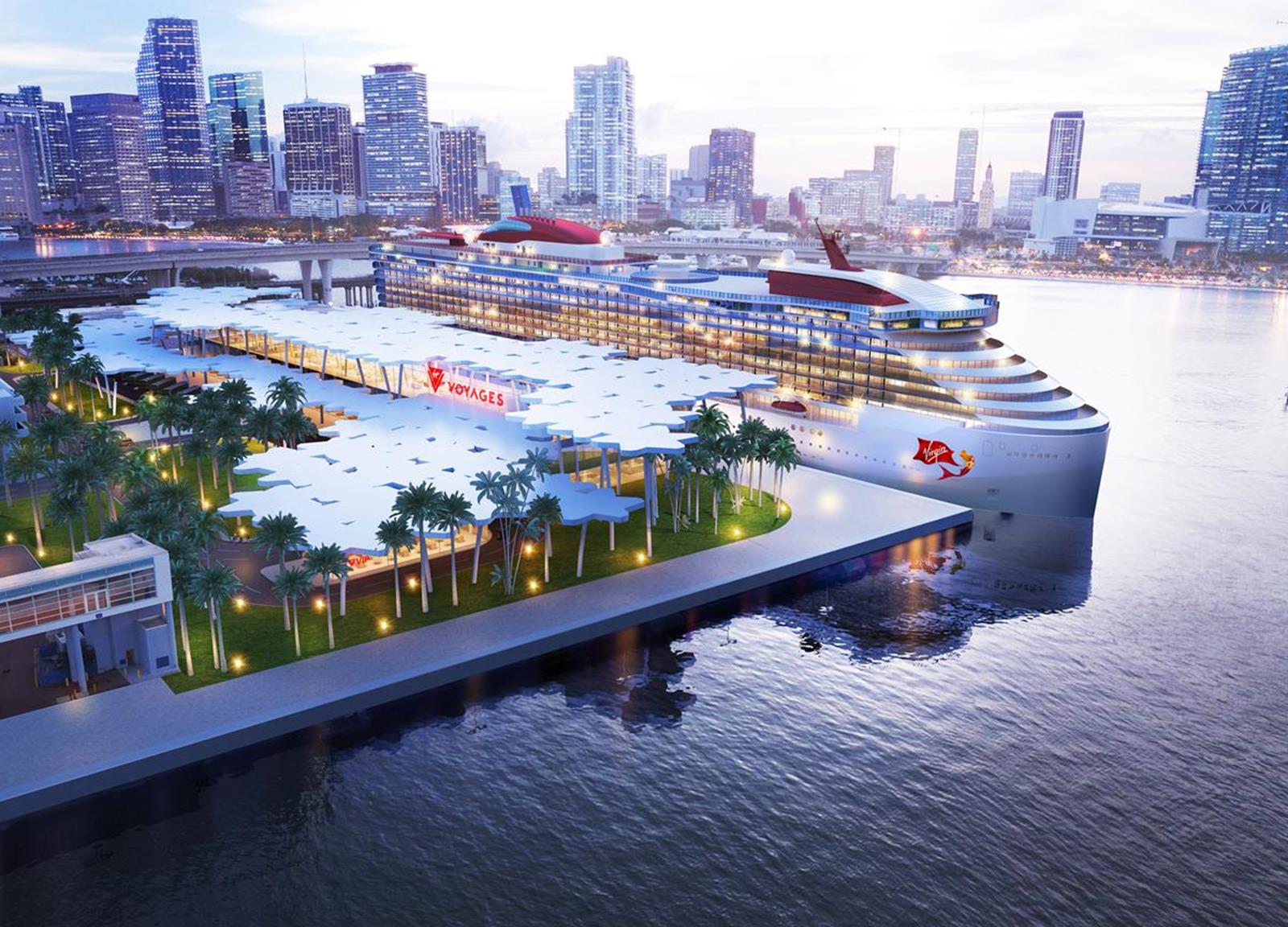 Already making waves that are rippling across the cruise industry, the Scarlet Lady brings a dose of “Vitamin Sea” to her guests, known as “sailors,” with relaxation, rejuvenation and high-energy moments.

More About the Scarlet Lady

The Scarlet Lady, for adults 18 and older, will bring a different dimension to cruising. Virgin Voyages, for example, is one of the first major cruise lines to ban single-use plastics. Thanks to a strategic sustainability partnership that Virgin Voyages has created with Emerald Brand, the line will provide plastic-free products and deliver a Tree-Free™ experience with the disposable paper products onboard.

Virgin Voyages decided to use multiple designers rather than just one interior designer, and this provides more diversity throughout. In addition to its signature nightclub onboard the Scarlet Lady, The Manor, Virgin Voyages brings a new dimension to its entertainment offerings. The line has entered into a partnership with Grammy, Oscar and Golden Globe winning producer and artist Mark Ronson. Ronson is joining Virgin’s Creative Collective, which includes world-class artists, designers and tastemakers. As Virgin Voyages’ “Minister of Music,” Ronson will be working on some special performances, including four shows at The Beach Club at Bimini, the line’s private destination in the Bahamas, in 2020.

Virgin Voyages recently announced that Captain Wendy Williams, a Canadian, will take to the helm as captain of the Scarlet Lady. Captain Williams is the first Canadian woman taking command of a major cruise ship. She grew up in Quebec province and began her maritime career as a deckhand on commercial fishing boats. Then she worked as a ferry boat captain. She’s spent the last 15 years working on the bridge for Celebrity Cruises. Nearly a dozen other female officers will be onboard the Scarlet Lady. 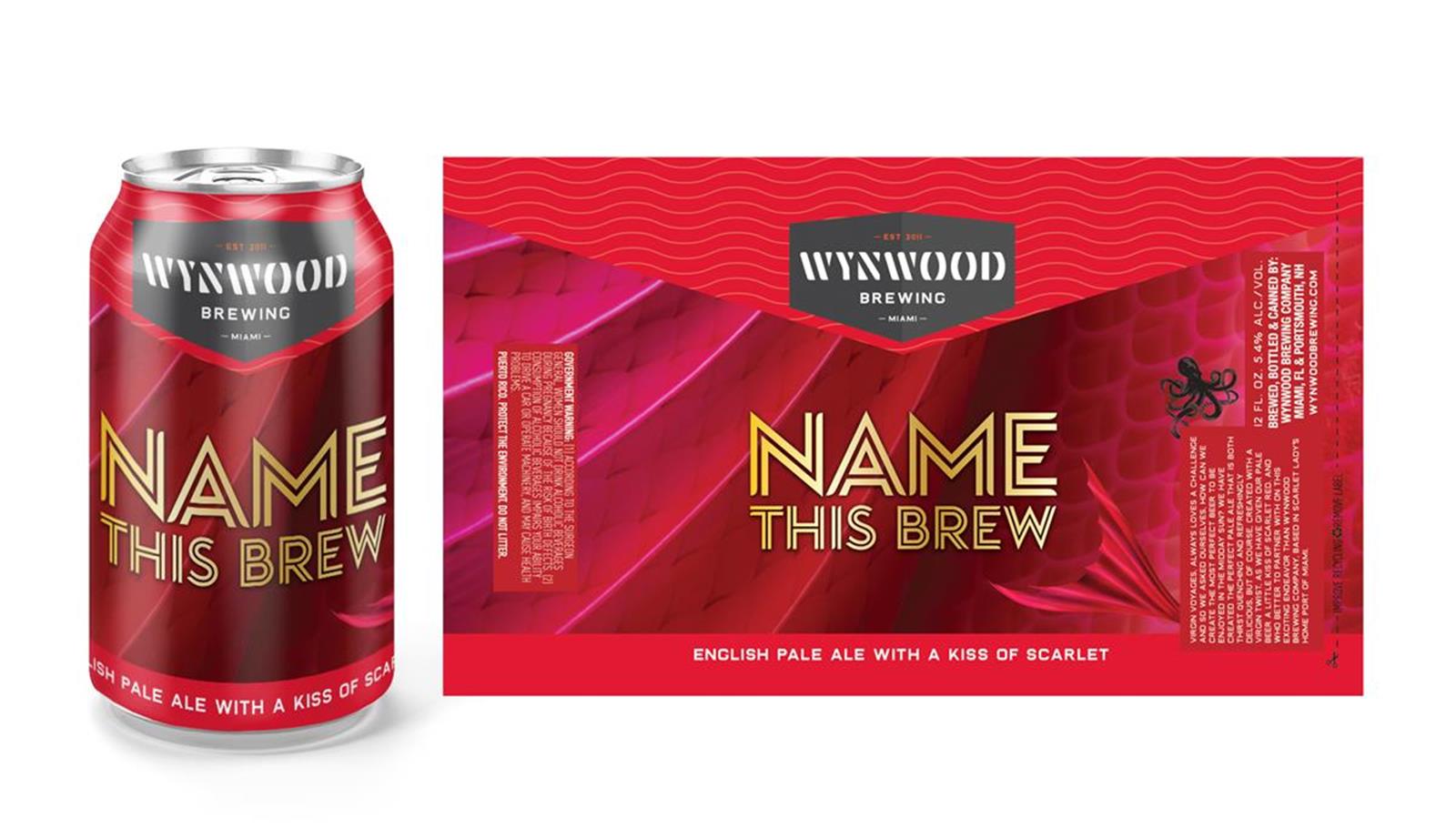 Virgin Voyages recently announced they’re working with Miami’s Wynwood Brewing Co., which will produce a custom beer that will only be served on the Scarlet Lady. 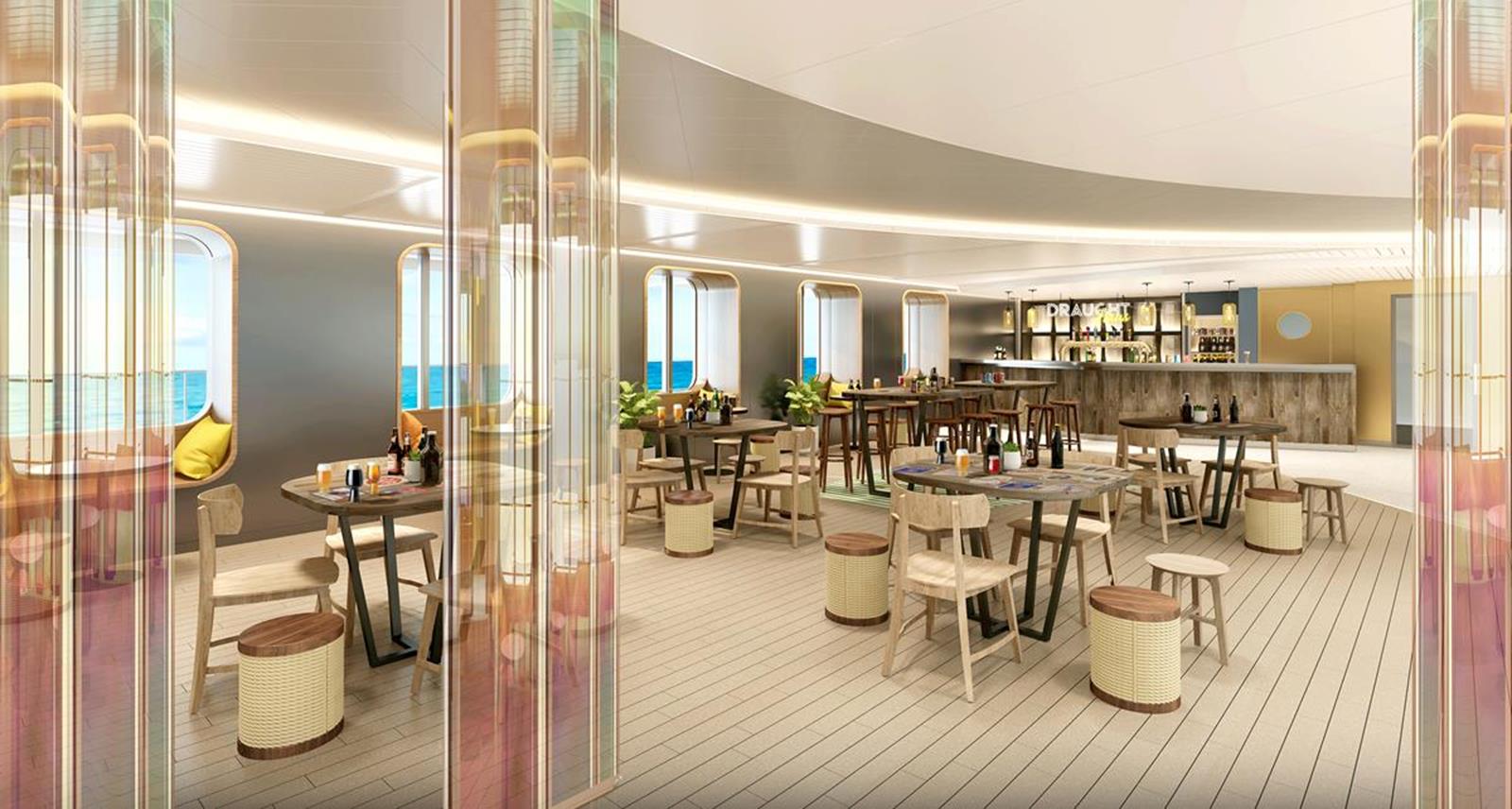 An English pale ale, it will be available throughout the ship in cans and served on draft in the Draught Haus, which will have eight beers on tap, in addition to well as boilermakers, shots and bottled artisanal beer. And the Draught House will have a growler service, so draft beer can be enjoyed elsewhere on the Scarlet Lady.

Another unique and fun twist with Virgin Voyages’ Scarlet Lady? She’ll feature  more than 20 dining options with no surcharges, and the traditional ocean cruise dining options will be done away with. There will be no buffets, main dining rooms, dress codes or assigned seating.

A few of the diverse culinary options? Razzle Dazzle will put a creative twist on vegetarian and vegan dishes along with healthy smoothies but will also have a “naughty menu” that includes meat add-ons. And sailors will be treated to a special performance. 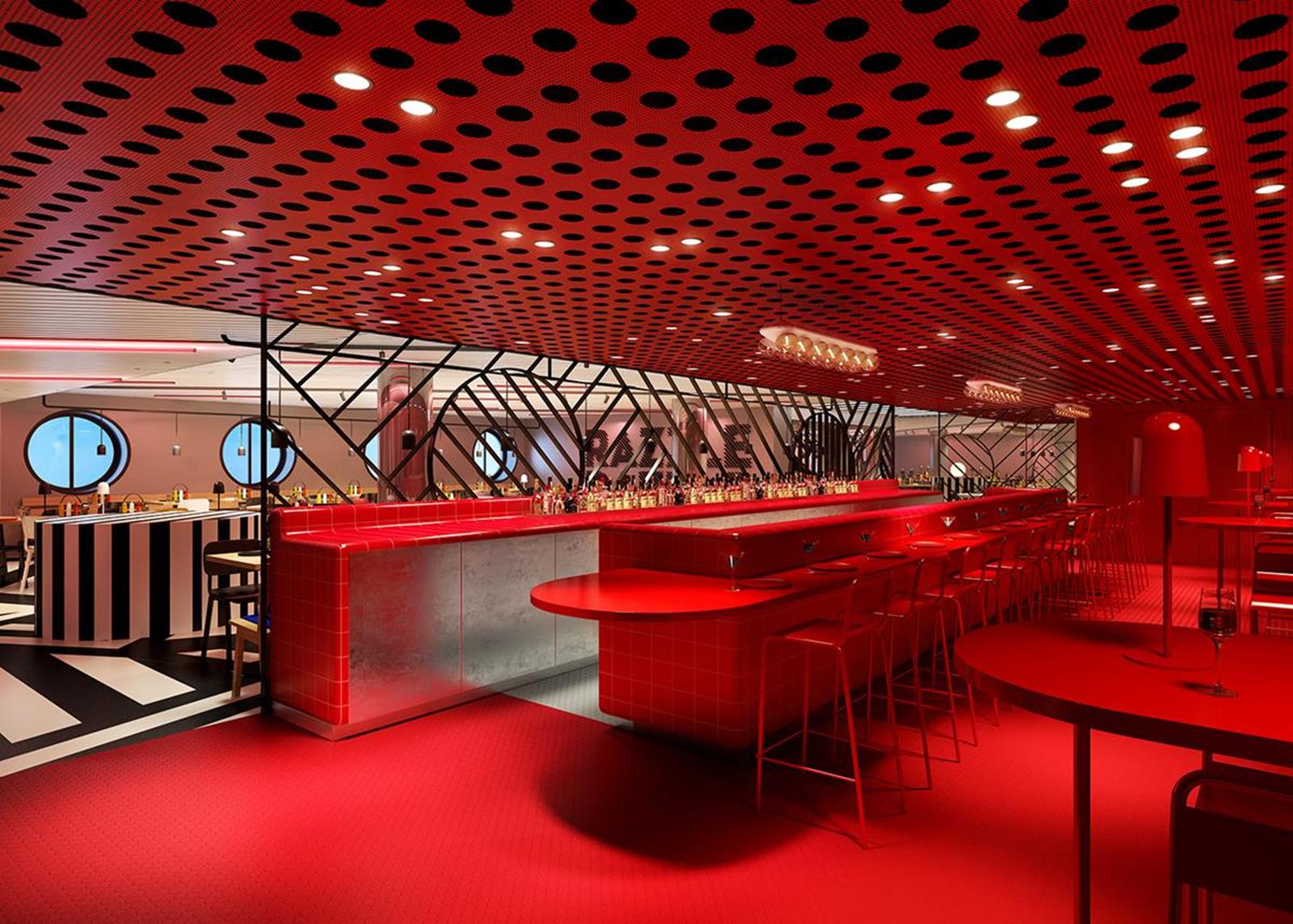 At the Pizza Place, sailors can enjoy a classic pizza menu with options to customize their pizza. Extra Virgin, the ship’s Italian trattoria, offers fresh, handmade pasta. Wake, named for its views of the ship’s wake, will serve seafood and steak along with a dramatic staircase entry way. Galley, the ship’s food hall, will offer eight food carts and shops. Sailors can enjoy a burger grill, taco shack, panini shop, an American diner, a soup-and-salad stand, noodle bar, sushi bar with bento boxes, and a dedicated bakery and pastry shop. 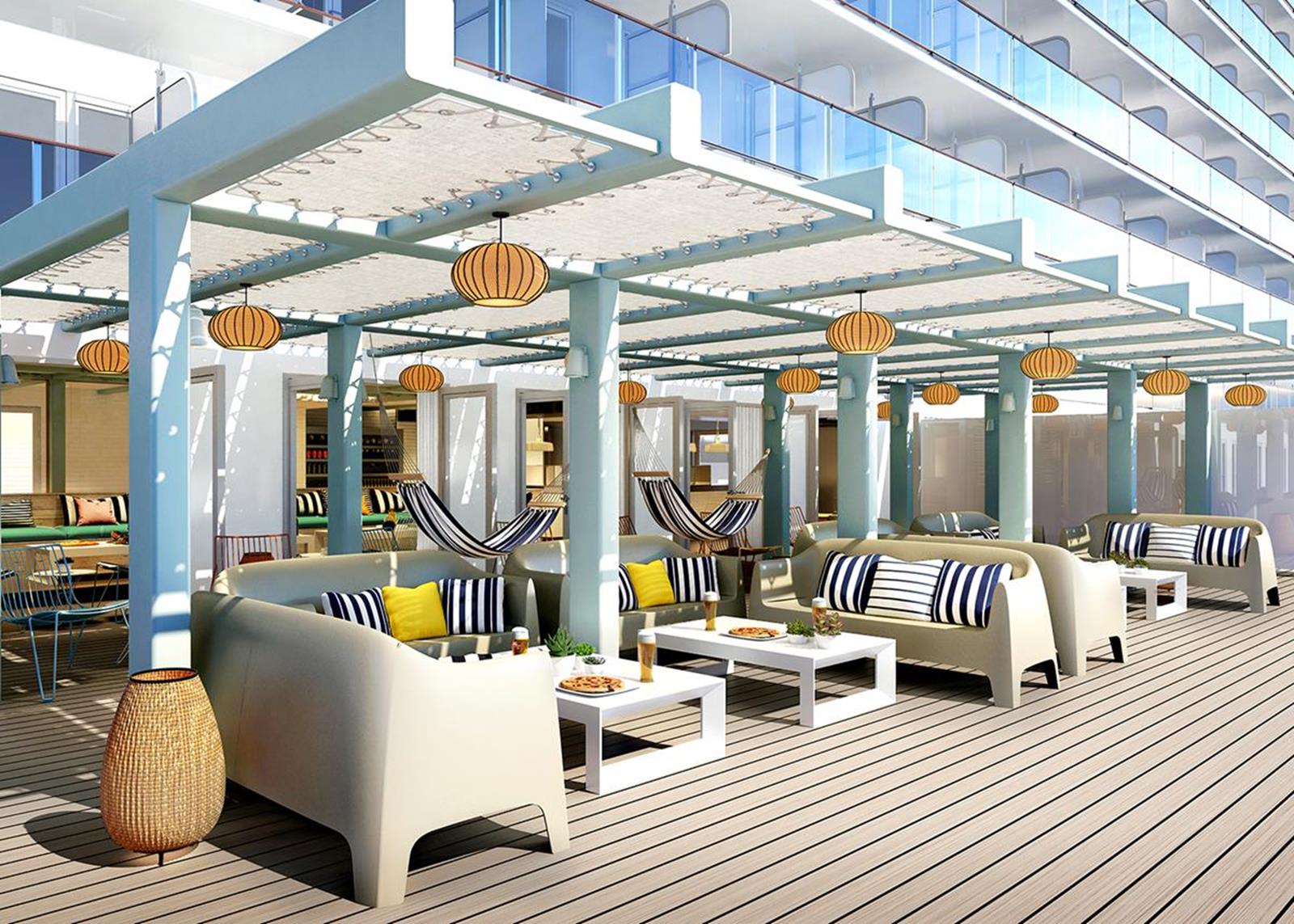 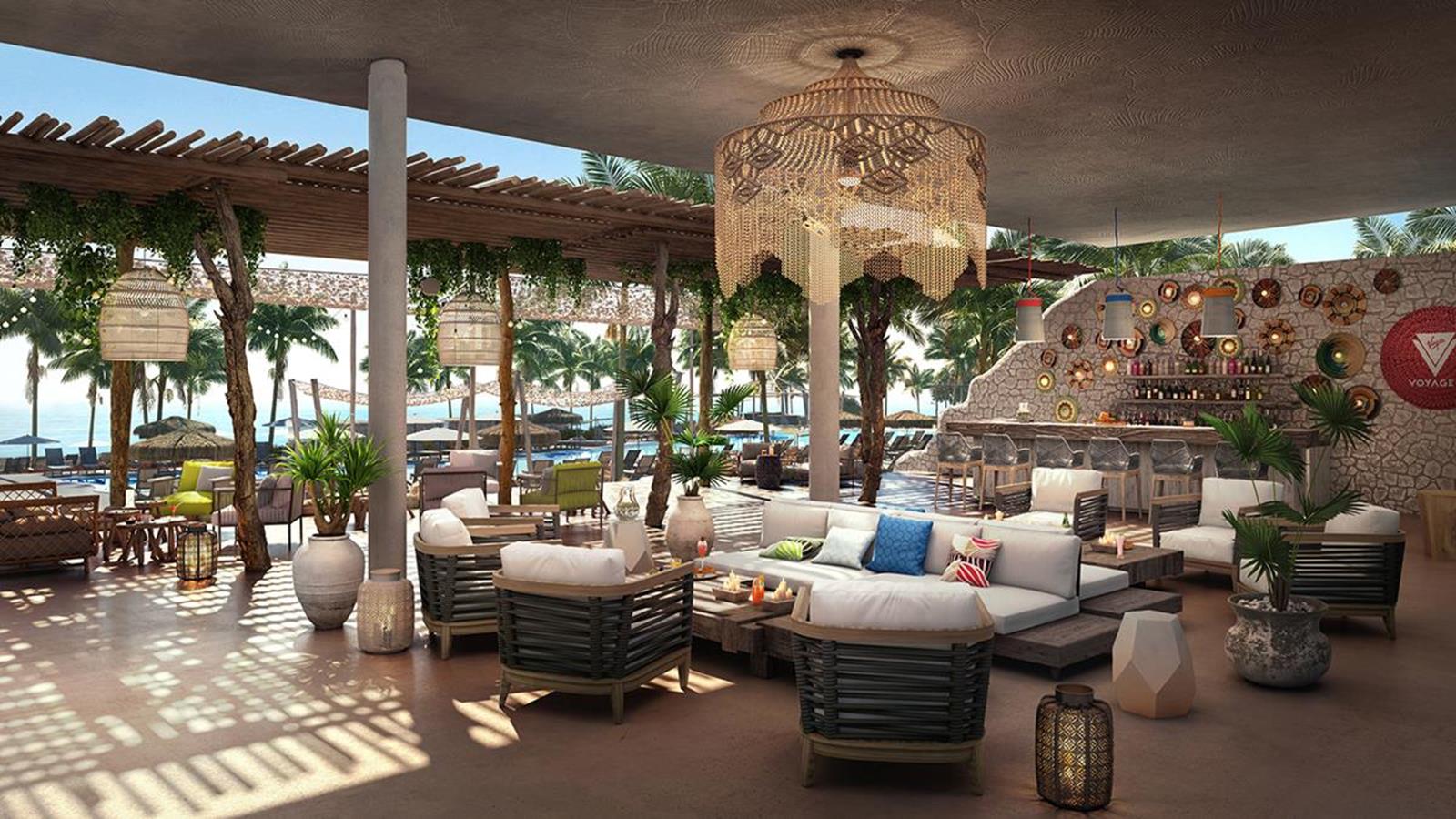 Originally, Virgin Voyages had announced that the Cuba would be included in the Scarlet Lady’s itinerary plans as a primary port of call, but with recent changes in U.S. government policies, cruise lines cannot visit Cuba. So her itineraries have changed. Four- and five-night sailings from Miami may include calls at Costa Maya and Cozumel/Playa del Carmen in Mexico, KeyWest, Puerto del Plata and San Juan. All sailings include a stop at The Beach Club at Bimini.

The Scarlet Lady is the first of four ships that Virgin Voyages has on order with Italian shipbuilder Fincantieri. The 110,000-gross-ton Scarlet Lady, with a sleek, yacht-like design, can accommodate 2,700 sailors and will have a crew of 1,150. Sir Richard Branson is Virgin Group founder. 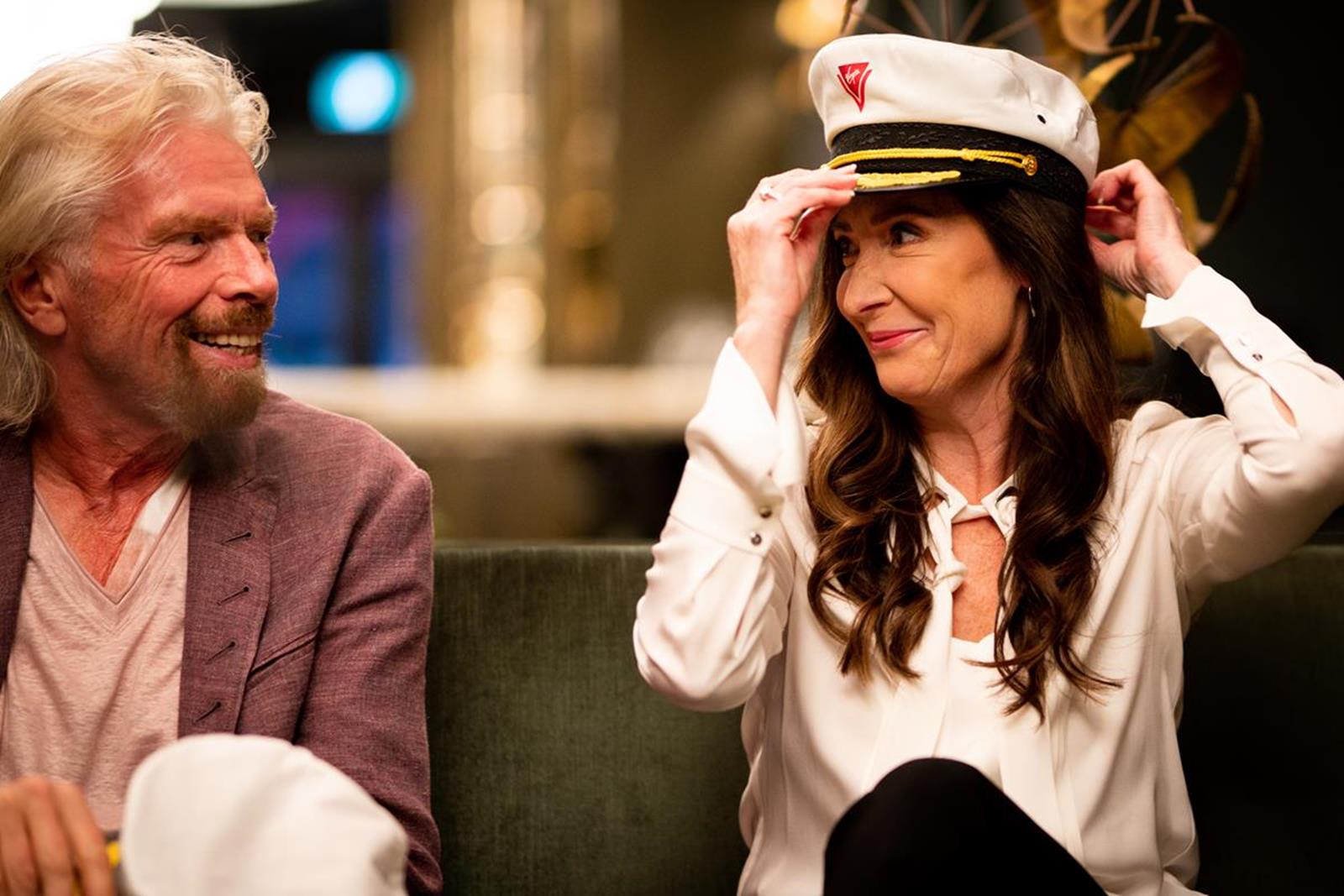 Virgin Voyages is putting a new twist on luxury. Its “Rebellious Luxe” concept offers incredible value for sailors because all the restaurants, soft drinks and fitness classes, along with a few more Virgin surprises, are included in the fare. There will be no surcharges or hidden fees. Virgin Voyages has opened up bookings for the Scarlet Lady’s inaugural season, so you can book your groups now.

By Cindy Bertram
Cindy has 15+ years of cruise industry expertise in marketing, content creation, sales and training as well as social media. Her MBA from Loyola University Chicago complements her high creative edge and liberal arts BA. She can be reached at cindy@ptmgroups.com.