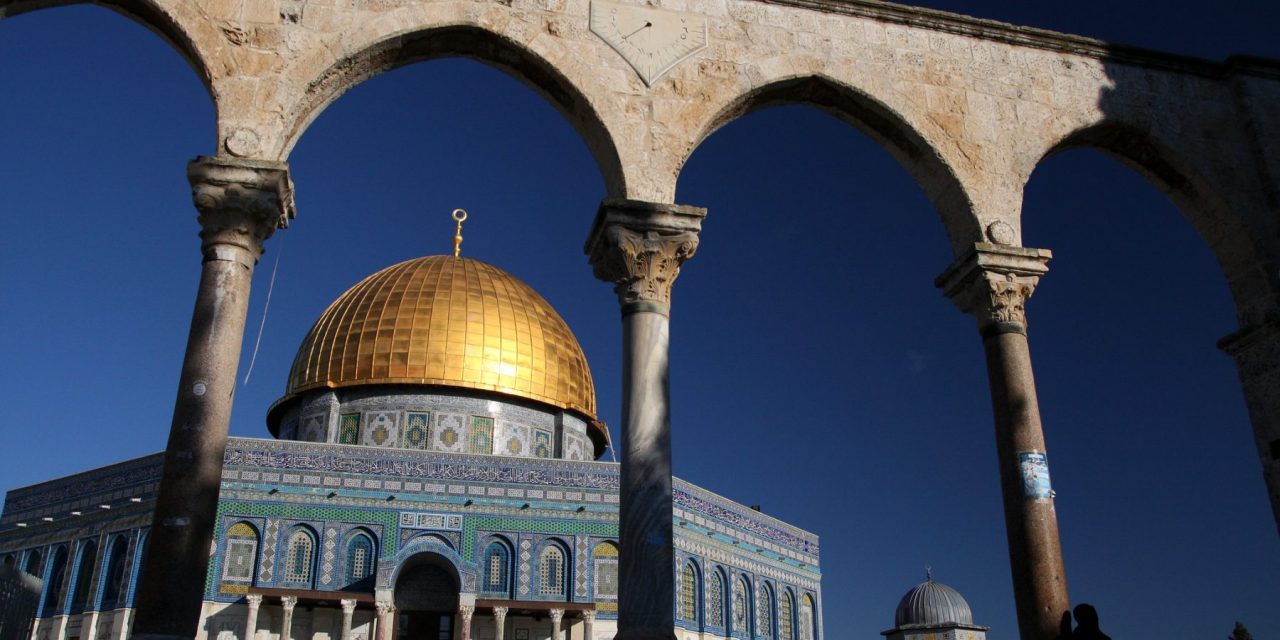 “The Lord said: go the land which I will show you.”

When embarking on a religious journey, travelers may ask themselves: what exactly is a pilgrimage? The answer: it can be whatever you want it to be. There is no such thing as a “typical pilgrim,” nor is there a one-fits-all pilgrimage itinerary. Although a pilgrimage is often a journey to an unfamiliar place, your travel group may be surprised to find that they feel more at home than originally anticipated. This list of 10 pilgrimage sites in the Middle East provides travelers with fresh ideas for their next spiritual adventure.

The Ruins of Ephesus, Turkey

The Ruins of Ephesus, the former home of the apostle Paul, is the perfect destination for pilgrims looking to more fully understand the birthplace and conception of the Gospel of John. Travelers can also walk through the House of the Virgin Mary, located about five miles outside of town on the summit of Mount Bulbul, where Mary is said to have spent her last days.

Visitors can also explore the ruins of the Basilica of St. John, the remains of a once-magnificent church that housed the Tomb of St. John. Recent restoration of the church will allow pilgrims to imagine its former grandeur and honor St. John, a beloved disciple of Jesus.

The Mount of Beatitudes, Israel

Visitors to the Mount of Beatitudes will not only be in awe of the scenic Church of the Beatitudes/Church of the Sermon but also by the stillness of the air and the unique ability to stand where Jesus himself once stood.

This site is most famous for being where Jesus, in the fourth century, delivered the Sermon on the Mount, which includes the eight Beatitudes – a collection of short proverbs that illustrate Christian ideals. Pilgrims can read from the Bible while overlooking the Sea of Galilee, the lake where Jesus selected four fishermen as his first disciples.

Overlooking Jerusalem, Mount Zion offers travelers a chance to visualize sacred events such as when Jesus instituted the Eucharist at the Last Supper, which is said to have taken place in the Cenacle (also known as the Upper Room). The Upper Room is also where the Holy Spirit is said to have descended upon the 11 apostles on the day of Pentecost.

Mount Zion is crowned by Dormition Abbey, the church where Mary is said to have passed away. Pilgrims can pay tribute to Mary by praying to her under the gorgeous mosaics inside the circular basilica and visiting her elaborate crypt.

Travelers seeking spiritual consolation or religious inspiration can climb Mount Sinai, the remote peak where Moses received the Ten Commandments from God. The 7,497-foot summit is not easily reached and requires two full days of travel, but the 2,248-foot climb is rewarded with breathtaking views and various shrines along the way such as the Church of the Holy Trinity.

The summit overlooks St. Catherine’s Monastery, a complex that dates back as early as the fourth century and home to one of the most renowned collections of ancient Christian writings and art in existence. The Chapel of the Burning Bush, the heart of the monastery, is a must-see for pilgrims, as it proudly displays the same biblical bush that is said to have caught fire when God first spoke to Moses.

Due to conflicts in this region, be sure to check with your country’s advisories regarding travel to Egypt.

The Great Mosque of Mecca, located in the birthplace of the prophet Mohammad, is visited by millions of Muslim worshippers every year. Some of those visitors are seeking to fulfill their hajj and ‘umrah pilgrimages, while others may visit simply to see the Ka’bah – Islam’s holiest shrine, to which Muslims all over the world pray at least five times a day.

The hajj pilgrimage involves a series of rituals performed at the Great Mosque of Mecca that aims to encourage harmony and humility among Muslims as well as the deepen their Muslim faith. The hajj is one of the five pillars of Islam, and its completion is a requirement for all Muslims. The ‘umrah pilgrimage, which also takes place at the Great Mosque, is less laborious than the hajj and is recommended for Muslims rather than obligatory. Whether it be travelers’ first experience in Mecca or their hundredth, the splendor of the Great Mosque is bound to make a lasting impression.

Sunset Prayers at the Great Mosque

At the peak of the hajj pilgrimage, pilgrims travel to Arafat, which symbolizes the beginning of man’s creation. Some pilgrims scale Mount Arafat, the mountain on which the prophet Mohammad is believed to have delivered his final sermon, while others stand in its valley. All visitors, Sunni and Shia Muslims alike, are searching for renewal and forgiveness from Allah during this memorable ritual.

Al-Masjid an-Nabawi (The Mosque of the Prophet), Saudi Arabia

The most revered mosque in Islam, located behind The Great Mosque of Mecca, is the Mosque of the Prophet, which was built in 622 A.D. by Mohammad himself. Today, the mosque is about 100 times bigger than the original structure built by the prophet and can accommodate hundreds of thousands of pilgrims.

Travelers won’t want to miss out on visiting the Dome of the Prophet, which is home to Mohammad’s tomb as well as those of early Muslim leaders Umar ibn al-Khattab and Abu Bakr. Pilgrims are encouraged to pray in the ar-Rawdah inside the mosque because it is said that all prayers spoken in this cramped room are indisputably accepted.

The Western Wall, one of the most revered sites in the Jewish religion, is the last remnant of the Second Temple destroyed by the Romans in 70 A.D. The wall, also referred to as the Kotel, represents both pride in the Jewish religion and collective mourning for all Jews who have been persecuted.

Pilgrims can pay their respects to the landmark, join others in prayer, celebrate Jewish holidays and even write a note to God by inserting a prayer card in between the bricks of the wall.

The Kotel in Jerusalem

Pilgrims to Jerusalem must plan a day to take a breath and enjoy the beaches of the Dead Sea, the lowest point on Earth and a place whose waters offer spiritual healing, peace and rich knowledge of Jewish history.

Known for its extremely salty composition, the Dead Sea is abundant with minerals that draw toxins from the body. Travelers will not only enjoy swimming in the vibrant blue waters, but they will also feel more connected to the teachings of the Torah and more fully understand Ezekiel’s promise to “sweeten” the Dead Sea one day.

Pilgrims can also tour the Qumran Caves that are on the northwestern shore of the Dead Sea and explore the arid terrain where the Dead Sea Scrolls were discovered. The scrolls are undoubtedly the most influential historical record of Jewish life in the Second Temple period and are recognized as the oldest known record of the Torah.

The Bahá’í faith, established in 1863, is one of the world’s youngest religions. Bahá’ís recognize several prophets such as Jesus and Mohammad and believe that all religions’ origins are legitimate and significant. Consequently, followers of the Bahá’í faith work towards the unification of all mankind and the celebration of diversity.

Bahá’ís are encouraged to embark on pilgrimages to multiple shrines including that of Bahá’u’lláh, the founder of the religion himself and, according to Bahá’ís, the most recent manifestation of God. Pilgrims can admire the nearby Mansion of Bahji and pray in the place where their founder spent his final days.