These are the Iconic Sights that make Minnesota, Minnesotan

A trip to Minnesota is not complete without seeing signature sights like Mall of America, the SPAM Museum, the World’s Largest Boot and the source of the Mississippi River in Itasca State Park. 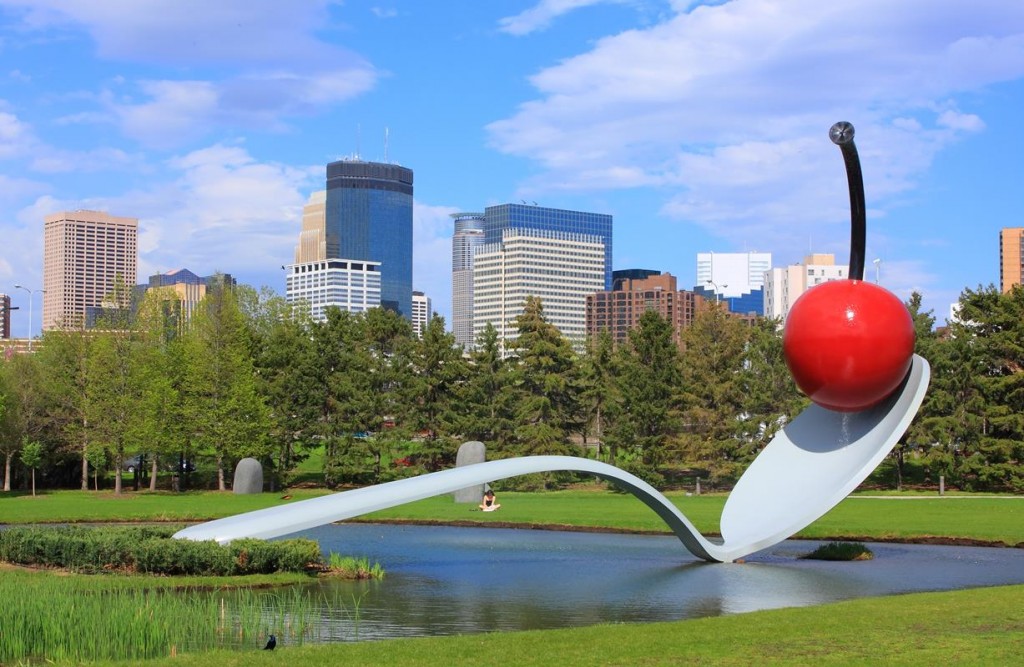 Any group visit to Minnesota has to include a few of the state’s one-of-a-kind attractions—special places prime for photo opportunities and bragging rights. Here are seven of those only-in-Minnesota sights that always add pop to a tour itinerary:

This whimsical water installation draws visitors to the heart of the Minneapolis Sculpture Garden, an 11-acre green space with more than 40 sculptures from the Walker Art Center’s collection. Spoonbridge and Cherry has been a city symbol since its completion by Claes Oldenburg and Coosje Van Bruggen in 1988. The spoon tips the scale at 5,800 pounds and the cherry weighs 1,200 pounds. The free-admission garden, a crown jewel of the city’s park system, is located just across the street from the Walker Art Center, one of the nation’s most visited contemporary art museums and famous for its cutting-edge 20th century art. Within the sculpture garden is the small Cowles Conservatory.

The opening sequence of a beloved 1970s TV sitcom set in Minneapolis is memorialized by an eight-foot bronze statue on Nicollet Mall in the downtown shopping core. To the tune of “Love is All Around,” the scene of a tam-tossing Mary Richards, the main character in The Mary Tyler Moore Show, was filmed partially in front of Dayton’s department store (now Macy’s) on the 12-block transit corridor reserved for pedestrians, bicyclists, taxis and buses. Many tourists assume the pose next to Mary, appearing to fling a hat into the air. Nicollet Mall buzzes from morning to night, offering scads of stores, restaurants and sidewalk cafes. Visitors gravitate to Target’s two-level flagship store and the three indoor shopping malls—City Center, IDS Crystal Court and Gavidae Common (with downtown’s largest food court). Buses are free along the mall, and the Minneapolis Farmers’ Market holds forth every Thursday from May to October.

Located 15 minutes from downtown Minneapolis and Saint Paul, this retail magnet for the Upper Midwest draws more than 40 million visitors a year to its 520 stores and restaurants, making it far and away Minnesota’s most popular destination. A city unto itself, the nation’s largest shopping and entertainment complex—all under one roof—contains the largest indoor amusement park, Nickelodeon Universe—and even has its own zip code. It would take 86 hours if you stopped in every store for 10 minutes. Talk about shop ’til you drop! And remember, Minnesota imposes no sales tax on clothing and shoes. The next phase of the megamall’s expansion is set for completion in 2015.

A favorite for generations of Americans, SPAM has been manufactured in Austin since 1937 by Hormel Foods Corp., one of the largest food production companies in the world. Celebrating the luncheon meat in the navy blue-and-yellow pull-tab can, the fun museum is a wonderland of memorabilia, from radio jingles and TV commercials to a letter from Gen. Dwight Eisenhower recognizing the importance of SPAM to his troops during World War II. On a make-believe production line you can don a white butcher coat and race against the clock. The gift shop sells hundreds of different SPAM logo items and every variety of the meat. Not far from the museum, the Hormel Historic Home gives insight into the life of George Hormel, who founded the meat-packing company. In the red-brick mansion, groups can take part in a cookie bake and/or enjoy a traditional German lunch buffet.

The Red Wing Shoe Store & Museum displays the world’s largest boot, created in 2005 for the company’s centennial. It’s a size 638½ D, stands six feet tall and weighs 2,300 pounds. Tours of the factory are available from May through October. Other diversions in the scenic Mississippi River town include stage entertainment at the 1904 Sheldon Theatre, gaming at Treasure Island Resort & Casino, two wineries and the fall foliage that blankets the bluffs. The Pottery Shopping District on Old West Main features the new Red Wing Pottery Museum in the former Minnesota Stoneware Co. building and Red Wing Brewery, which recently re-opened after a 60-year hiatus. 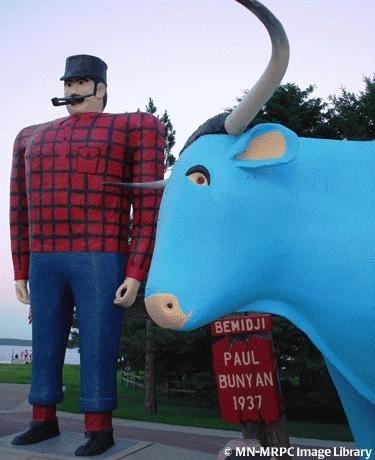 On the shores of Lake Bemidji in downtown Bemidji, in a landscaped parking area next to the visitor information center, stand the massive statues of Paul Bunyan and Babe the Blue Ox, a photo opportunity if there ever was one. The colorfully painted northwoods folk heroes have awed millions of vacationers since 1937. Made of steel, cement and wood, the giant statues are touched up each year before the summer tourism season begins. Four blocks west of the mythical lumberjack and his trusty ox is the Bemidji Woolen Mills outlet store, which brims with the warm clothes it’s made for loggers and outdoorsmen since 1920. Another group favorite: The historic Chief Theater, home to the Paul Bunyan Playhouse, a professional summer stock company.

A tree trunk sign greets tourists who make pilgrimages to the Mississippi River Headwaters site, where the mighty river begins as a humble stream flowing out of Lake Itasca on its 2,552-mile journey to the Gulf of Mexico. A trail leads from the Mary Gibbs Mississippi Headwaters Center to the Headwaters Post, where some people wade across the river’s source while others negotiate the neatly placed stepping stones. Outdoor display panels and exhibits in the Headwaters Center discuss the river and early explorers. Minnesota’s first state park, established in 1891, also offers an excursion boat, a historic lodge with restaurant and exhibits about regional lore in the Jacob V. Brower Visitor Center. The town of Park Rapids, a gateway to the park 20 miles south, has an attractive three-block shopping district along Main Avenue, plus a number of summer theater options. Nearby is Tamarac National Wildlife Refuge, a place to see migratory waterfowl and lush beds of wild rice grown by the Ojibwe.