The Southern Literary Trail: a Call to Pick up That Novel 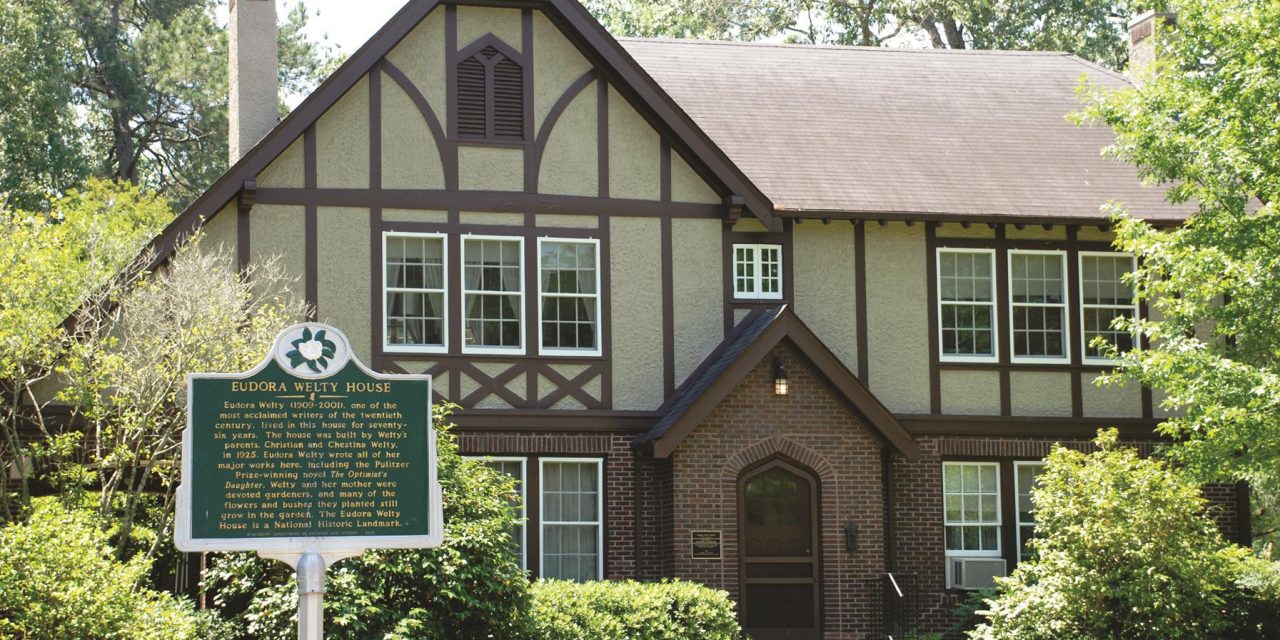 Have you been neglecting that abandoned, dusty book that’s been sitting on your shelf? Or, maybe you’re a bibliophile who can’t leave the house without a book in hand. In either case, you can embark on a journey that will embrace your love of literature when you visit the Southern Literary Trail. The trail is the first tri-state literary trail in the United States. It celebrates acclaimed 20th century writers and playwrights of Mississippi, Alabama and Georgia. Here you’ll get to know the pillars of American literature: Lillian E. Hellman, Flannery O’Connor, Tennessee Williams and many more. Here are some of its stops:

Born in 1909 in Jackson, Welty is considered an important author of the 20th century. Her novel The Optimist’s Daughter won the Pulitzer Prize in 1973. Her house in Jackson is designated a National Historic Landmark and is open to the public. eudorawelty.org/the-house/

Columbus is the birthplace of Tennessee Williams, a Pulitzer Prize-winning playwright known for writing A Streetcar Named Desire and The Glass Menagerie. He lived in this colorful 1875 Victorian home, which today is regarded as a National Literary Landmark. visitcolumbusms.org/places-to-visit/ tennessee-williams-home-and-welcomecenter- c-1875/

This center, which is an archive and museum dedicated to the preservation, interpretation and dissemination of African American history and culture, honors the work of Margaret Walker. Walker became the first African American poet to receive the Yale Younger Poets Prize, for her debut collection For My People. Open to the public, the center houses significant records like the papers of Walker and a large oral history department that includes nearly 2,000 interviews. jsums.edu/ margaretwalkercenter/

The Wren’s Nest is a cultural center that celebrates the timeless legacy of the Brer Rabbit tales and promotes the art of storytelling. This center is an educational resource for students of Atlanta as well as creative junkies. Doubly, it serves the community as a literary museum. wrensnest.org

This home is the birthplace of the legendary Gone with the Wind, Margaret Mitchell’s first and only novel. Today, her home functions as a literary museum and place of literary meditation. It also is a property listed on the National Register of Historic Places. exploregeorgia.org/ atlanta/arts-culture/museums/margaretmitchell- house

This educational center, where Lillian E. Smith lived and worked, is also a retreat for artists. Named after the author of Strange Fruit and Killers of the Dream, the center is surrounded by beauty and is an ideal location for recreational, social and instructional activities. Today, it functions as a residence for aspiring writers as well as a center for visitors. piedmont.edu/lillian-smith-center

Southern Gothic author Flannery O’Connor is a literary titan. She is the three-time winner of the O. Henry Award and posthumous winner of the National Book Award for Fiction for The Complete Stories. At her childhood home, visitors can imagine what growing up was like for young O’ Connor. The building, which now operates as a museum, carries rare books within its library. flanneryoconnorhome.org

The Monroe County Museum does not solely operate as a place of history, it also serves to bring newcomers and townspeople together as thousands of bookworms visit the town of Monroeville each year. It is the setting to one of the most famous American novels, To Kill a Mockingbird. Here, you’ll get to know Harper Lee, the novel’s author, as photos and memorabilia give a glimpse into her childhood. Another exhibit is Truman Capote – A Childhood in Monroeville, which focuses on the famous author’s childhood in Monroeville and how these early years are reflected in some of his popular writings. monroecountymuseum.org