The Show-Me State is Filled with Historic Theaters 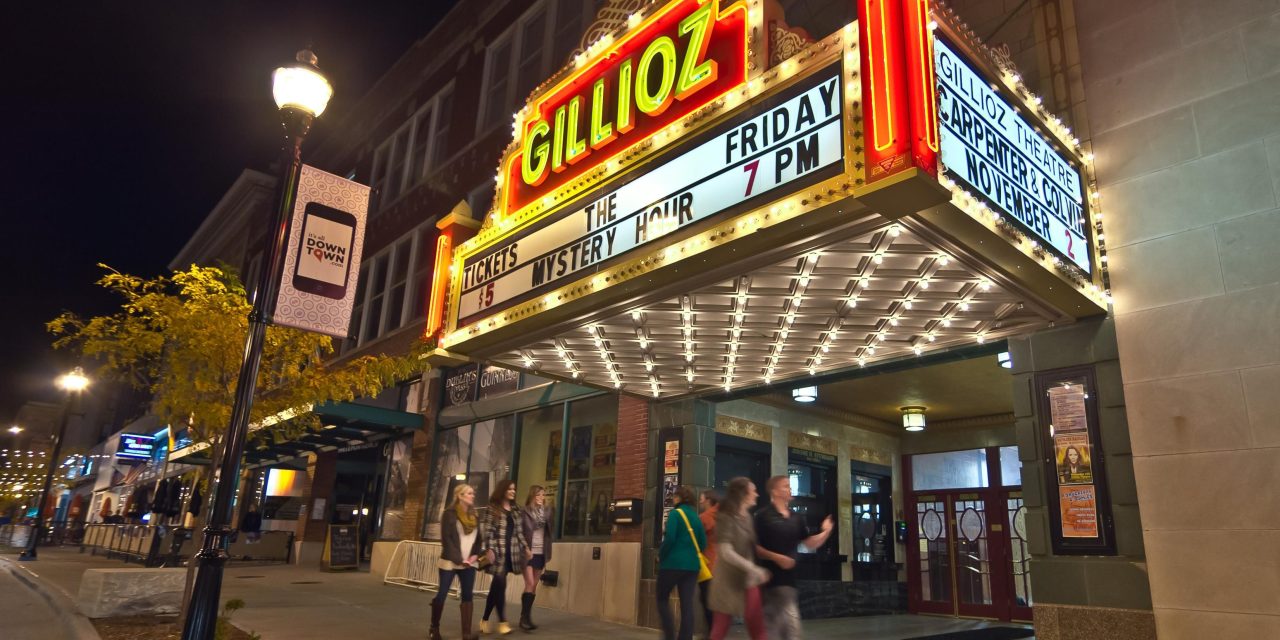 Missouri is renowned for the number of historic theaters that dot its landscape. From intimate performances in small towns to award-winning productions in big cities, Missouri’s performance venues are a theater-seeker’s delight.

Arrow Rock, Missouri, is home to less than 50 people, yet it houses a beautiful historic landmark. The Lyceum Theatre was founded in 1960 when the town came up with the idea to repurpose an old Baptist church scheduled to be demolished. The theatre began entertaining guests in 1961 and now hosts tens of thousands of guests per year. With the success of the Lyceum over the years, the town of Arrow Rock itself has risen to glory. Buildings have been restored and guests can enjoy luxuries, like air conditioning, that weren’t accessible when the theatre was founded. The intimate 416-seat auditorium makes for a unique experience where no audience member is left out of the full production experience. The theatre puts on around eight shows per year in various genres, so there are shows for all kinds of viewers. High-caliber productions like “Into the Woods,” “My Fair Lady,” and “The 39 Steps” are only a few of the shows featured at this amazing venue. (lyceumtheatre.org)

Located in Springfield, Missouri, this historic theatre is both unique and beautiful. M. E. Gillioz opened the theatre in October of 1926, securing a one-hundred-year lease on a building that was 16 feet wide. The goal was to garner patrons that were travelling along Route 66. The theatre featured many types of shows and acts up until its final show, an opera, in 1980. Currently, it acts as a concert venue, hosting musicians and stand-up comedians among other performers. Past performers have included Kacey Musgraves, Billy Ray Cyrus and Dave Chapelle. Though the theatre is relatively narrow, it does seat more than one thousand guests. When there aren’t concerts being hosted, the theatre shows an array of movies. The Gillioz Theatre is a never-ending source of entertainment for all ages. (gillioztheatre.com) 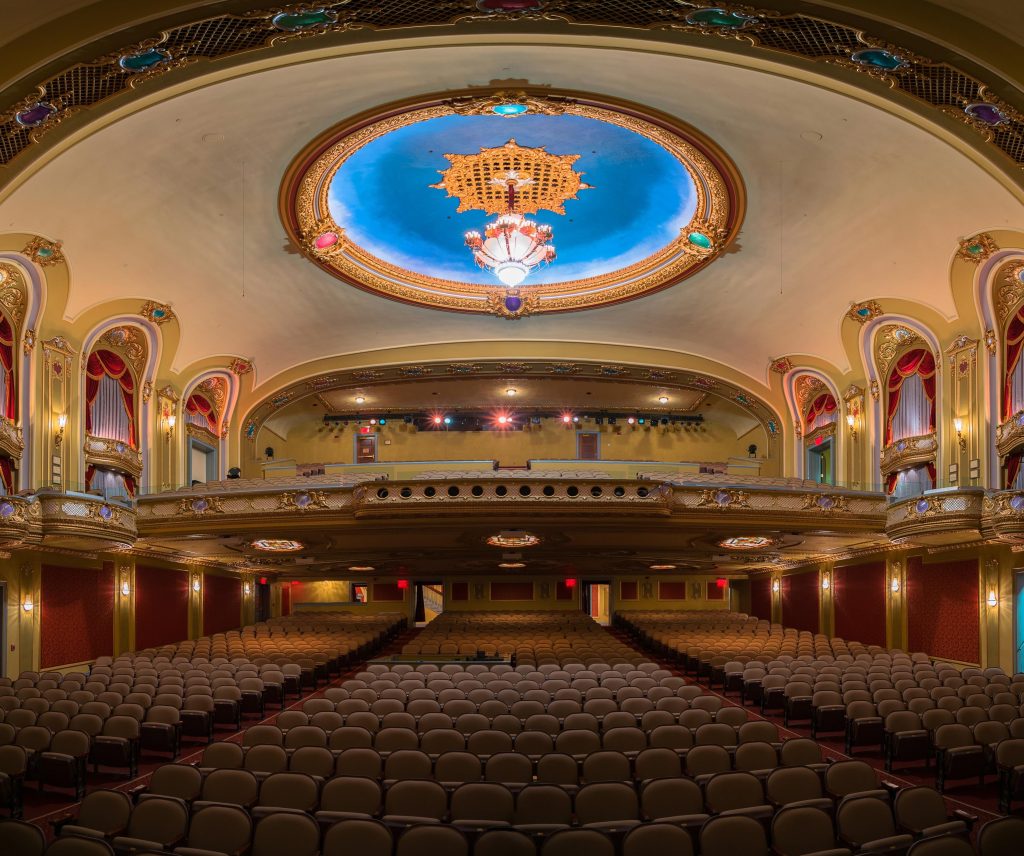 The Missouri Theatre in Columbia is a quaint venue, sitting 1,200 guests for various types of events.

Opened in 1928, this theatre is central Missouri’s only remaining vaudeville stage. The venue is immersed in opulence, with interior design styles inspired by the Baroque and Rococo periods of art and architecture. Designed with the Paris Opera House in mind, you’ll be surrounded by splendor as you enjoy the show. The shining star may just be the 1,800-pound chandelier in the center of the ceiling. Despite the extravagant environment, the theatre hopes to promote accessibility to the general public by making shows as affordable as possible. This is another quaint venue, sitting 1,200 guests for various types of events. From orchestral performances to film festivals, this theatre does it all. (https://concertseries.missouri.edu/ ) 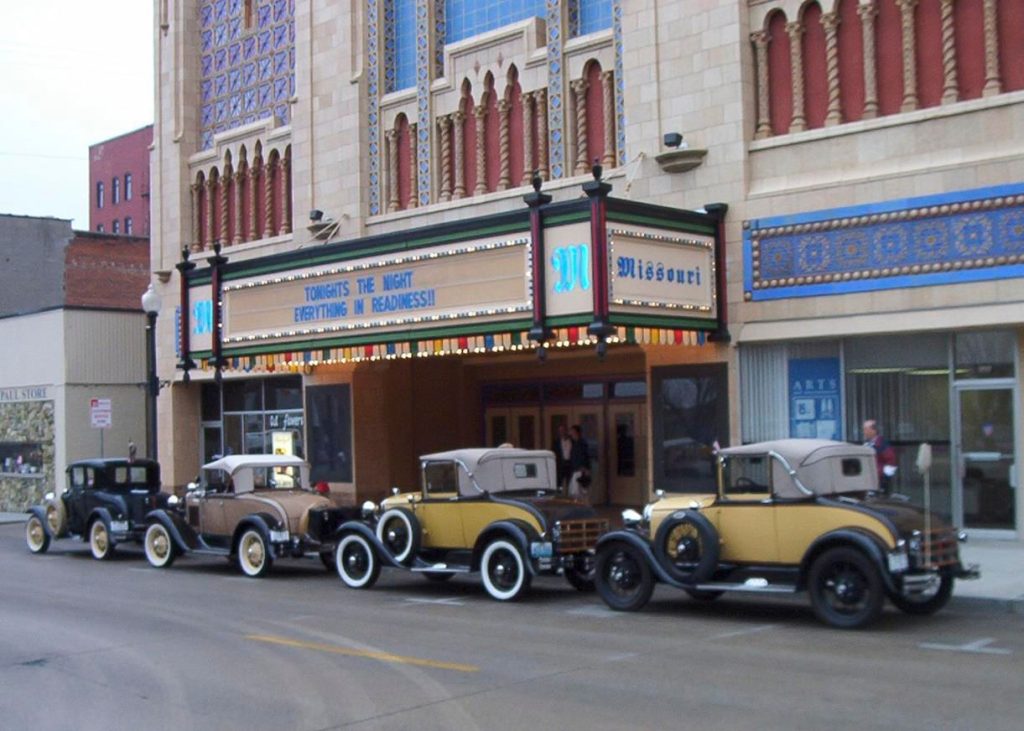 The Missouri Theatre in St. Joseph opened in June of 1927 as a picture house, charging twenty-five cents for admission. Recent renovations have restored its glory.

The Missouri Theater in St. Joseph is home to many creative groups that are passionate about sharing their art with the world. It was designed with dynamic performances in mind, featuring an orchestra pit, fly loft and even a Wurlitzer theater organ. Musicians, performers and events have been hosted at this St. Joseph landmark. Some of these groups include a theatre troupe and the American Girl Doll Club. This beautiful theater was designed to be intricate and enchanting with its lush decorative elements. The exterior of the building itself is enticing, with its art deco details. It opened in June of 1927 as a picture house, charging twenty-five cents for admission. Recent renovations have restored its glory. (stjosephmo.gov/247/Missouri-Theater)