The Future of Student Travel is Looking Bright 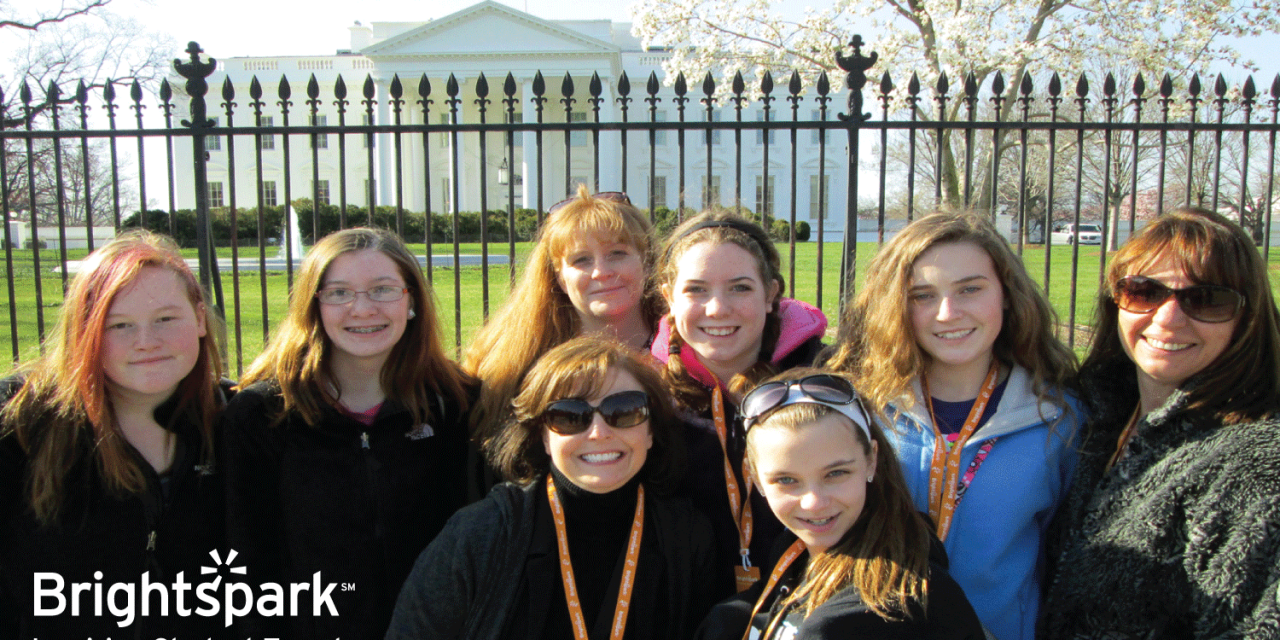 Travel is a gift, passed down from generation to generation. It is a privilege and experience every youth should have. Mike Schields agrees with these sentiments. Schields is the new president of Brightspark, and he wants to give more students and youths the opportunity to travel all over the world.

Schields spent the last decade with the Globus Family of Brands, one of the world’s leading travel companies, where he helped the firm achieve some major accomplishments. Now, he’s taken on a new challenge with Brightspark, a student-focused tour operator. It was a difficult decision, Schields says, but the new position created exciting possibilities.

“There’s an opportunity here to win the hearts and minds of kids as they travel and are exposed to the joys of seeing the world,” he says. “And that is pretty powerful from my perspective.”

Brightspark is a member of TUI Travel Group of Companies, one of the largest and most successful travel companies in the world. Over 240 brands fall under the TUI umbrella including 57 brands in the U.S like Europe Express, Gulliver’s Travel, Adventure Center and iExplore.

Recently, Brightspark underwent a brand overhaul to better establish its name in the student travel industry. “Basically there were four companies that did close to the same thing and had complementary business models,” says Schields. So they decided to aggregate the four and combine them under one common brand. “The name is established now, and the goal is to grow and prosper and attach top quality and service to that name.”

And Schields is ready to take on that mission, as well as his new role, which requires him to have an overarching view of all activity. “It’s basically looking at every aspect of the operation and optimizing it and enhancing it,” he says. “From sales to product development to operations to marketing to communications.” In each of those entities, Schields wants to become the best in the industry, and he believes having a common goal will take the company in the right direction.

And that direction is to make Brightspark a bellwether in the student travel industry. He seeks to improve service levels, increase support and create some differentiation in the products Brightspark offers. Currently, the company’s primary product is the Washington, D.C. trip, as well as some additional destinations such as Boston, New York and Orlando. Brightspark also has a strong performance and events division, which is showing growth. But there is a lot more potential out there, especially since the student and youth travel industry has shown significant growth in recent years.

Young people are traveling more and spending more, according to a new report from the World Youth Student and Educational Travel Confederation (WYSTEC). In 2012, young travelers accounted for $217 billion of the $1.088 trillion tourism “spend” around the world, the largest increase of any group of travelers. This segment now represents 20 percent of international tourism.

Schields expects the growth to continue. “Every year, you’ve got a pipeline of millions of new kids that are potentially travel customers,” he says. “We have kids coming through who want to travel, who want to see things.”

In order to take advantage of the growing number of student and youth travelers, Schields believes Brightspark needs to stand out from the crowd. There is room in the industry for different styles, Schields says. The company has the opportunity to create something unique and offbeat, as opposed to offering a cookie-cutter eighth grade trip. And that differentiation could come in the form of special tours, lessons and programs that help to cultivate a student’s life.

It isn’t just the amount of travel that has changed; the very nature of it has, too. WYSE Travel Confederation’s report found that the reasons for people traveling have shifted significantly, and the motivations behind it show a rise in cultural tourism. More than ever, young people want to enrich their lives and are traveling to gain work, educational and cultural experiences. Young travelers are touring the world in order to improve their resumes, according to the report. In fact, 22 percent of young travelers want to learn a language, 15 percent want to gain work experience and 15 percent travel to study.

The desire to better oneself through travel is a concept with which Schields is very familiar. When asked why student travel is so important, Schields’ first response was that it breaks down barriers. “It’s the best way for kids to be exposed to different ways of life and different ways of thinking,” he says. “It educates beyond the classroom.”

And this is what students and youths are seeking, an experience that is completely foreign and exotic. The WYSETC study found that the places young people are traveling to are changing and reflect this trend. They are spending less time in major gateway cities and exploring more remote destinations. The reason for this, according to Schields, is that many kids today have well-traveled parents, and, as a result, are very well traveled themselves. This means they’ve been to many of the major U.S. cities, including Washington, D.C., and New York, and are now looking to visit more exotic destinations, including places in Central and South America, two of the biggest up and coming markets for travel.

While this creates more opportunities for travel companies to build new itineraries, it is also a challenge, says Schields, as many companies are already in the market promoting these types of trips. Brightspark has already started working the international market, and it is progressing well, according to Schields. But there is certainly more potential and Brightspark is looking to take it to the next level.

“I’m super excited at the opportunity,” says Schields. “I think there’s a tremendous amount of potential. It’s a great company, a great brand. [And] we’re going to make it better.”