If you’re looking to plan a trip to the world’s best black diamond/other extreme runs and resorts, we’ve got all the information you need to know.

As one of the most popular and oldest winter sports, skiing has been a favorite wintertime activity for people around the globe since the mid-1800s. According to National Geographic, the beginning of the sport dates back nearly 500 years to China. Extreme skiing is a more recent phenomenon.

Called the “Godfather of Extreme Skiing” by Smithsonian magazine, Yuichiro Miura skied down Mt. Everest in 1970, a feat that some believe started this advanced form of skiing that acts like a sport of its own. Held from 1991 to 2000 and believed to have sparked the idea for the X Games, the World Extreme Skiing Championships fueled the growth of the sport and made it the thriving recreational activity that it is today.

If you’re an extreme skier yourself and are looking to plan your next adventure, here are some safety tips as well as three of the best places in the world to go. 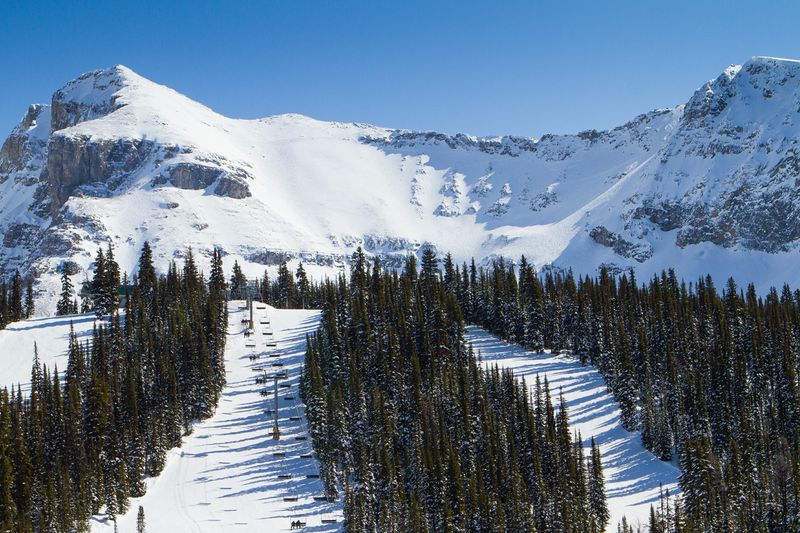 A view of Delirium Dive along Banff’s Goat Eye Mountain, which is part of the Canadian Rockies.

(From breckenridge.com and the Centers for Disease Control and Prevention) 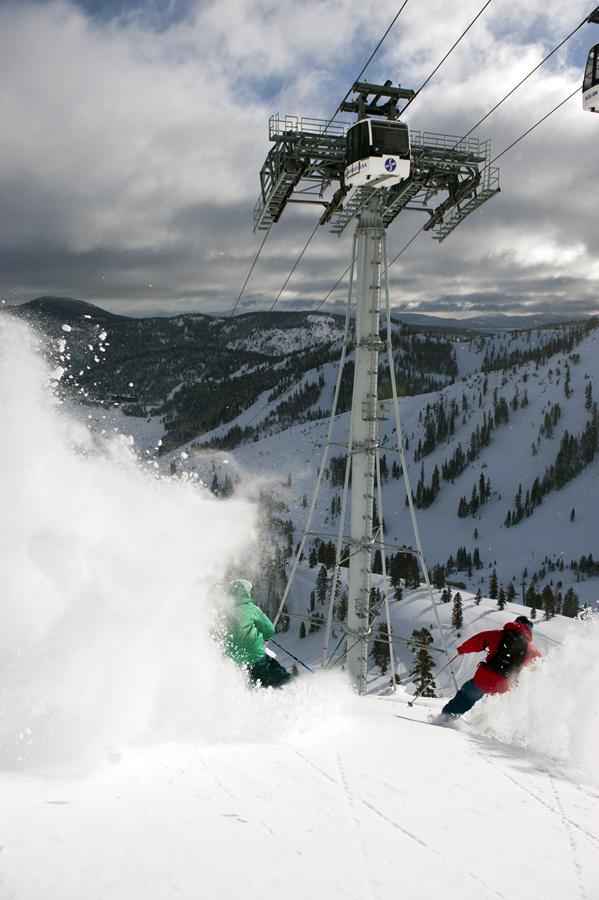 Like these two enjoying a run in Squaw Valley, many extreme skiers decide to ski in pairs to stay safe.

So you’ve got your gear, your buddy and you know all the safety precautions. Now, what slopes should you hit on your big extreme ski getaway?

Why You Should Try It: Arguably the Alps’ most well-known on-piste couloir, Grand Couloir is so extreme that some skiers can’t even make it to the run itself. According to Travel + Leisure, daredevils take the Saulire Télépherique cable car to the top of the couloir, then must face a 200-meter-long ridge that’s dangerously narrow and often coated in a sheet of ice once they’re off the lift. Both sides of the ridge offer rocky edges and steep drop-offs, and once you’re past that, you must master the steeply angled chute and the choppy bump field that follows. There are two other couloirs in Courchevel, but this is the only one that’s marked on the piste map.

Why You Should Stick Around: Courchevel is part of the Les Trois Vallées (“The Three Valleys”), which is the largest connected ski area on the planet. The area includes four satellite villages, but is most known for what used to be called Courchevel 1850 for its altitude in meters. The resort village has since been re-named to simply Courchevel, and with famous visitors such as Prince William and Kate Middleton, it’s no surprise that this group of luxurious chalets was given a more identifiable name. The village consists of 11 five-star hotels, two of the most popular being Alpes Hôtel du Pralong with its Turkish baths and direct access to the slopes and Hôtel La Sivolière situated atop the slopes themselves. 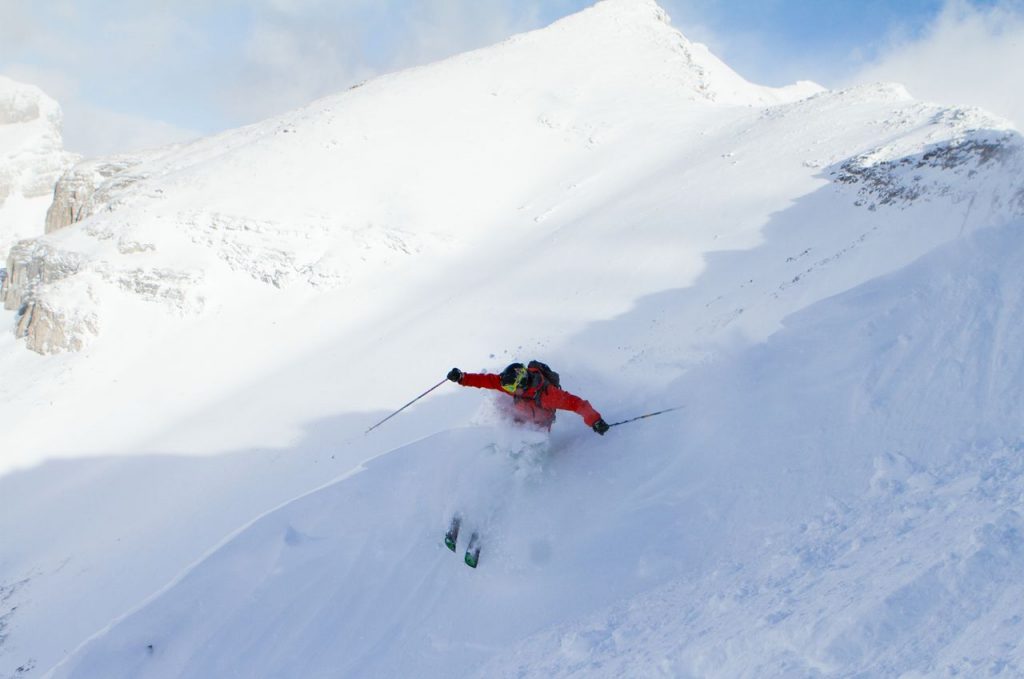 Why You Should Try it:Delirium Dive is located on Goat’s Eye Mountain in the Canadian Rockies and is arguably the most difficult run in the area (it’s often a toss-up between “the Dive” and Wild West, a similar off-piste run). According to Lindsay Gallagher, Sunshine Village media & marketing assistant, skiing here has the potential of being dangerous enough that everyone is required to carry an avalanche transceiver, shovel, probe and travel with a partner. The run is part of the 25% of the mountain that’s considered expert terrain, and to keep it that way there is nowhere to rent the required safety equipment nearby, limiting it to experts who bring their own. Named one of the top off-piste destinations in the world, skiers braving Delirium Dive can’t see the bottom when they first start. At around 50 degrees, Travel + Leisure calls its pitch “ludicrous,” so before you try it, consider taking a private lesson from Sunshine Village’s ski school specific to the run.

“This ski run gives expert skiers and riders an opportunity to push themselves and try something new,” Gallagher said. “The bragging rights don’t hurt either.”

Why You Should Stick Around: Sunshine Village sits in the middle of Banff National Park, along the continental divide in an area that, according to Gallagher, gets a great deal of “Champagne powder” every winter that covers its three skiable mountains. Here, it’s possible to ski in two provinces at once-Alberta and British Columbia. With over 3,300 acres of skiable terrain, 107 named runs, 12 lifts, a high-speed gondola and a 12-acre terrain park with over 50 features, it makes sense why they average 500,000 skier visits per year. Gallagher says the village is unique because it relies solely on all-natural snow using a technique called snow farming to move snow around the mountain. Skiers looking for lodging that will offer them direct access to the slopes stay at Sunshine Mountain Lodge, Banff’s only ski-in, ski-out lodge. This luxurious eco-boutique hotel offers first-class dining, the area’s biggest hot tub and a West Wing with rooms boasting jet tubs and heated floors.

“Sunshine Village is accessible only by gondola—guests park at the base of the resort and take a scenic 20-minute trip up the gondola to the village,” Gallagher said. “We are the only gondola-access resort in the Canadian Rockies.” 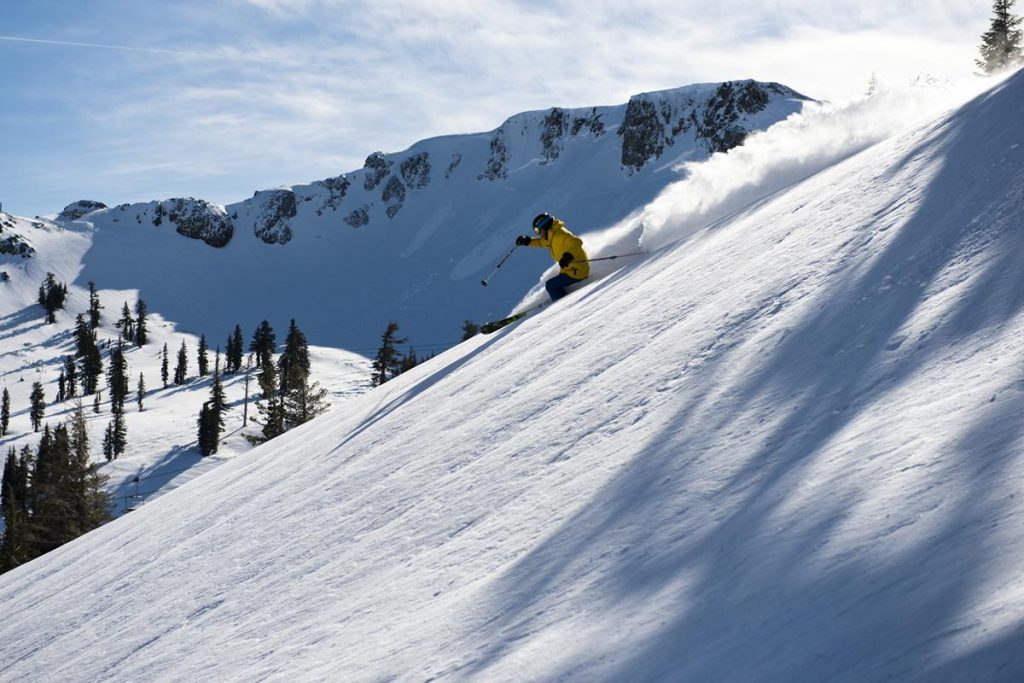 A skier enjoys another difficult run in Squaw Valley, while the Palisades sit in the background.

Why You Should Try It: “The Palisades isn’t an area of the mountain where the lift drops you off,” Squaw Valley spokesperson Tegan Firth Kopilenko said. “It takes a little more work to get there.”

According to Kopilenko, difficult access, narrow chutes and steep drop-offs make the Palisades Squaw Valley’s most extreme skiing area. Actually a series of four different runs, the Palisades is a black diamond area of the mountain that includes the National, Extra, Main and Chimney runs. Part of what some call “Squallywood,” this area is populated by skiers and snowboarders alike who come here to show off and be seen. Kopilenko agrees with the CNN article that says watching the expert skiers tackle the Palisades is almost as exciting as conquering them yourself. If you want to kick back and get a front row seat for the action, Kopilenko recommends watching from the valley’s Gold Coast mid-mountain area with its multiple restaurants and the world’s first ski-in, ski-out Starbucks.

Why You Should Stick Around: “What’s great about Squaw Valley is that there is a variety of terrain,” Kopilenko said. “There’s something for everyone.”

According to Kopilenko, while Squaw Valley offers the exhilarating experience of the Palisades, it also features North America’s best top-of-the-mountain beginner area, and a good chunk of the rest of the mountain is devoted to intermediate level runs. Ranked #6 pipe and #10 resort by Transworld SNOWboarding magazine in 2013, the area attracts winter sports enthusiasts of all kinds with its five terrain parks, Olympic Ice Pavilion and 400 acres of cross-country ski trails. Kopilenko says it’s the perfect ski getaway destination for groups consisting of varied ability levels, and those who would rather take advantage of the area’s multiple off-slope attractions. These include the Olympic Museum, High Camp Pool, Sky Jump bungee-trampoline, dog sledding tours and aerial tram rides. Kopilenko says staying at The Village at Squaw Valley is desirable for its multitude of hot tubs, ski lockers and vast array of dining options. 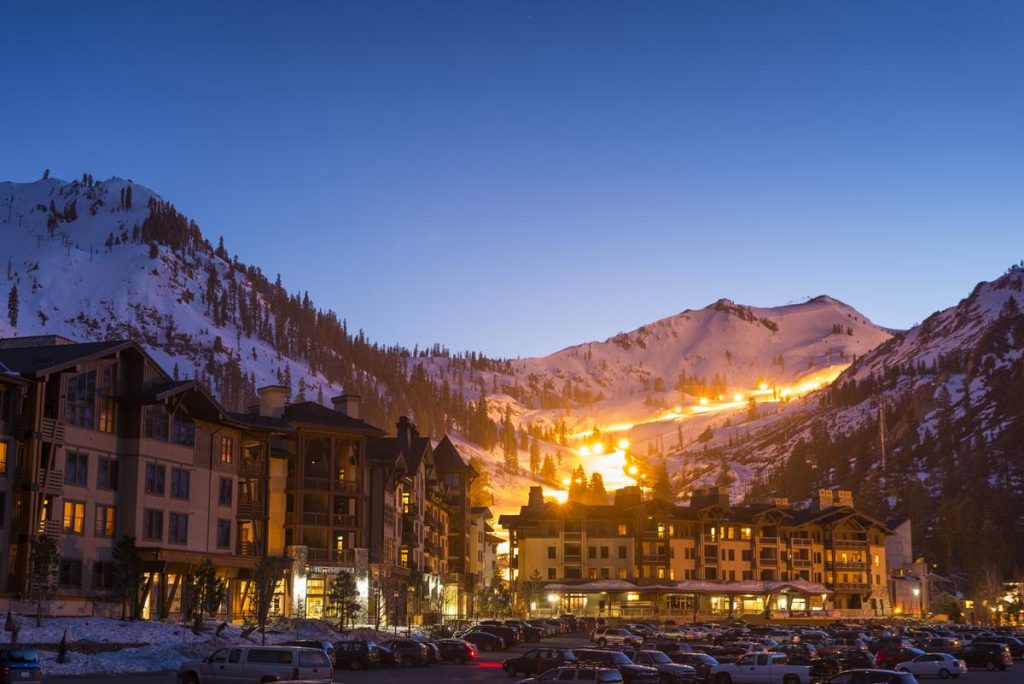 A view of the village at Squaw Valley at night, with its popular night ski runs in the background.

Whether you’re looking for runs with dangerously steep pitches, rocky drop-offs or that are just plain terrifying, these three won’t disappoint. And with a multitude of comfortable lodging options, and important safety tips under your belt, you’re ready to brave some of the world’s most extreme slopes.