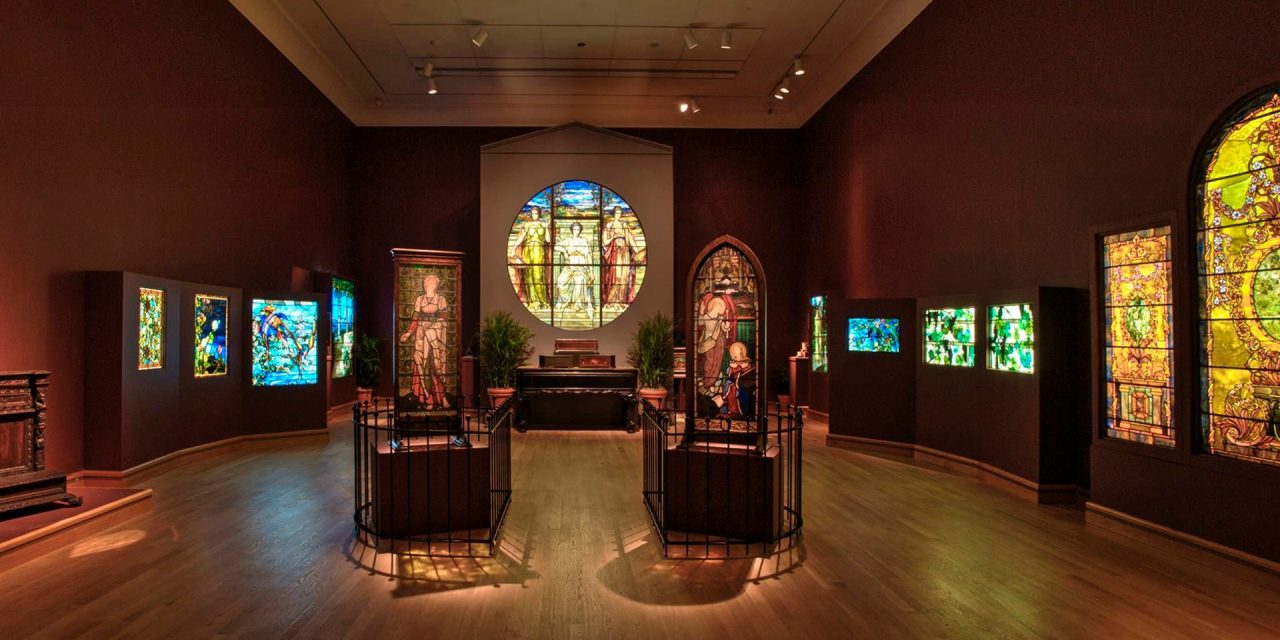 The Morse Museum in Winter Park, Florida houses the world’s most comprehensive collection of works by Louis Comfort Tiffany (1848-1933), including the artist and designer’s jewelry, pottery, paintings, art glass, leaded-glass lamps and windows, and his chapel interior from the 1893 World’sColumbian Exposition in Chicago. In 2011, the Morse Museum opened a wing to exhibit its collection of art and architectural objects from Tiffany’s celebrated Long Island home, Laurelton Hall, the largest repository of these materials anywhere.

The museum’s Tiffany collection is broad, deep, and unique. It includes fine examples in every medium Tiffany explored, in every series of work he produced, and from every period of his life. In her book The Art of Louis Tiffany, Vivienne Couldrey described Morse’s holdings as “the most important collection of Tiffany material in the world today.” Among the most fascinating objects in the Tiffany collection are the brilliantly colored windows, mosaics, marble, jewels, glass, stone, and furnishings that make up the chapel interior Tiffany created for the 1893 World’s Columbian Exposition. The variety of Morse’s Tiffany holdings ranges from his famous leaded-glass windows and lamps to the glass buttons his firm fashioned to make even life’s most humble objects expressions of beauty. The collection in addition includes examples that define him as a painter, decorator, architect, photographer, and landscape architect.