The Best 8 Train Rides in Colorado for Groups 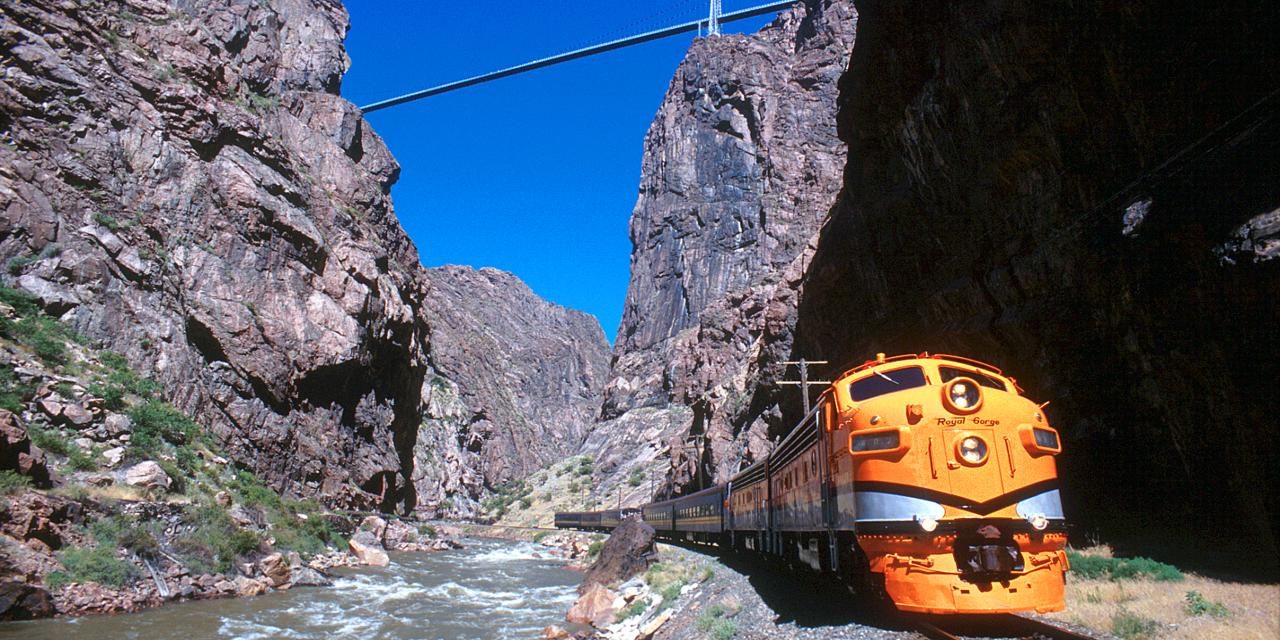 With eight train rides in Colorado catering to packaged group travel, there’s sure to be one (or more) that fits into every planner’s itinerary

Trains have certainly been a significant part of Colorado’s history. Today, that heritage comes alive along with spectacular vistas on the state’s scenic railroads. Here are our top 8 train rides in Colorado for groups. All aboard! 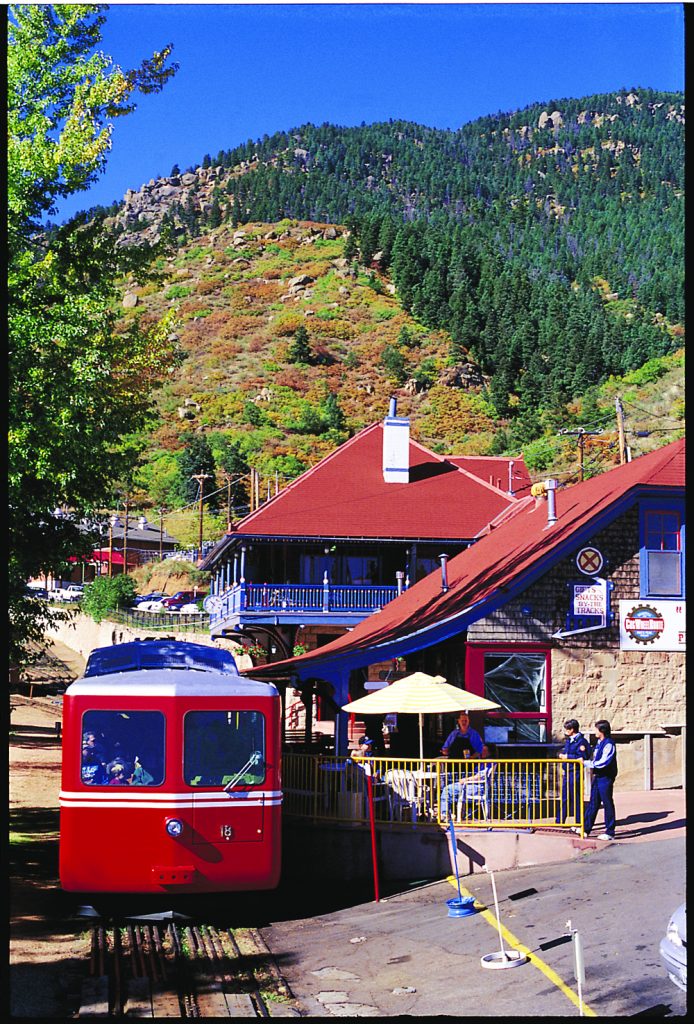 A favorite route with groups journeying to the top of Pikes Peak, the railway celebrated its 125th anniversary in 2016. As you travel to 14,115 feet above sea level, you’ll hear about the area’s frontier history and the engineering feat of building the railroad. With panoramic views of Colorado (including Denver), Utah, New Mexico and Arizona, it’s no wonder Katharine Lee Bates was inspired to pen “America the Beautiful” just after her visit to Pikes Peak. For groups of 25+, the trip includes a guided tour of Pikes Peak and lunch at Cog Wheel Market. (cograilway.com)

From the Cripple Creek depot the 45-minute ride takes passengers on a beautiful ride by the old Midland Terminal Wye and over a recon-structed trestle. The train stops near Anaconda, a deserted mining town, before returning to Cripple Creek. Opened in 1967, the line operates three narrow-gauge locomotives during the summer season. The ticket office and gift shop are next to the original terminal, which was moved to Bull Run after a 1904 fire destroyed much of Anaconda and to its present location in 1968. 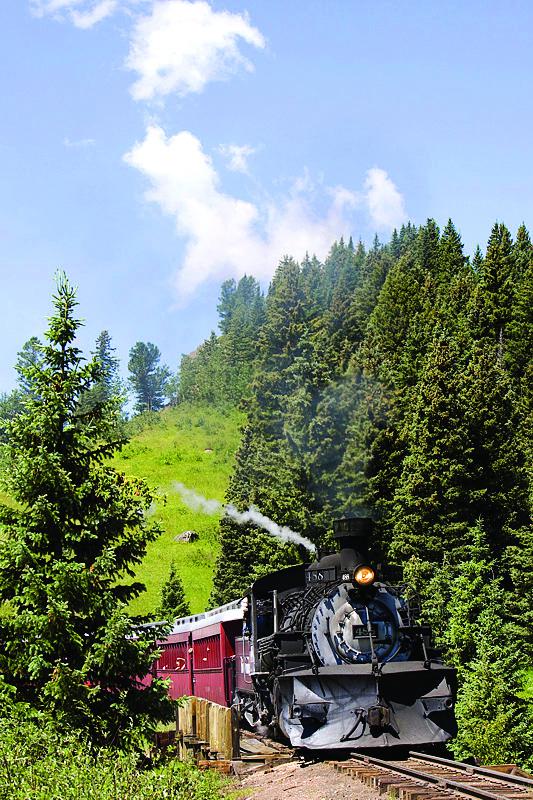 For our next train ride in Colorado, we can thank a group of railway preservationists and local civic interests for saving the most picturesque portion of track on the Rio Grande’s San Juan Extension. The repeal in 1893 of the Silver Purchase Act of 1890 was devastating to the region and the railroad. The last upgrades to the route were done in the 1920s. In 1970 the states of Colorado and New Mexico purchased the remaining track and structures. Today, groups enjoy the 64-mile day trip between Antonito, Colorado and Chama, New Mexico in either deluxe parlor car or coach car, with lunch buffet included. Special group arrangements for 20 or more are available. (cumbrestoltec.com)

The route was started in 1882 to get gold and silver ore from the San Juan Mountains, but it didn’t take long before passengers began realizing that the views were marvelous. This journey on historic, steam-powered trains travels through some of the most breathtaking scenery in Colorado. The coaches have bathroom facilities and are heated in winter. The train travels 45.4 miles each way along the Animas River. The popular Train & Bus Option is a group favorite. Vintage cars seat 40 passengers and can be chartered. For large groups the entire train can be chartered for travel to Cascade Canyon or Silverton. (durangotrain.com)

Originally serving the bustling mining towns of Georgetown and Silver Plume, the line was abandoned in 1938. By 1973 land had been acquired and construction of the railroad tracks began as part of the 978-acre Georgetown Loop Historic Mining & Railroad Park. A package popular with groups is the train ride and Everett Mine tour. Guests have an opportunity to pan for gold and keep what they discover! Groups of 20 or more are welcome.

From late May through early October the LC&S takes passengers on a 2 ½-hour journey. Along the Arkansas River Valley through the San Isabel National Forest, this train ride in Colorado rises up 1,000 feet from the valley with remarkable views of Fremont Pass and Colorado’s two tallest peaks, Mount Massive and Mount Elbert. Groups are readily accommodated with a variety of packages.

From Memorial Day through October steam locomotives depart at 9 a.m daily from Alamosa, near Great Sand Dunes National Park. Diesel locomotives depart from the charming art town of La Veta at 9:30 a.m. from early July through the end of the season. A two-hour stop at the end of each route allows for lunch and shopping. For a great summer day option, check out the Mountain Rails Live concert series. 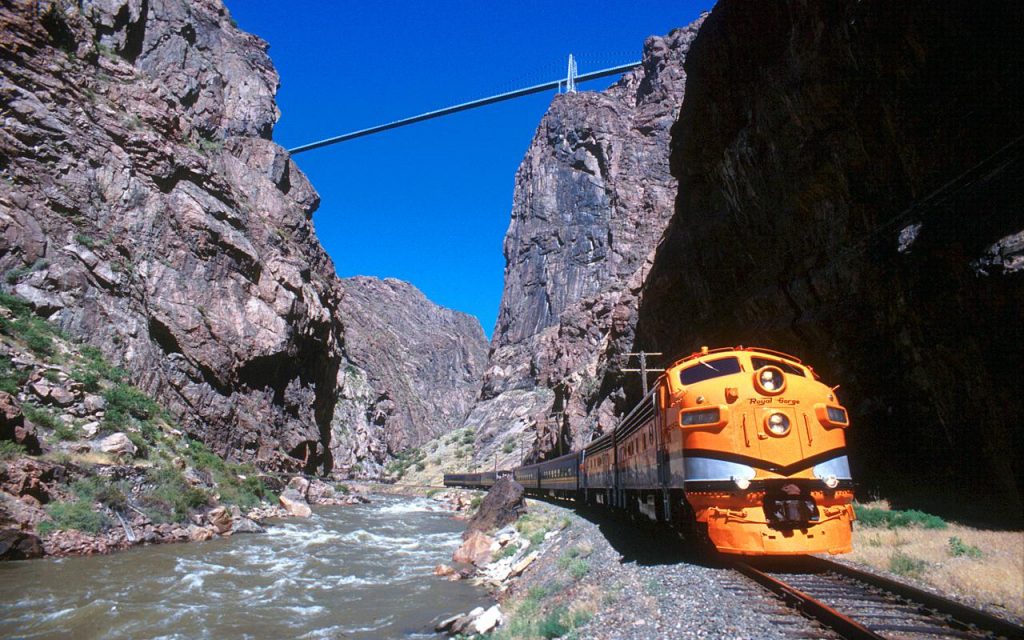 Exceptional dining options, dramatic scenery, impeccable service and the thrill of reliving 1950s-era train travel have attracted groups since the railroad’s establishment in 1998. The Royal Gorge Route features service in Coach and Vista Dome, Bar and Parlor, Club, Dinner and Murder Mystery Trains. A regular schedule begins in May and con-tinues through October, with weekend service in November and the Santa Express Train in December. Special events are held throughout the year. The Royal Gorge Route departs from the historic Santa Fe Depot in Canon City. (royalgorgeroute.com)