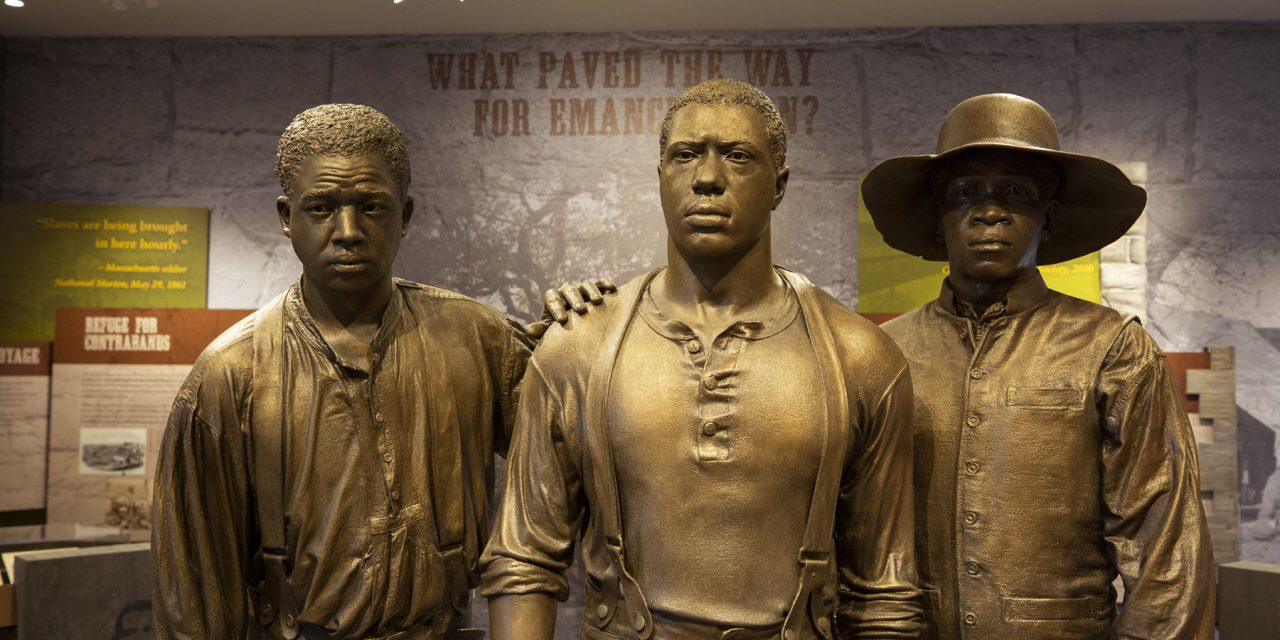 Once a story of white history only, many of Virginia’s leading historic sites are telling the tales of enslaved individuals and their families

The Commonwealth of Virginia has as rich a history as any state in the Union. The first English-speaking permanent settlement was established in Jamestown and there were seven Virginians who put everything on the line when they signed the Declaration of Independence. Eight United States presidents listed Virginia as their birthplace and Virginians’ contributions to the Civil Rights Movement are legendary. Unfortunately, the 1619 arrival of the first slaves serve as the ugly underbelly of all that’s good about Virginia. Long before the 2020 Black Lives Matter protests were heard, Virginia attractions accepted their part in slavery and began to share that historical narrative. Here’s a peek at what four leading attractions are doing to complete the story. 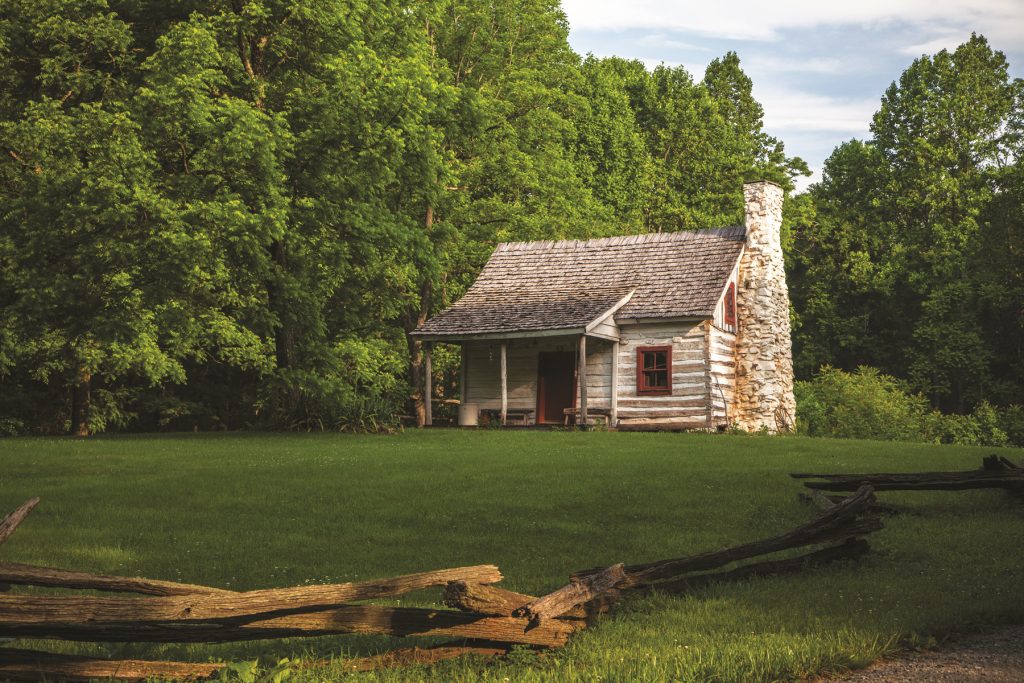 The author of the Bill of Rights enslaved more than 300 individuals. Those men, women and children made the plantation function, but their most basic human rights were denied. Through ongoing slavery interpretation and a 2017 groundbreaking exhibition “The Mere Distinction of Colour” Montpelier is honoring the lives of the enslaved.

Six ways of understanding slavery at Montpelier will challenge what you understand about American freedom. Through archaeological discoveries, it became clear enslaved people were more than property. Slavery was a $3 billion industry and at its height, 80 percent of American exports came from slave labor.

During Jefferson’s lifetime, more than 400 slaves worked the 5,000-acre plantation with 130 enslaved individuals there during any given year. Details of their lives are sparse since they were denied education and white historians made little effort to document their existence.

Getting Word is a 25-year research project conducted through personal interviews of descendants of families owned by Jefferson. The results have made a significant impact on the interpretation of life of the enslaved at Monticello. The participants in Getting Word are from families dating back to the 18th century. Jefferson has been dignified for the ideals he set forth in the Declaration of Independence, however his acknowledgment of slavery and racial attitude still affects many Americans.

Sally Hemings’ name is well-known and linked to Jefferson, but the facts are vague and little is known about this African-American woman. The details of Jefferson and Hemings’ relationship are unknown, but we do know she gave birth to three sons and a daughter.

More than two dozen additional enslaved individuals including domestic workers, skilled trade workers and field workers have their stories told in part. A dozen have the Hemings lineage while six were born into slavery at Monticello.

Monticello has made a commitment to presenting an honest narrative of the plantation’s history, through both the contributions made by our third president as well as the people enslaved at Monticello. Exploring both Monticello stories is a must visit for all Virginia tours. 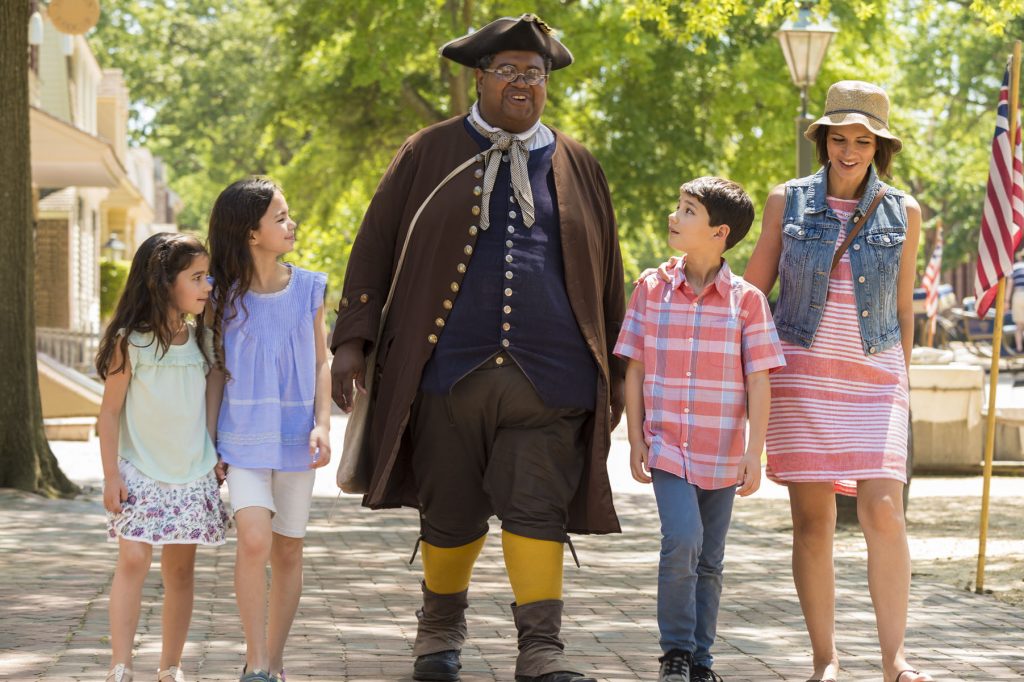 During the 18th century, more than 50 percent of Williamsburg inhabitants were black and there was a mixture of freemen and enslaved. Colonial Williamsburg’s position as the leading living history museum places it in the perfect spot to share the stories of African Americans.

Before preparing any itinerary that looks at the Virginia enslaved, visit Colonial Williamsburg’s African American Experience website and link to the online resource, Slavery and Remembrance.

This UNESCO Slave Route Project reckons with the legacy of slavery and the slave trade.

Take time on the site and understand the inhumane treatment and challenges the Atlantic slave trade had on leaving an old world and living in a new one. Sixty North America, Central America, Caribbean, West Africa and Europe sites and museums are referenced.

Colonial Williamsburg’s African American Experiences is a series of regular events that share the daily life and culture of African Virginians. Members of the Actor Interpreter Program craft their stories including that of Will Aggy, of Turkey Island, who along with her two young children were promised their freedom. After three years, Aggy won a legal battle and the freedom was granted.

Gowan Pamphlet was an enslaved tavern worker in Williamsburg. His faith was his passion and a calling to the ministry. At great risk to himself, he preached equality and went on to build Williamsburg’s First Baptist Church, which continues today.

During the Revolutionary War, James Armistead Lafayette was pressed into service by Marquis de Lafayette and provided valuable intelligence on the British forces from Portsmouth to Yorktown. He was granted his freedom at the end of the war.

Edith Cumbo was a resourceful black woman in Williamsburg. She tells the story of the challenges Williamsburg’s free blacks faced.

Fort Monroe, preserved as Fort Monroe National Monument, is located at the southernmost point of the Virginia Peninsula. Its history spans 400 years from Captain John Smith’s explorations in the New World to the first arrival of enslaved Africans in English North America. The story of the fort begins with the arrival of the slave ship White Lion at Point Comfort. Its cargo was “20 and odd” enslaved Africans.

The slave ship was headed to the Spanish Caribbean where slavery was already well established. In the Virginia Colony, slavery did not exist, but the “20 and odd” were traded as enslaved humans. This landing at Point Comfort began 246 years of slavery in the United States and a racial division that continues today.

During the Civil War, Fort Monroe was in Union control, an island in seceded Virginia. The story tells of the arrival of three escaped enslaved men that rowed a small boat through the Chesapeake Bay. Union General Benjamin Butler allowed them to stay under what would be known as the “Contraband Decision.” Simply stated, the general declared the three men contraband, an item that is illegal to be possessed or sold. Within the year, more than 10,000 enslaved people  found refuge in the fort. Soon the fort became known as Freedom Fort.

On February 19, 2021, Fort Monroe National Monument was named a UNESCO Slave Route Project site. The initiative to share the history of slavery has three main objectives: Understanding the causes and consequences, highlighting global transformation and cultural interaction and promoting cultural inclusion and dialogue. There are so many wonderful stories to discover in Virginia. Begin planning your itinerary here at virginia.org/groups/.