Tampa Bay, Something for Every Group

With a reported 360 days of virtual sunshine every year in the Tampa-St. Petersburg/Clearwater area, plus a long string of fine, sugar-white sand beaches and other top attractions, this area of Florida holds great promise for group travel.

The area especially beams the welcome sign when other parts of the country are suffering in snow, ice and cold temperatures. Enjoying a stroll on the beach without a coat or jacket at 72 degrees, biking past palm trees and bright flowers, or spending a day at a major group venue like Busch Gardens are just some of the draws that group planners appreciate.

With an estimated eight million people living within 100 miles, the region is chockfull of things to do and see, including excellent restaurants, cultural opportunities, sporting events, golf and world-class attractions.

The Tampa Bay area has excellent transportation facilities, with the Zagat-rated No. 1 Tampa International Airport and St. Petersburg-Clearwater International Airport. Access is also provided by Interstates 75 and 275 that run north and south, and Interstate 4 that runs east and west, connecting with Orlando, which is just a couple of hours drive to the east.

Amtrak connections in Tampa offer nationwide rail service, and Tampa itself operates a 2.7-mile trolley system near the bay, including tracks through downtown Tampa, the Channel District and Ybor City (the historic Latin Quarter). The familiar clang of the streetcar bell brings back memories for many who ride this yellow and red train, which originally started in 1892.

The Channel District is a lively area offering an enticing combination of dining, shopping and IMAX cinema, just steps from the port’s modern cruise terminals. Channelside’s outdoor plaza is a venue for live music and provides a perfect setting for socializing and enjoying clear, balmy nights.

A number of Caribbean cruise lines such as Carnival, Holland America and Royal Caribbean operate from this port, offering a variety of four-, five-, seven- and 14-day cruise itineraries. The Port of Tampa is Florida’s largest cargo tonnage port, with an annual $8-billion impact on the area; the Channel District teems with ocean-going vessels that are a sightseeing attraction in themselves. 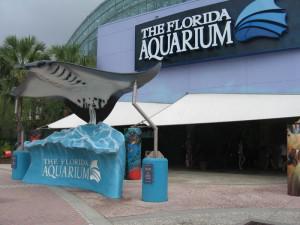 The Florida Aquarium is a popular Tampa attraction. (Photo by Don Heimburger)

The Florida Aquarium, located in the Channel District, highlights more than 20,000 aquatic plants and marine animals from Florida and around the world, including rare and exotic leafy sea dragons from Australia. The aquarium, which will be in the throes of a major renovation in the next few years, features a 5,000-gallon touch tank where visitors can touch cownose rays and bamboo sharks.

At the Coral Reef and Shark Bay viewing galleries, visitors can see colorful underwater wildlife usually not seen. And on the Aquarium’s Bay Spirit II boat, visitors can take a 1½-hour cruise into Tampa Bay to see dolphins and other marine animals. There’s also a colorful water adventure park for children, with water cannons and a two-story pirate ship.

Groups will enjoy Busch Gardens Tampa Bay, a huge African-themed adventure park divided into areas like the Serengeti Plain, Congo, Jungala, Stanleyville, Bird Gardens, Timbuktu and Nairobi. Coaster rides such as the SheiKra sends guests through a three-minute journey 200 feet up, then 90 degrees straight down. Other thrill rides include the Kumba, Montu and the Gwazi. The Rhino Rally jeep tour transports guests through the wilds of Africa, while the Congo River Rapids offers a whitewater encounter in a 12-person raft and the Log Flume with a 40-foot drop. 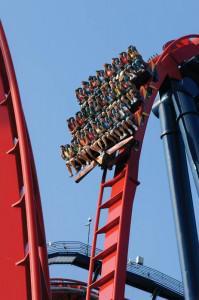 Besides thrill rides, Busch Gardens offers family-friendly shows, including KaTonga: Musical Tales From the Jungle, which takes guests on a journey to Africa in a 35-minute celebration of animal folklore. Rock A Doo Wop is an all-new show at the Marrakesh Theater featuring hits of the ’50s and ’60s. In another park performance, Sesame Street characters Elmo, Cookie Monster and Big Bird try to save the Sesame Street Film Festival.

In the park’s 65-acre Serengeti Plain, hundreds of exotic African animals can be seen from the Serengeti Express Railway, Serengeti Safari and various walkways. For information on group activities at Busch Gardens, call 888-800-5447.

Military veteran groups will appreciate the presentation offered at the Armed Forces Military Museum in Largo. Vehicles, tanks, aircraft, uniforms, literature and interactive displays tell the story of World War II, and the Korean and Vietnam wars. There’s an Officer’s Club room available—housed in a replica of a WWII Quonset hut-—for group functions and dinners.

With all the activity, your group will want to eat heartily. The Columbia Restaurant in Tampa, established in 1905 and Florida’s oldest Spanish restaurant, was named an all-American icon by Nation’s Restaurant News and is one of only 50 restaurants in the U.S. chosen for this honor.

The chain of Crabby Bill’s seafood restaurants is a favorite with many. Since 1968, the Loder family has been serving oysters, clams, all kinds of fish, lobster and shrimp in a fun atmosphere where guests are treated as family. The business is run by Matt Loder and his wife, daughters, son, uncles and cousins. Large groups are welcome. 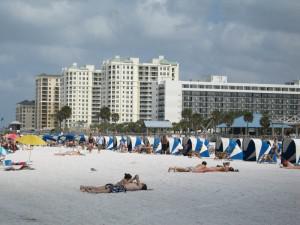 St. Petersburg/Clearwater, situated a few miles to the west of Tampa, has some of America’s best beaches and welcomes groups. Clearwater Beach sits on a lush peninsula bordered by a string of barrier islands, and beyond that lies the Gulf of Mexico. With palm-studded, white-sand beaches (totaling 35 miles in the St. Pete/Clearwater area), coastal mangrove forests and abundant wildlife such as dolphins sea turtles and pelicans, it’s an area of natural beauty.

All along the area’s beach communities are hotels, motels, resorts, restaurants and boutique shops. During the day, the beaches take center stage as thousands enjoy the balmy breeze, the sunshine and the waves. In the evening, a nightly performance starring the sunset brings more curious down to the water at Clearwater Beach’s Pier 60.  For groups, there are tropical party cruises, dolphin sightseeing cruises, sunset dinner cruises, fishing charters and even pirate cruises for the young. Many of the cruises leave from either the Clearwater Marina or John’s Pass Village and Boardwalk.

Off the beach, there are a number of nature preserves to hike through, the new Salvador Dali museum in downtown St. Petersburg, and performing arts halls such as Clearwater’s Ruth Eckerd Hall. The Salvador Dalí Museum is the home of the world’s most comprehensive collection of the renowned Spanish artist’s work. Compiled by A. Reynolds Morse and Eleanor Morse over a 45-year period, it is celebrated for its 96 oil paintings and 100 watercolors.