Stories of the Protestant Reformation Captivate Visitors to Germany’s heartland 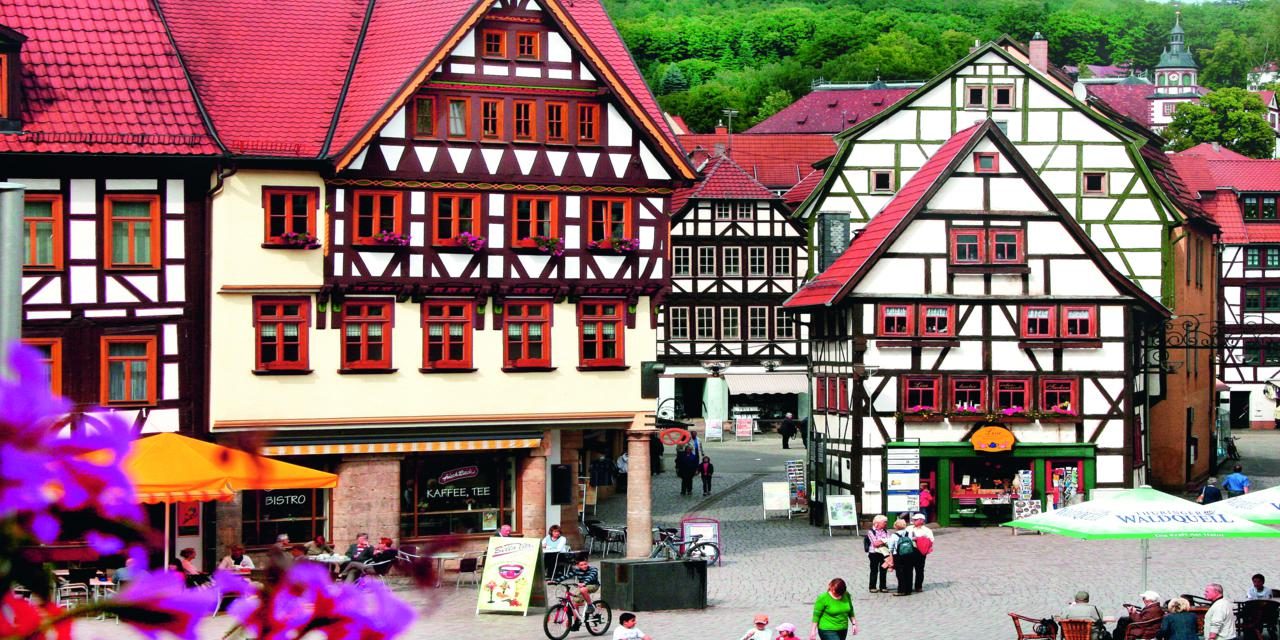 This year, all eyes are on Germany, one of the top destinations in the world, as it chronicles the Luther Decade and 500 years since the Protestant Reformation. Easy to get to and conveniently located in the center of Europe, Germany is a land of vibrant, exciting towns and cities, lush green forests, sparkling lakes and rivers, fascinating mountains and long-held traditions.

In 2016 the number of U.S. overnight stays in Germany reached almost 5.75 million, an increase of 2.5 percent over the year before. U.S. World & News Report’s recent “Best Countries of the World” survey ranked Germany #4.

Thuringia, located right in the middle of Germany, is the very heartland of the Reformation and an exceptional place to focus on Luther. The cities and towns, museums and churches in Thuringia are going all out in 2017 to highlight the importance of this milestone decade. Events of all types, exhibitions, special spiritual services, conferences and discussions, art and artifact displays, and more combine with the beautiful countryside of Thuringia to form a special destination for groups of all kinds and interests.

In Thuringia, your group members can follow Martin Luther’s footsteps along the Luther Trail and recreate the route taken by the reformer 500 years ago. Nestled in a varied landscape, the trail winds through almost 622 miles across Thuringia and is linked to emotional and eventful encounters with the reformer and many fascinating Reformation venues, such as cities and churches. You can still visit these churches today and see the pulpits from which Luther preached, and where pastors still preach today.

Would you like to see the cobbled streets, half-timbered houses and ancient churches that played a role in the Reformation, and experience the long, intriguing history of Germany? Would you like to learn how Luther’s influence spread throughout Western Europe and eventually to the United States?

Thuringia invites you to discover this and much more in 2017 and beyond. Thuringia’s people, towns, natural beauty and incredible history are waiting for your group members. It’s a journey they’ll not want to miss. 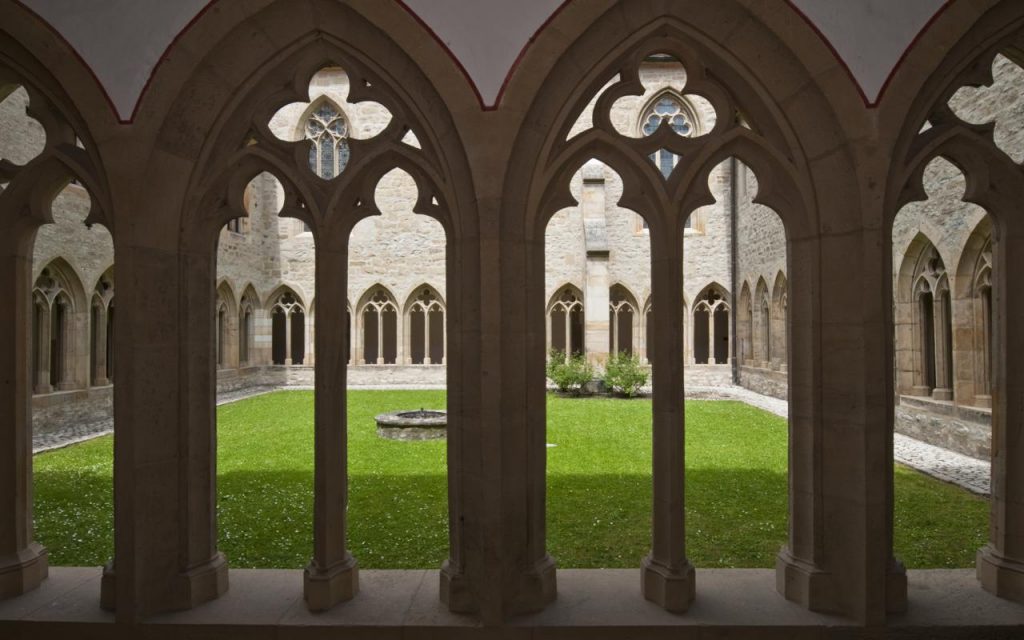 Luther once said that Erfurt, Thuringia’s capital city, was “the perfect place for a city.” Being more than 1,260 years old, it’s located in the very center of Germany, and it was where Luther became an ordained priest at the St. Mary’s Cathedral.

The town’s Domplatz, one of Europe’s largest squares, sits next to this impressive central church, which is the oldest ecclesiastical building in the city.

Erfurt’s many quaint half-timbered buildings, along with its profusion of some 30 spires and steeples, make it the “Rome of the North” and one of Germany’s most beautiful cities. Here Luther lived as a monk in the Augustinian Monastery, a national heritage site. And be sure to visit the city’s landmark Krämerbrücke, the unusual Merchant’s Bridge over the Gera River, built in 1325.

For more Reformation discoveries, visit Luther House in Eisenach, Luther’s “beloved city.” Here, where Luther lived as a schoolboy from 1498 to 1501, you can view historic treasures and gain new insights into his youth.

At the 550-year-old Bach House, see more than 250 exhibits dedicated to the famous composer Johann Sebastian Bach. On display are Baroque instruments, a goblet from the Bach household, the garden and much more.

Schedule a trip to the impressive Wartburg Castle, founded around 1067. Wartburg played a pivotal role in the success of the Reformation, and thousands visit the fortress yearly to see where Luther lived in exile. Visit the famous rustic room where Luther crafted powerful words that shook the foundations of the established world. 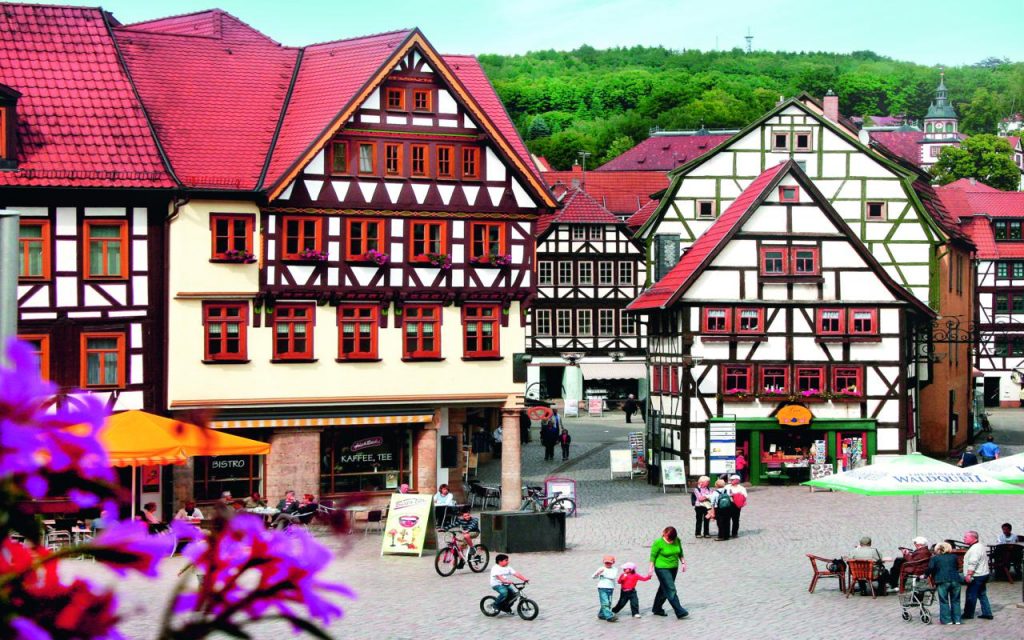 The medieval town of Schmalkalden was the site where Protestant princes and representatives of free imperial cities met in the 16th century to join forces against Catholic Emperor Charles V. Their alliance brought many rulers to the town, with Luther and other reformers preaching to them. 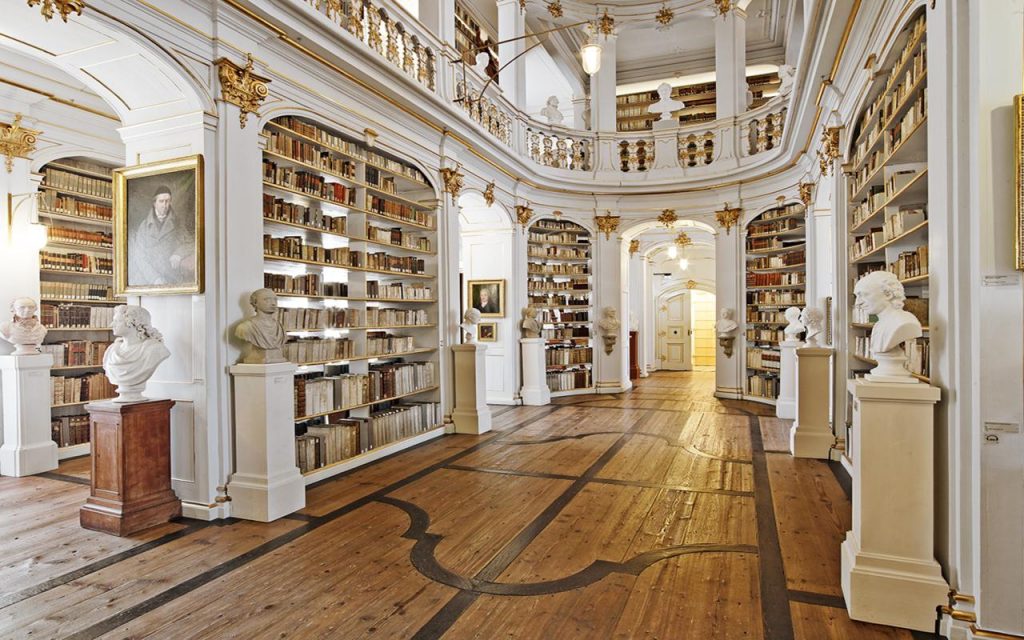 Historical epicenter of the German Enlightenment, Weimar is called “The City of Culture.” Names like Goethe, Schiller, Bach and Cranach are well known here, and Luther visited often. Weimar was one of the first cities to embrace the Reformation.

The magnificent St. Peter and Paul Church is one of Weimar’s several UNESCO World Heritage Sites and home to the legendary Lucas Cranach triptych altar. Also, the fascinating Duchess Anna Amalia Library is a research library with a collection focusing on German liter-ature; it preserves important documents dating from the 9th century.

The Goethe National Museum is world-renowned for its presentation and study of Johann Wolfgang von Goethe’s life and legacy. It comprises Goethe’s residence and garden and includes a portion of the writer’s private art collection.

At the Schiller House, you can see personal items of the poet-writer-philosopher Friedrich Schiller, along with exhibits that give visitors a look at domestic conditions in the Schiller household.

In addition, Weimar is the site of the Bauhaus design movement, which began a concept of creative building and interior decoration that included artists and teachers such as Feininger, Itten and Muche.

The Tasty Side of Thuringia

A visit to Thuringia is best when the region’s culinary delights can be sampled. Try the famous Thuringian sausage with spicy mustard, roasted meat with potato dumplings and red cabbage, and a slice of delectable onion cake, a cross between quiche and pizza. And at Christmastime the authentic butter Stollen, a special holiday cake, is a favorite.

■ The Schmalkaldic League –
The Political Wing of the Reformation Castle Wilhelmsburg, Schmalkalden

Cultural festival at castles  throughout Thuringia
May 18 – 21

Thuringia’s biggest and oldest fair, where it is all about the onion October 12 – 14

End of November – end of December