Step Back in Time at These Historic Homes 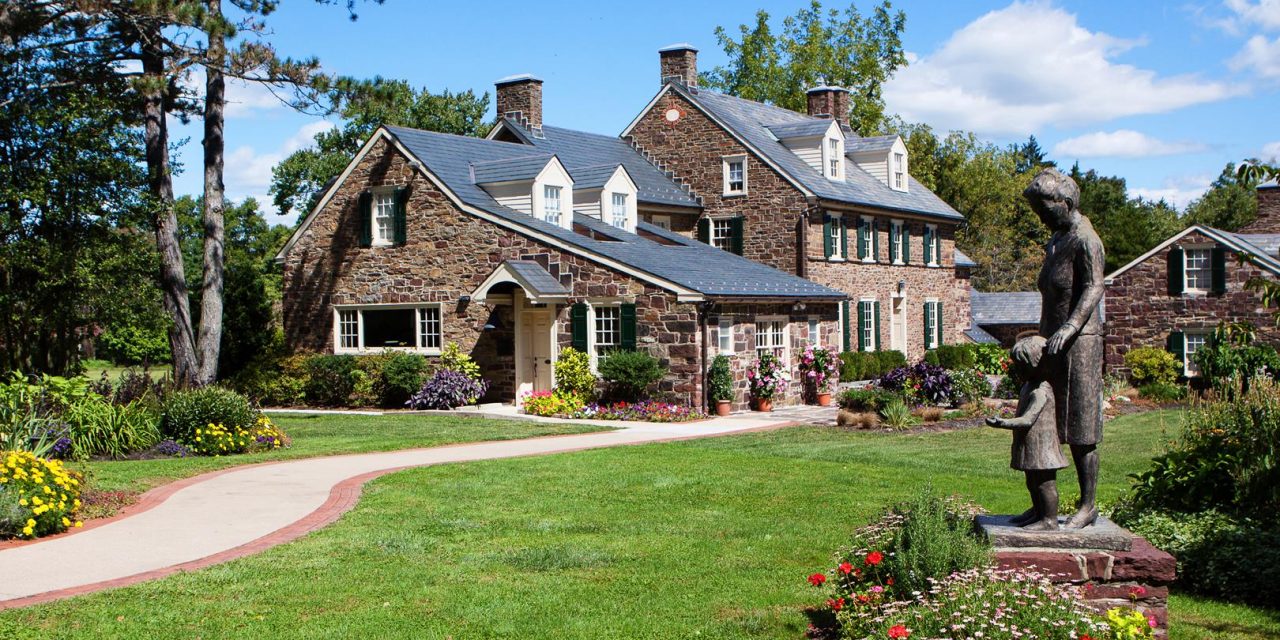 Magnificent Pennsylvania mansions will impress groups of all ages

Philadelphia was the first capital of the United States, so it’s no surprise you’ll find historic homes all throughout Pennsylvania. You can follow the Historic Homes Trail and focus your entire tour around these historic sites, or just visit some of the properties listed below to step back in time for a day.

A summer day is the perfect time to visit Grey Towers. The home was built in French chateau style as a summer home for the Pinchot merchant family in 1886. The property belongs to the US Forest Service, which was founded by Gifford Pinchot (who also served as Pennsylvania’s governor for two terms). 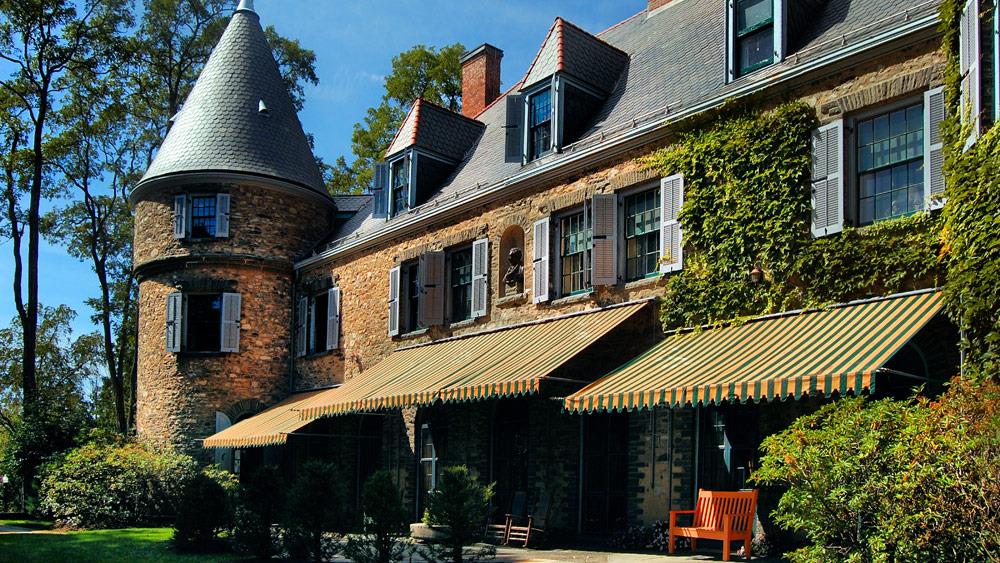 Visitors enjoy a one-hour tour of the mansion, which includes the first-floor rooms and gardens. There are also several selfguided options that can take you through a historic cemetery, through the forest or around the grounds. The outdoor features were as important to the Pinchots as the mansion. Along with the gardens, the grounds
contain “The Finger Bowl,” an outdoor dining room with a water-filled table where food was served floating on balsa rafts. You can also stop in the “Letter Box,” formerly the governor’s office, to view a film containing snippets of Pinchot home movies. Grey Towers is accessible, with a disabled drop-off location at the mansion entrance. Those who would like to stroll the walkway to the entrance can take rest breaks at benches along the way. The mansion tour is completely accessible and the garden includes accessible ramps to most of the features.

William Penn lived in America for only four years, yet he achieved so much that we think Pennsylvania is named for him. Actually, our William Penn named the area after his father, also named William Penn. Pennsbury Manor was our William Penn’s country estate as well as his office. Visitors to the 17th century property get to enjoy the historic house along with the scenic setting next to the Delaware River. On Living History Sundays, William Penn returns for a visit, as do many colonial trades- and craftspeople. You might witness a colonial wedding—or a colonial witch trial.

Group visitors explore colonial life with a guided tour of the house, a video and the exhibit William Penn: Seed of a Nation. If you’ve a special interest in history, the manor can provide a guide to travel on your bus to visit several other mansions in the area. Depending on how many homes you see, this option takes five to seven hours and requires at least 12 participants. Lunch at a historic inn is included. Pennsbury Manor is ADA-compliant.

One of the unmissable sites in Pennsylvania is the Gettysburg National Military Park, where the Battle of Gettysburg finally pointed clearly toward a Union victory in the Civil War. But the war’s impact extended beyond the battlefield. A visit to the Shriver House Museum allows you to see how the war affected civilians. 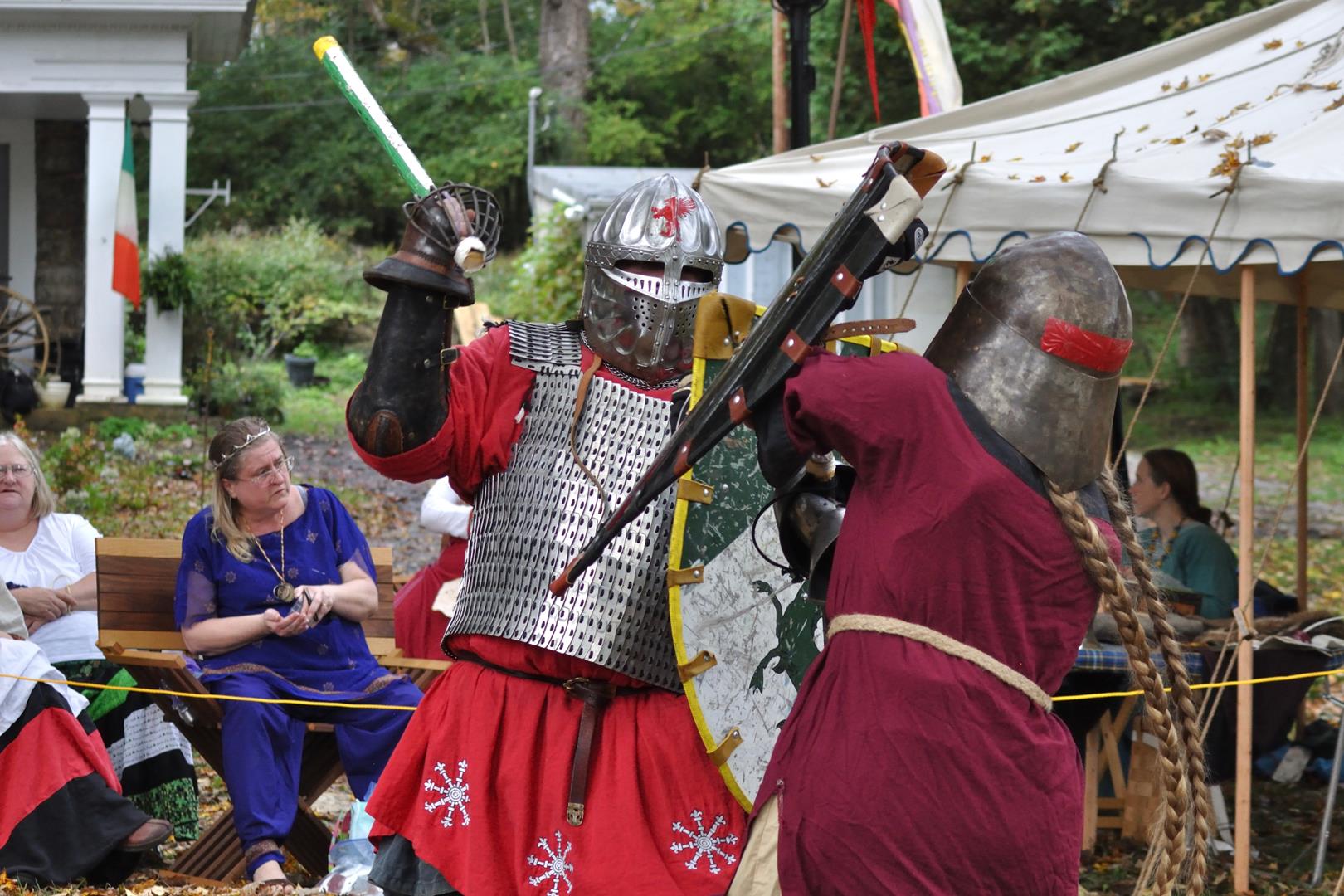 The structure dates to 1860 and was built as a combined house and business: Shriver’s Saloon & Ten-Pin Alley. The rooms all still have period furniture, including the attic with its sharpshooters’ nest.

Visitors follow a docent in period costume to explore the house. Bullet holes in the walls show just how close the battle came; the war was here, with Confederate soldiers occupying the home. If you time your visit right, you may get to see a Civil War reenactment taking place.

The daughter of missionaries, Pearl S. Buck was taught respect for the Chinese they lived among. Once she grew up, her writing work embraced and further promoted that attitude and the civil rights movement. She won the Pulitzer Prize for The Good Earth and ultimately the Nobel Prize for Literature. Buck’s humanitarian work remains an inspiration, and her house in Perkasie is today a National Historic Landmark offering tours and experiences that continue her legacy of intercultural exchange. 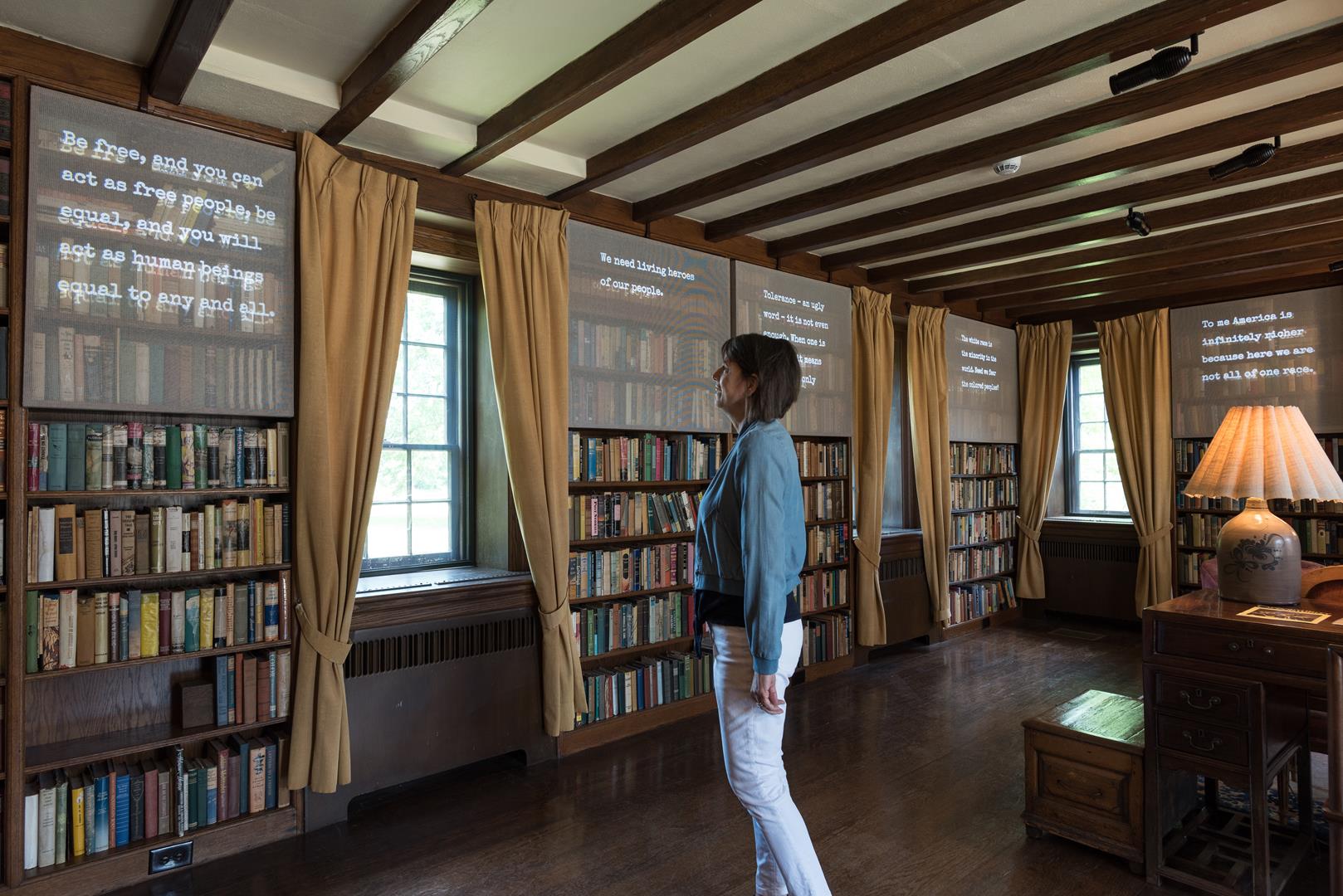 Visitors can tour the home, still furnished with objects from the period her family lived there. There’s the option for buffet or boxed lunch as well; perhaps more important, there’s a tour option that goes beyond simply a “tour” and engages guests in a dialogue on topics related to the marginalized peoples so important to Buck. Visitors can also explore the grounds, with its gardens and the gravesite where Buck is buried.

Today’s families move around a lot. Boals for more than 200 years and eight generations. A visit there is a trip through one family’s American experience. Since that family was descended from the kings and queens of Europe, they have quite an experience to share! 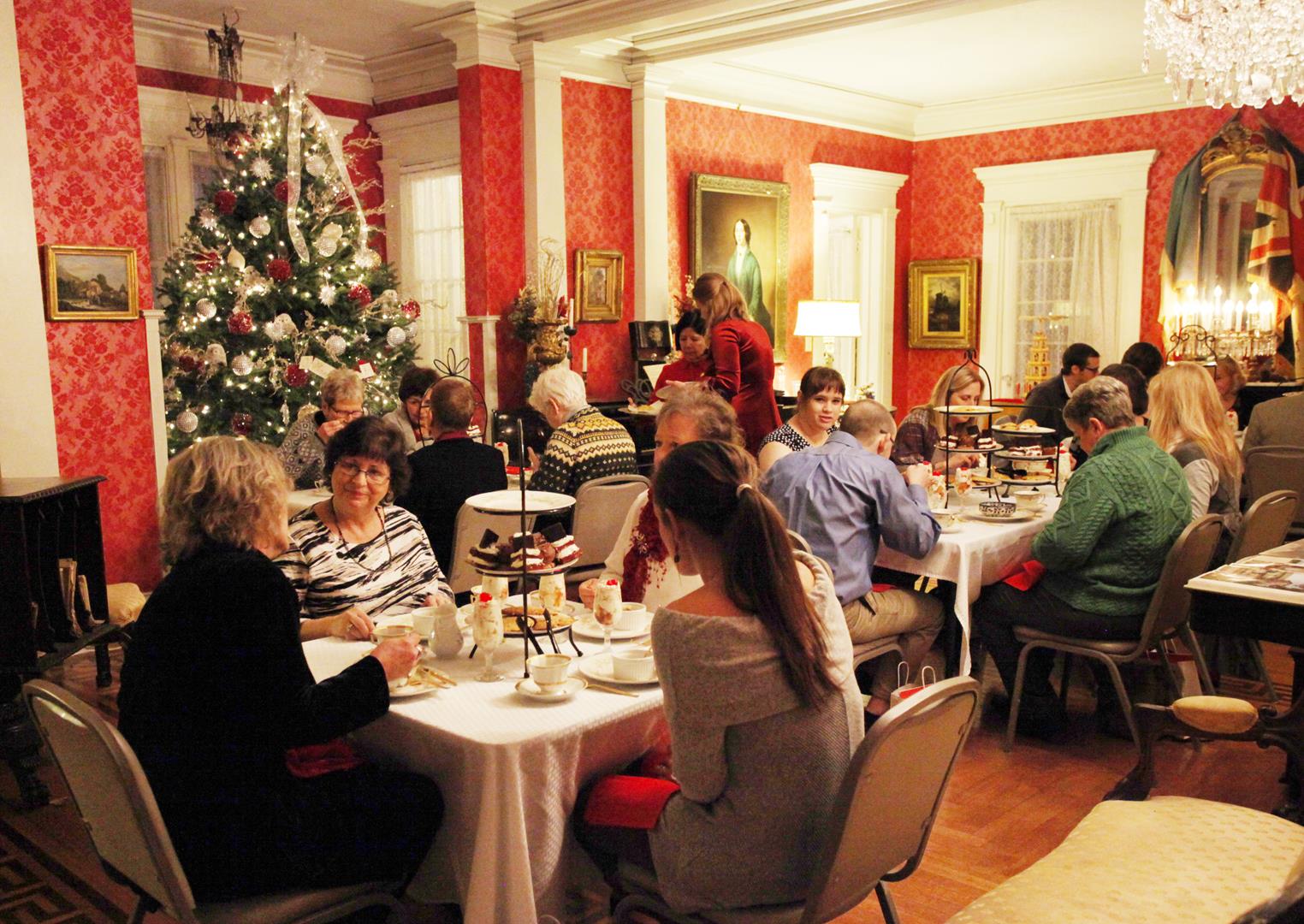 The museum will be doubling the size of its exhibits in time for the 2019 summer season. Visits include a tour of the Boal Mansion, with original furnishings, and the Columbus Chapel—yes, that Columbus (a relative by marriage), and the chapel’s furnishings include his desk and statues that may have sailed with him, along with two pieces of the “True Cross.” You will also have the opportunity to walk around the grounds. Consider timing your visit to special events, which include concerts, an antiques faire (accompanied by summer-fresh berries) and a Renaissance festival. 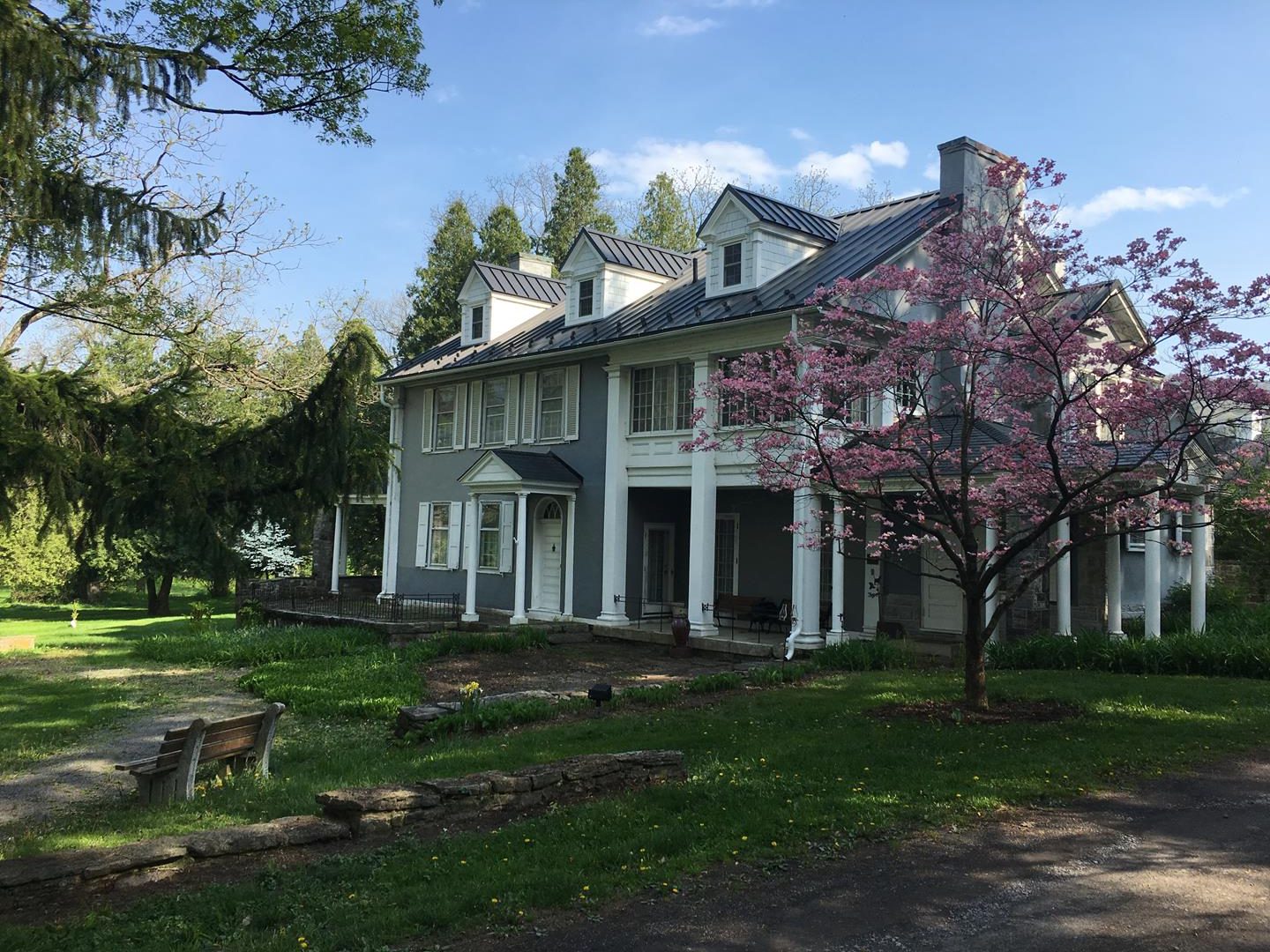 It’s hard to remember, but Pennsylvania was once rough country. Daniel Boone was born in the Oley Valley during the early settlement days, and it’s here he learned the skills that let him settle the even rougher Kentucky territory. Visit the Daniel Boone Homestead in Birdboro to get a glimpse of daily life back in the early 18th century. You can explore his house, along with other historic buildings including a Smokehouse and Blacksmith Shop, set in the gently rolling countryside. The property can be visited with either a guided or self-guided tour. The Visitor Center houses exhibits and a 15-minute film about Daniel Boone’s life (after visiting, maybe you’ll be able to keep him and Davy Crockett straight?). There are occasional living history demonstrations, and trails allow you to explore the countryside he loved.